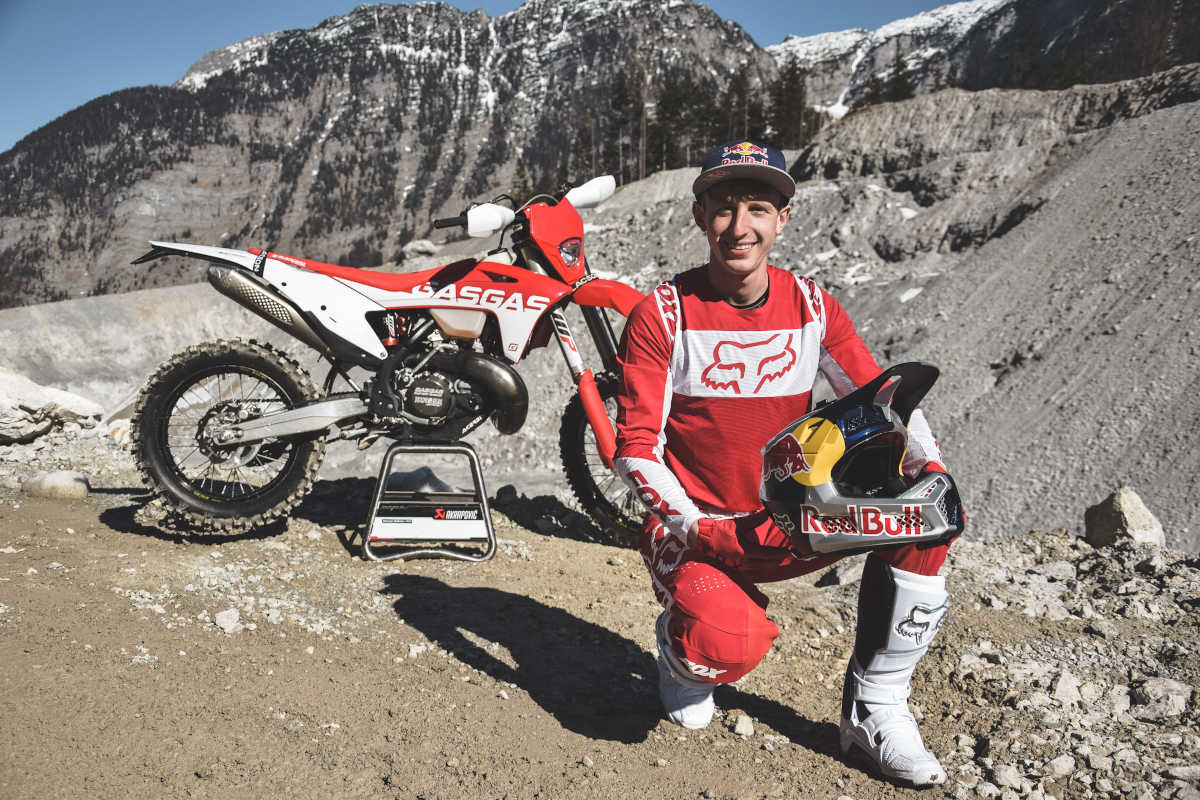 The young Austrian rider, whose day job is an official R&D rider for the Austrian manufacturer, will become the third official enduro rider in the team which recently also announced E1 World Champion Andrea Verona in the EnduroGP World Championship.

With the 2021 HEWC planned to start in May at Extreme XL Lagares in Portugal, Walkner will race the opening two rounds of the Italian Enduro Championship (in March) to put some race time on the clock before switching back to extreme enduro onboard the EC 300 two-stroke.

Walkner has pedigree aside from his full-time job is as an R&D rider by the way. A steadily improving set of results in recent seasons is topped out with seventh place overall at the 2020 Red Bull Romaniacs.

“This is so exciting for me.” Explains Walkner. “I ride GASGAS bikes almost every day so to now be competing for the brand, it’s a real honour.” Michael has just spent time testing suspension with his new GASGAS Factory Racing teammate Andrea Verona which was a big test for the 24-year-old. “I learned so much and it was during those few days that I decided I wanted to give racing my best effort.

“Supporting Michael as an official GASGAS Factory Racing junior rider gives him the backing he needs to compete at the next level.” Says GASGAS Factory Racing Enduro Team Manager, Fabio Farioli. “We’re not putting any big expectations on Michael, we simply want to help him develop his talent and allow him to take on the FIM Hard Enduro World Championship with the right level of technical support.”