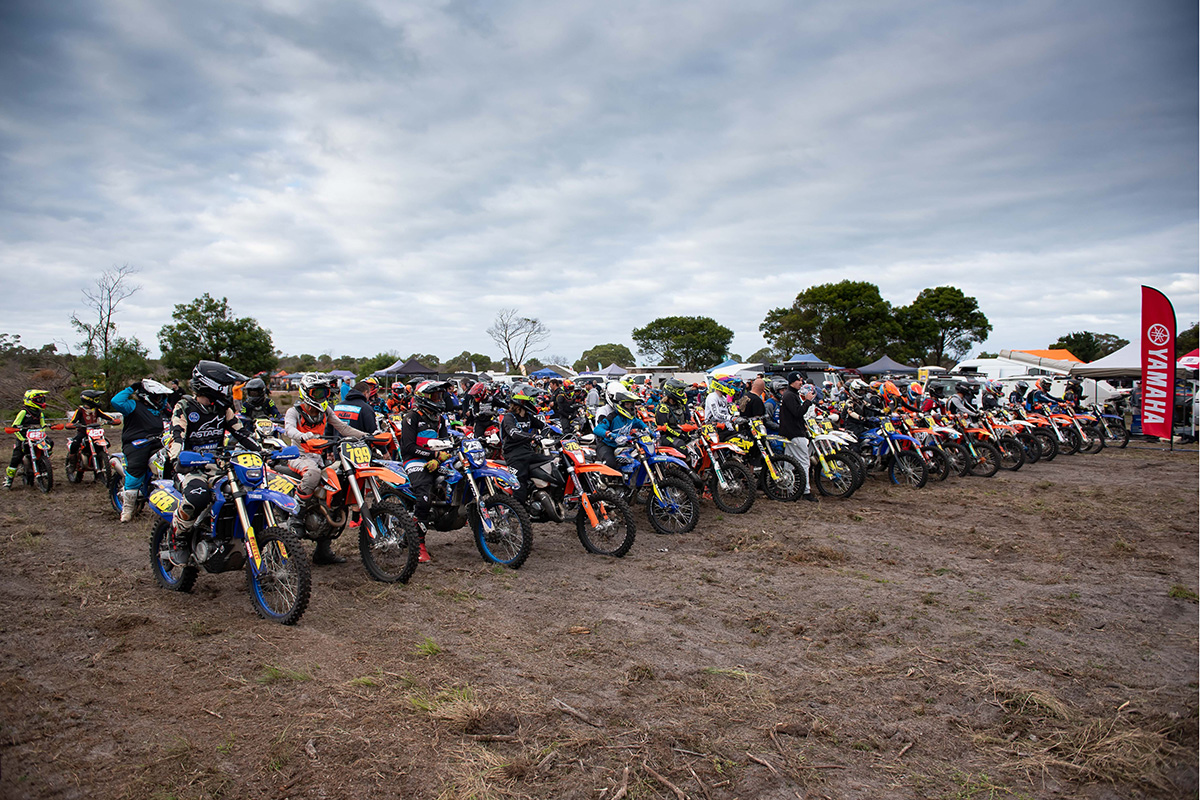 Motorcycling Australia optimistically announces a 12-round Australian Off-Road Championship (AORC) season in 2022 running across five states as travel restrictions (hopefully) ease down under.

Off-Road motorcycle racing in Australia has been incredibly hard-hit by the pandemic, to the point where the past two seasons have basically been wiped out.

But good news looks to be on the horizon with the announcement from Motorcycling Australia the 2022 AORC calendar is at least a thing. The fresh slate after so much turmoil will see 12 rounds fomr March to October, running across five states and finishing in Tasmania.

We heard this news 12 months ago of course and things certainly didn’t go according to plan with heavy restrictions on travel affecting everyone, not just enduro riders.

One rider who looks like he won’t be lining up in AORC in 2022 is Daniel Milner who’s pencilled in for a switch to the EnduroGP World Championship Enduro21 understands. With Daniel Sanders leaving for Rally the previous year and now Milner, that leaves the title chase wide open for the first time in a few years.

The 2022 AORC season will begin with the double-header in Victoria in March, rounds three and four move onto Mackay in Queensland, on April 8-9 in a double-header weekend running alongside the ProMX series.

Tasmania will host the finale at Wynyard on October 8-9. The final two rounds of the 12 round championship will visit Tasmania the first time in the AORC’s 15-year history, thanks to the support of Tasmanian State Government.

The remainder of the series’ dates are yet to be announced but Peter Doyle from Motorcycling Australia is positive about the year ahead. “The AORC management team have worked hard over the COVID-19 period to ensure the 2022 Championship will provide sensational racing at venues riders have been to before as well as providing some new challenges for our riders.

“With strong backing from our industry partners, host clubs ready to shine, and big fields expected, we know riders can’t wait to fire into a bigger and better 2022 Championship year.”