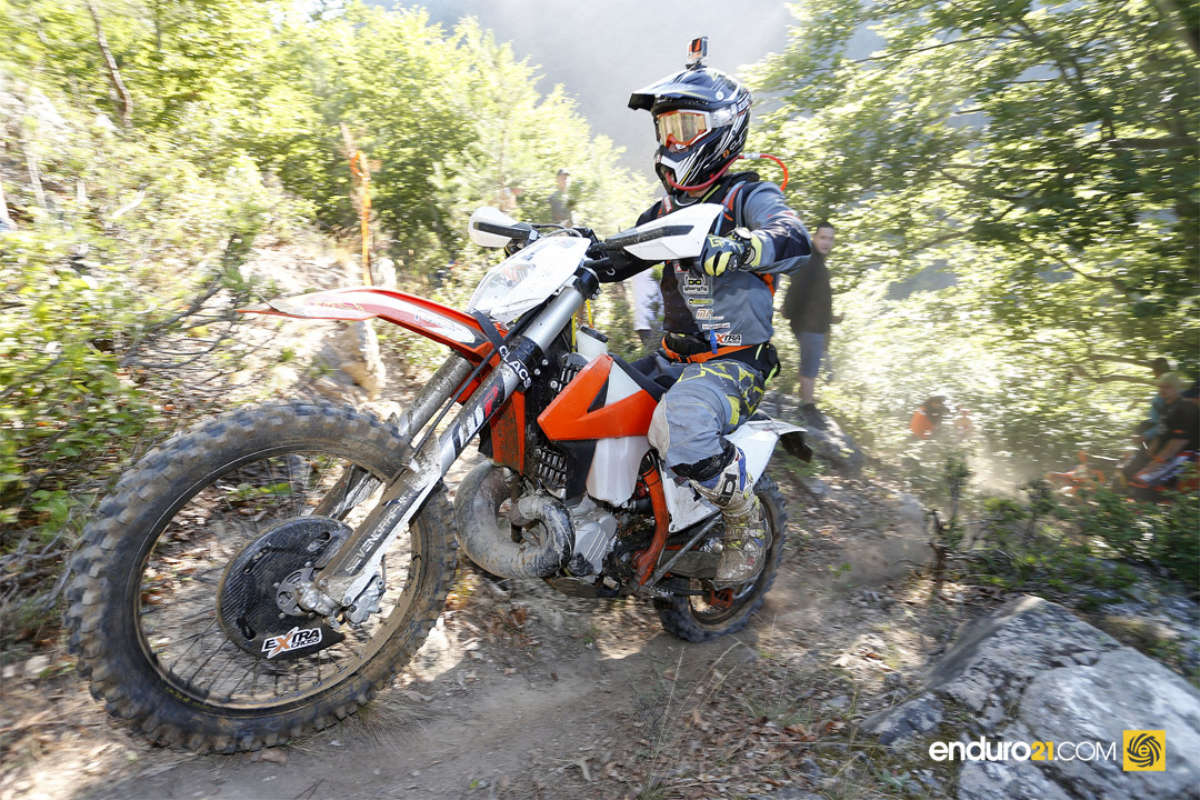 It seems that KTM have reworked their line of two-stroke enduro bikes for 2017.

Tight lipped about what exactly he was riding, there wasn’t too much info given away. Things were pretty hush hush, adding further fuel to the fire that something exciting is in the pipeline.

What we can tell you is that this bike appears to be completely reworked.

New frame, new engine and new body work that matches up with the current motocross four strokes on offer. 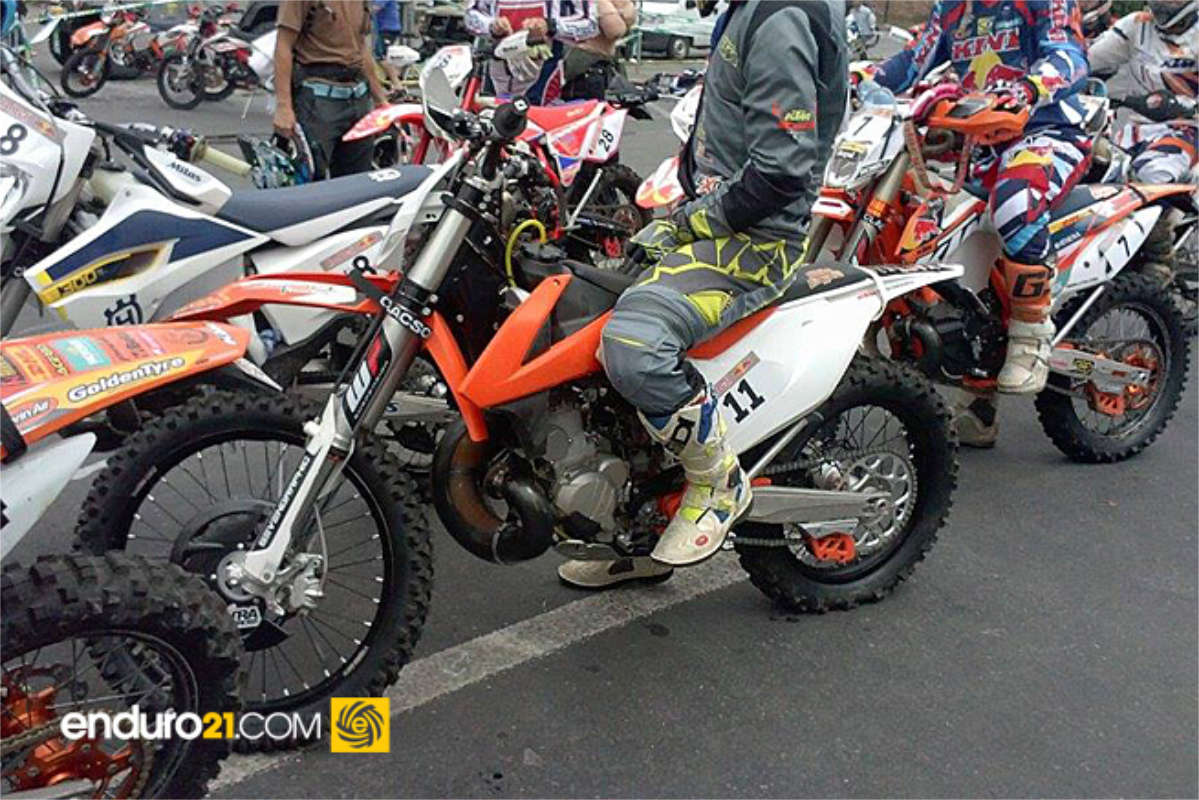 Engine wise and things are very new looking indeed. Casings are completely redesigned and very interestingly so too does the starter motor. Gone is the bulky black plastic casing unit that was bolted onto the right side of the engine. Now it appears to be part of the casing and sitting to the rear of the engine – similar to a four-stroke model. Good news is that a kick starter still remains.

A Mikuni carburettor appears to have replaced the Keihin setup up. Rumours were rife that the motor was fuel injected but the carburettor currently dispels that theory.

Lars rode with a smaller black fuel tank for the prologue but later swapped it for a larger transparent tank for the off road days.

Unfortunately we’ll have to wait another few months to find out exactly is coming but for now these images give a pretty good indication.