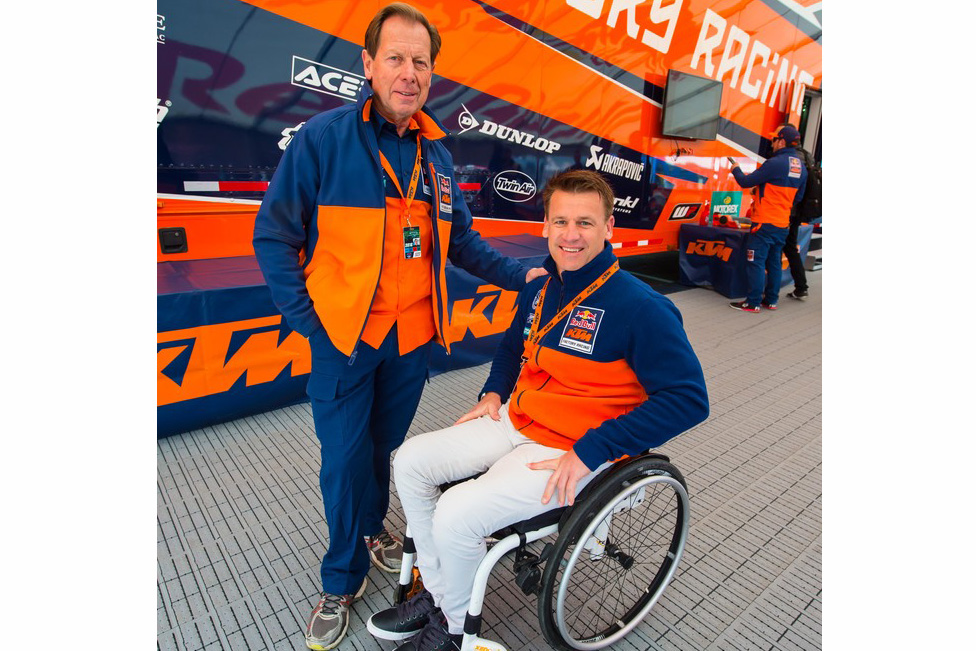 As a five-time Motocross World Champion with a record 36 500cc Grand Prix victories in the 1970s, Roger De Coster’s legendary story spans across multiple generations making him one of the most iconic figures in the sport. As a Team Manager, De Coster led the first American team to win the Motocross des Nations in 1981 and since then, he has led the USA Team to 20 of the 22 event victories.

In 2011, De Coster and his esteemed staff came to KTM alongside Ryan Dungey and the Belgian proved to be instrumental in elevating the Red Bull KTM Factory Racing Team to the position of champions. Over the last decade, De Coster’s role has continued to evolve and now with the U.S. SX/MX squad in the capable hands of Team Manager Ian Harrison, De Coster has embraced a more senior position for all brands in North America.

Currently in his 10th year with the KTM family, De Coster’s new agreement will extend through the 2022 race season.

Stefan Pierer, CEO KTM AG: “We are thrilled to continue an even stronger partnership with Roger as the backbone of our supercross and motocross division in North America. His ongoing commitment to push our brands to a winning stature is undeniable and we look forward to continuing the growth of U.S. motorsport strategy under Roger’s supervision.”

Pit Beirer, KTM Motorsports Director: “Now in the 10th year of a very effective working-racing relationship, Roger has cultivated a championship culture in the U.S. that began first with ground-breaking race-wins, then a first-time World Championship, and now a reputation of the highest regard as five-time AMA 450SX World Champions with Ryan Dungey, Jason Anderson and Cooper Webb. We are pleased to continue this successful relationship for another two years.”

Roger De Coster, Director of Motorsports, North America: “I’m happy to re-sign for another two years and I’m proud to continue working with a company who is so dedicated to their racing efforts. We are all very happy with the recent announcement of the 2020 Pro Motocross schedule and we can’t wait to get back to racing this summer. I’d like to thank Mr. Pierer, Pit and all the guys who work so hard to allow us to be where we want to be.”