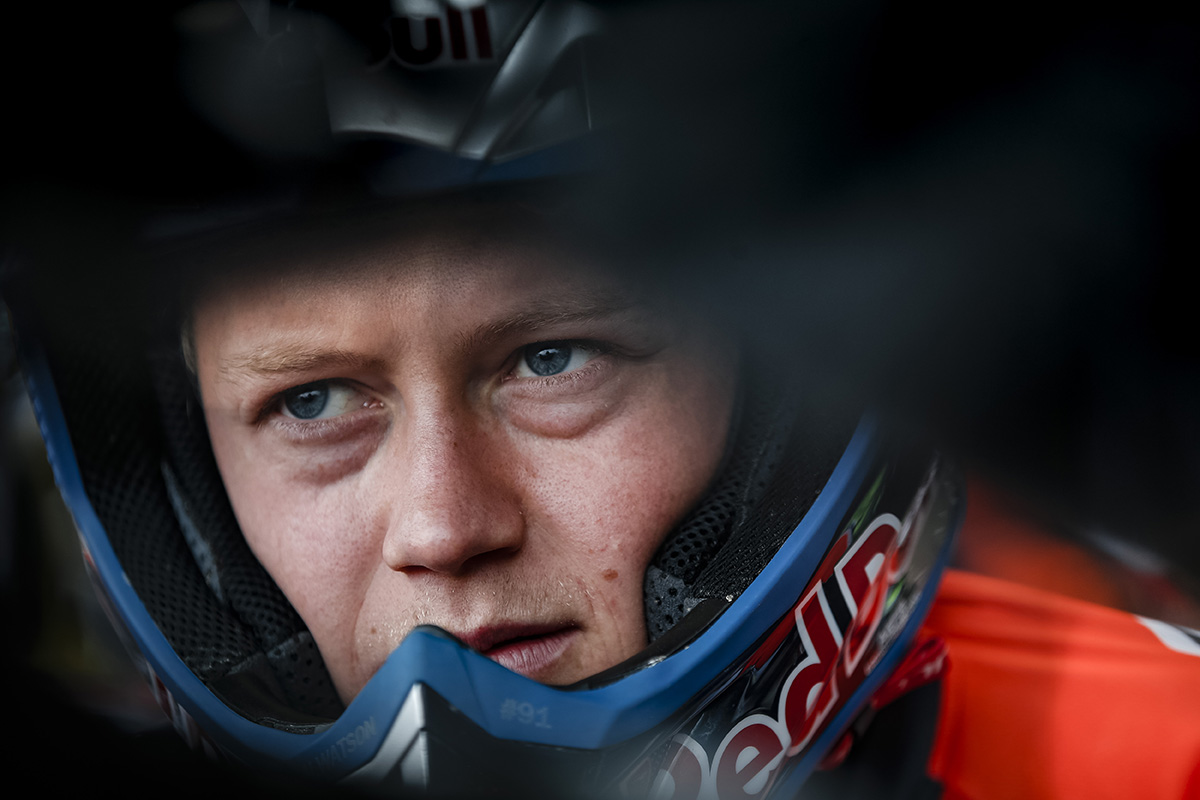 Nathan Watson will return the EnduroGP World Championship with RedMoto Honda at the final two rounds of 2021 in Portugal and France – Honda team boss hints at potential full-time return in 2022 for the British rider.

The former EnduroGP, Le Touquet, French Beach Race and WESS championship round winner Nathan Watson is back on a bike with lights for the final EnduroGP rounds of 2021 season in Portugal and France on October 8-10 and October 15-17.

“Things have come together pretty quickly, to be honest,” explains Nathan about his temporary, possibly permanent, move to RedMoto Honda. “I’m really looking forward to racing in Portugal and France. There’s no pressure, I just want to enjoy it, get to know the team better, and do the best I can.”

Watson will not have an easy time of it, he’ll jump right into the highly competitive Enduro2 class with riders like Josep Garcia, Wil Ruprecht, Hamish Macdonald and his teammate at Redmoto Honda, Thomas Oldrati.

The 26-year-old is no stranger to the heat of GPs though. His roots are in the British and MXGP world championship before switching to EnduroGP in 2016 when the British rider took his first enduro woods win at the Swedish round the same year.

As part of the KTM factory squad, Watson was a front-runner in EnduroGPs before the manfacturer moved to the then WESS series with mixed results for Watson who, it must be said, was not at home in the extreme enduros in that series.

Where he did excel though were the cross-country and sand races like the Hawkstone Park WESS round and in the French Beach race series with victories at Le Touquet.

“I haven’t been doing too much riding recently, I was taking some time off after a really hard year.” Watson continues. “I’d been training all last winter for the French beach racing series, which got cancelled, then the team I was with decided to take me to the MXGP, so I worked hard to get ready for that as best I could.

“That obviously didn’t go too well, and generally I had a bit of a rough time. I guess I had a ‘what if?’ with motocross and wanted to get back and see how I could do. But now I realise it’s not for me, not the world championship anyway. And I just needed a bit of time out in the last few months.

“That’s when Matteo contacted me, a few weeks back. He asked if I’d be interested in racing the final two EnduroGP events. And here I am, getting ready for those races. I’m just back in the UK after a few days testing with the team in Italy.

“We are proud to have Nathan Watson join our team for the final two rounds of the FIM EnduroGP World Championship in Portugal and France. He will compete in E2 on the Honda RedMoto CRF450RX where he will be up against the best riders in what is considered the top category of Enduro World Championship.

“At this time of the season, we are laying the foundations for the future, and Nathan has been racing with Honda for the last year, so we spoke to him a few days ago about this opportunity. It was a bit crazy, but he accepted immediately, after he flew to Italy for a few days of testing, we are ready to go.”