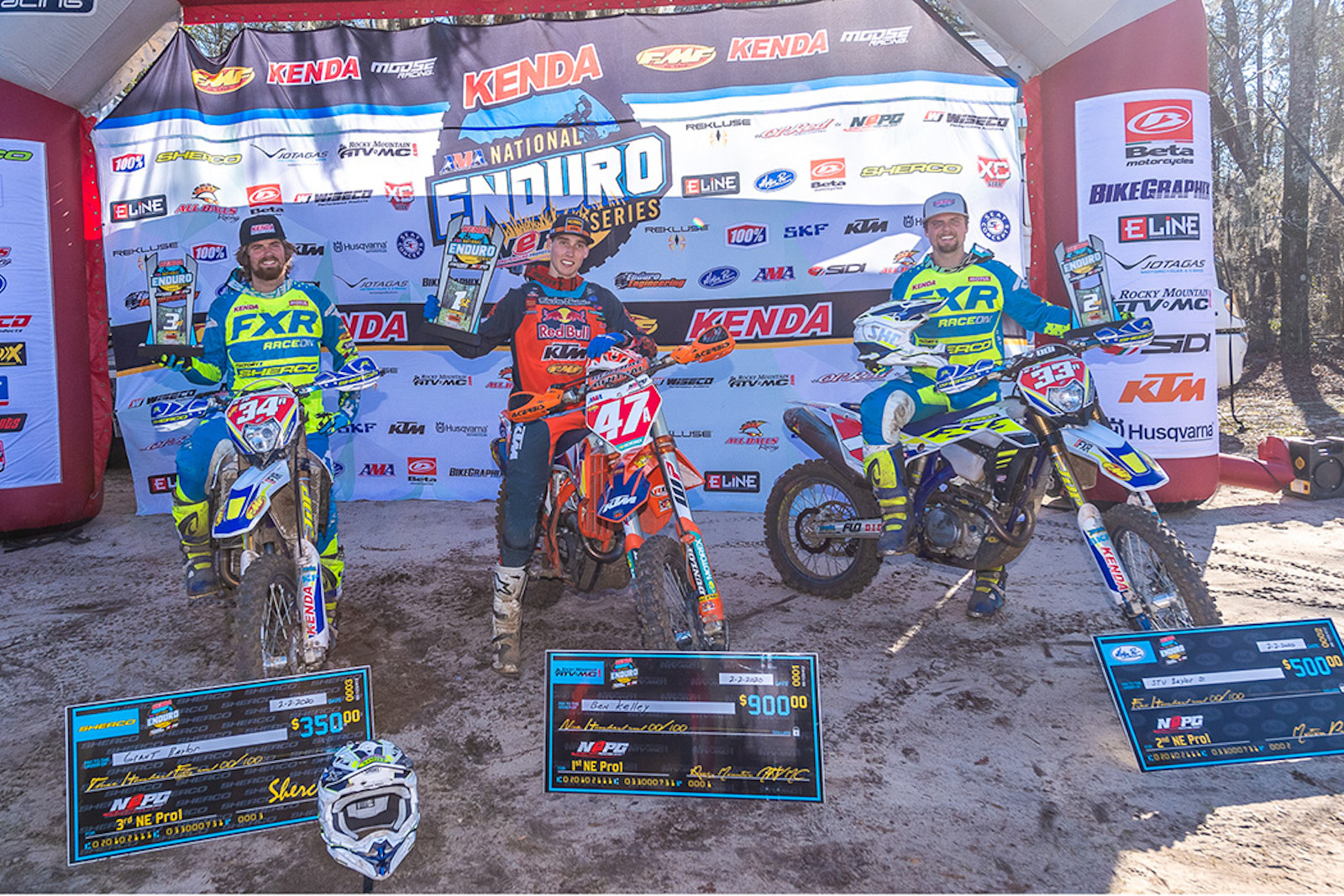 FMF/KTM Factory Racing’s Ben Kelley jumped into Enduro test mode in South Carolina for round one of the 2020 Kenda AMA National Enduro Series and came out on top after taking it to the wire with Steward Baylor.

Demand for a spot in the Sumter Enduro this season was off the rails as 780 riders signed up in the first eight minutes after the entries opened, with over 60 riders sitting on a waiting list. Great news for NEPG series, event organisers and the sport in North America.

The Sumter win was the first-ever National Enduro victory for Ben Kelley who turns to the series this season after a year away from enduro test action. 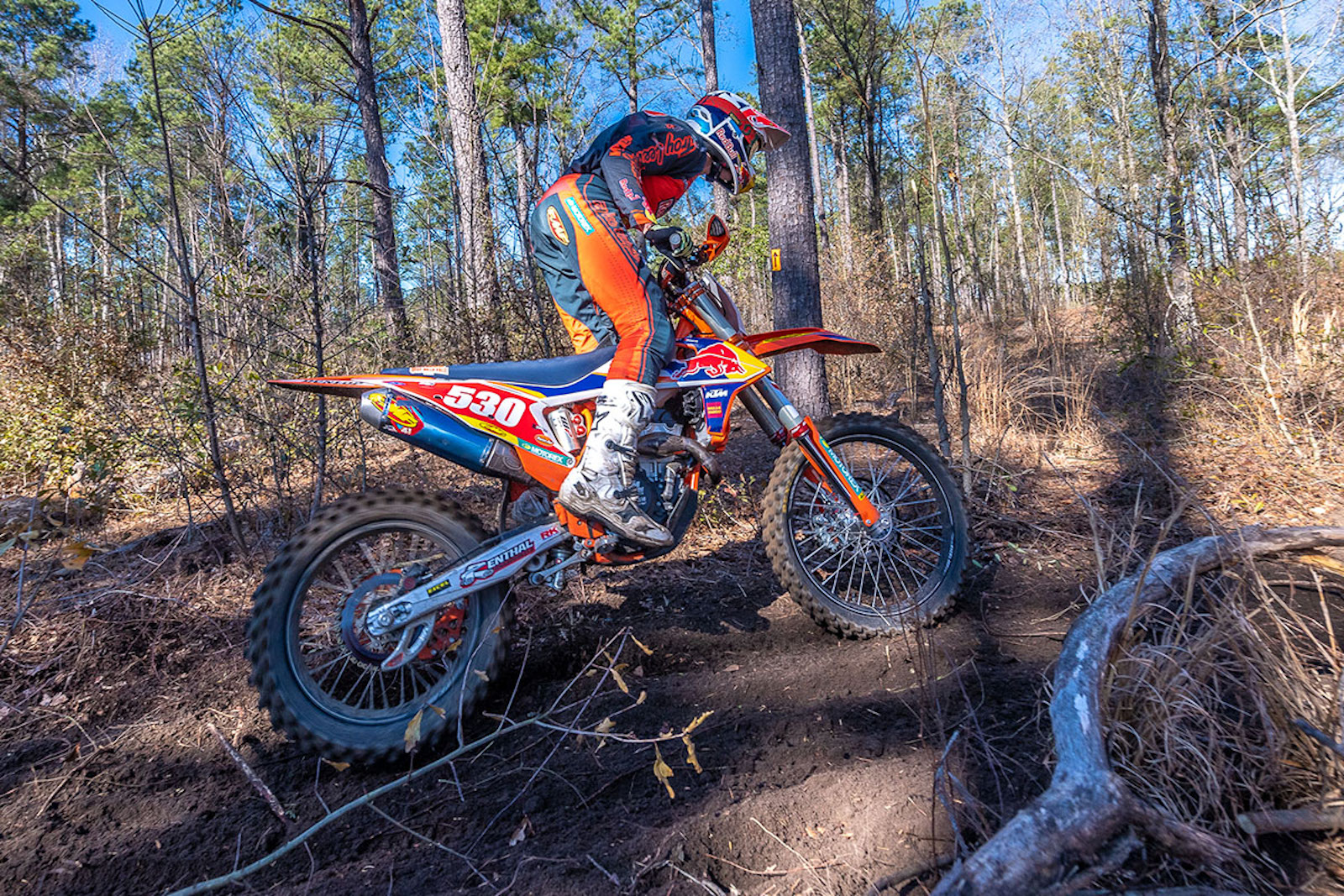 Ben won three of the six tests, with his win in the sixth and final test being the decider: “I think I was leading all day and then both the Baylor’s got me there on the fifth test,” said Kelley. “I was down two seconds to Stew and it was going to be another long, 10-mile test so I just tried to go out there and ride fast and smooth and stay off the ground. I was able to do that and hit my marks for the most part.”

“My first-ever National Enduro win, after a year of not racing them. I just felt really good” – Ben Kelley.

The Baylor brothers, who switched to Sherco during the off-season, were considered the favorites heading into the race since Sumter was a home race for the South Carolina duo. Not to mention they finished one-two in last year’s championship. 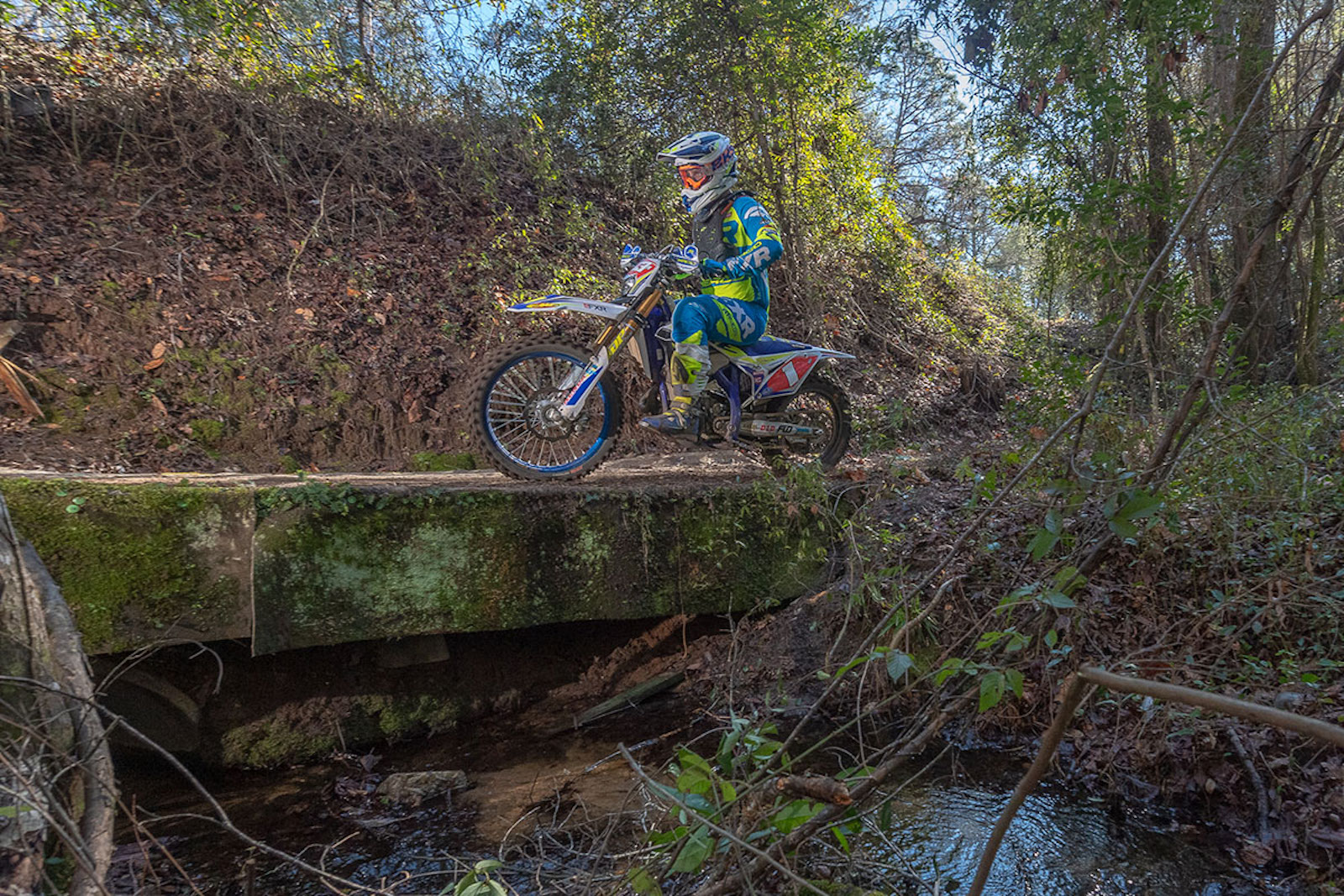 However, Steward didn’t seem to be worried about finishing behind Kelley since Gnarly Routes KTM’s Russell Bobbitt won the Sumter opener last season before Steward and Grant combined to win the remaining nine rounds of the series.

“Today was up and down,” said Steward. “We only had one day on these new bikes. We broke them in yesterday and it was a huge learning curve. I think we were just a little bit off.”

After missing the first part of the season last year due to an injury, Grant Baylor was pleased to start the 2020 season on the podium in third on the Sherco.

“Once we get the bikes figured out, we should be rolling,” said Grant. “This is a good way to start. Last year I was sitting on the sidelines, and this year I’m on the podium. So, I got a good bit of points here. I’m happy to start out the season on the podium.” Steward won two tests on the day, while Grant took one test win. 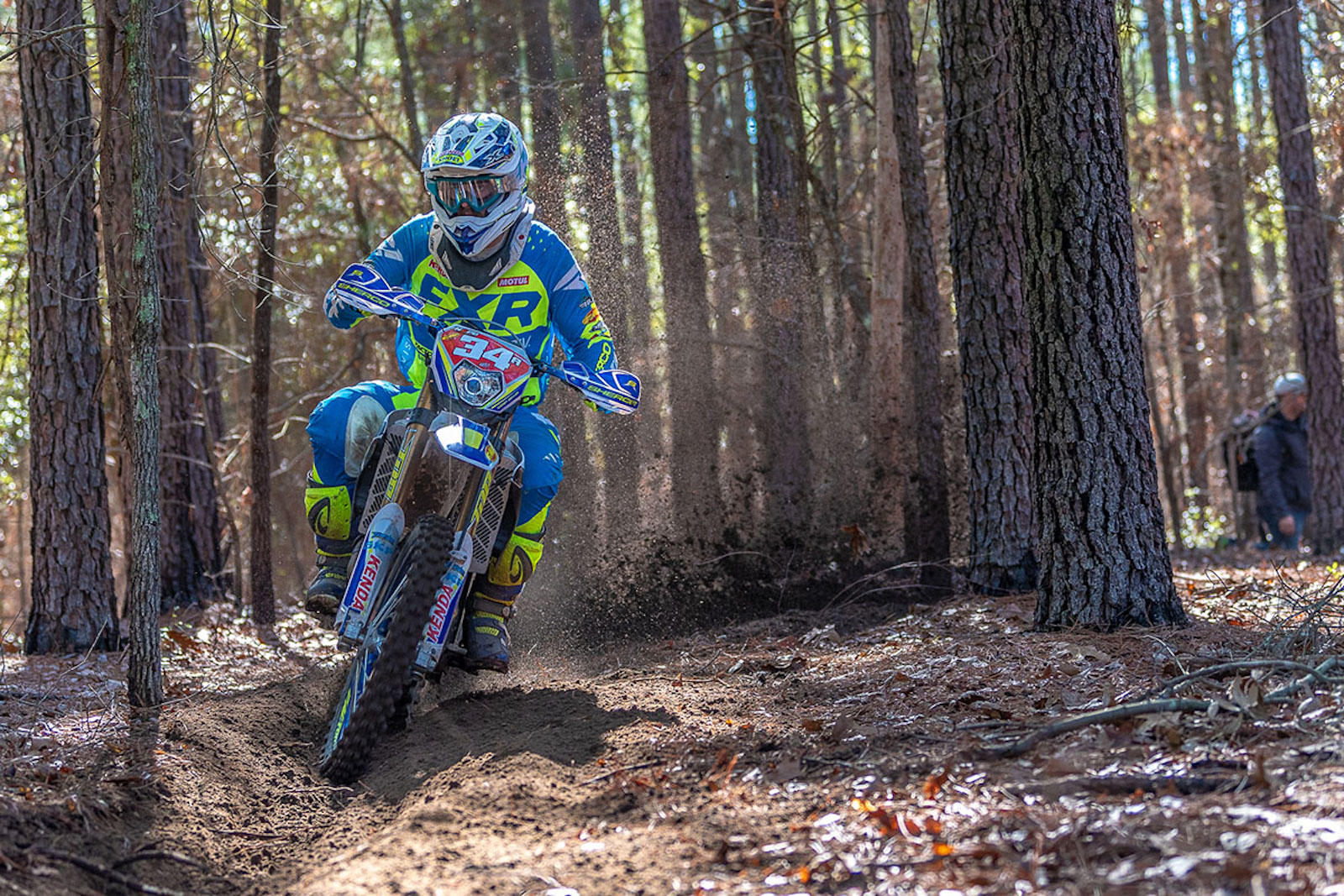 Like Kelley, Rockstar Energy Husqvarna’s Thad Duvall skipped the National Enduro series in 2019 but managed a solid fourth on his comeback ride from serious knee injury.

“My expectation is always to win, but I haven’t raced in four and a half months so I didn’t know really where I was,” said Duvall. “I’ve been down in Florida for almost three weeks now riding and I felt like I had the speed and stuff. Just didn’t know where I would be at with the knee, but I’m happy with how it went.”

Andrew DeLong, who won the AMA National Enduro title in 2014, put his Phoenix Honda Racing Honda into seventh, with Gnarly Routes KTM’s Russell Bobbitt about a minute back for eighth.

Beta USA-backed Thorn Devlin, who saw his 2019 season end prematurely thanks to a shoulder injury, brought his two-stroke home in ninth. 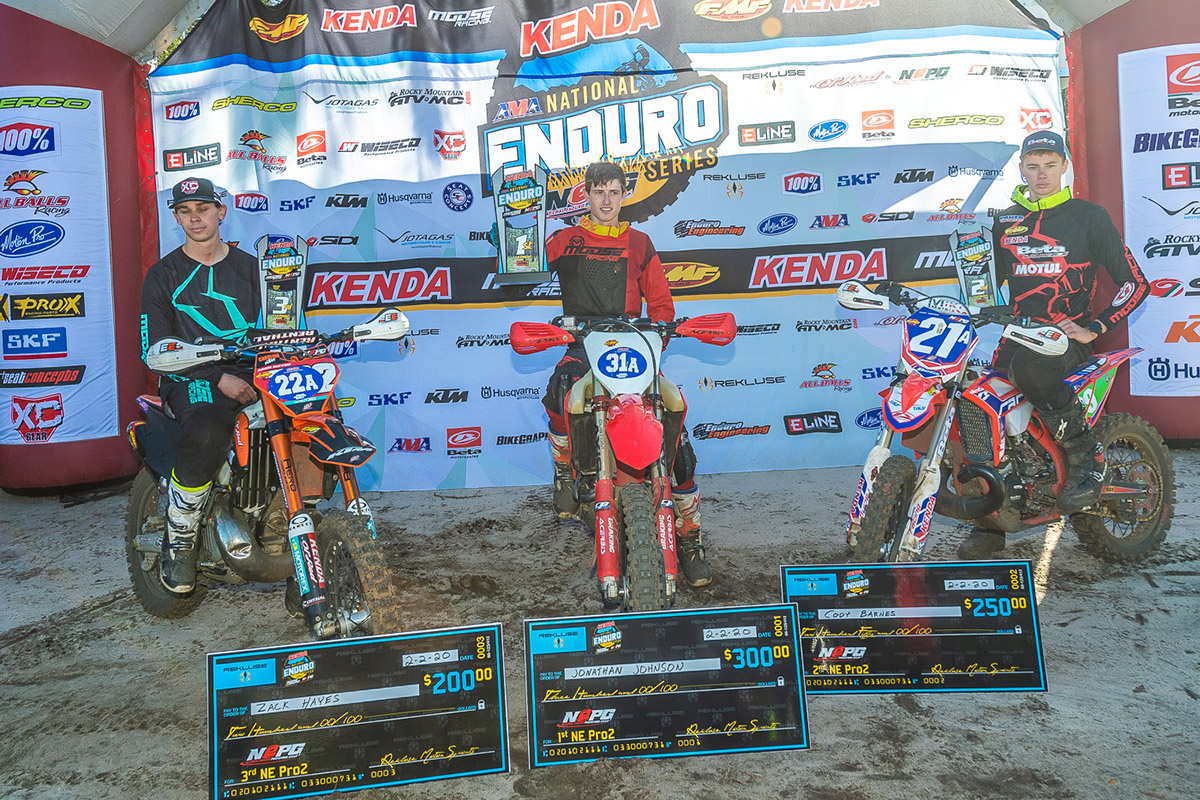 Rounding out the top 10 overall and winning the NE Pro2 class was Toyota/Kenda tires/XC gear-backed Jonathan Johnson, who was racing in only his second national enduro: “It went really good and I was just feeling good and trying to ride smart,” said Johnson. “I laid on the ground a little too many times, but kind of towards the end I backed it down and smoothed it out a little bit and I just brought it on home.” 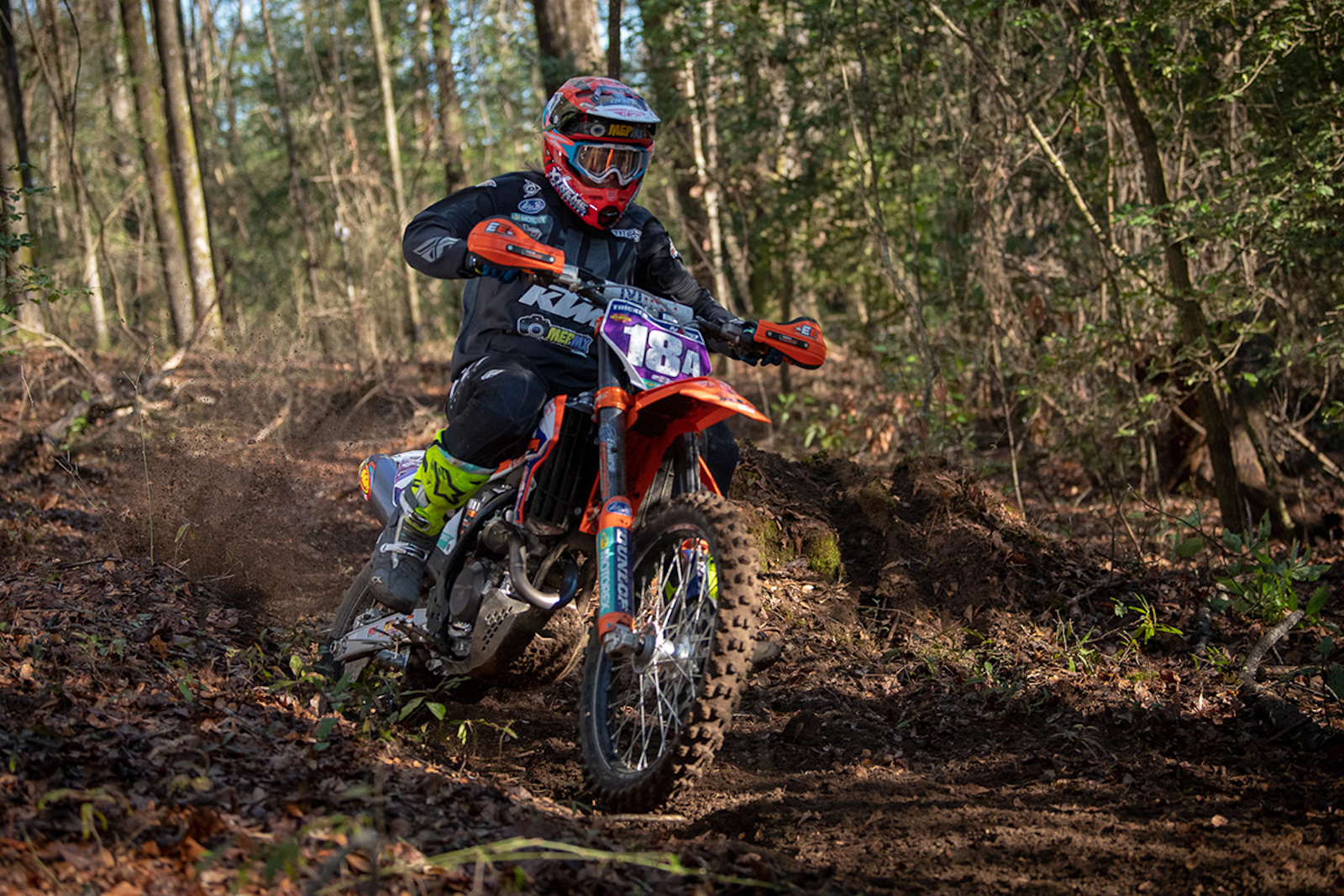 “I was a little rusty to start off and I tightened up in the first test because it was really cold, but I ended up doing pretty good,” said Tricker. “It’s just good to get the first race for the year done and I’m happy with obviously coming away with the win today.” 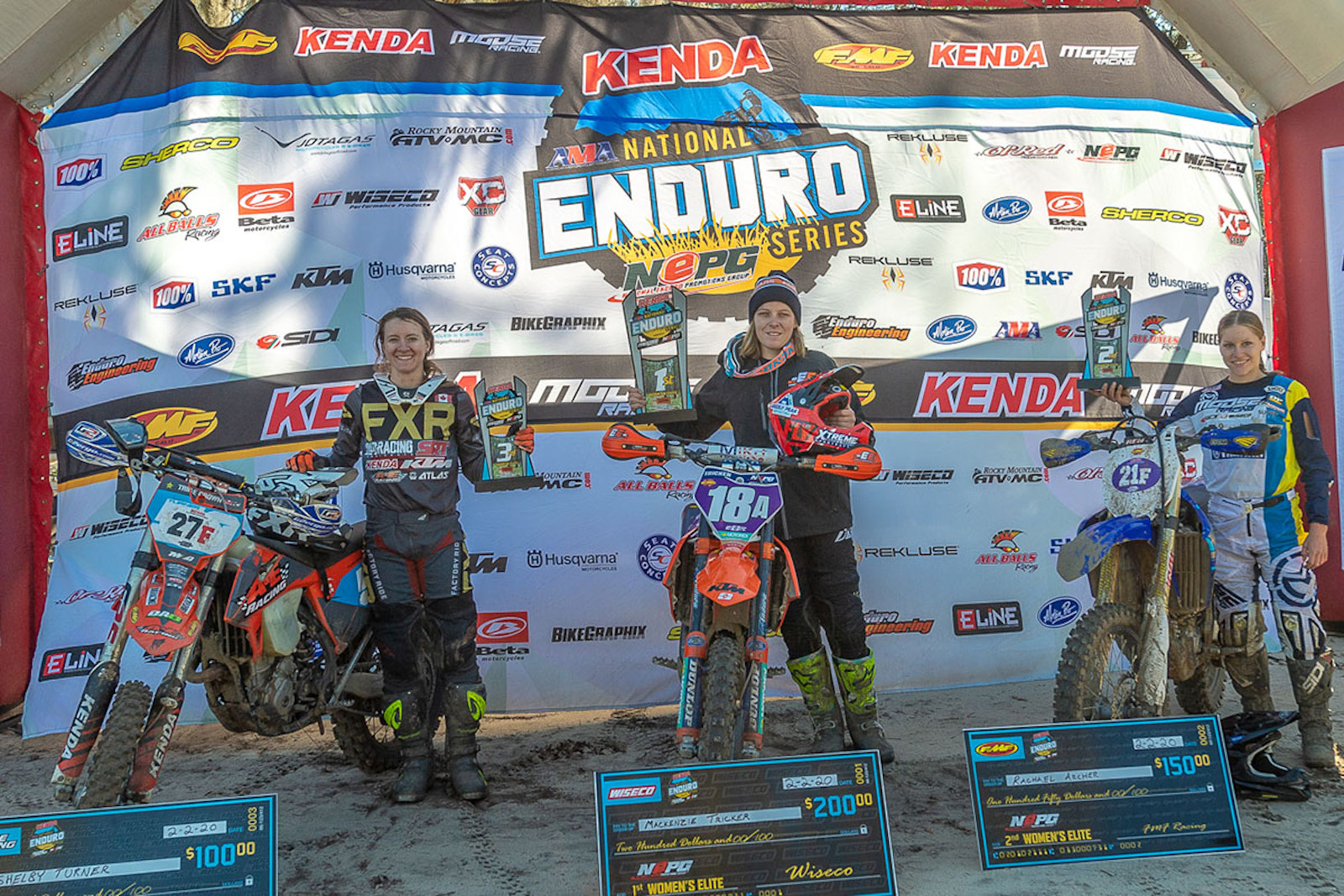 Second in class went to Am Pro Yamaha’s Rachel Archer. The New Zealander won the fifth and final test and was less than a minute behind Tricker at the end of the day.

Third went to KTM rider Shelby Turner, who battled most of the day with Beta USA’s Rachel Gutish. Gutish had an up and down day, finishing second in two of the tests, however, a nasty crash in test three put her at a big disadvantage.

Honda-mounted Brody Johnson won the AA class, ahead of Will Sievenpiper and Suzuki-mounted Andrew Matusek.

The Kenda AMA National Enduro Series resumes on March 22 at the Caprock Canyon National in Turkey, Texas for round two of its series.