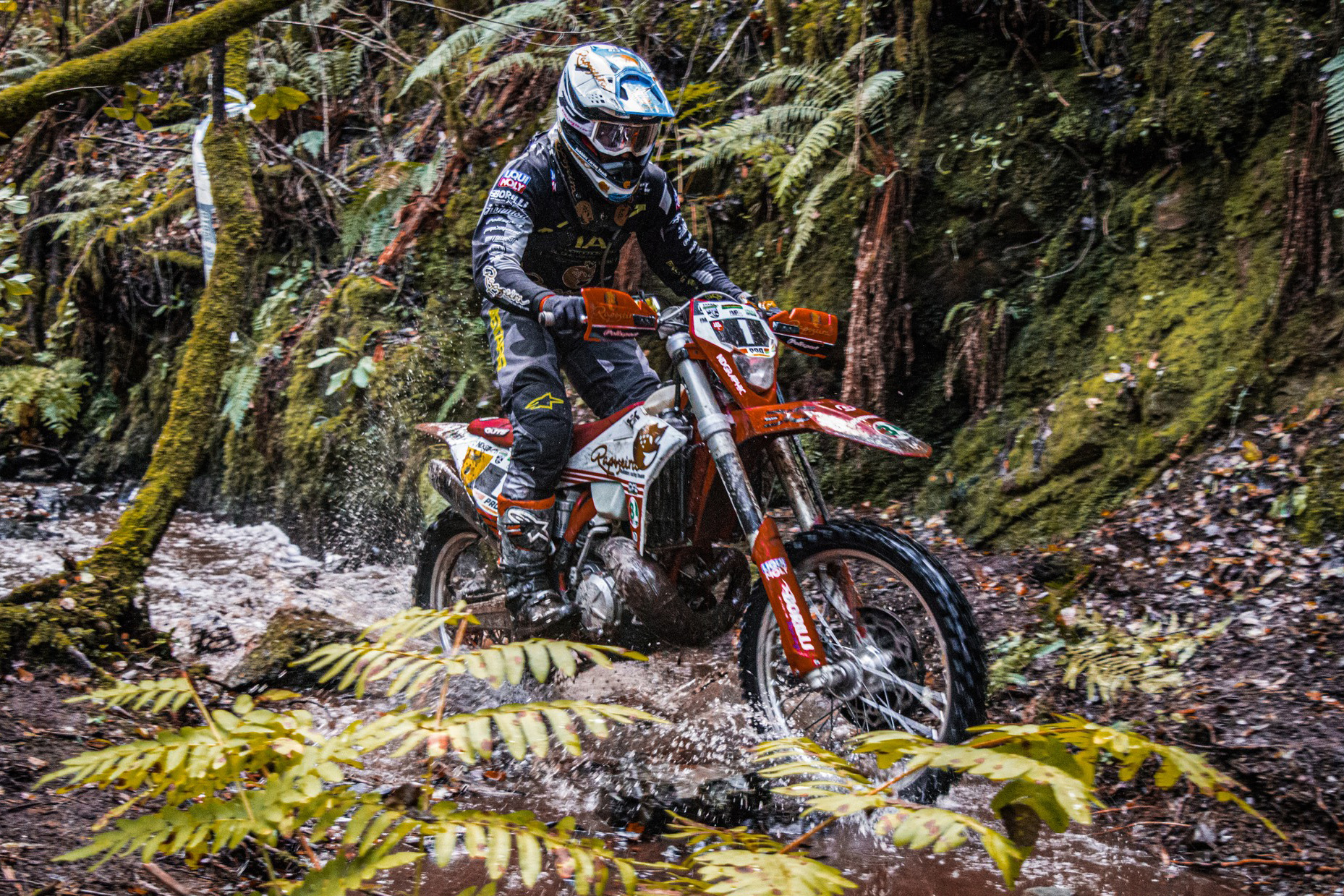 With 83 riders in the competition, the third race of the National Hard Enduro Trophy took place last Sunday in Lousa with the Montanha Clube at the helm. Riders faced a short prologue to decide the start order and then 15 kilometre technical course in the in the area around the historic Lousa Aerodrome.

“Very slippery streams” are standard in Portuguese hard enduro and the trials-like trails in the foothills of the Lousa mountains were no exception.

Diogo Vieira won the prologue with a remarkable time of just 44 seconds, followed by Henrique Nogueira and Emanuel Costa. The win means the 2021 championship title will go down to the final round on December 19.

In the main race, Vieira was again in charge and took the victory almost 10 minutes ahead of Tiago Oliveira second and local rider Gil do Carmo third. Rita Vieira was the only female rider at the race and competed the Pro class on a trials bike.

In the experts Emanuel Costa took his second consecutive win of the series ahead of Bruno Freitas and Tiago Sousa third.

Entries are open for the final round of the series planned for Valongo on December 19.