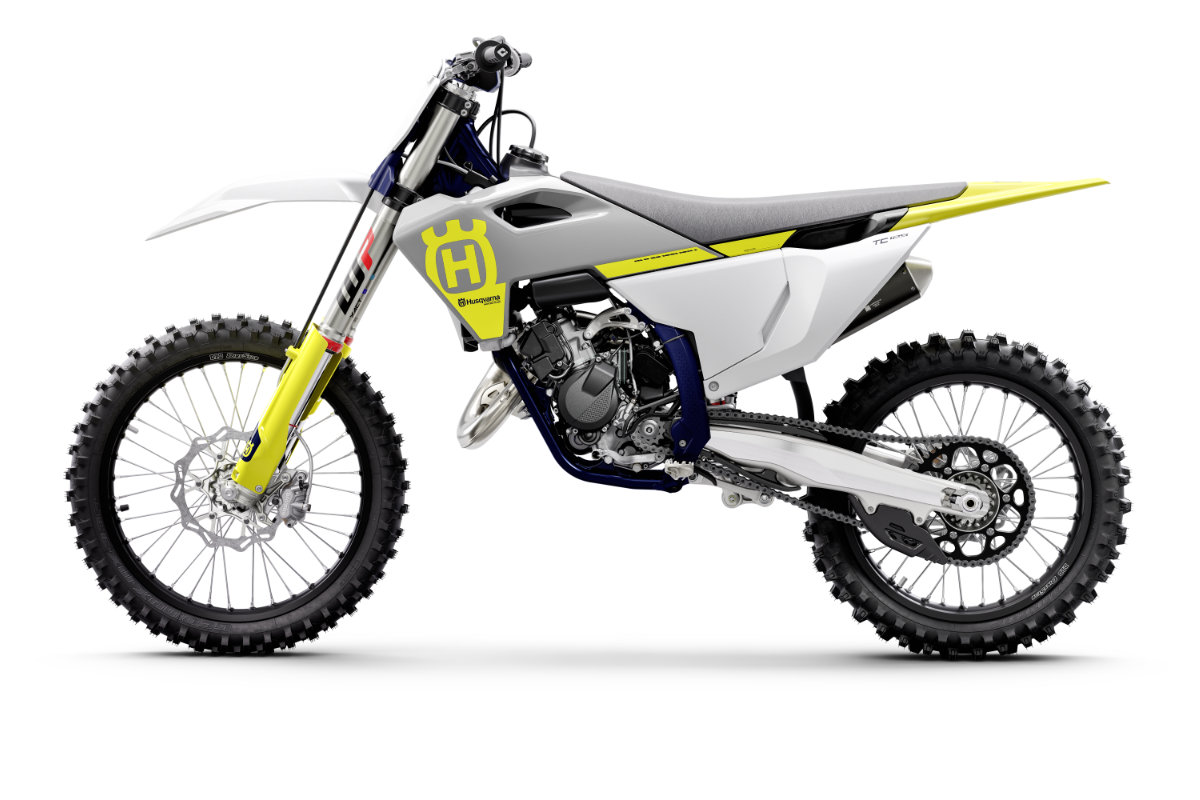 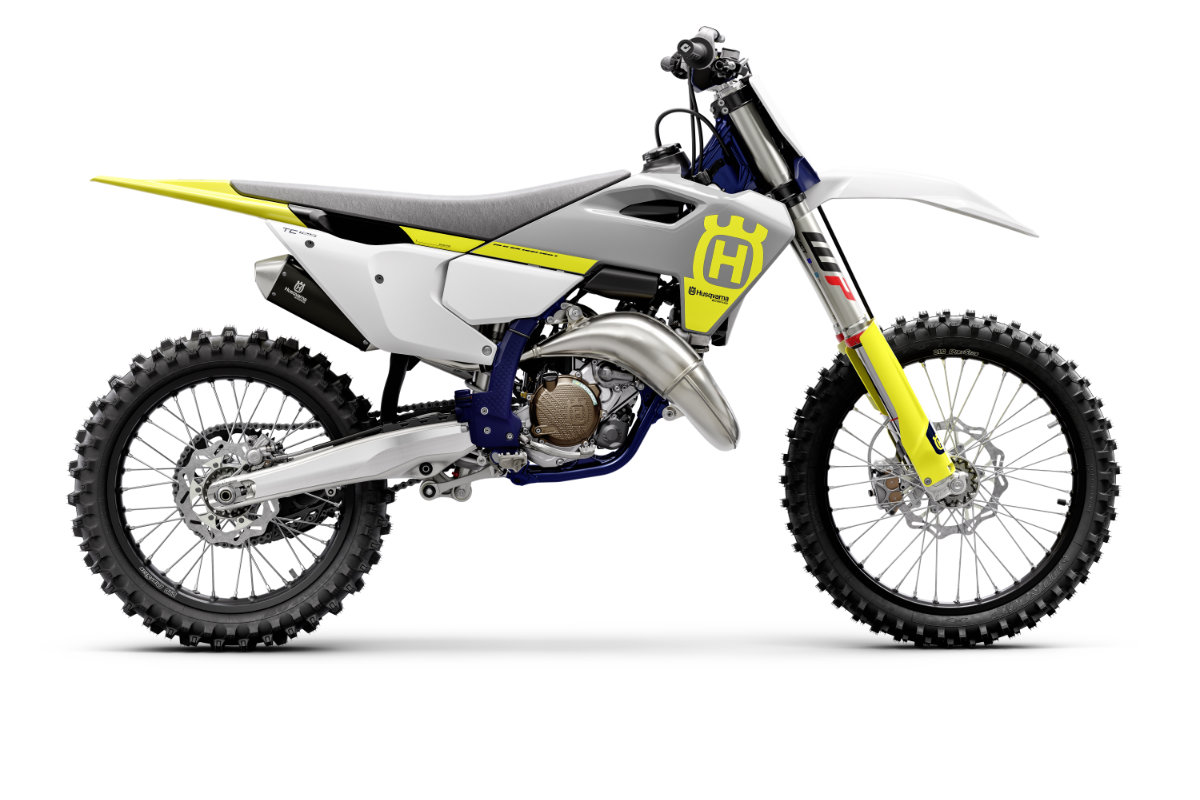 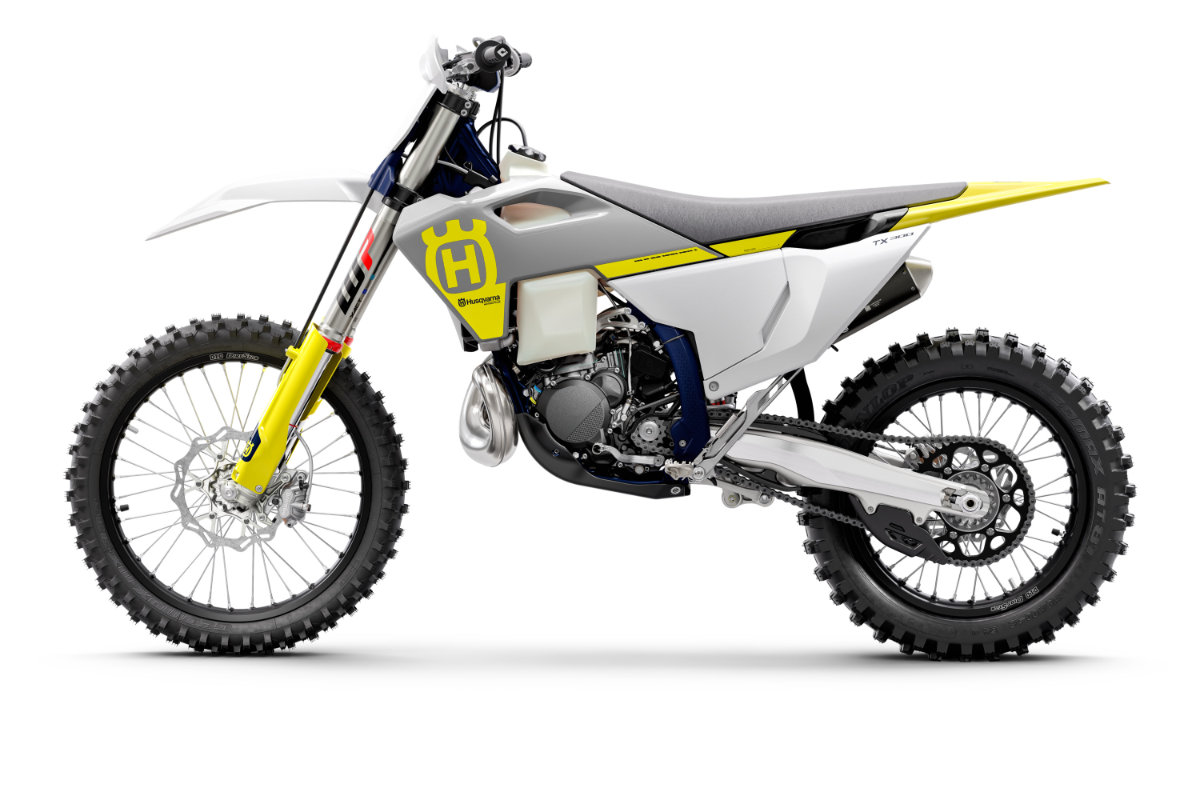 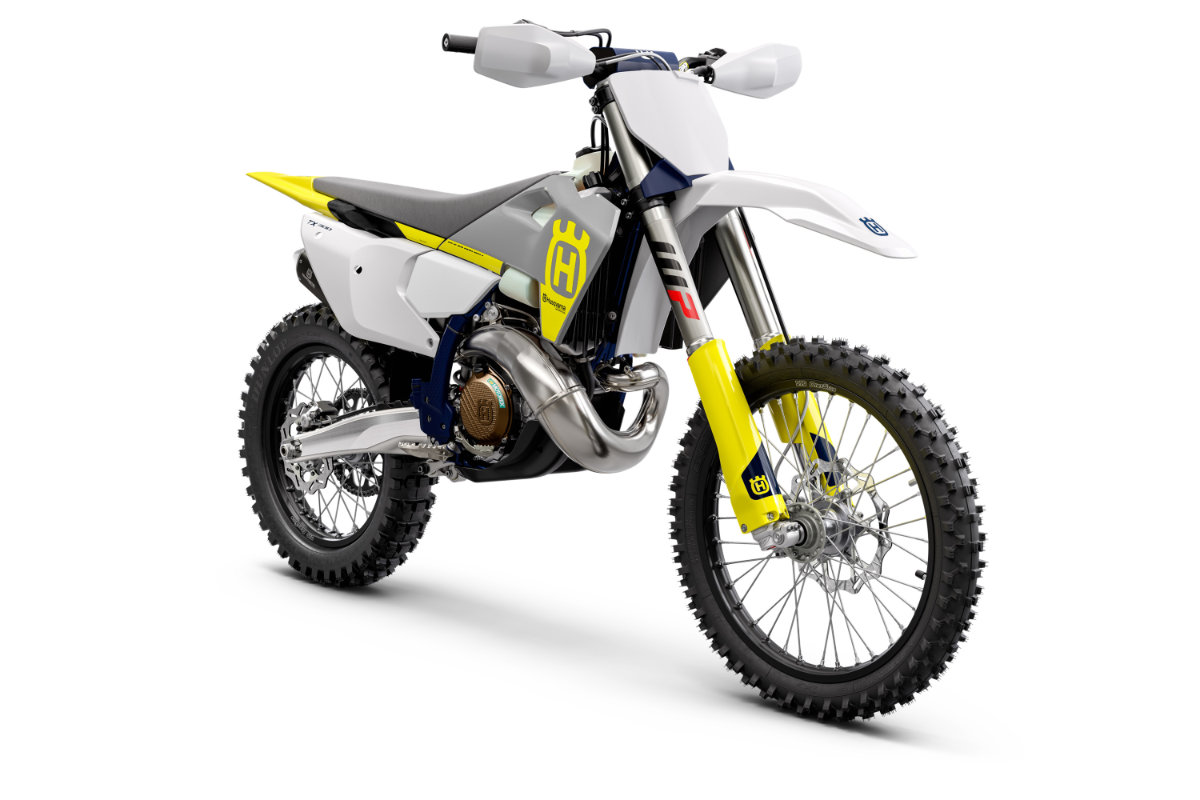 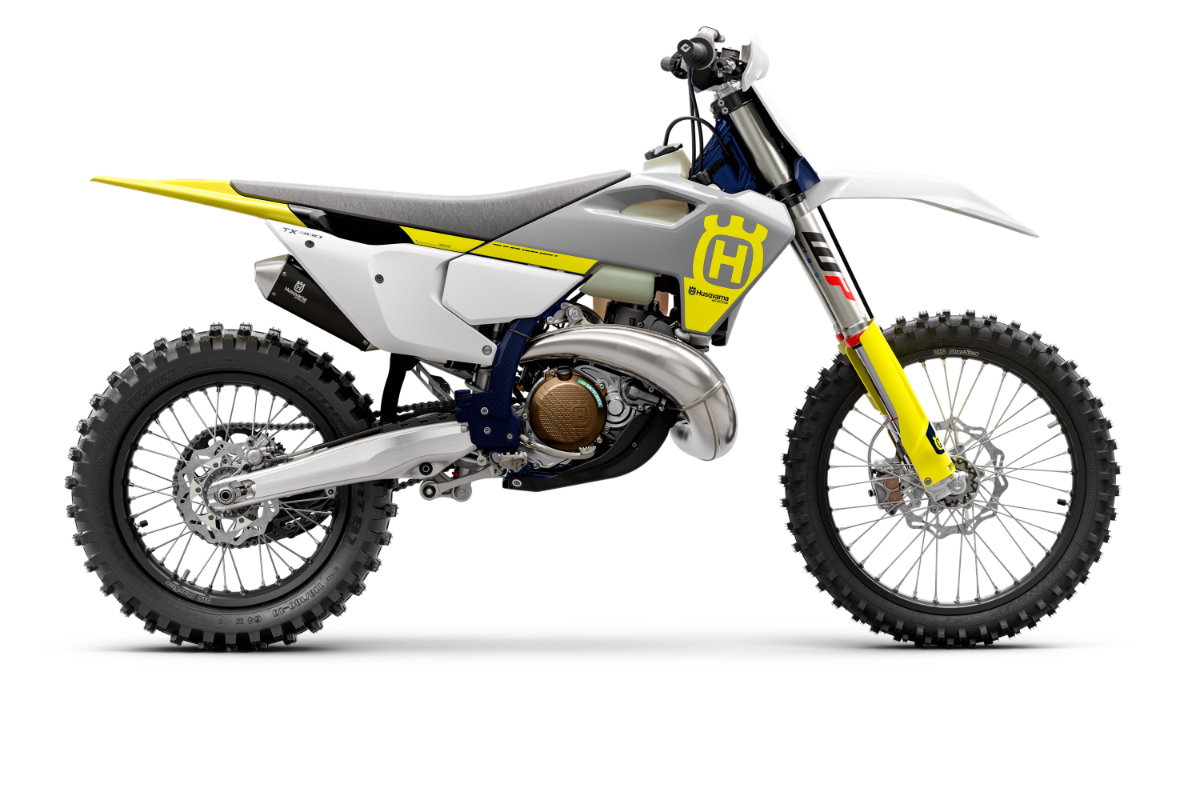 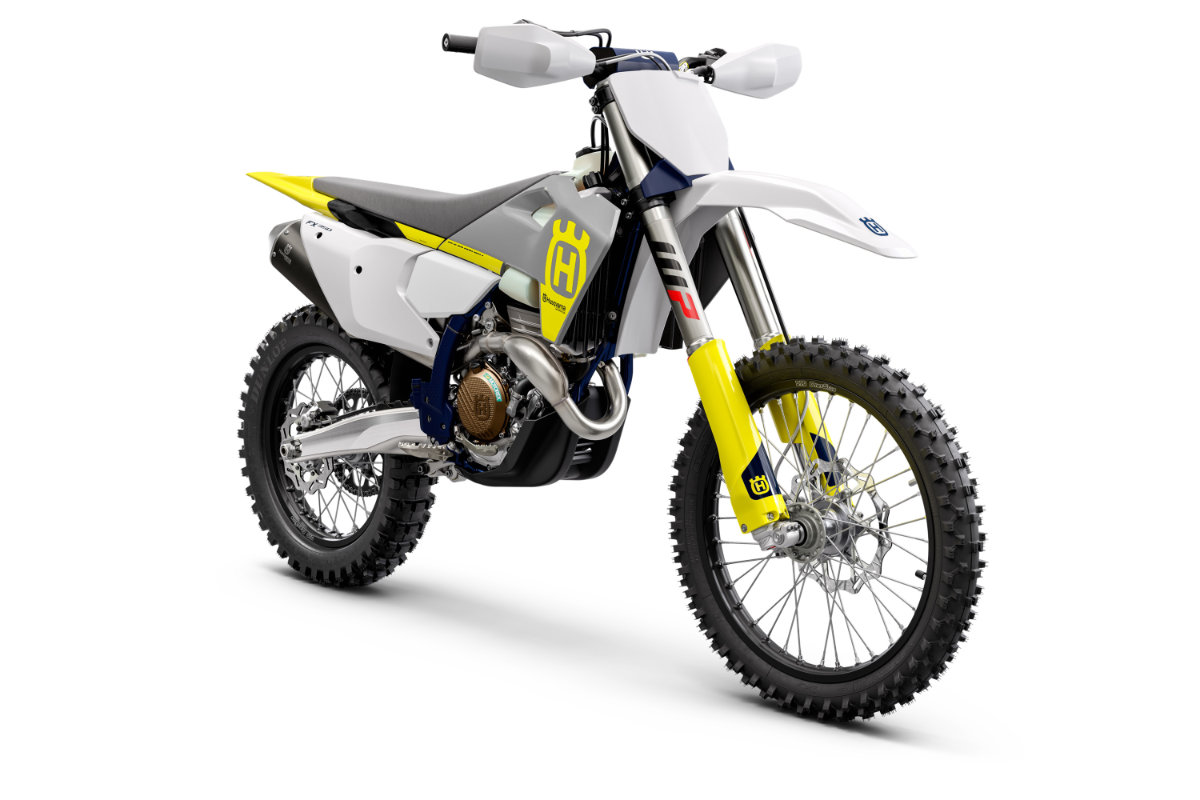 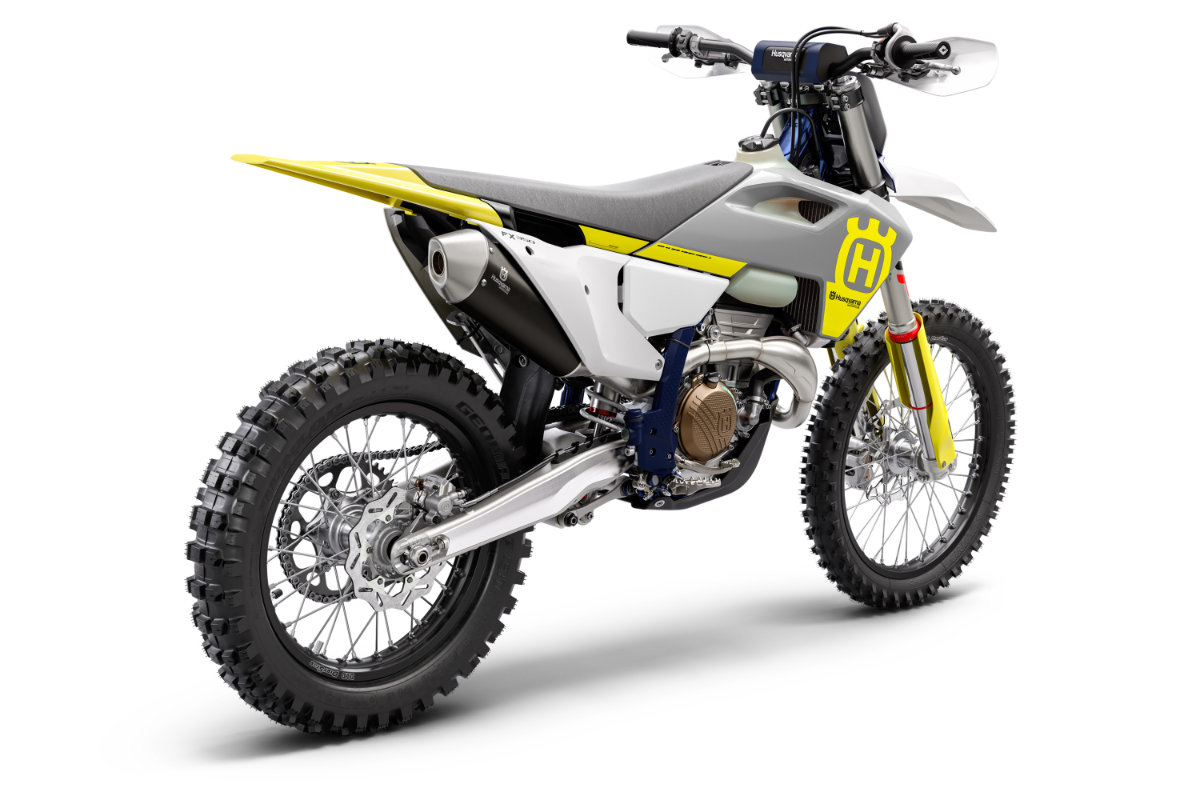 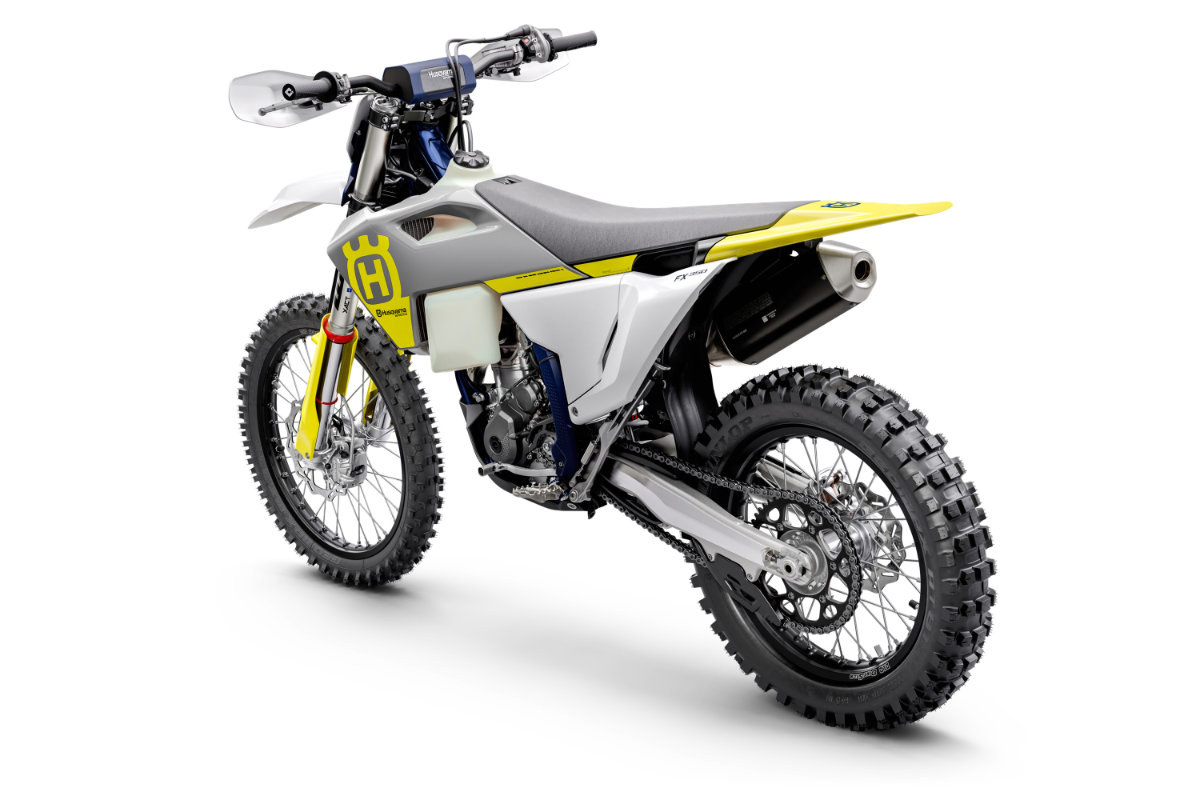 As happened with the orange siblings one week ago, these 2023 Husqvarna motocross bikes are in part precursors to the TE and FE Enduro models which we’ll see next year. And, like the KTMs, the new Husky bikes come packed with updates.

The most noticeable ones are the fuel injected two-stroke bikes – which don’t use the TPI engines anymore, but a throttle body type injection system similar to the ones on the 4T and those being used by the likes of Billy Bolt with an electronic exhaust valve.

The four stroke engines have also been updated making them “more compact, more durable, more serviceable and offer the best power-to-weight ratio across the board”, as well as contributing to a better mass centralization.

(You can read about these changes in more detail in our 2023 KTM SX and XC model feature.) 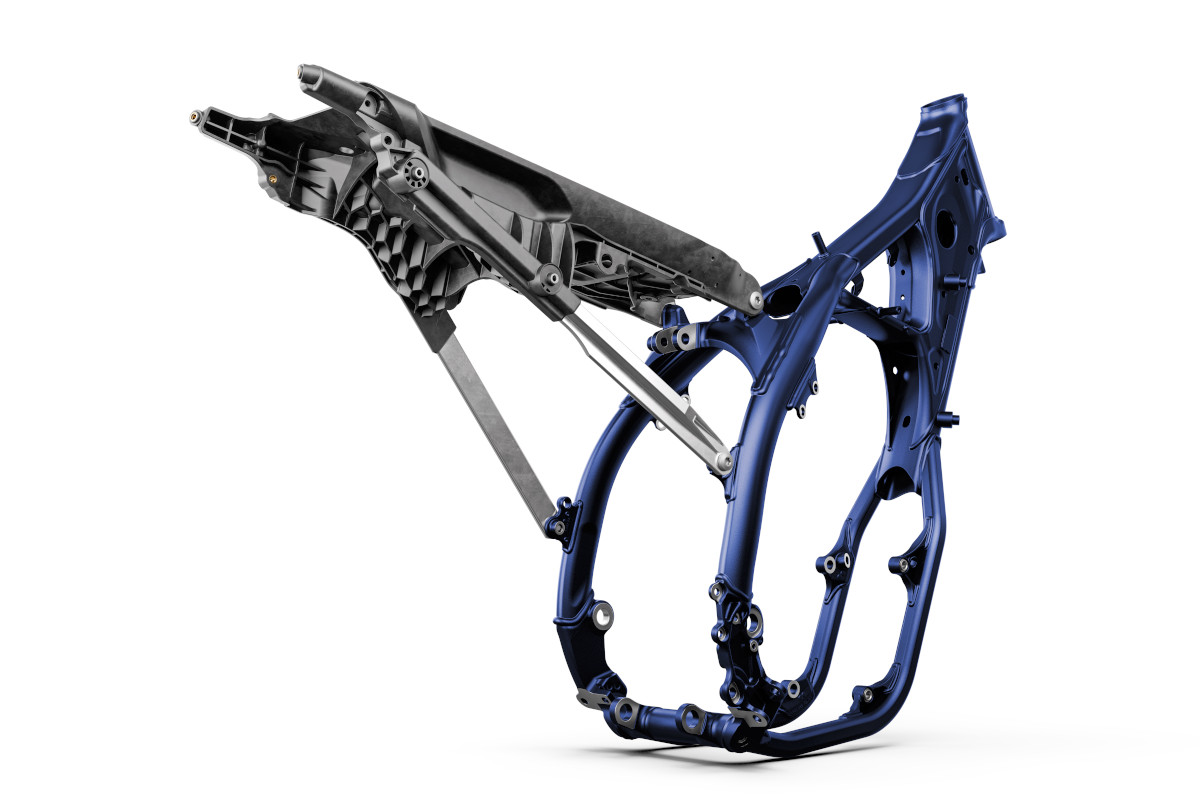 Husqvarna’s previous subframe built on a polyamide and carbon configuration, wasn’t popular with every rider who had one break. Enduro21 has tested the bikes plenty and never had this issue but clearly it was enough for Husky to make a change.

The new one therefore combines polyamide and aluminium in a 60/40% ration respectively and weighs 1.8kg.

The lower part of the subframe, where it’s bolted to the frame, is made of aluminium to make it more robust – and that also makes shortening it easier, something that shorter riders tend to do a lot in hard enduro.

The upper part is the one that continues to be made of polyamide to have less weight higher up. This is made in injection mold and according to Husqvarna this gives it “specific flex characteristics and allows the weight of the assembly to be reduced.” 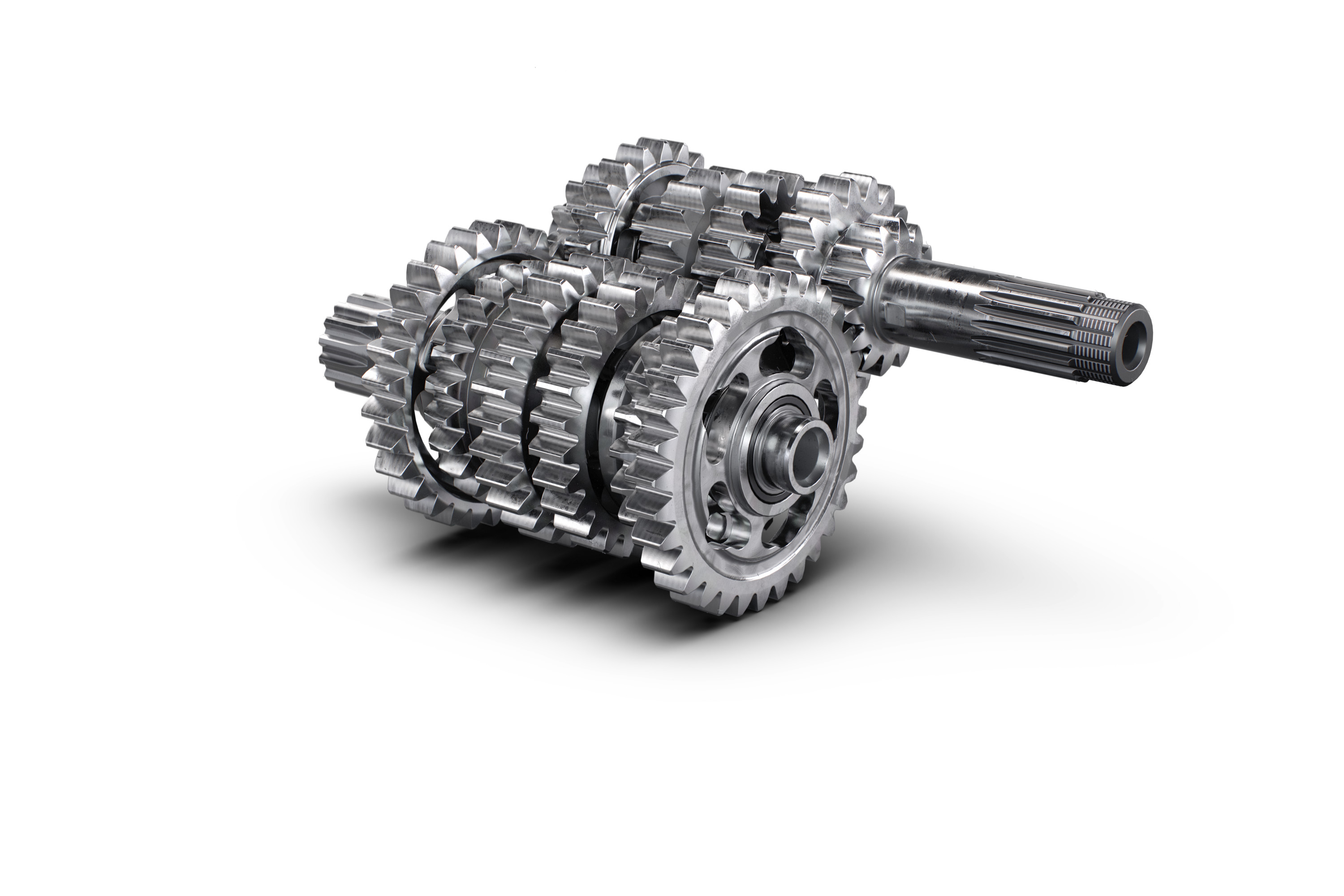 The gearbox has been one of the big talking points when the 2023 KTM MX models were launched, basically it wasn’t clear for a start if the XC models had five or six gears. With that confirmed form KTM, Husqvarna has also made a point of detailing the six-speed gearbox.

Pankl Racing Systems design and build the transmissions and the say they, “guarantee the highest level of durability and reliability. For 2023, a redesigned shift drum and shift fork improve overall leverage, ensuring significantly smoother and more precise shifting.”

In addition, they have redesigned the tip of the gear lever to prevent so much dirt from entering. If you have taken a look at any factory bikes you will have noticed that they fill this hole with silicone. 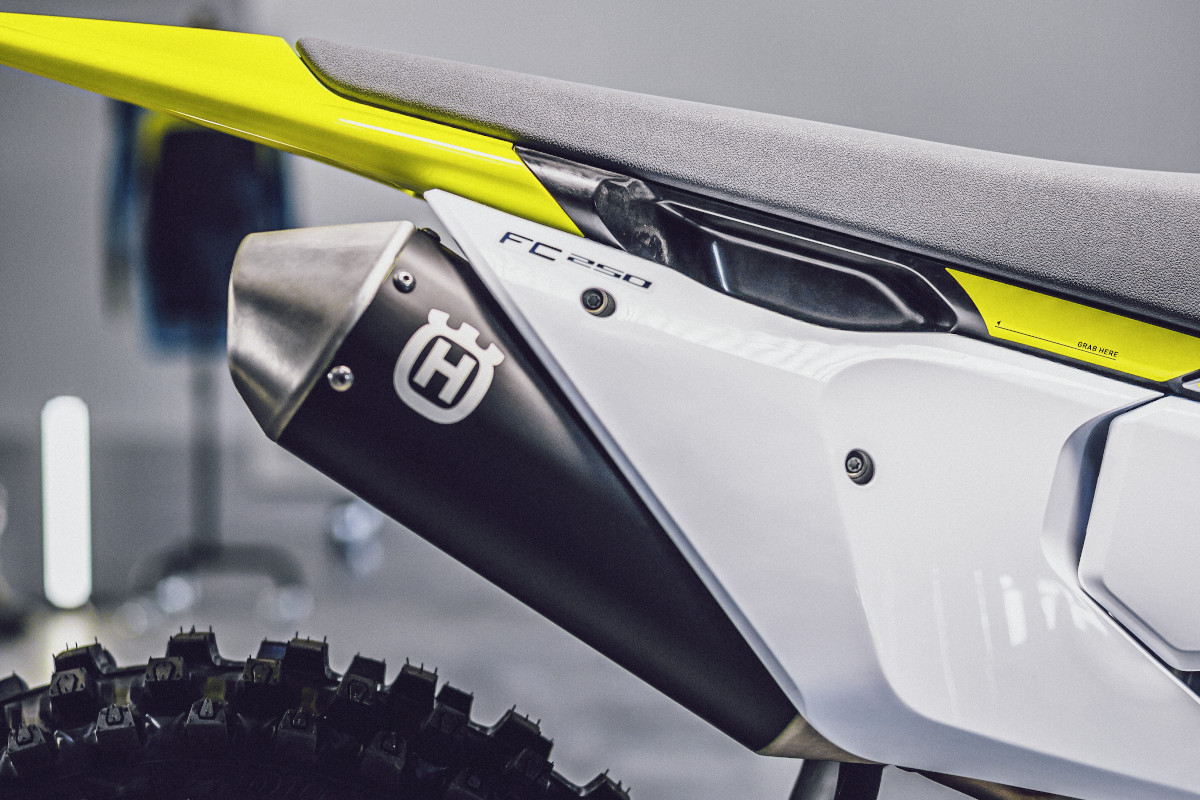 The 2023 Husqvarna MX models carry totally new bodywork that according to the brand improves the driving triangle with a greater surface to squeeze the bike with the knees, especially when riding standing up.

The seat is flatter than previous models and there is a gap between the seat and the air box which will come in handy when they implement it on the enduro bikes, lifting it should be easier.

The 2023 motocross range is already available at official dealers, availability may vary from country to country. For more details on availability and pricing, see your Husqvarna Motorcycles dealer.