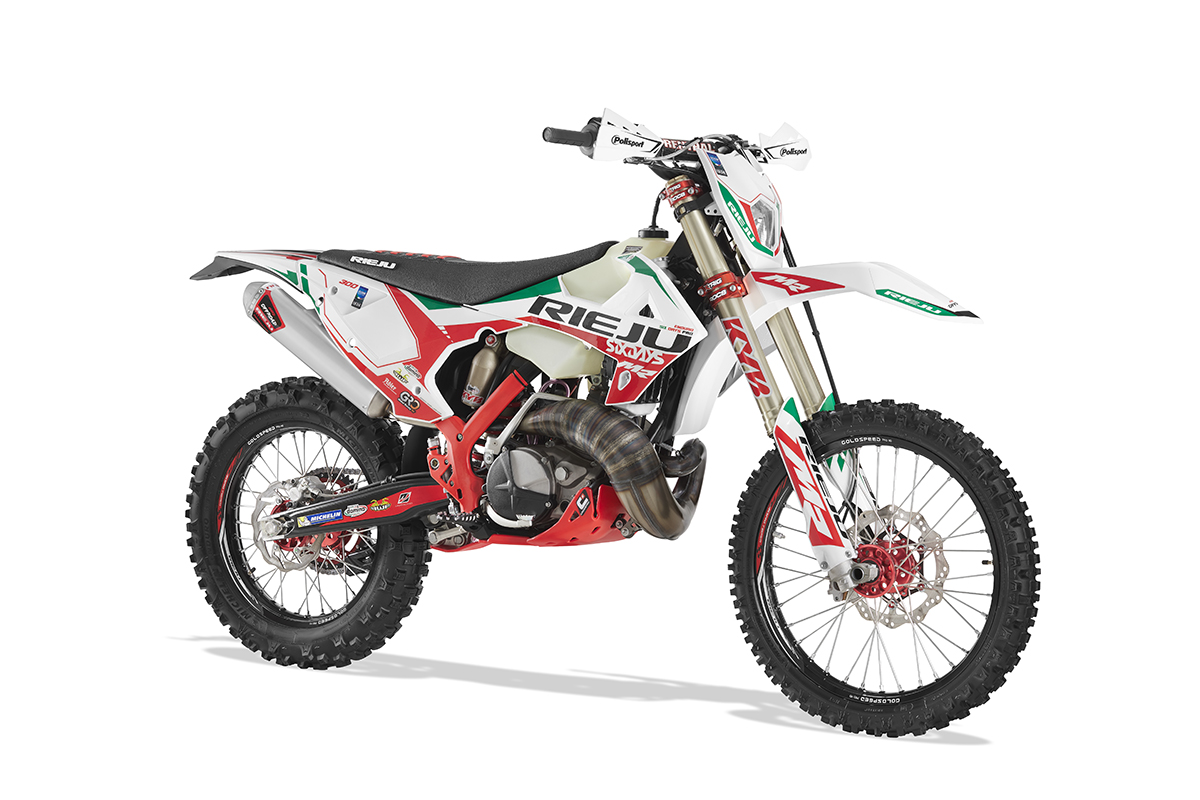 Rieju has announced for the first time they will produce a special edition SIX DAYS Italia MR 300 model ahead of the 2021 International Six Days Enduro in Italy this August.

After announcing earlier in 2021 that they would officially participate in the ISDE this summer in Italy with bike rental and assistance packages for riders (at some incredibly competitive prices), Rieju has now presented a limited MR300 Racing SIX DAYS Italia.

The new MR 300 SIX DAYS Italia adds to the standard bike with exclusive parts and a special ISDE graphics set. Rieju say the limited edition model is also a preview of the 2022 MR 300 model with some updated parts.

Rieju say they will produce 100 units of the ISDE edition and it will be available from July. Prices are not yet released.