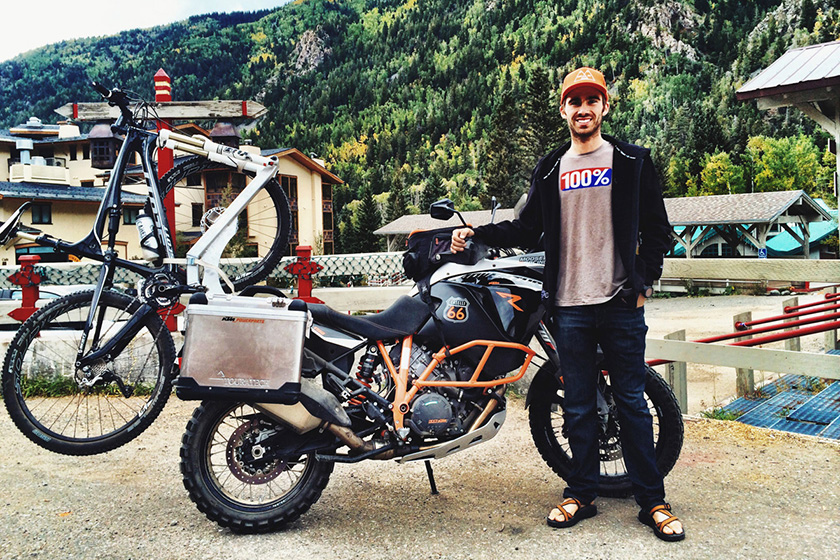 Beyond average off road trek into the mountains by Gnarly Routes meant strapping MTBs to Adventure bikes but how did they do it?

We ran the video a couple of weeks ago from Gnarly Routes and their “Bikes on Bikes” trip featuring Russell Bobbitt, Cole Kirkpatrick, Nick Fahringer and Chris Fillmore. It’s a cool video but it got us interested in the back-story, how did they do it?

As the film title suggests, the idea was to put MTB bikes on Adv bikes and take a couple of days in the mountains. (You can view the video here). The Adventure bikes needed rigging up to take the MTB bikes and each rider on the trip had his own solutions. How would you strap your MTB to the back of an Adventure bike?

The solutions were all home-made based around existing front fork mounts, box section aluminium, panniers and their hangers plus plenty of straps. 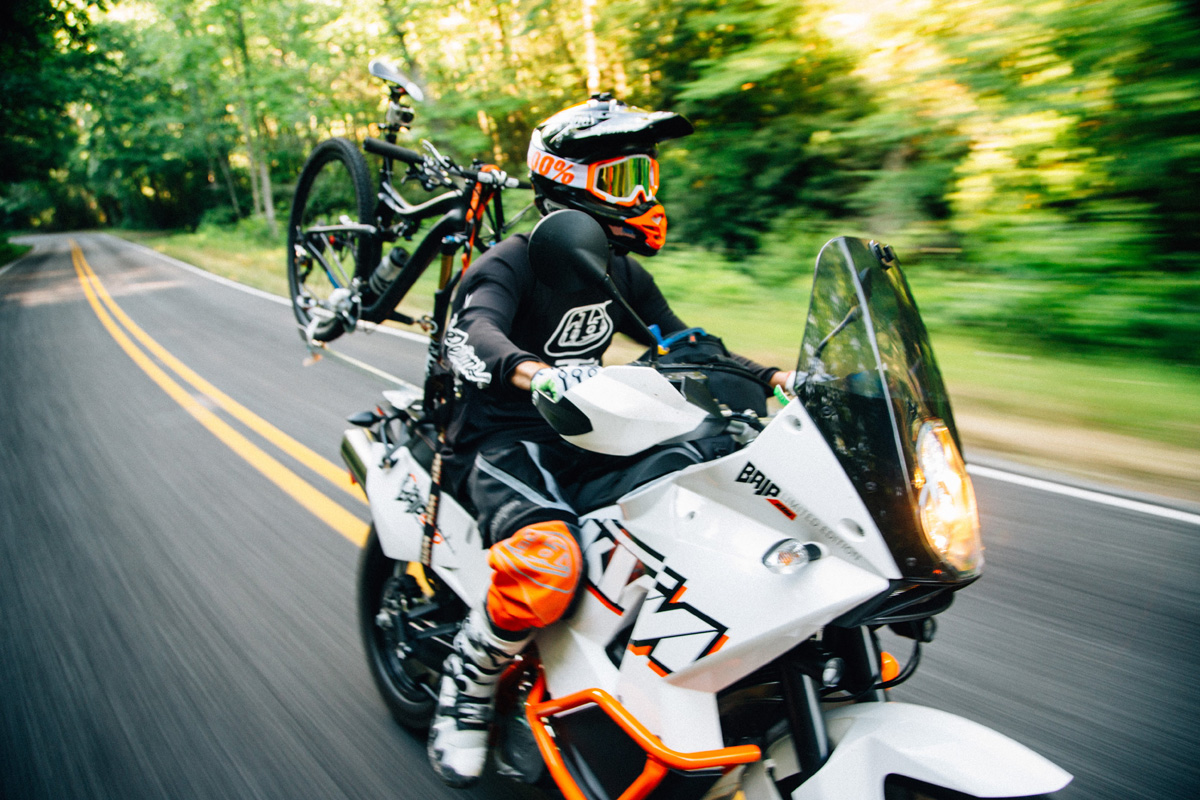 Cole Kirkpatrick says: “I think the mount that worked the best was the one that the bike was more vertical. Where the bike stuck off the back of the ADV bike worked okay but it flexed more as you hit bumps.”

The option mounted on the pillion footpeg hanger was solid but was obviously trickier to get on and off the bike.

Kirkpatrick claims that to the best of his knowledge the bikes were all street legal. And as for how the ADV bike handling the bikes being strapped on the back, Cole says: “You had to be mindful of big dips and tight corners plus the wind would move you more than if there wasn’t a bike mounted.”

Otherwise, all was pretty cool and gave a unique, two-wheeled solution for getting away from the asphalt.