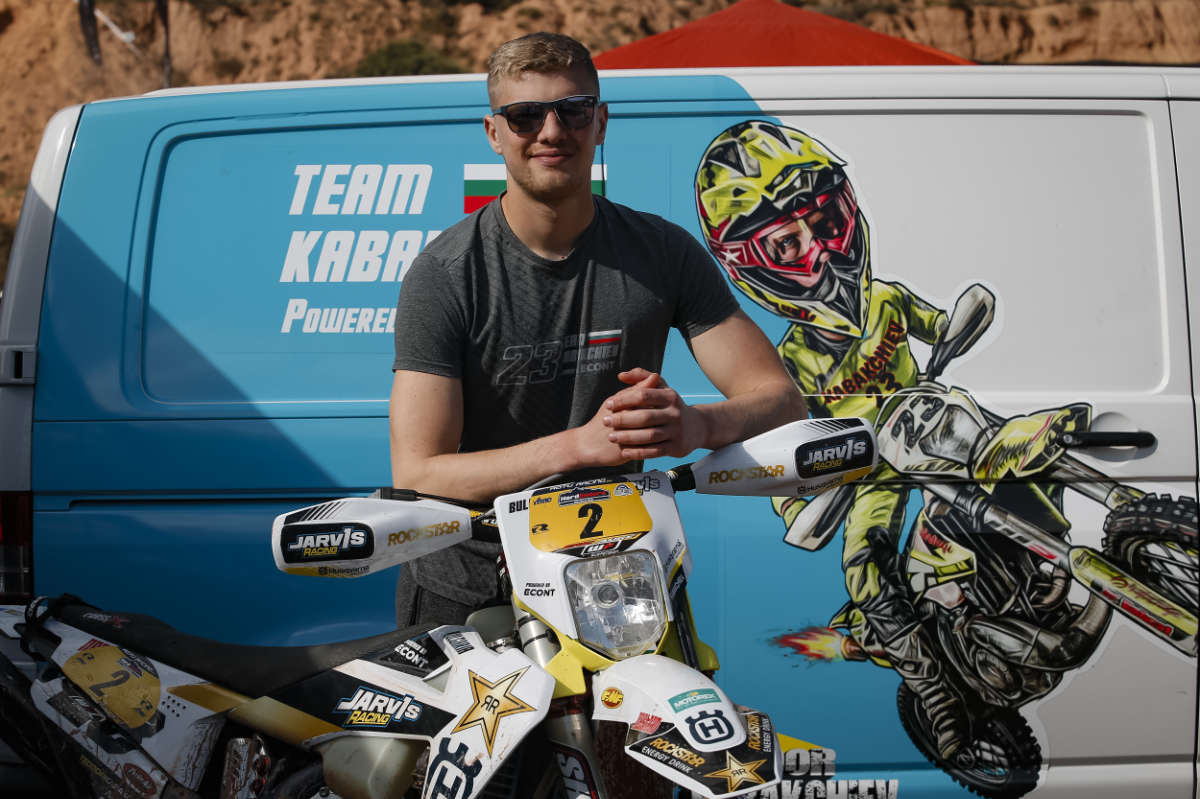 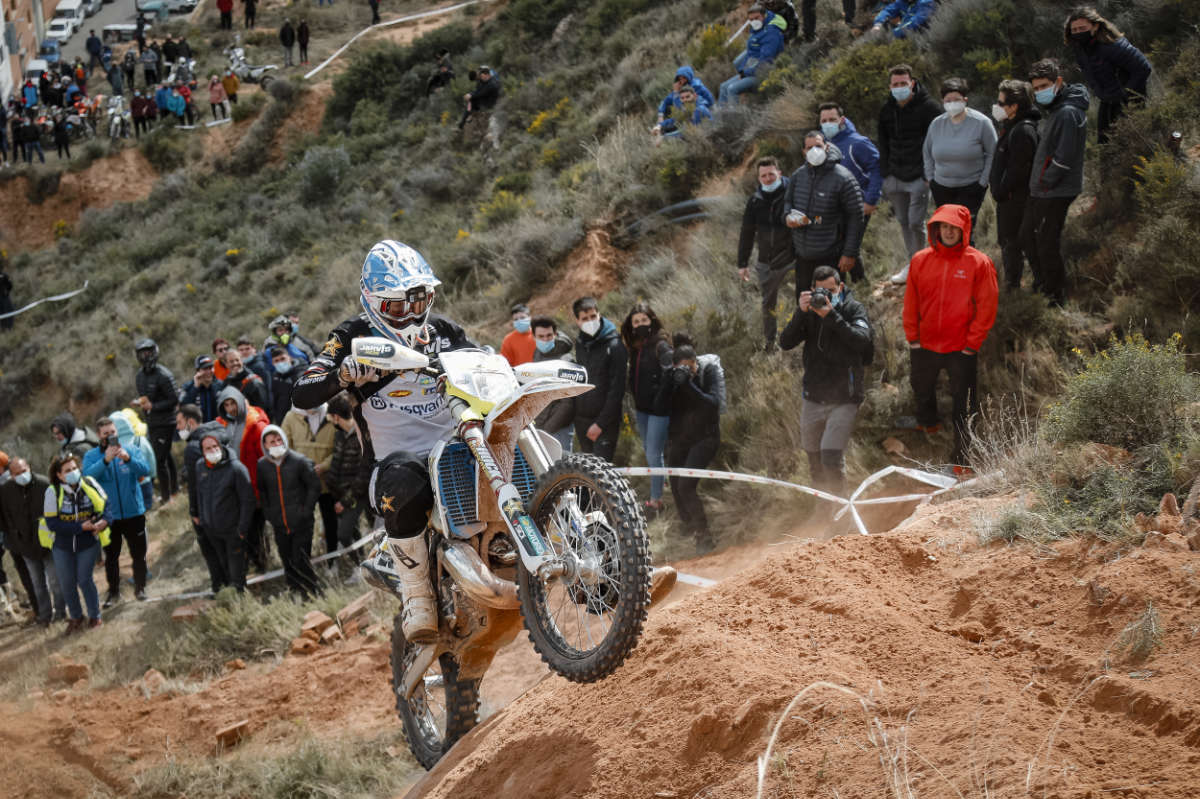 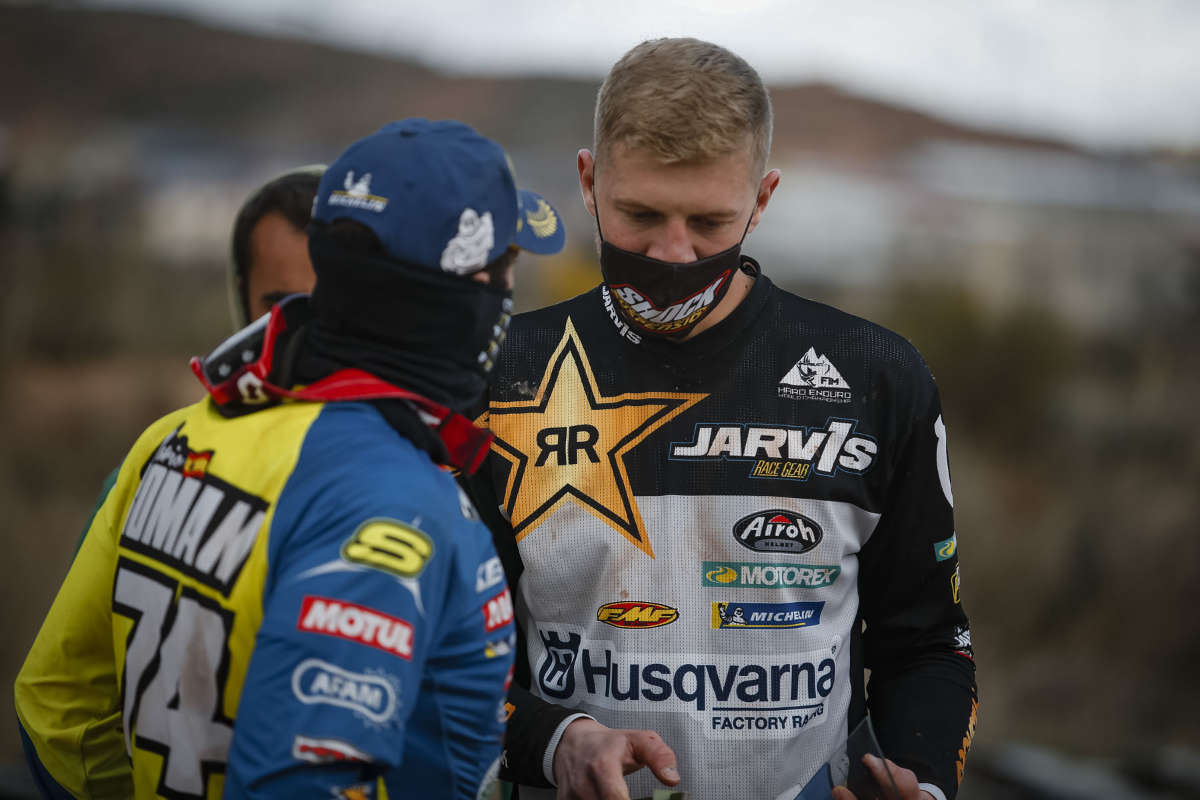 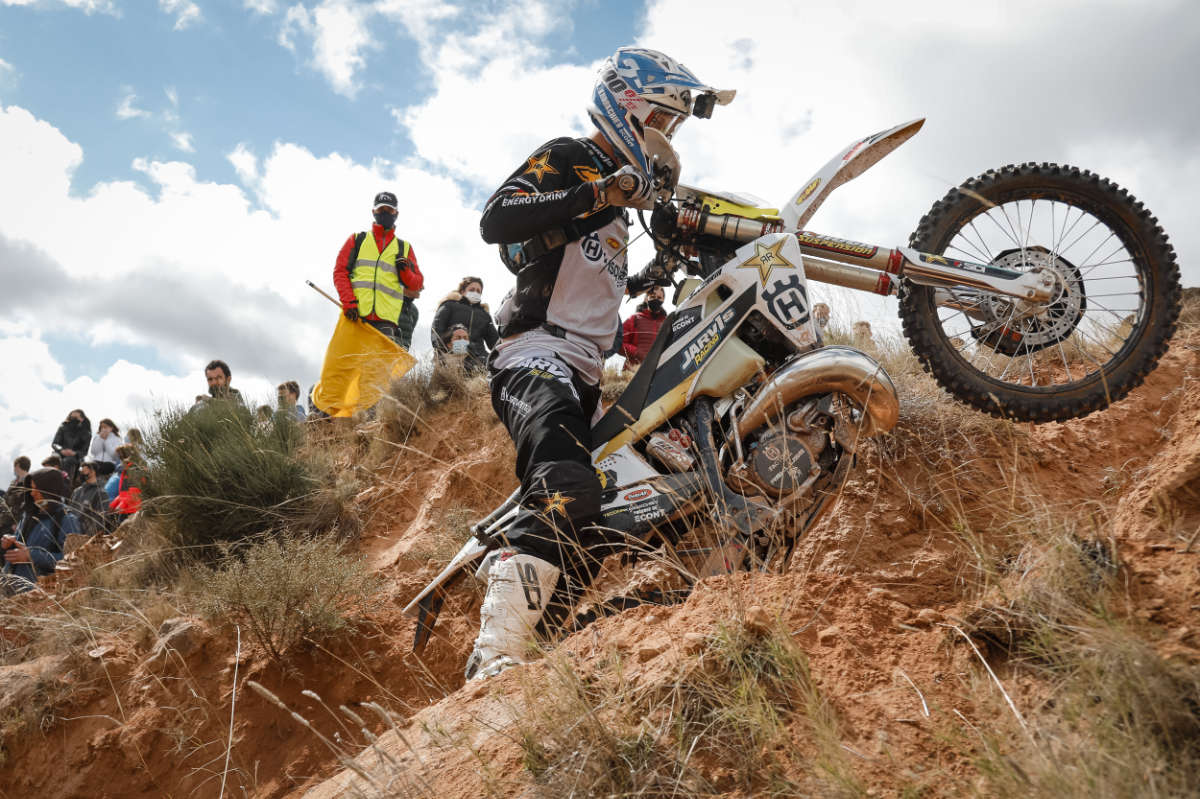 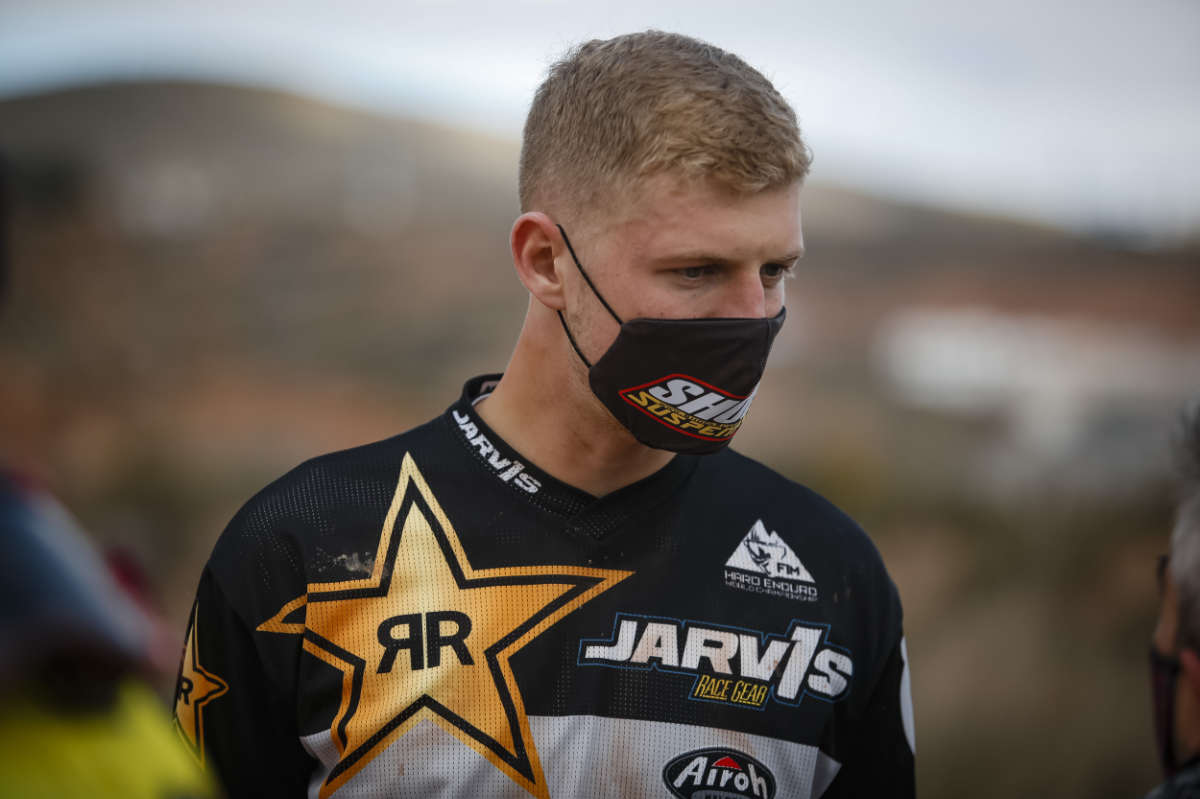 Enduro21 catches up with a rising star of extreme enduro, Bulgarian Teodor Kabakchiev at a Spanish Hard Enduro series round as he prepares for the 2021 Hard Enduro World Championship and settles into life in the Jarvis Husqvarna Racing Team.

2020 proved to be a great year for Teodor Kabakchiev, clinching the Junior SuperEnduro World title and finishing ninth at the Red Bull Romaniacs, while also clocking a top five at the Sea to Sky Hard Enduro – this coming from a guy who says he hasn’t ridden a trials bike in his life.

Just a month and a half after signing with the Jarvis Husqvarna Racing Team, the Bulgarian youngster made his racing debut at the second round of the Spanish Hard Enduro Championship. Enduro21 caught up with Teodor to find out how 2021 is looking and what it’s like having a legend as a team manager…

Hi Teodor, good to see you at the Spanish Hard Enduro Championship, what are you doing here?

Teodor Kabakchiev: “I’m racing [laughs], we have come for that reason! It’s my first time at the Spanish championship and I’m really enjoying it. The track is really nice, quite a flowy one. There are some hard sections, not like impossible but quite technical.

“When you have 150 riders in our class it makes it hard because all the main lines are blocked after the first lap, which forces you to create new ones or to go through harder places. It’s good training for the world championship.”

How’s your life in Spain? Right now you’re living and training at the Jarvis HQ right?

“I have been in Spain since November 2020, first in Barcelona where I was training with Xavi Leon, Eloi Salsench and Pol Tarres and then, at the beginning of the year, I moved to the Jarvis HQ in Malaga.

“It’s great to be here living and training, I had no one to train with in Bulgaria and it was making things difficult. When you’re training alone you kind of reach one level and that’s it but when you train with someone else they push you to get to the next level.

“It’s really good to have someone like Jarvis, he’s a legend in the sport so I don’t think that there’s a rider that can match his experience. It’s a pleasure for me to be in his training place.”

How much of a bonus is it having Graham helping you with technique or other skills?

“For me the most important thing is to work on my technique. I have never ridden trials in my life so that’s a thing that I need to improve. I'm getting better now but there stills a big way to go. Graham is really helping me with it. I think that if you don’t improve your technique you reach one level and that’s it.

“The mental side is really important also and I try to learn from him. He’s a pretty calm person and rider. Anyway, I think that the most important thing is to train and improve your technique, if you have confidence in your abilities and are sure that you can do good at an event, the mentality comes after.”

Where is your focus right now, SuperEnduro or Hard Enduro?

“Hard Enduro definitely. All my focus is on the new FIM Hard Enduro World Championship to be honest. With the SuperEnduro championship it’s like, will it happen? Then at the next minute it won’t happen, then it will again, so you never know. For a racer that’s not good because you need a specific preparation for it, it’s a completely different thing from extreme enduro and it requires a different training program.”

“I’m really excited about the new Hard Enduro World Championship. It’s great that the FIM has stepped in and that it’ll be regulated, I'm really looking forward to it. I’ll give my best, push as much as I can and see what happens. My goal is really to push and much as I can.”