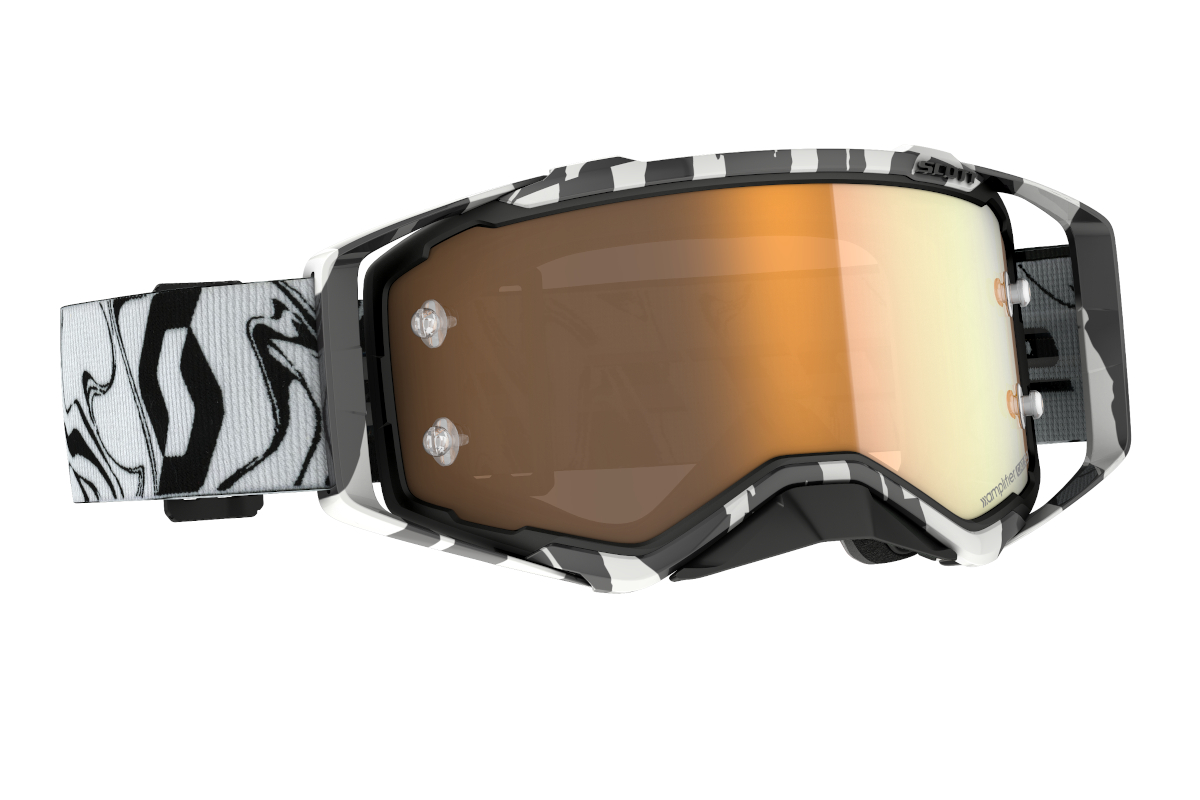 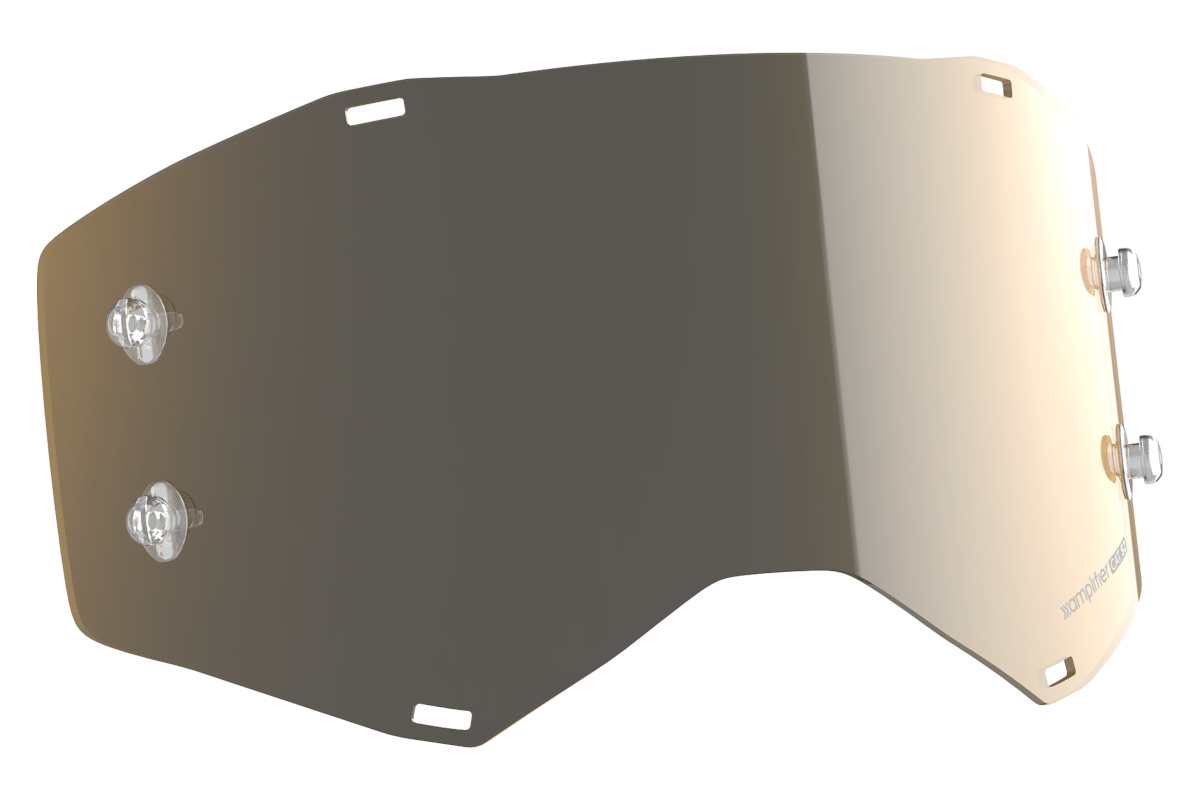 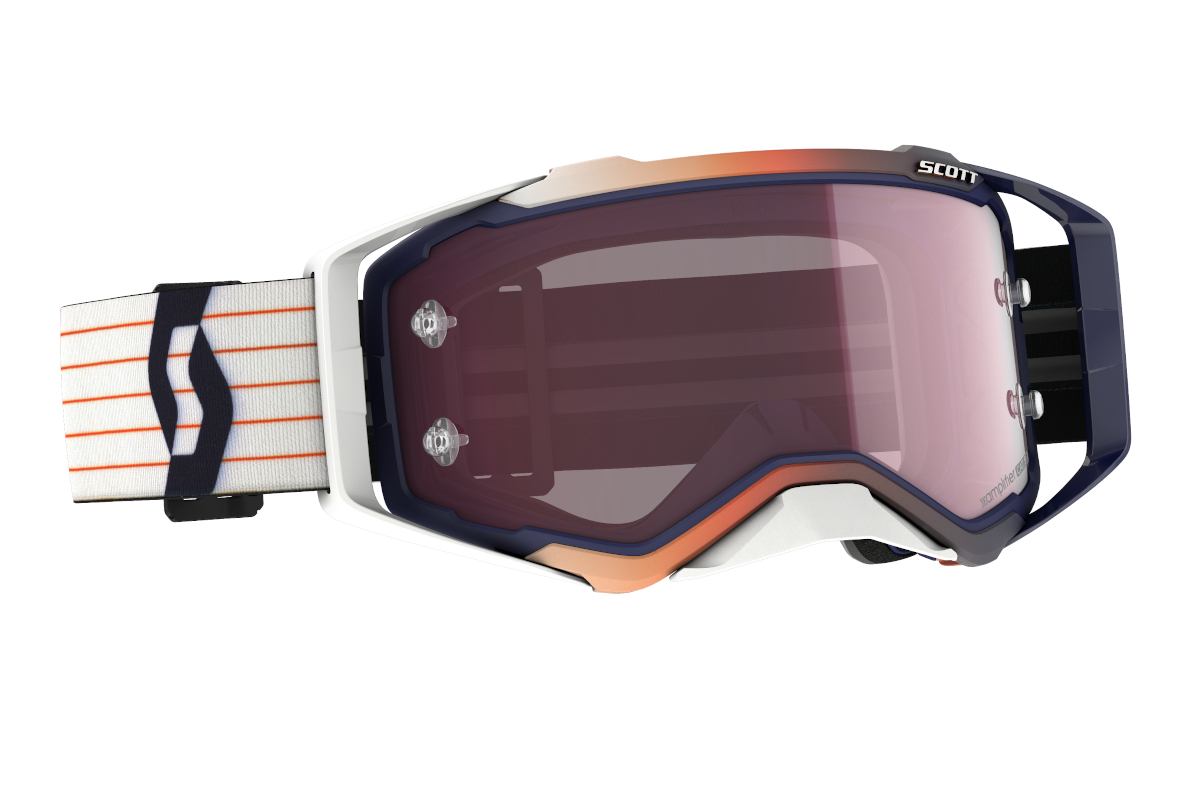 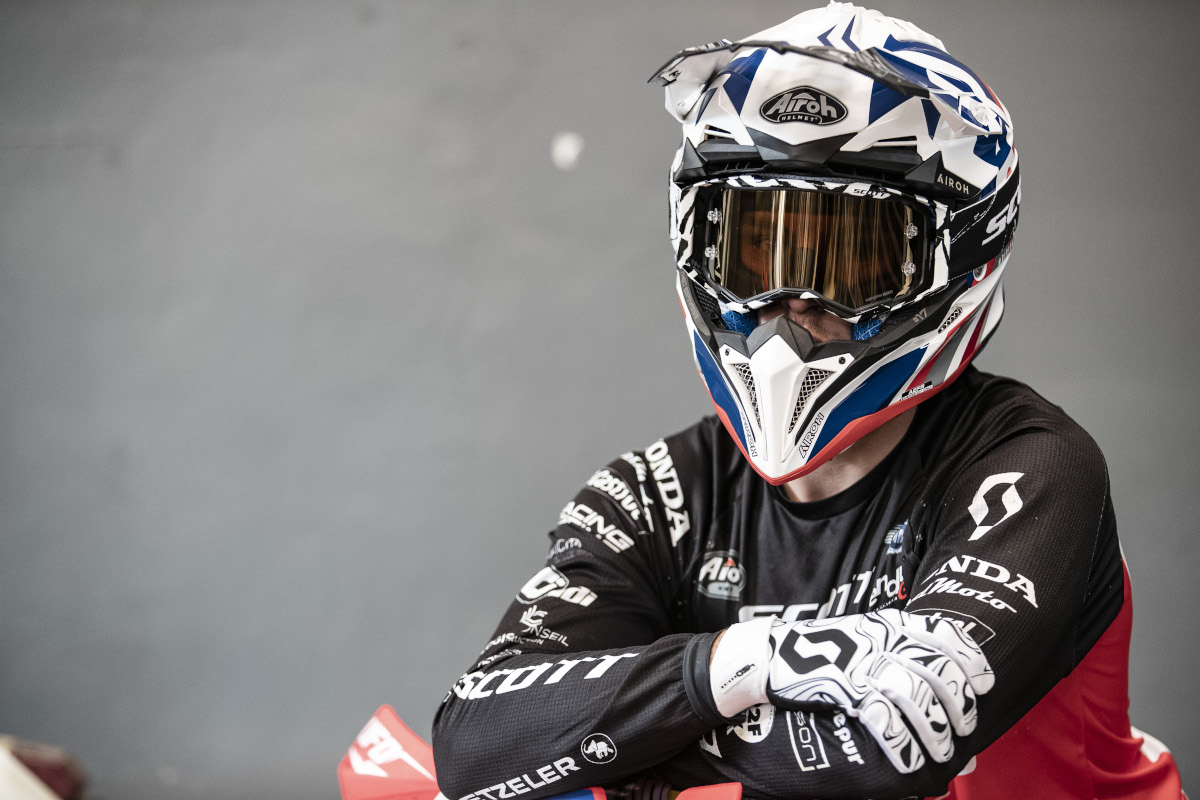 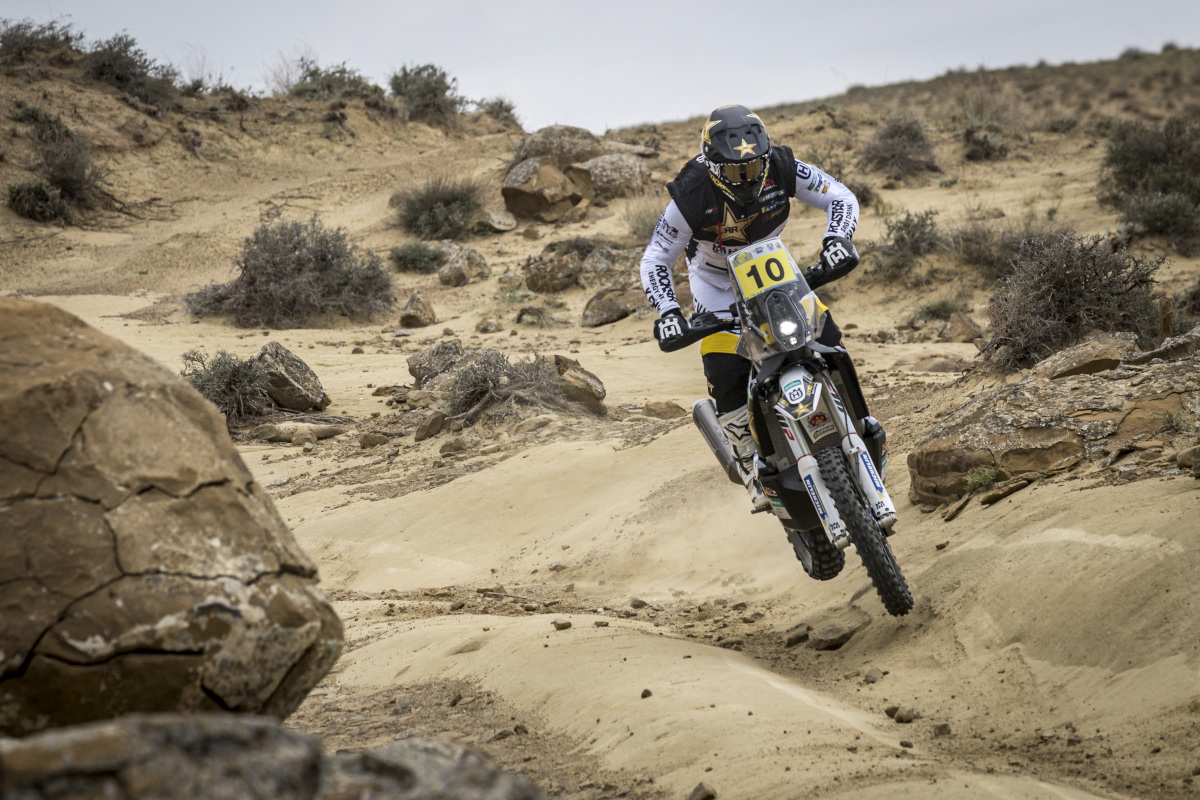 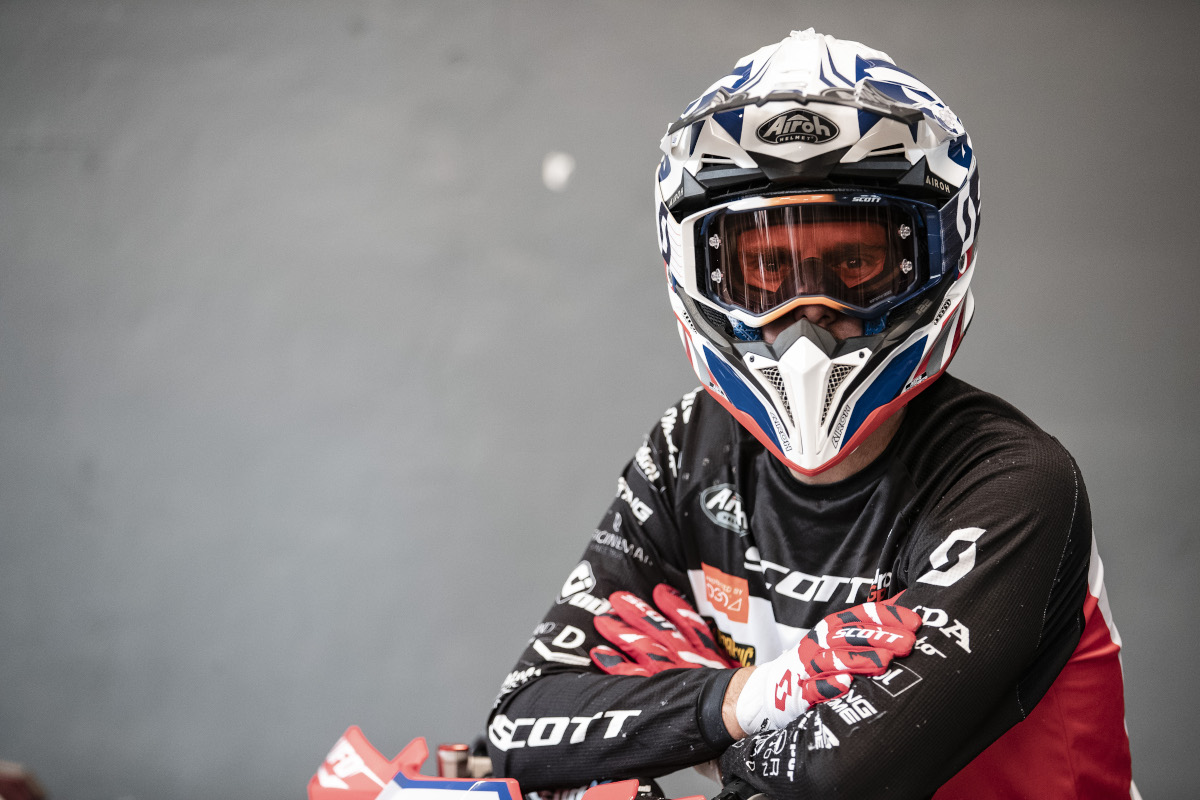 SCOTT has launched their new Prospect Amplifier lenses, which claim to offer improved contrast and optical clarity, making it easier for riders to identify terrain contours and transitions.

Seeing changes in terrain can be a tricky thing for us enduro, off-road and rally riders. Faced with a myriad of different light and terrain conditions, depending on where you’re riding it’s often not always easy to clearly (safely) identify what’s ahead. Rally racers especially often have difficulties spotting bumps or holes in the dirt ahead of them. That’s why SCOTT have developed their new Amplifier lenses, which they claim add contrast to what you see, while also increasing clarity and definition.

The lenses’ tint is built to let some specific colours through while filtering out others, to create increased contrast. SCOTT claim that after years of research they have learnt that our eyes are better at perceiving certain wavelengths. So, in simple terms, the lenses control which get through and which don’t, and by doing so alter how the external environment is seen by the rider. 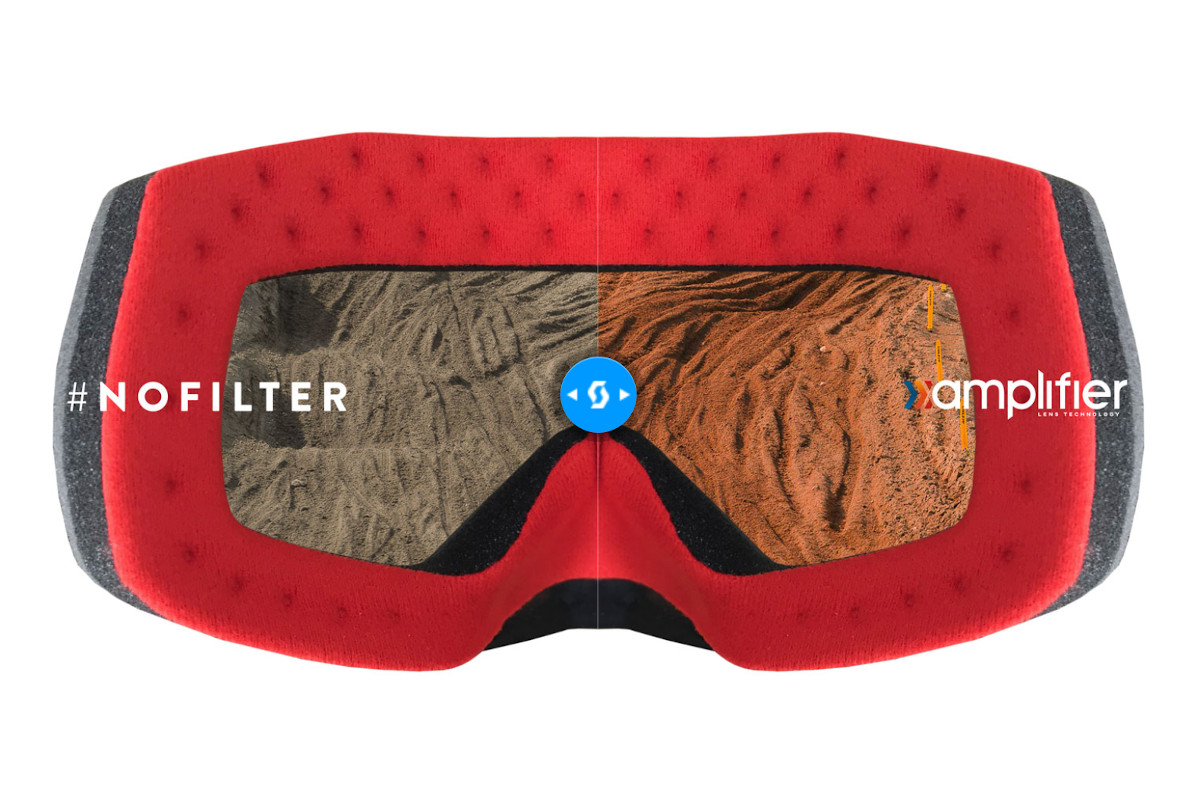 According to SCOTT this translates to improved riding confidence and the ability to ride at higher speed thanks to being able to see ruts, rocks, roots and other object that lie ahead, in advance, which according to SCOTT, makes riding and racing safer.

What is contrast and how does the eye perceive contrast?
According to Wikipedia, “contrast is the difference in luminance or colour that makes an object distinguishable. In visual perception of the real world, contrast is determined by the difference in the colour and brightness of the object and other objects within the same field of view.” So now you know!

Allows you to see contours, ruts and transitions in the dirt in higher definition

Works for all disciplines including enduro, rally, and motocross

Aside from the contrast enhancing technology the new lenses also come with the usual SCOTT anti-fog and impact resistance technologies.