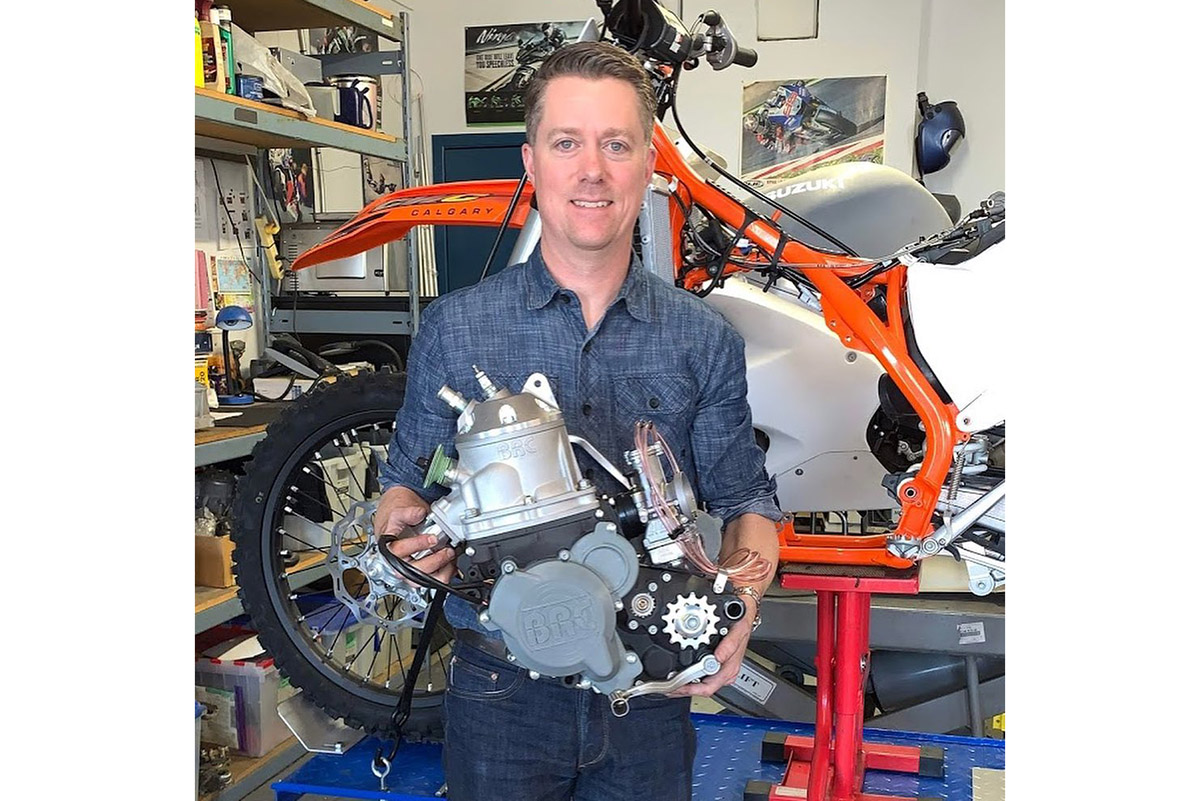 BRC Racing attempt to break the internet (again) with a first look at their new BRC500 two-stroke KTM – the Canadian two-stroke engine specialists are in the last stages of development for a new 500cc kit to fit the latest generation KTM and Husqvarna 2T models.

BRC Racing are based in Calgary, Canada and specialise in two-stroke engines for off-road, motocross motorcycles plus kart engines. Their 500cc conversion kits are their greatest development (we’re saying) and the newest kit will soon be available for 2017-onwards KTM and Husqvarna models with a version for fuel injected (TPI) engines also coming soon.

How does it work?

The BRC 500cc engine kits sit on top of a donor engine and transmission but use new cases, crankshaft, cylinder, seals, gaskets and so on including a new exhaust system. They even use the standard electric starter. You bolt it back in your existing chassis and you have one mighty upgrade!

BRC say the plan is to get testing underway with running prototypes for the 2017-onwards models in late October, 2020 and will then announce pricing options for both carburetted and TPI options in the coming weeks. The fuel-injected version is being developed by Australian engineering company, Two Stroke Performance.