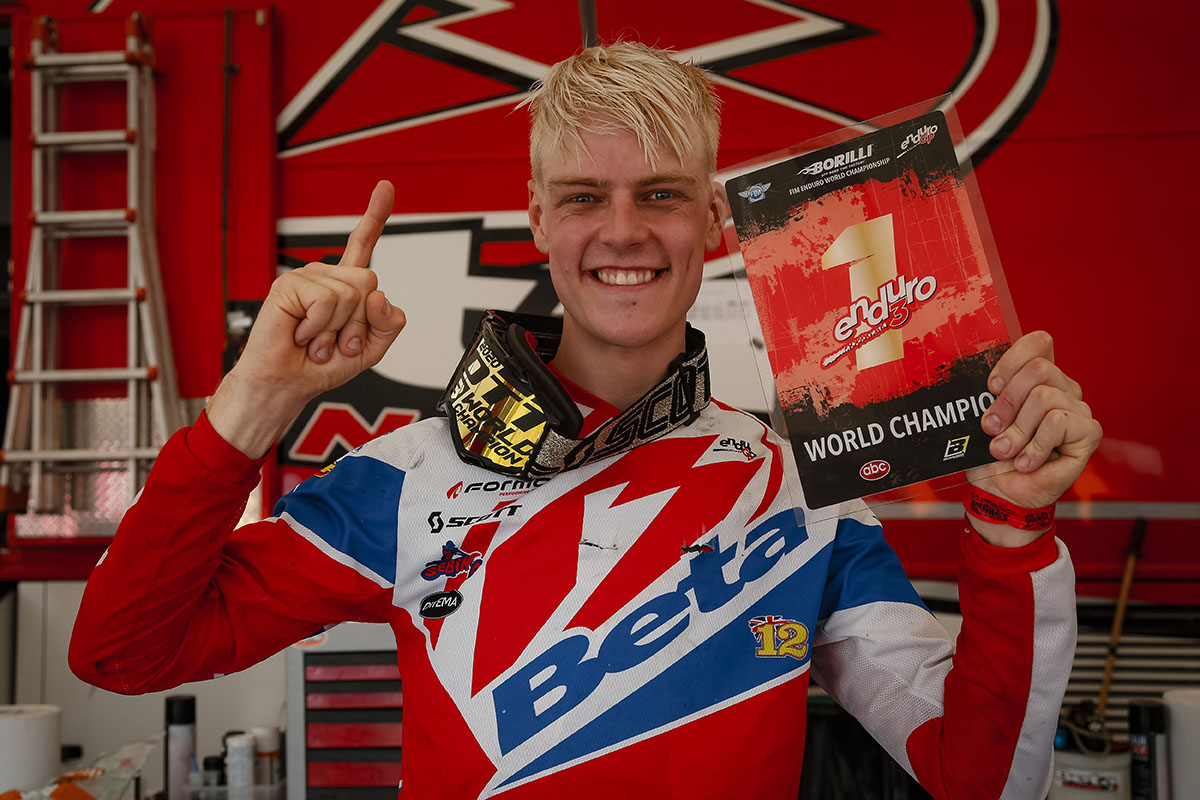 Beta has announced the contract renewal with Enduro 3 World Champion Brad Freeman who will continue with the Beta Factory Enduro Team for three further years, until 2023.

Freeman and Beta have extended their contract until 2023 just one year into the deal which saw the British rider signed to the full factory squad. Brad has a series of consecutive world titles in recent years, five in total from Junior to EnduroGP World Champion in 2019, all with the Beta Boano squad.

When he switched to the Beta Factory Enduro Team for 2020 it also meant a change of machinery from the 250 to the 300 two-stroke model but it was a step which again brought success with the E3 world crown and narrowly missing out on the scratch EGP title.

Brad will continue aboard the 300 RR 2T Factory in the Enduro GP world championship, E3 category and in the Italian Enduro Championships in 2021.