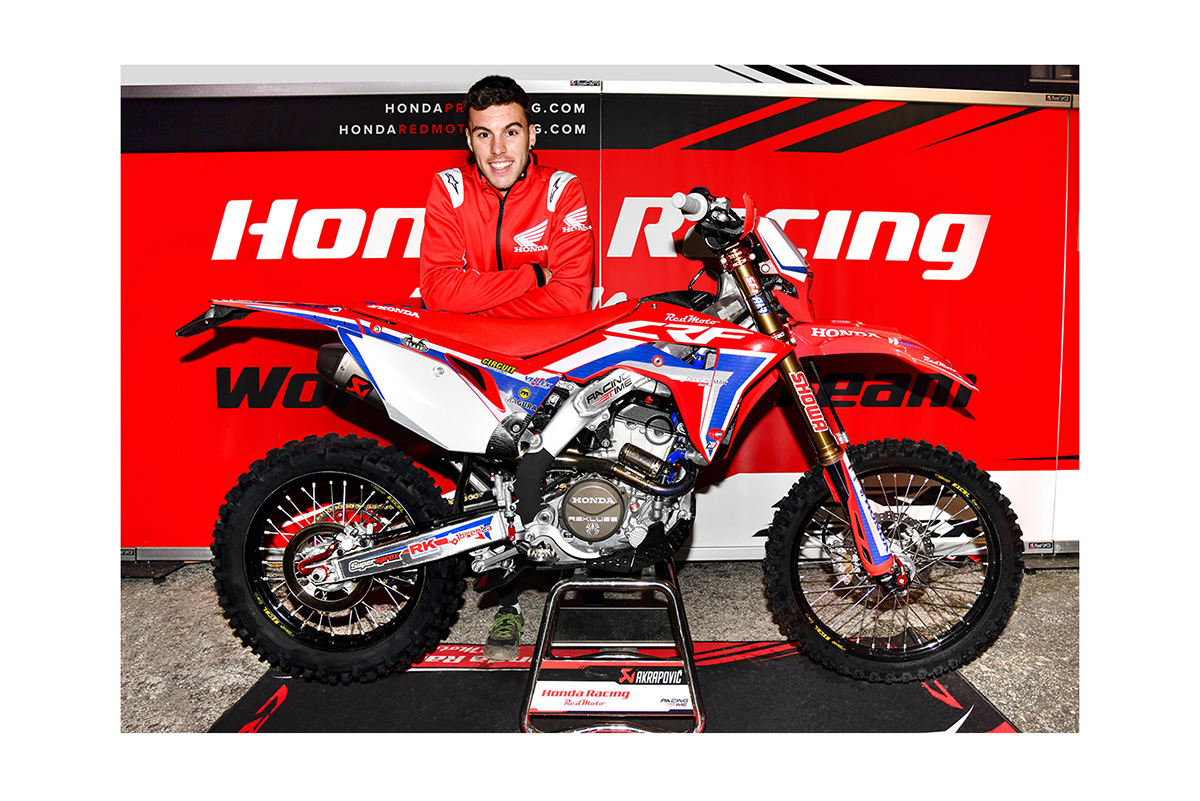 Theo Espinasse has completed shock move to the Honda Racing RedMoto World Enduro Team for the 2021 EnduroGP World Championship season – young French rider will also make the step up to the senior classes.

Honda Racing RedMoto World Enduro Team has announced the surprise signing of Theo Espinasse, tempting the Frenchman away from his long-standing association with the Sherco Factory team. Espinasse will form part of their three-rider line-up alongside Thomas Oldrati and Roni Kytonen for the 2021 Enduro World Championship season.

“Running with Honda Racing RedMoto World Enduro Team is a dream coming true,” says Theo. “I’m happy to be part of a team of the highest level. This is an important step pushing me to grow a lot by jumping into EnduroGP as Vice Champion of World Junior class, even though obviously it won’t be easy.

“I’m looking forward to joining the team and starting training. We’ll have a sequence of tests so that we can choose which Honda-RedMoto CRF RX Enduro bike to compete with and which class to run in. I thank right away Matteo Boffelli’s team, I’ll work to pay back the trust towards me and to reach important goals with Honda Racing RedMoto World Enduro Team.”

Espinasse started his career in Enduro just three years ago in 2017 and made an immediate impact in his native national series as well as on the world stage. In 2018 Theo won the  Junior French title, was second overall at the Classic French Enduro, Trèfle Lozérien and stood on podium with the French team at International Six Days Enduro in Chile.

In 2019 Espinasse was vice champion in the Junior World Championship and J2 class (plus in France again). 2020 saw Theo one of the odds-on favourites for the Junior World title before a mechanical issue in the penultimate GP quashed his chances.

The news confirms that Daniel McCanney will lose his seat in the RedMoto squad while 2020 team members Thomas Oldrati and Roni Kytonen remain. Naturally, Espinasse's move also leaves a hole in the Sherco Factory team in the EnduroGP paddock and adds to an interesting week of GP news which saw the Boano squad take over the official TM Racing factory enduro team.

“We are very pleased to reach this agreement thanks to which a young talent of French Enduro can debut in EnduroGP next year riding our Honda RedMoto CRF Enduro RX bike.” Adds Honda RedMoto team manager, Matteo Boffelli. “We want to keep on enhancing and betting on young talents. This year, Espinasse has shown to have reached an excellent professional level and we are certain he will express himself as best with the new bike for his first season as beginner in EnduroGP. As for us, we’ll make everything available to take him on his growth path.”