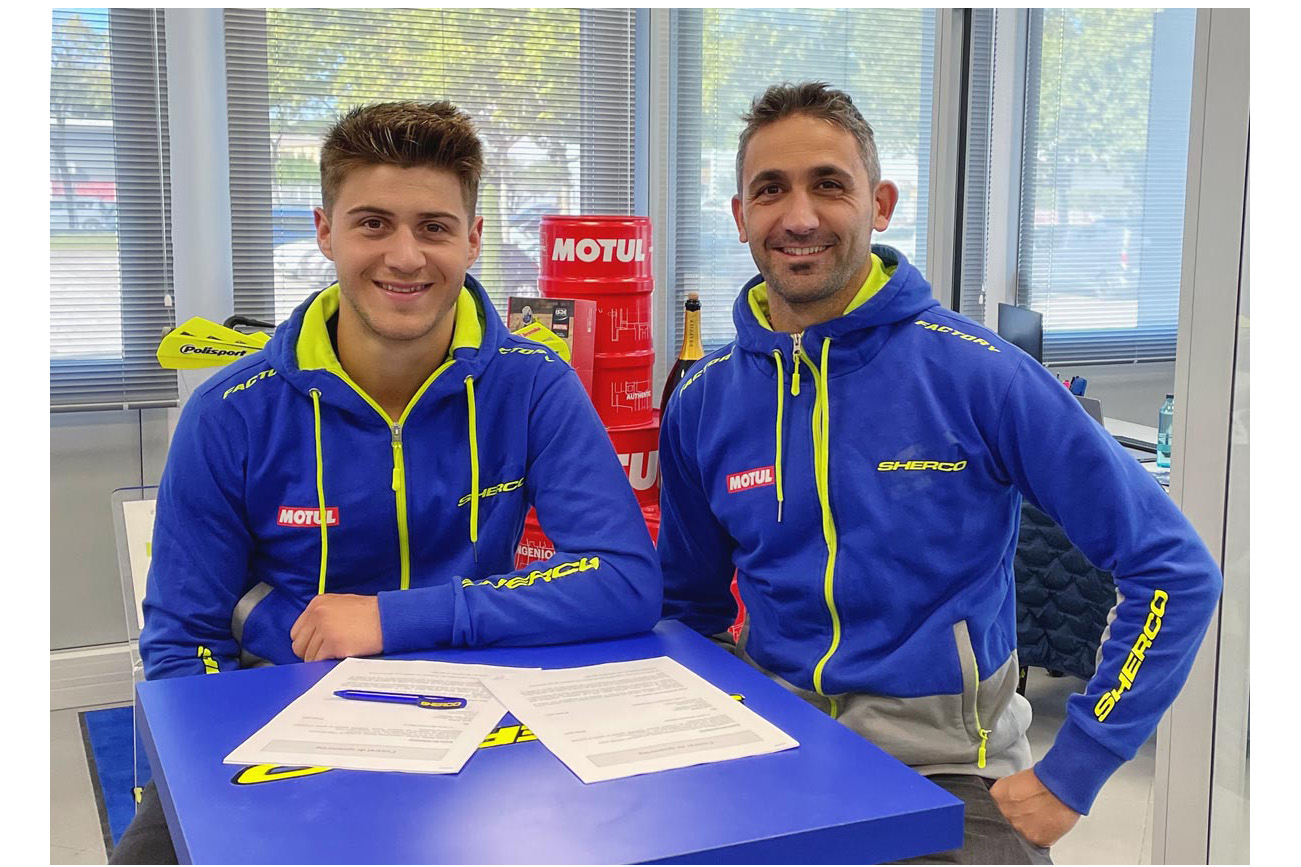 Young French rider Zach Pichon has signed with Sherco Factory Racing to race the 2022 EnduroGP World Championship season – the former MX champion will begin his Sherco career this weekend at the final GP of the year in Langeac, France.

The 21-year-old French rider Zach Pichon has signed for a full-time switch to EnduroGP after a successful upbringing on the dirt in European and then MXGP championships. The young French rider will contest the Junior class in 2022 onboard Sherco’s SE 250 two-stroke.

The son of former 250 World MX Champion, Mickael Pichon, is no stranger to racing between the trees having already tried his hand at Enduro on home soil in France – most notably the last time we visited France for the 2019 GP in Ambert.

Sherco’s racing manager Jordan Curvalle confirmed with Enduro21 that Pichon will contest the final GP of 2021 in Langeac this weekend to familiarise himself with the bike and team in race situation ahead of a full attack on the Junior world title in 2022 plus the French Enduro Championship.