North America’s biggest Extreme Enduro, the Tennessee Knockout (TKO), is confirmed for the weekend of August 13-15 and is planned as a stateside stopover for the WESS World Championship.

The 11th annual TKO at the Trials Training Center in Sequatchie, Tennessee has set dates for next August and welcomes amateur entries from December 10 for an event which will continue to serve as the AMA Grand Championship for Extreme Off-Road racing and, along with welcoming WESS riders, will also feature a Women’s championship class to race on the Saturday.

“We have had ten great years of TKO events and look forward to starting on the next chapter with more exciting news to be shared in the coming months,” said Eric Peronnard, co-producer of the Tennessee Knockout. “We are working on a few new ideas and improvements as well as working with WESS to be a part of their 2021 series, as we originally planned for 2020.”

Red Bull will continue to be a partner with the TKO event in 2021 with plans for broadcast coverage. Tune-in information to follow. 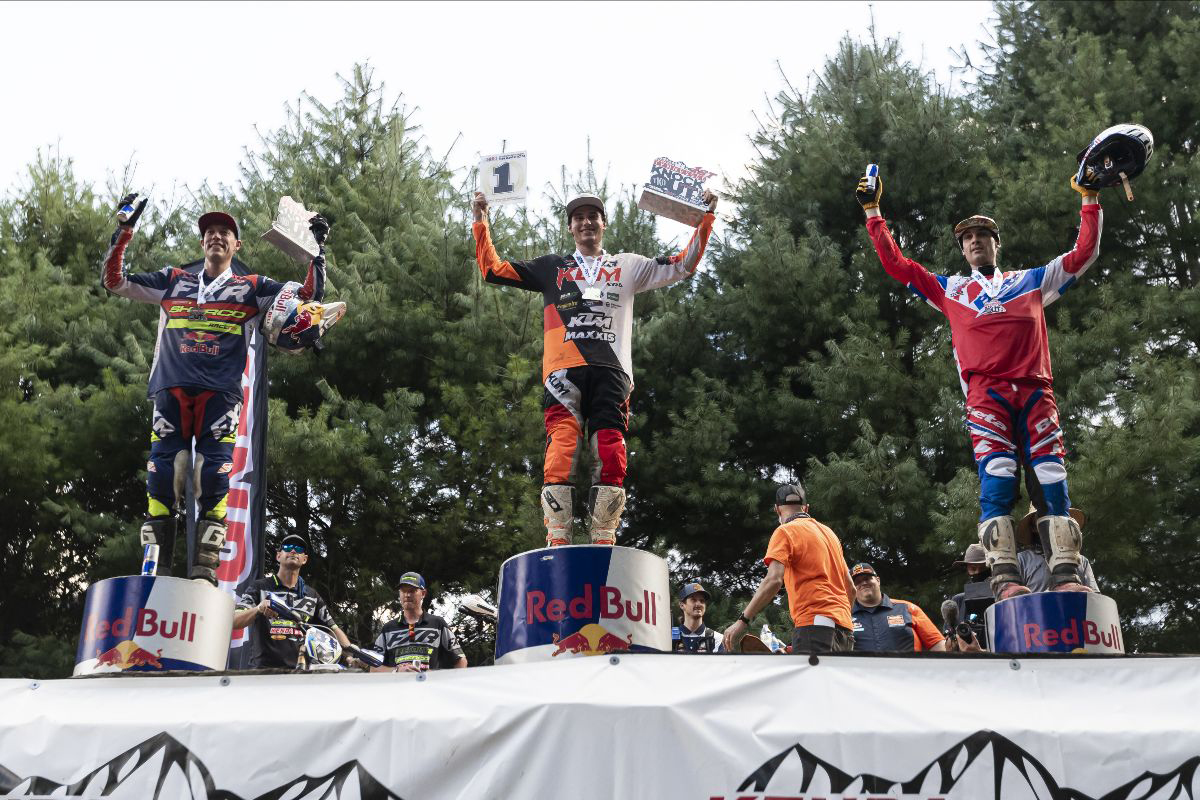 As one of the premier off-road motorcycle races in the US, TKO attracts the top American and International riders. Tennessee Native Mike Brown won the first two events with Californian, Cody Webb close behind both times. Webb then went on a six-year run of winning TKO, topping many of the best riders in the world in the process. Jonny Walker, Graham Jarvis, Wade Young, Mario Roman, and Manuel Lettenbichler all challenged Webb but the American was unbeatable. A knee injury forced Webb to miss the 2019 TKO and Germany’s Lettenbichler became the first International rider to win the event. In 2020, Canadian Trystan Hart broke through for a win over Webb, and Chile’s Benjamin Herrera. With more international riders expected, who will stand on the top step of the podium in 2021?

TKO will again pre-qualify the top riders to the four-round Sunday competition. This will include top riders from major US and International off-road racing series and events. Any rider that finished in the top 26 on Sunday at the 2020 TKO, as well as riders that have qualified for a previous TKO Sunday main event, will be qualified directly into the 2020 TKO Sunday program. The expert riders will be competing for a $10,000 purse.

The Saturday program will include two rounds of racing and will serve as the AMA Extreme Off-Road Grand Championship for Amateur riders. The overall Amateur winner will be awarded the AMA Extreme Off-Road Grand Championship number one plate (Additional non-championship classes will be available for A, B, C, and 45+). Amateur riders can earn spots directly into round two via several AMA regional championship events. Riders that do not qualify via one of the AMA regional events can sign up for one of 400 open spots that will compete in a morning qualifying race that can earn a spot in the championship final on Saturday. The top 30 finishers from Saturday will earn a spot in Sunday’s expert program.

Amateur registration opens at 6:00 pm CST on Thursday, December 10, 2020.  There are just 400 spots available and entries have sold out in just a couple of hours in the past so please plan to get your entry in as soon as it opens.