Video highlights of Cody Webb's win at King of Motos, round one of the 2020 AMA West Extreme Off-Road Series – Trystan Hart ran second ahead of WESS Champion Manuel Lettenbichler.

After 10 months off the races due to a knee injury, Cody Webb made his comeback at the 2020 King of the Motos taking his fifth win at the event on his first race with the FactoryONE Sherco Team.

Canadian Trystan Hart finished second with Mani Lettenbichler rounding the podium. The WESS champion was leading when he took the wrong line during the third lap resulting in a one-hour time penalty. It was a similar story for Colton Haaker who fell foul of the hour time penalty also. 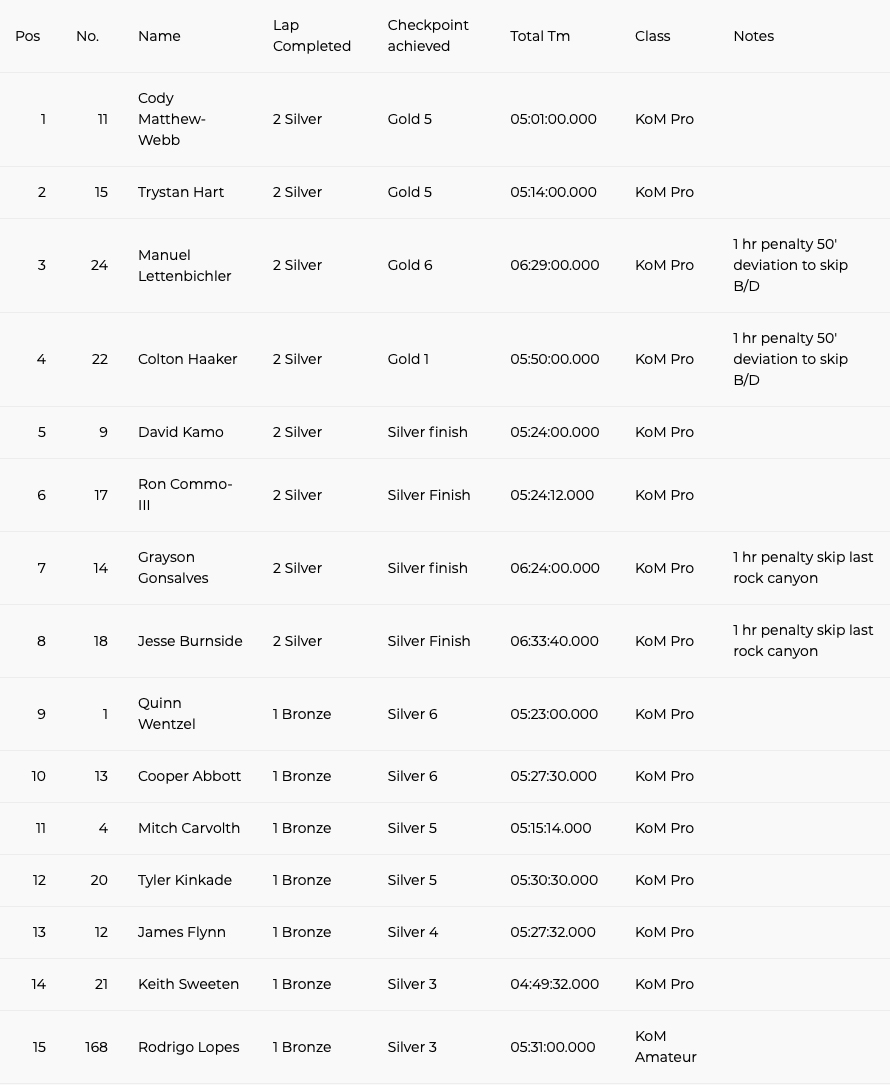