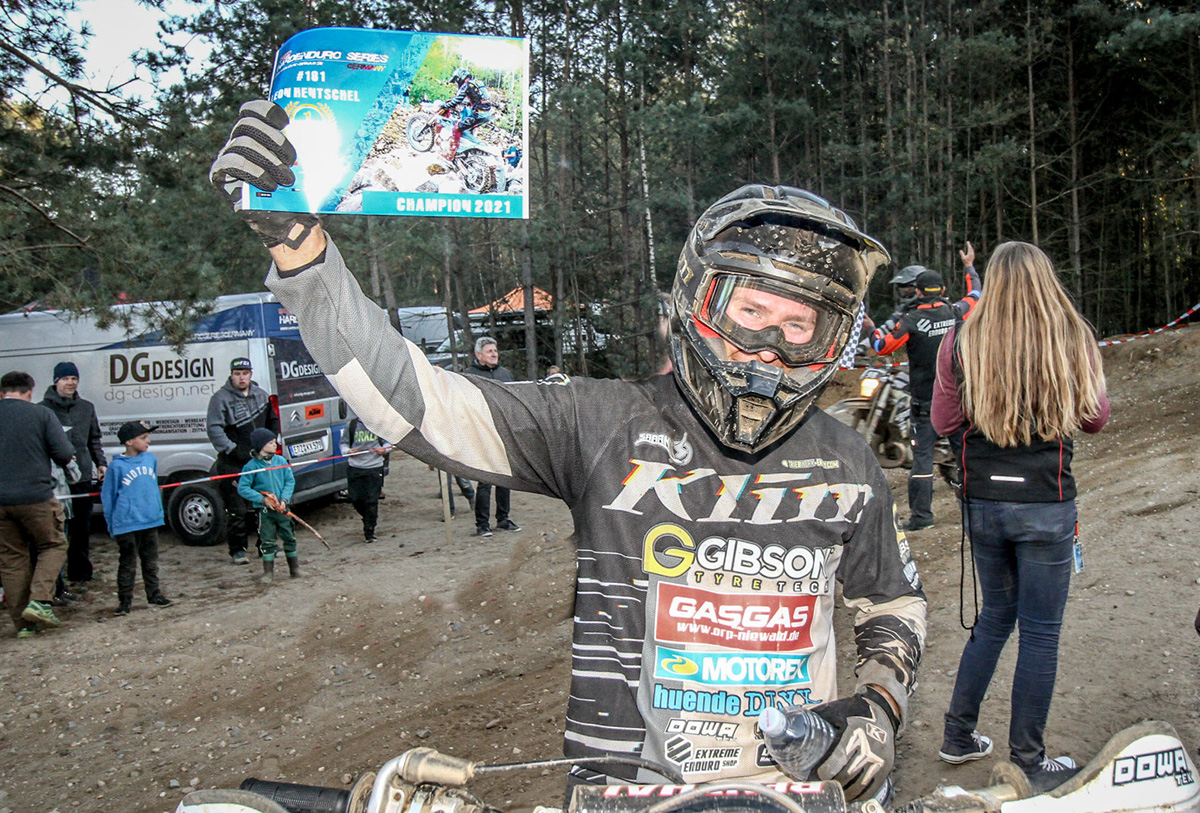 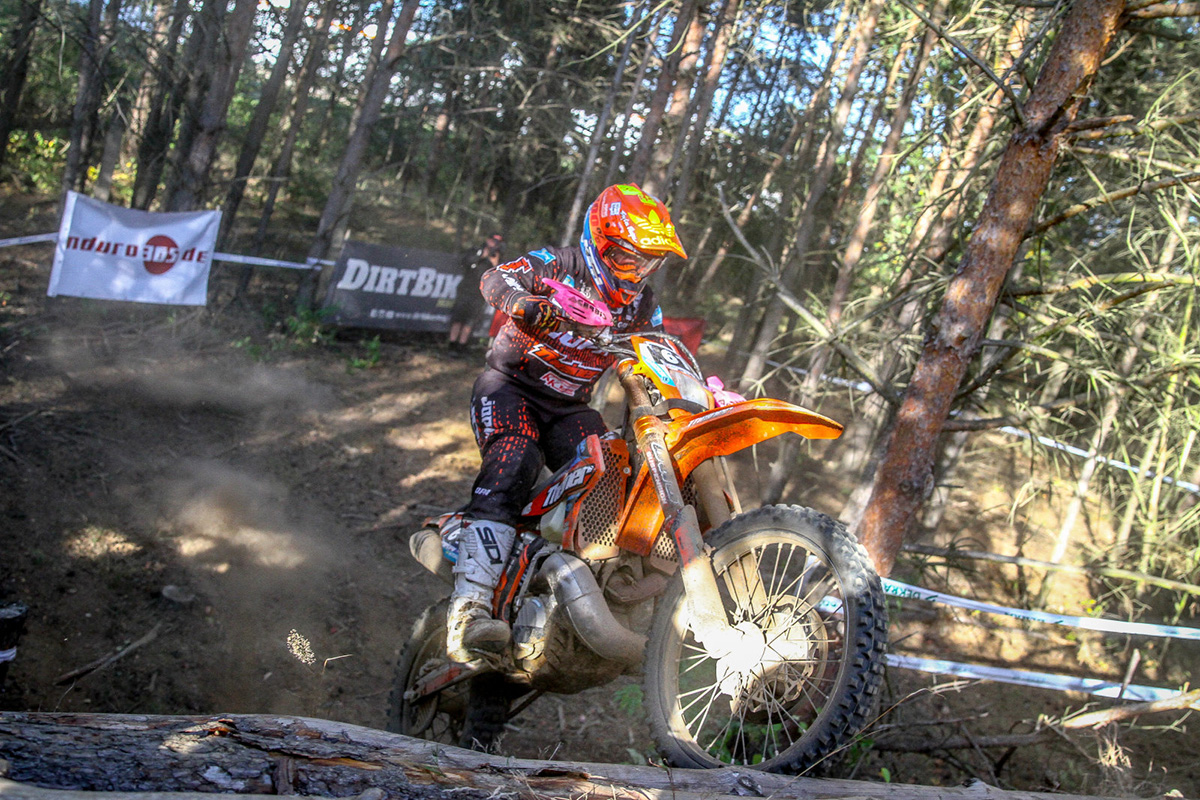 Leon Hentschel secured his second Hard Enduro Series Germany Championship title with victory at the Isegrim Enduro, the penultimate round of 2021 season.

In dry conditions (too dry some said), the penultimate round of the 2021 HESG got under way with the Endurides Prolog on the training track of the Quadpoint Schwepnitz.

A short, fast lap was unforgiving and Marc Wulf, who still had theoretical chances of winning the title before the race in Schwepnitz, set the best time of 1:00.63 ahead of Hentschel in second and Paul-Erik Huster who achieved his best prologue result.

Crash at the start decides the Junior classification

The group races were held on a shorter lap this time as in previous editions of the Isegrim Enduro. The riders were all the more eager for a good placing for the main race and with a. good crowd the second group race was a bit of a shocker from the start.

Leon Hentschel, Kenny Lötzsch and his Zweirad Sturm teammate Louis Richter all collided off the start and though Hentschel and Lötzsch were quickly able to resume their race, Richter was forced to retire.

The shocker was because this was Richter’s last chance to become Junior Champion gone. Hentschel went on to win that heat race with Wulf taking the other.

Hentschel with sixth victory and the championship

There is no way around Leon Hentschel this season and in the sixth round the rider from Uelzen put in another commanding performance. Marc Wulf was also able to move up to second place in the standings after backing up his prologue and qualification speed with second place – although main rival in the championship, Max Faude, was unable to travel to East Saxony due to illness.

For Hentschel, the second title in HESG is a great success in his career: “Winning all six races so far is just amazing. Of course, I would like to repeat this again next year.” And presumably finish the year with a win to complete the set.

With third place overall, Paul-Erik Huster was the second rider of the day to complete a successful season with the Junior trophy. Due to Louis Richter's retirement, he also secured the title one race before the end.

Behind him, however, the battle for the runner-up is raging with four Juniors still in with a mathematical chance. Arvid Meyer made up ground with second place in the race, moving him to third in the standings behind Richter. Behind him in fourth place is Lenny Geretzky ahead of Eric Seifert.

The final round of the 2021 Hard Enduro Series Germany will take place on November 20 in Hamma, Thuringia.

The online registration for this event will start at the end of October on the Maxxis Hard Enduro Series Germany website: www.hardenduro-germany.de