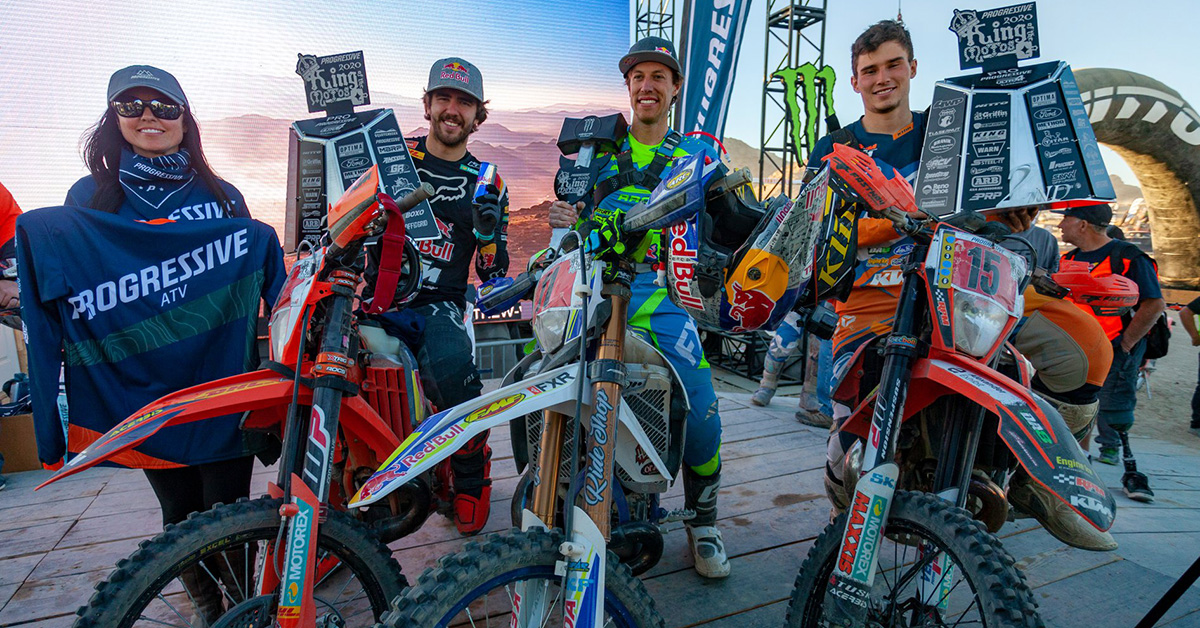 King of the Motos AMA EXtreme win for Cody Webb

Inaugural AMA Extreme Off Road Series win for Cody Webb at King of the Motos ahead of Trystan Hart with Mani Lettenbichler third after an hour penalty.

Cody Webb came back with a bang to take the opening AMA Extreme Off Road West Series round of 2020 at the King of the Motos.

Competing his first race since major ACL injury and his first outing in the Sherco USA colours, Webb made the best possible start to the newly formed AMA series. Trystan Hart came home in second place while WESS champion, Manuel Lettenbichler had to settle for third after receiving an hour time penalty.

The inaugural AMA Extreme Off-Road West Series kicked off in the rocky Californian desert this weekend at the King of Hammers off road festival. 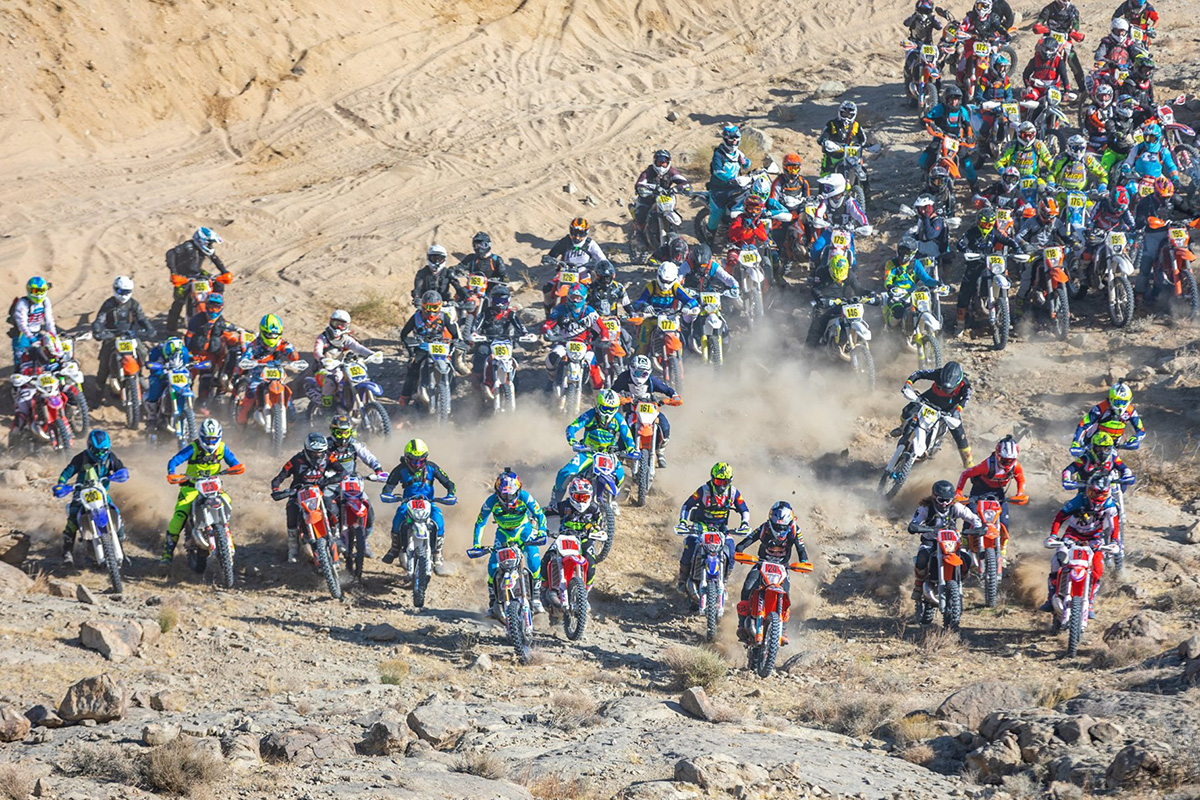 Lettenbichler took the holeshot at the start of the three lap race, reaching the top of the event’s first rock-strewn climb ahead of previous King of Motos winner Cody Webb, Trystan Hart and Colton Haaker.

With the leading quartet completing much of the opening lap together, Lettenbichler edged ahead on lap two with Webb in tow in his first competitive outing for the Sherco USA.

The GPS-based event increases in difficulty with each lap with Lettenbichler and Webb successfully completing lap two out ahead of the rest before taking a pit stop heading in to the third and hardest lap of the event. 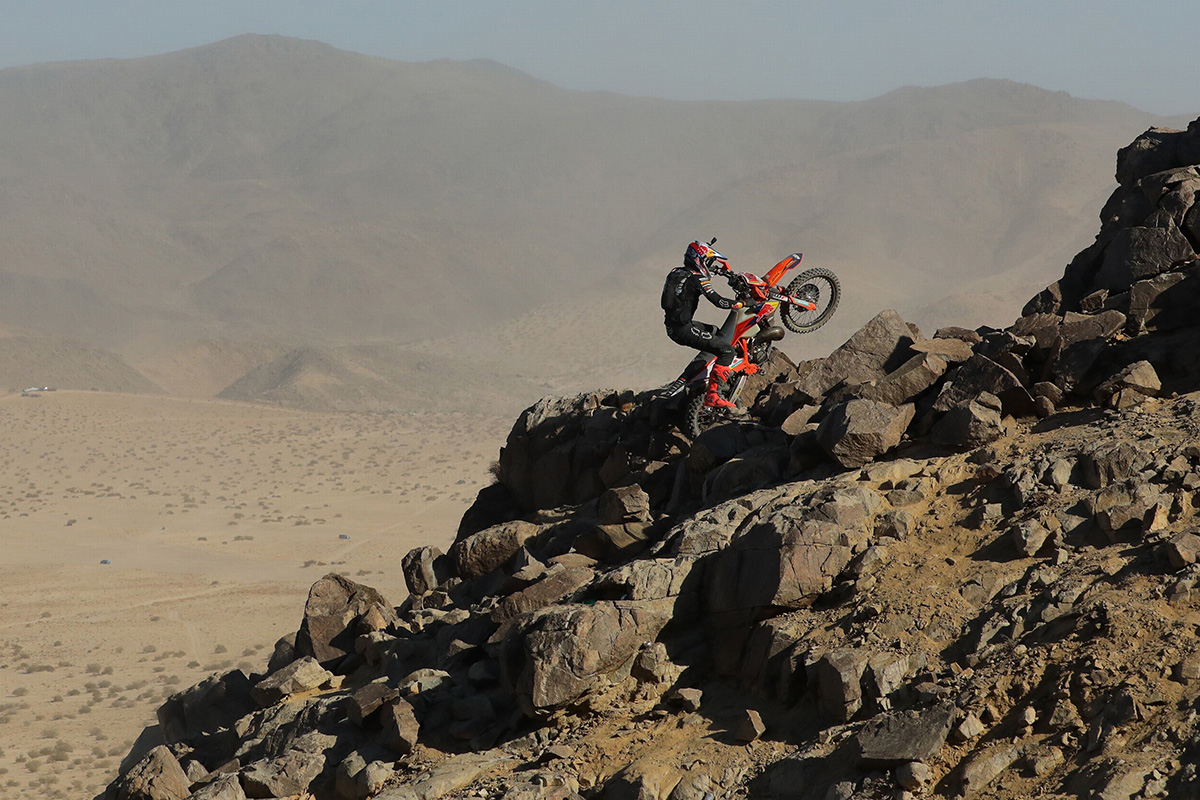 The event took a dramatic twist close to the finish when Lettenbichler took the wrong line through a canyon while leading. The line had been used earlier in the day but the fresh GPS route for lap three meant an error for Mani and heavy one-hour time penalty which, remarkably still only dropped him to third. Colton Haaker was fourth also in his first outdoor extreme race of 2020.