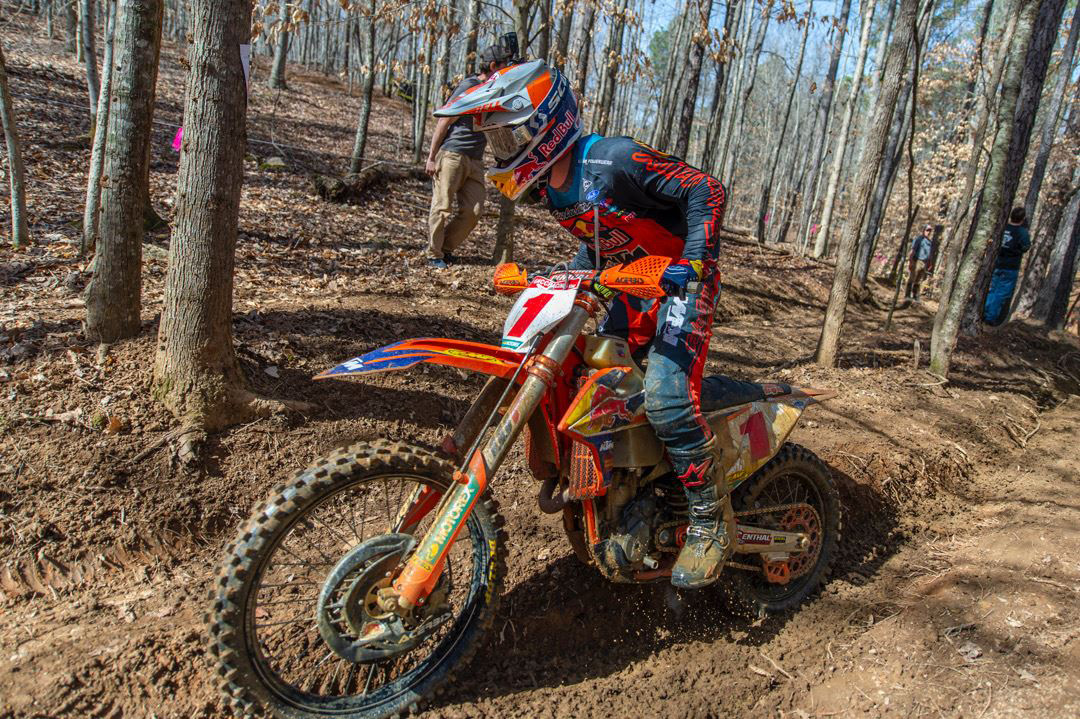 “There was no way I was going to lose…ever!” Dominant GNCC round 1 win for Russell

Kailub Russell makes a perfect start to the 2020 GNCC season with a relentless victory at Big Buck, South Carolina.

On the heels of announcing his last full season of professional GNCC Racing in 2020, Russell came into the opening round on-point and hungry for victory and promptly took the holeshot and early lead. 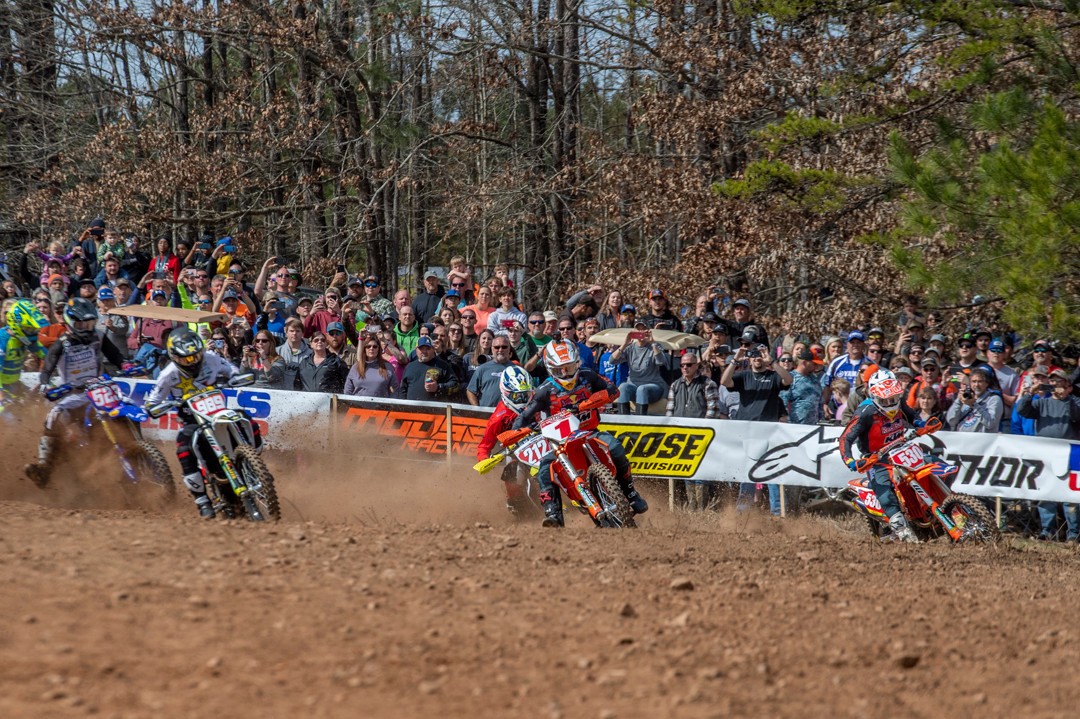 FMF KTM Factory Racing rider was the definition of relentless with a race across the three hours racing that proved unmatchable – Russell finished just shy of two minutes ahead of the second-place rider to earn his 61st career victory.

“There’s no way I was going to lose my last first-race of the season ever!” Said Russell after the victory. “I felt really good and I came in really prepared – I’ve been dialled-in the last seven weeks training hard, working hard and I finally came into the season 100% healthy and ready to go.” 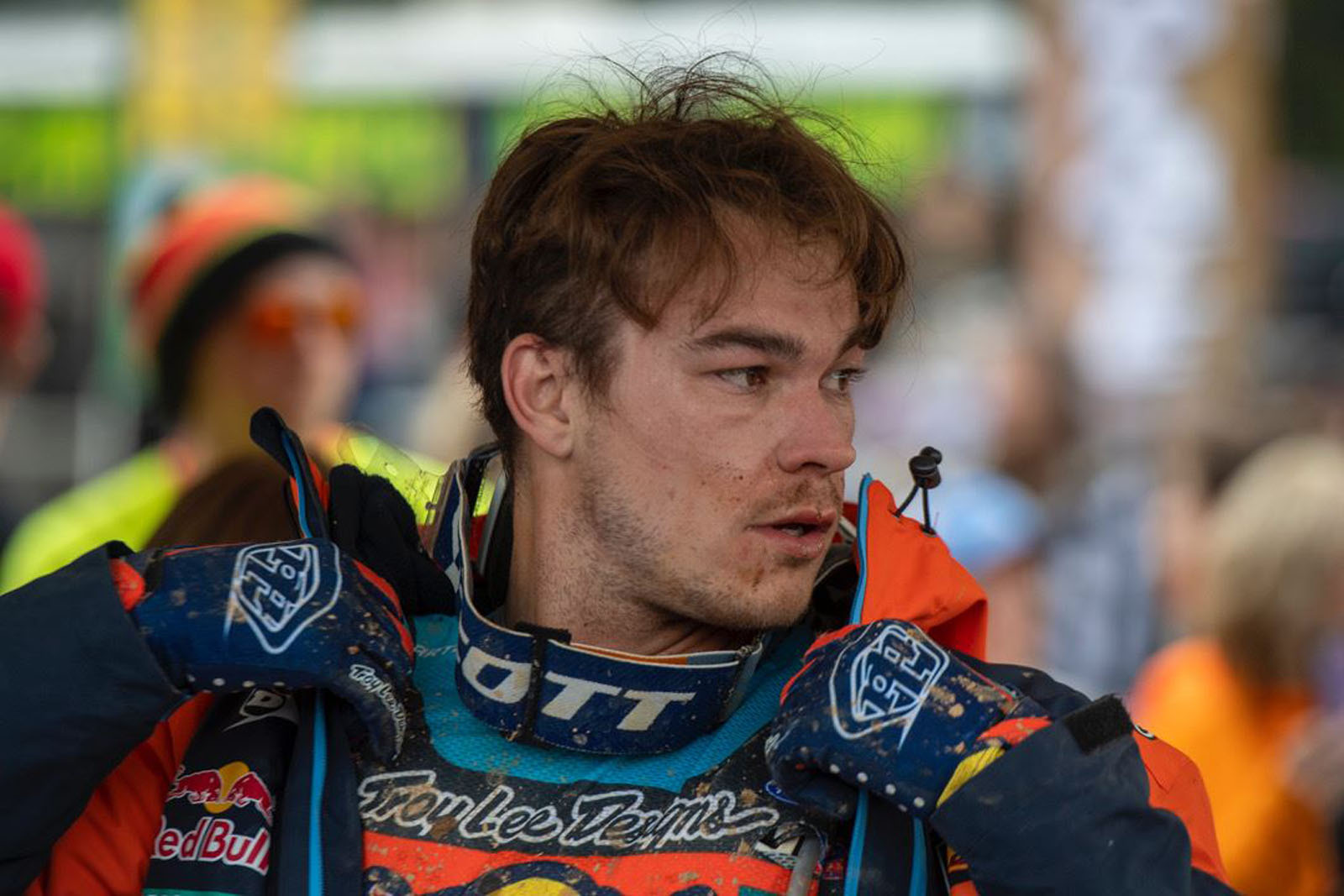 “I feel like I’m back on 2015 form where the race comes to me really easy.”
Kailub Russell

The other fast Russell, Ricky pulled a stellar performance out the bag at Big Buck with P2. Ricky tailed Kailub early on and up until the half way stage was in touch, although an early pitstop on lap two knocked him back.

The GNCC Champion’s relentless pace out front hit home on the fourth lap when Ricky fell while trying to keep up and dropped over a minute. Still ricky looked the only rider to come close to Kailub's pace in the race and rounded out the six laps almost two minutes down. 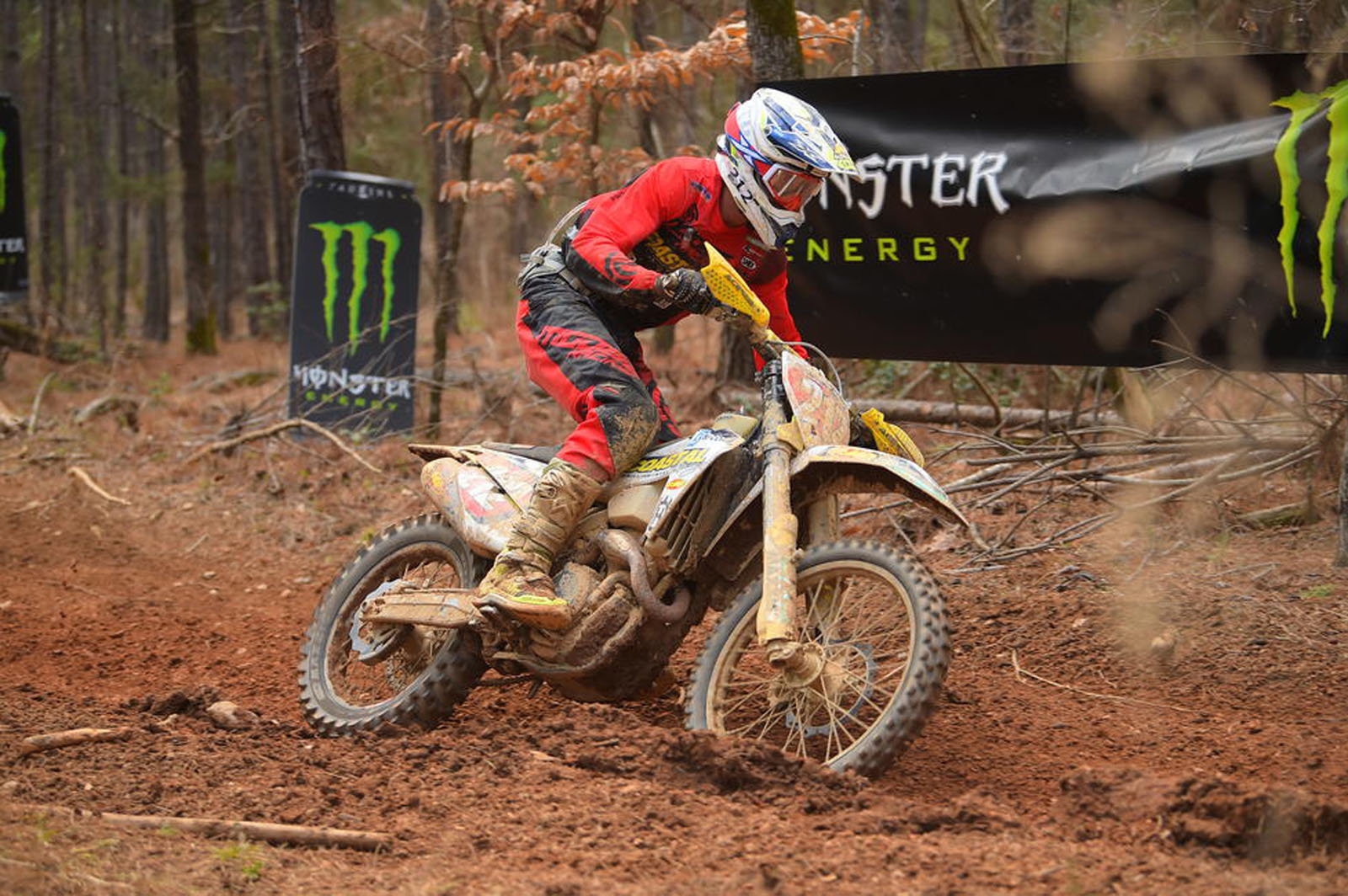 Josh Strang had also strong performance at round one of the 2020 GNCC season. Strang was in the thick of down in sixth on the opening lap, but by the time the race reached the halfway point he had worked his way into third. Strang kept that spot to the finish and claimed he was stoked to start his GNCC season so well.

Best of the new FactoryONE Sherco team riders was Steward Baylor who ran down inside the top 10 on the early laps before jumping up the order. By the last lap he was pushing Strang for that final podium spot on home South Carolina soil but had to settle for fourth, five seconds down. Baylor said after he was still working on set-up with the new Sherco machines although GNCC round one would normally have been a good point to get things sorted by...

One of the pre-season challengers for Kailub’s title was his teammate, Ben Kelley. Kelley injured himself in a crash on the Monday prior to the race and though he lined up to race and salvage points, the pain caused him to withdraw three laps in. Kelley is due to see a doctor this coming week.

GNCC round one was also a tough time for 2019 runner-up and championship challenger, Thad Duvall. After battling at the front of the pack on the opening lap, Duvall had big crash which forced the Factory Husky rider ultimately to retire. Duvall’s team say he too will see a doctor this week but it is thought he re-injured his knee (the injury which kept Thaddy out the last two rounds of 2019).

Earning his first-ever XC2 250 Pro class win was AmPro Yamaha/St. Lawrence Radiology’s Mike Witkowski. After starting the day off in third, Witkowski picked off the competition to take up the lead on the fourth lap. With a gap of one minute and 23 seconds ahead of second, Mike finished fifth in the overall standings.

After missing all but three rounds of GNCC racing last year due to health concerns, Jeremy Girroir proved held the lead for the first three laps of XC2 racing in South Carolina. Battling for the lead with Witkowski, Girroir held on for second at the checkers.

After battling to close the gap throughout the entire race, Craig DeLong came through to finish third crossing the finish line just five seconds behind Girroir. 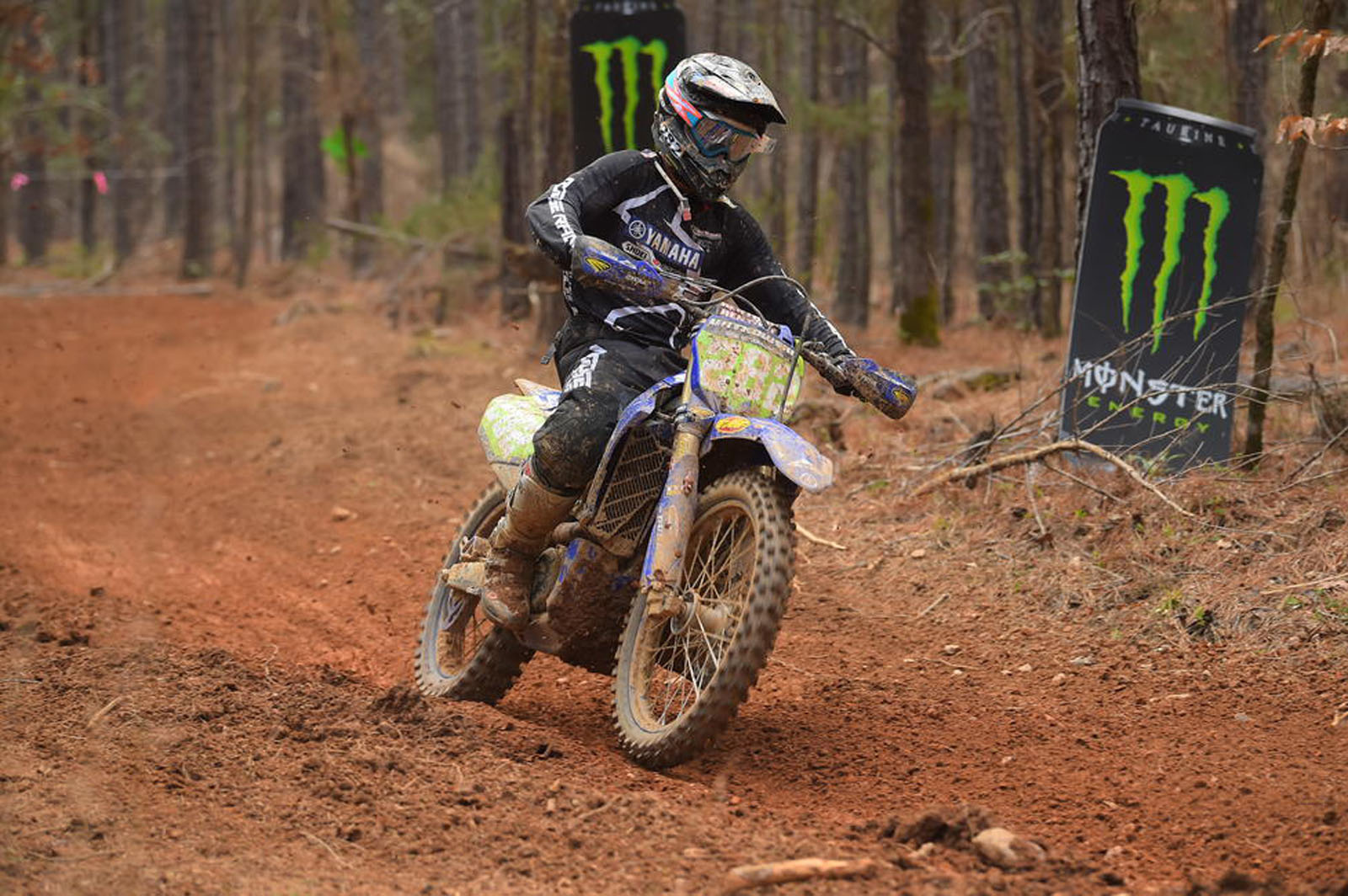 Becca Sheets takes the Women’s round one win

Tayla Jones getting the jump off the line first and earned the Trail Jesters $100 WXC holeshot award. Jones lead on the opening lap but as the WXC riders came through timing on lap two Becca Sheets had the lead which she held for the remainder of the race, earning the first WXC and 10 a.m. overall win of the season. Jones would cross the line second followed by Rachael Archer. 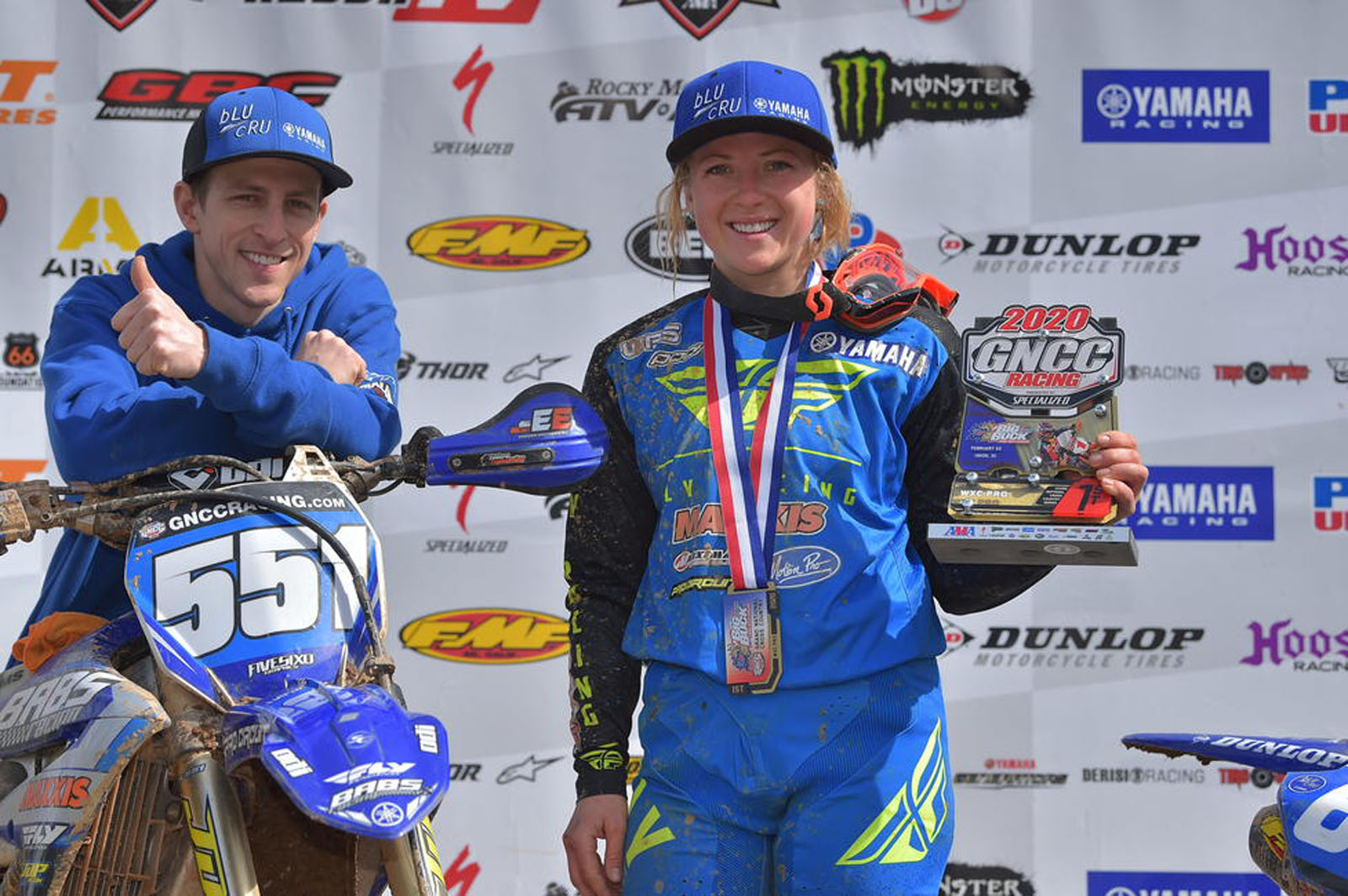 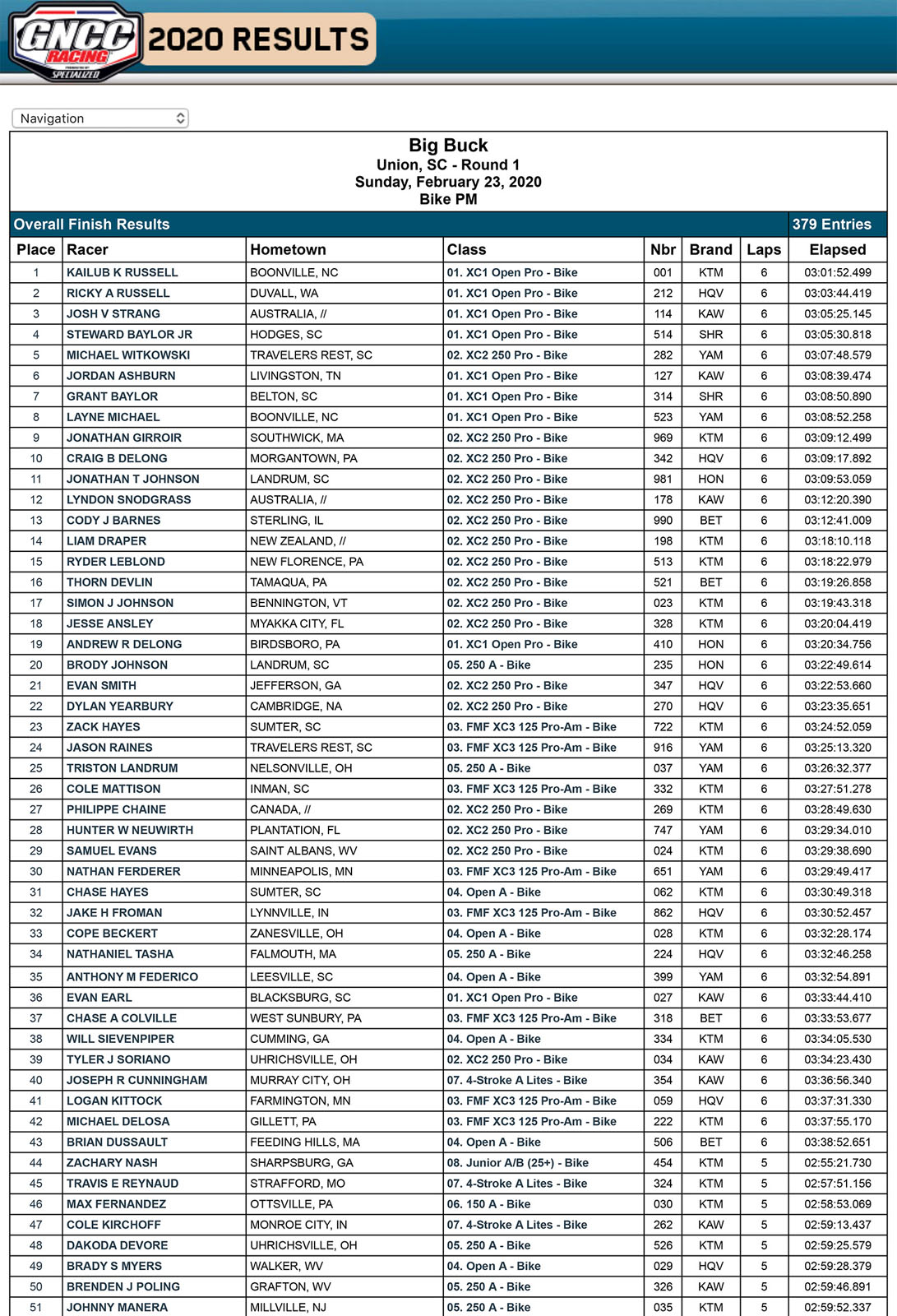