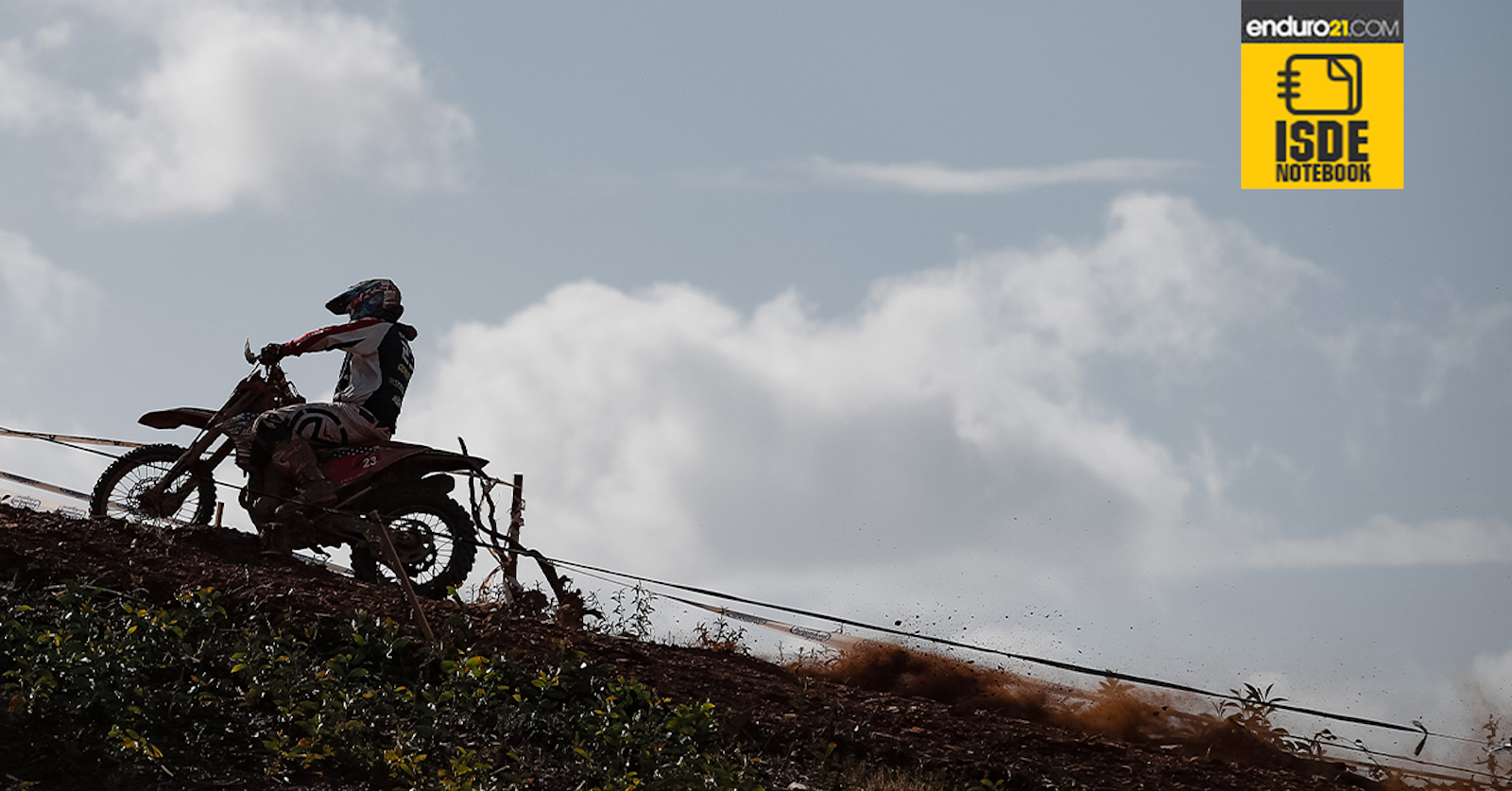 Just a small matter of a motocross race, the traditional final spectacle of the International Six Days Enduro, stands in the way of teams grabbing trophies tomorrow afternoon in Portimao, Portugal. Team USA have their hands ready and waiting for the World and Women’s silverware, while Australia have the Junior cup within their grasp.

Overnight rain played a fair bit of havoc with the test conditions on day five. Coupled with a new test one wrapping its way like ribbon around a hillside next to the paddock, the first results sheet of the day looked like someone had thrown the dice in the air – it was good to see.

That said two names remained at the top of the timing sheets once again. The difference was for the first time in five days the fastest rider at the end of the day was not Daniel Sanders. 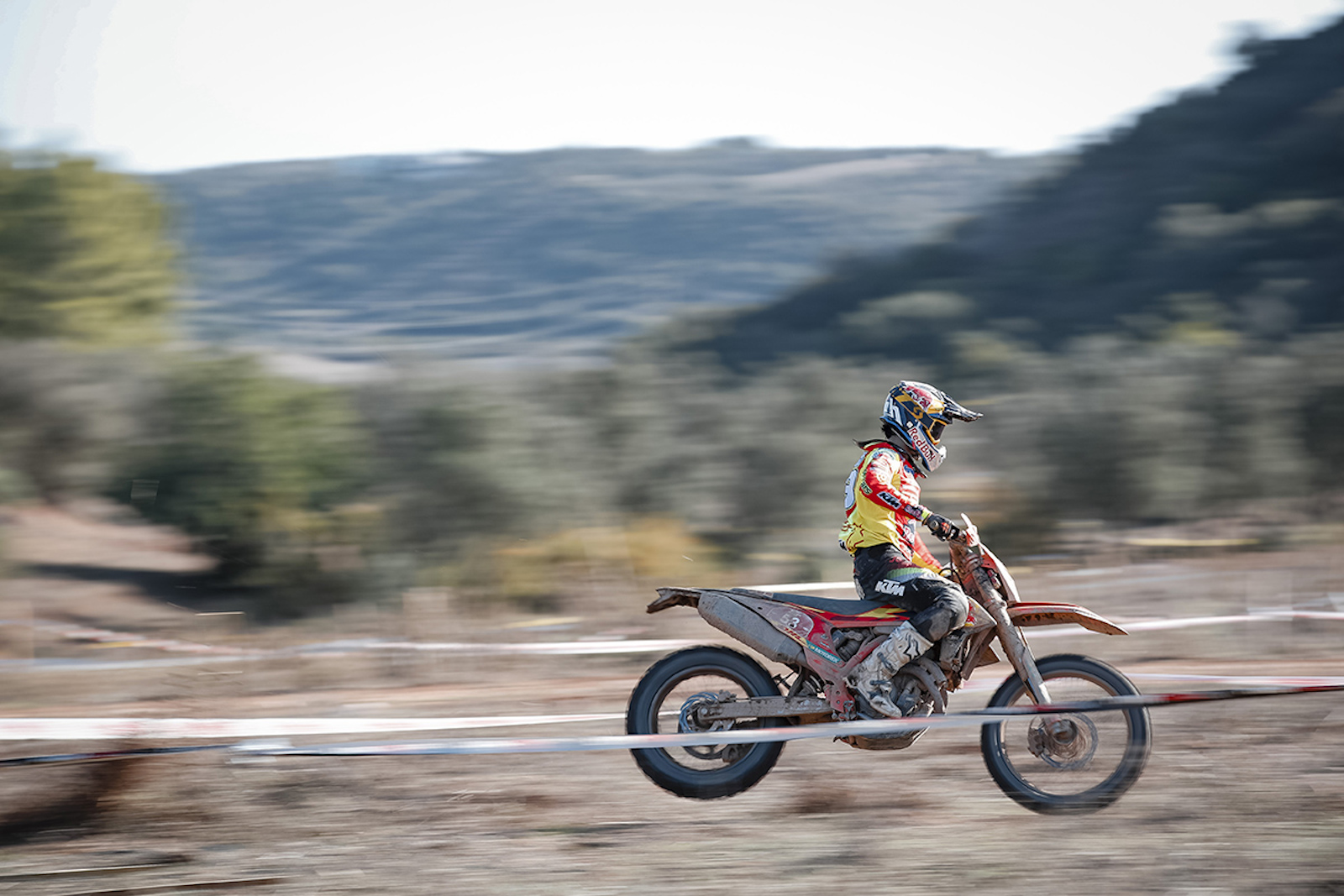 Experience helps in this enduro game of course and if you have the time on your card, then waiting for a couple of riders to knock the top off the surface helps: “I waited a little bit to go in to the tests and this helps, the top surface comes off a little, and in the end we had a good day.” Explained fastest rider of the day, Josep Garcia.

It has really been a two-horse race at ISDE this year for the scratch result and while Garcia has been a match for Sanders all the way, the Spaniard has been pipped by the flying Aussie until today: “On days one and two I pushed a lot but in the sand tests Sanders was one step ahead in them. Then one day I had the problem with the wire around my leg (day three) which I think without that I would have won overall. So to get it today is a good feeling and I look forward to the last MX test.” 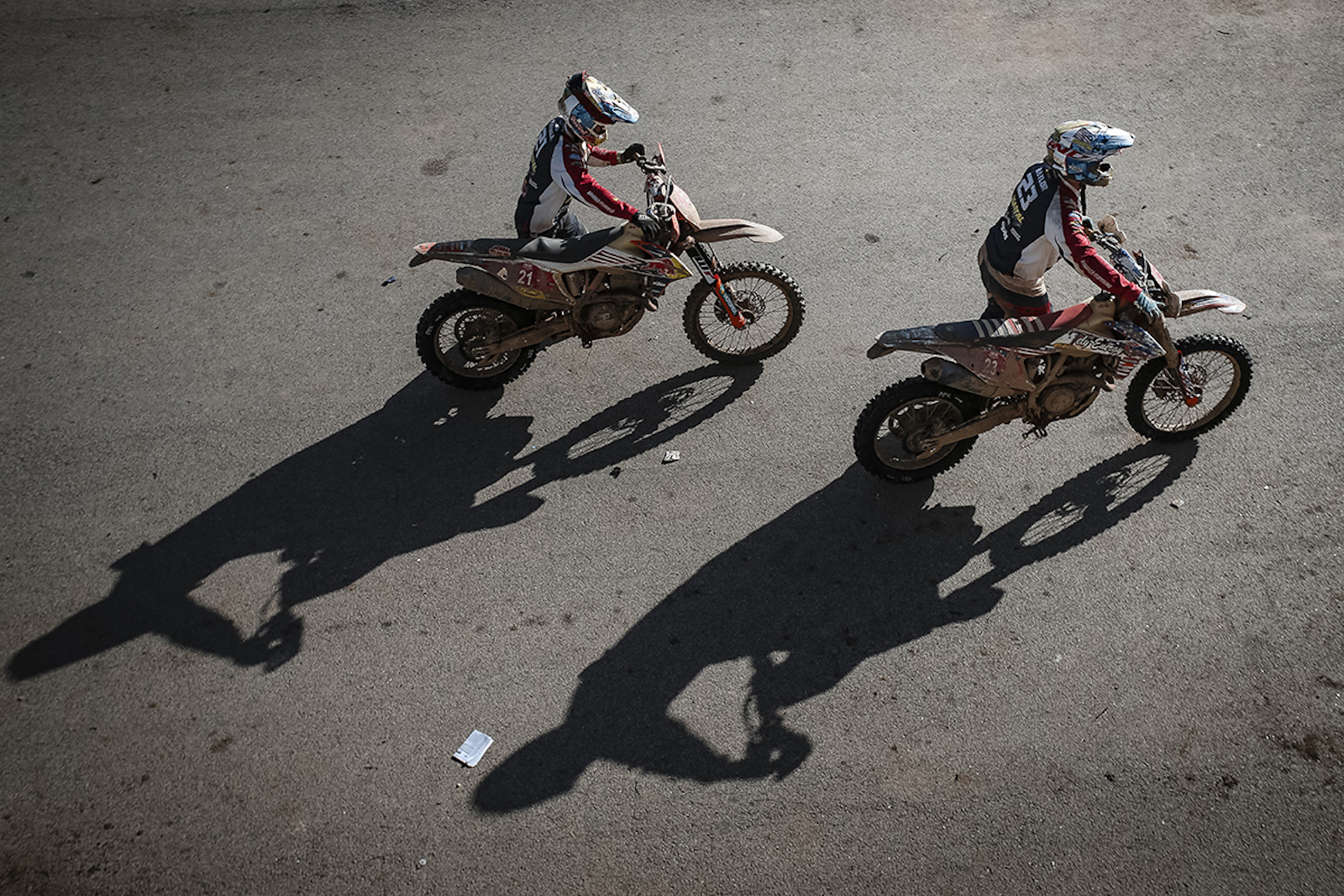 At this stage in the week we are seeing riders up and down the service areas making hasty repairs. Daniel Sanders notably swapped out a set of WP forks in front of a decent crowd in rapid time and Kailub Russell used his 15 minutes back at the paddock to do the same – blown fork seals were the issue: “one fork seal blew out and then on the next transfer my left one blew and there was oil spilling out all over my brake rotor.” Explains Russell. “I rode to the last test with my front brake on to get it heated up and make it as sticky as I could.”

Team USA’s Taylor Robert crashed twice in the slick like ice second test of the day: “actually I was hoping to go all week without crashing,” says Taylor, “I hadn’t crashed up until today and then I crashed three times! That hurt me a little bit in the times but overall I had a really good day and so did my teammates.”

Which, ultimately, is the name of the game here at ISDE. For all the focus some individual riders like Garcia might have on the scratch times, ISDE is all about the team contest, the Olympics of Enduro. “I’m really proud of my teammates and I think we’ve done a really good job this year,” adds Robert. “Today we really put a stamp on our lead and all we need to do is get through tomorrow and we should be good.” 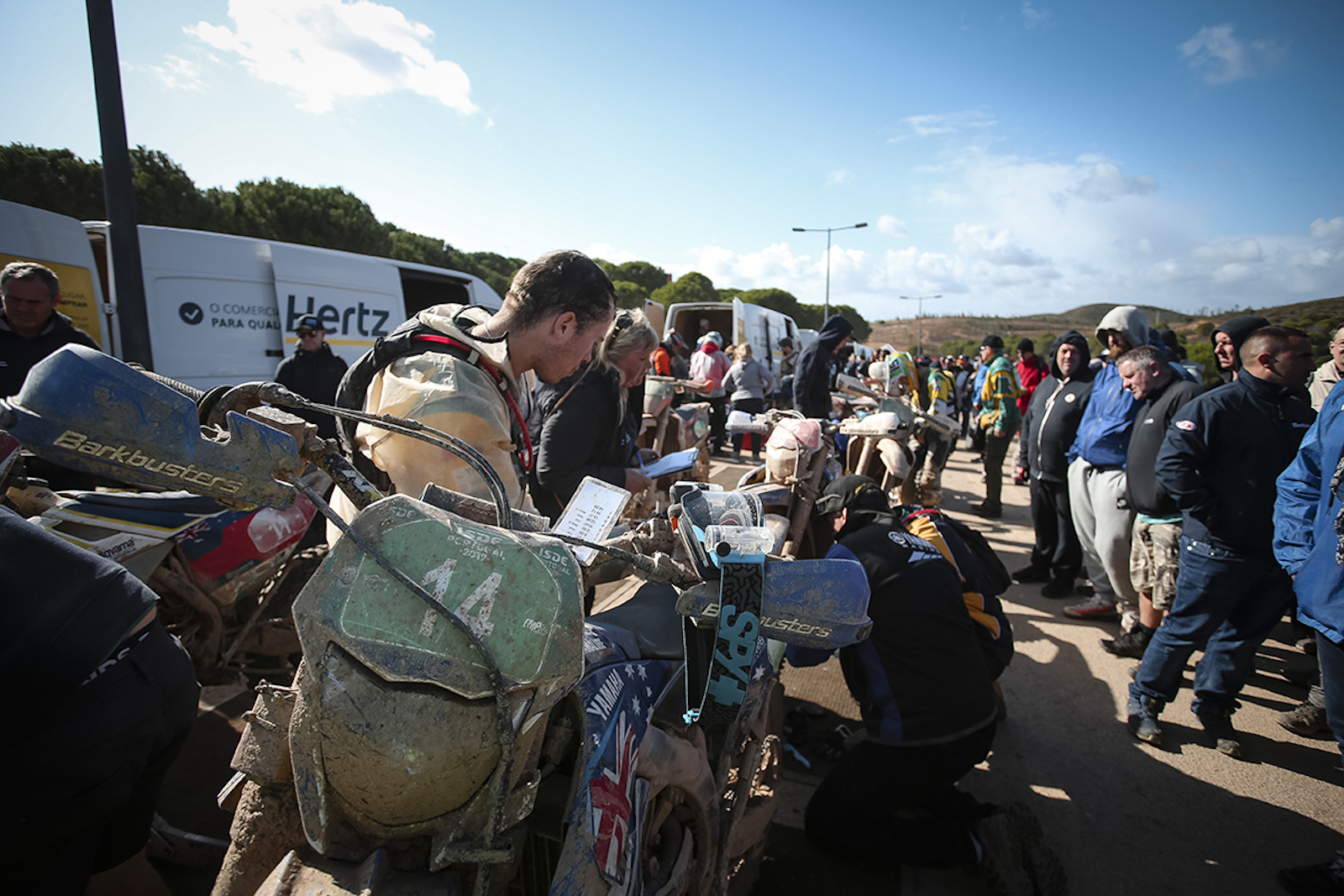 “Should be good” might just be the understatement of the week as Team USA head to tomorrow’s MX test with a two-minute lead over Australia and stand on the verge of taking the ISDE World Trophy for the second time since their win in ISDE Spain, 2016 – they must like the Iberian peninsula or something.

Snodgrass has the body for it 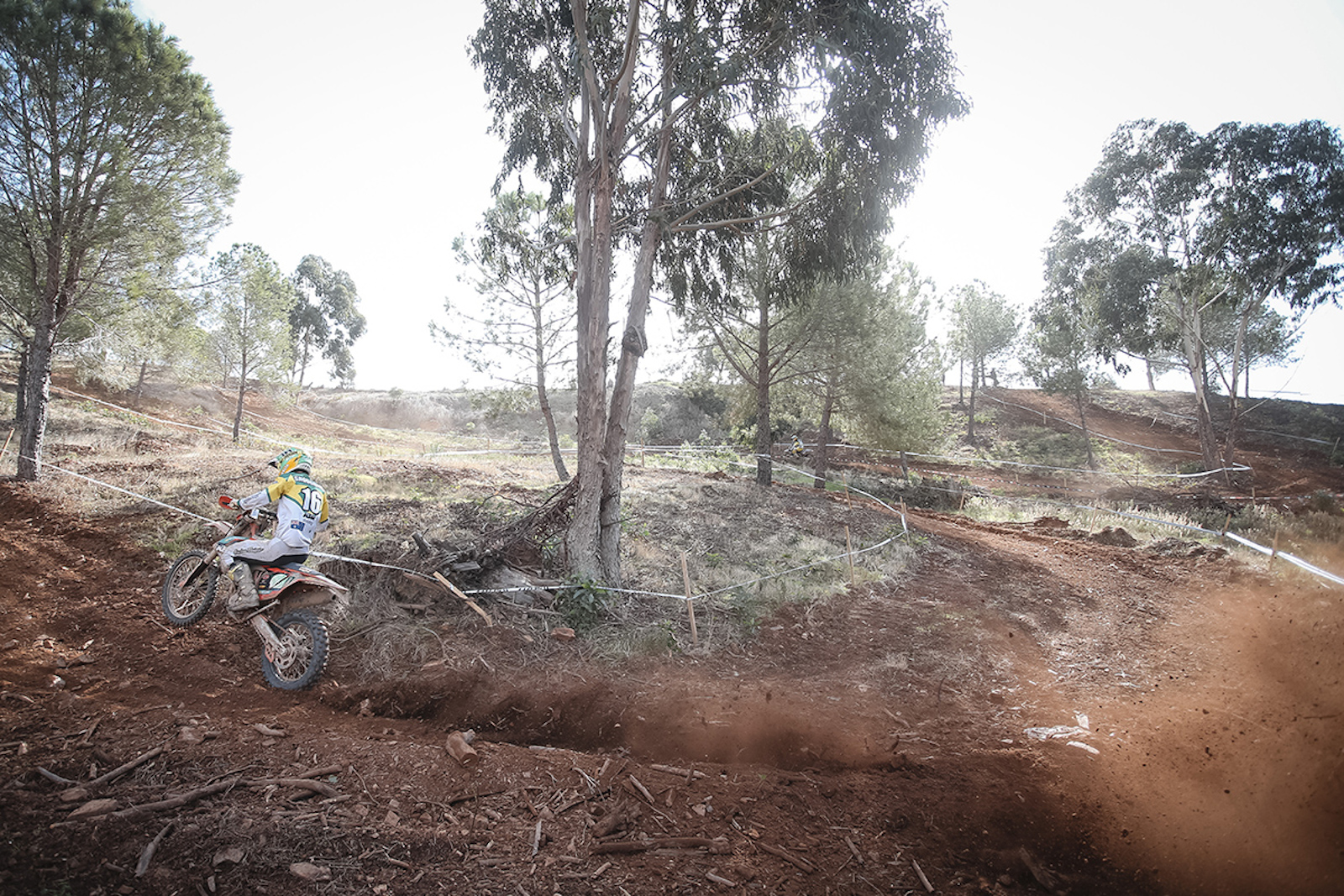 Speaking of teams having hands on Trophies, the Australian Junior World Trophy trio of Lyndon Snodgrass, Fraser Higlett and Michael Driscoll have all but nailed it: “Going into today we had an eight-minute lead so to extend that today is really good.” Snodgrass says, adding, “I wasn’t sure how it was going to be with two new tests today but I went really good and got top five in two of them which I was really pleased with and as a team we’ve ridden well.”

It is getting to that part of the week when some riders are walking out the parc ferme like buckled wheels after a hard week. Some are carrying injuries, others are just knackered but it is also fair to say, as the week progresses, the body gets used to it for the fittest riders.

“I actually feel better today than I did yesterday, the body's standing up to it good.” Explains Snodgrass. “Maybe I’m just that sore my body has given up asking questions and is saying, ‘is this how it is now?!’”

The lure of the Junior World Trophy would probably give anyone an extra spring in their step. 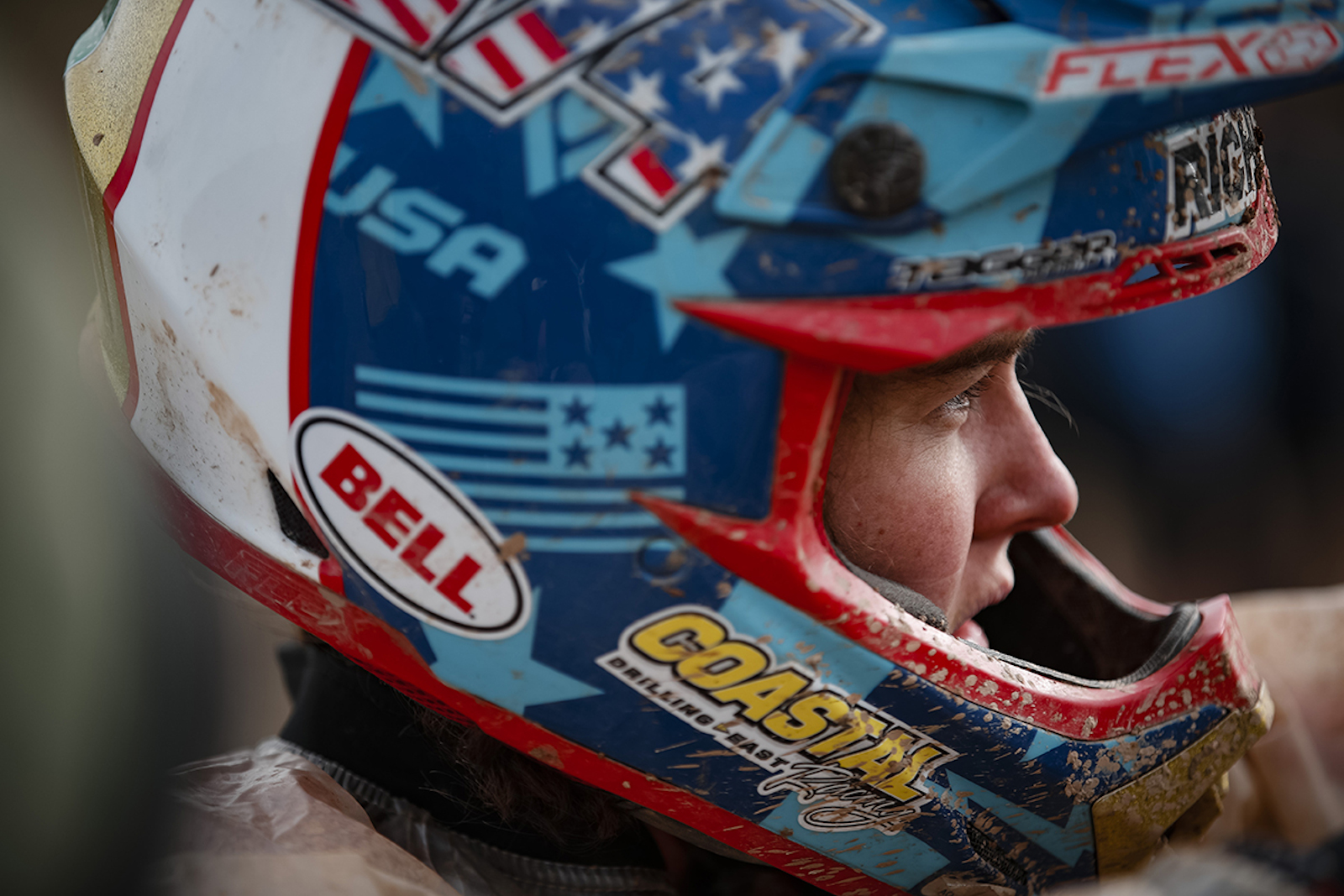 The USA Women meanwhile also have a hand on their ISDE Trophy, heading into the final day they have eight and a half minutes over Germany. Brandy Richards led by example once again and took the day win, enjoying the mixed conditions and taking the chance to put one back over Maria Franke in the scratch WWT times: “I struggled a little bit in the morning because of the conditions but it was not too bad. Maria is a little bit better in the muddy conditions but when it got drier I was happier and put in some good test times.”

Standing between Richards, Becca Sheets and Tarah Gieger is the final day’s MX test. For some riders the final day is a race they can’t wait to get over with and the course in Portugal is planned to run on the edge of a supermoto and cart track. At small part of the track will run, not for the first time at ISDE, on the asphalt: “I’m not super happy with the mixed circuit, I’d rather it was just a motocross track…” says Richards.

At the end of the week the final moto test is a spectacle, a shootout designed to test the bikes and bodies one final time but also designed to impress the fans more than anything. The smell of burning oil always hangs in the air as these poor bikes take their last beating. It is a blast for sure i more ways than one.

“Of course I look forward to it,” says Becca Sheets. “I’m a little tired but I feel good for the final moto, I enjoy it because you get to race with the girls you’ve been riding with all week and it is a lot of fun.” 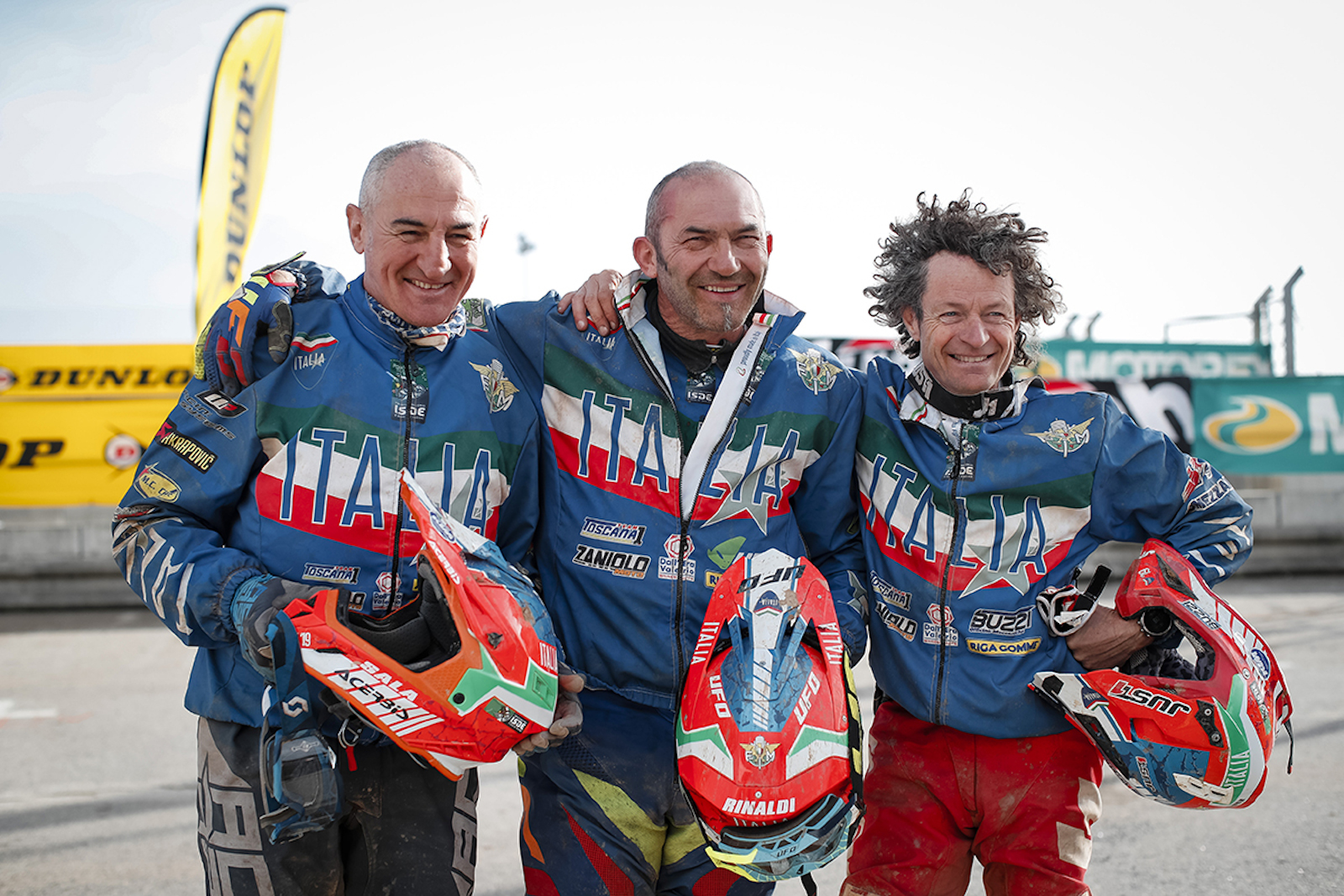 The Vintage class faltered into life yesterday after their day one speed test was cancelled. The range of bikes is amazing, really and shines light on a time when enduro was a very different sport with multiple manufacturers competing instead of the few manufacturers we see today.

In the paddock there is a lot of standing around, talking, laughing and kicking of tyres – it is part of the deal in this class and a pleasure to witness alongside the serious business of the World Trophy classes.

Team Italy lead the contest with a trio of white KTMs from the late ‘70s and early ‘80s. It is a star line-up of Mario Rinaldi, Giovanni Sala and Stefano Passeri.

Gio Sala is surely one of World Enduro’s biggest characters and says the reward for being here is to ride with his friends: “I really enjoy to be back riding ISDE because I have the good stuff! We enjoy many races in the past and we are here again on the older bikes. The ambience is very good, everybody is very friendly.”

One of the challenges for Sala, apart from trying to beat his teammate Rinaldi who is bossing the scratch Vintage class, is riding the older bikes on the same beaten-up course as the main ISDE classes: “For sure it is hard to ride some of these conditions on the older bikes because the ground is beaten up by the Trophy classes and Club riders and although the brakes on my bike are more or less good the suspension is bad!” 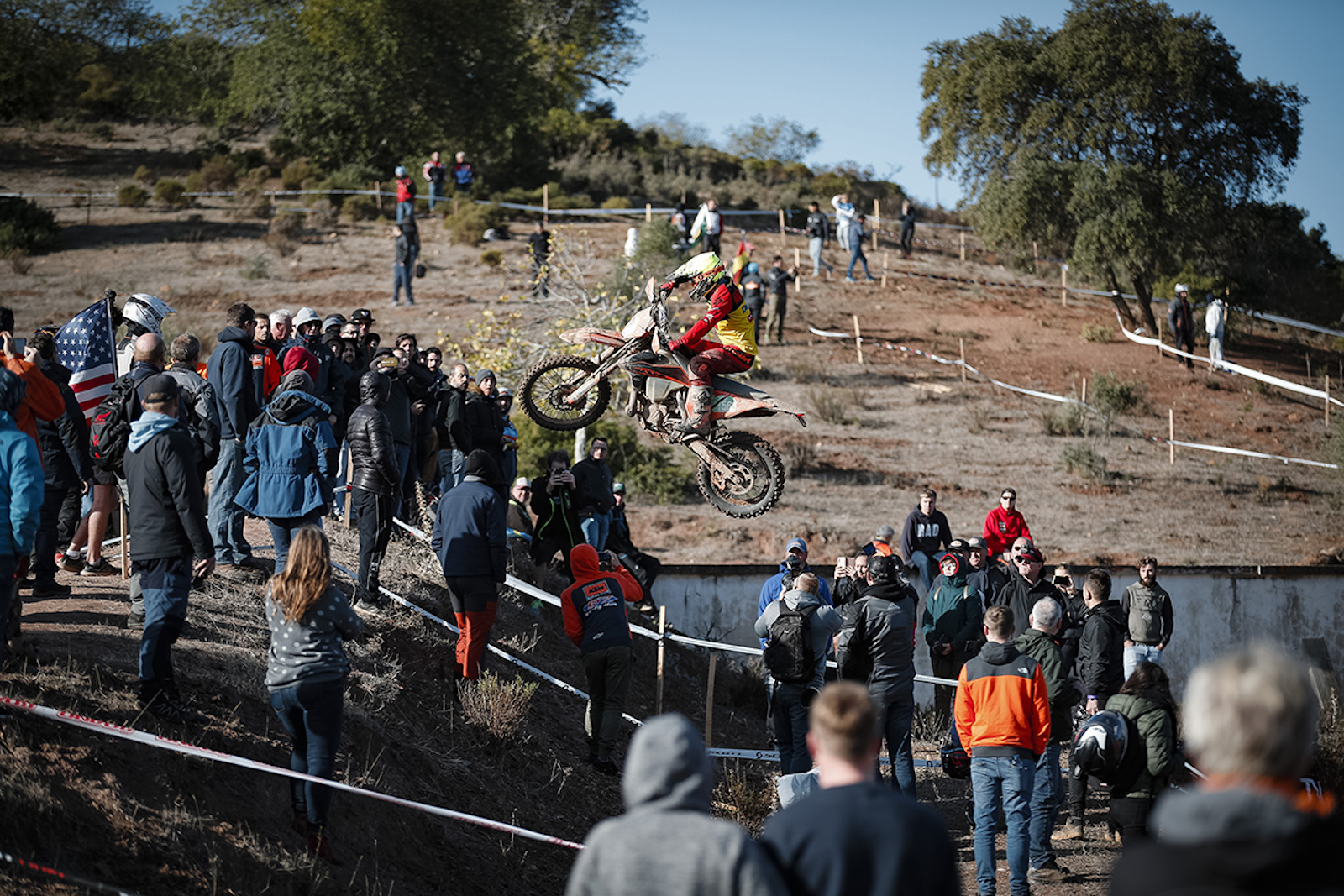 The running order each day at ISDE is based on the scratch results from the previous day. With riders in groups of three per minute through time checks in Trophy classes, the top 20 here in Portugal is a blur of Australian, USA and Italian riders with a few exceptions being Danny McCanney and Belgian, Antoine Magain.

Magain’s second half of the 2019 EnduroGP season grew and peaked with podiums particularly at the Czech GP where he stood second overall on the two days.

With a top 10 results overall today on day five, Antoine clearly carried that form into the ISDE and, like McCanney, is a rare rider sticking his two-stroke to the four stroke masses: “I finished the last two GPs of the World Championship on the two-stroke and felt really good. I took two scratch second place overall on this bike. Maybe the two-stroke is a disadvantage in some tests at the ISDE this year but I feel really good on it and I am very, very happy with this result at this level of competition.”

Notebook today ends on a very sad note. It is with great regret that the ISDE yesterday saw Vintage Trophy rider, Pierluigi Mattioli, pass away on the course. Enduro21 joins the enduro community in sending condolences to the family and friends of Pierluigi.