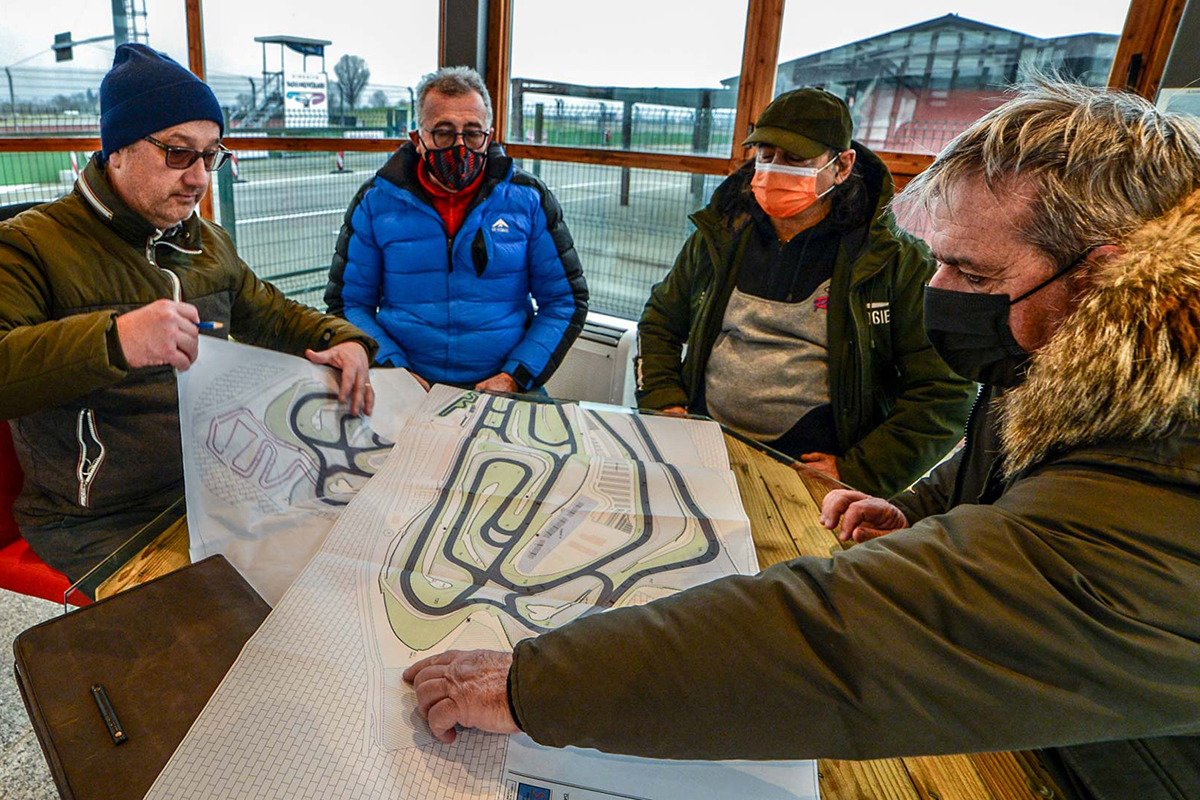 With the 95th edition of the FIM International Six Days of Enduro (ISDE) in Italy on course for its late summer date, the organisers have announced the Nuvolari Circuit in Cervesina will host the final day’s motocross test.

The date and location has long been set for the 2021 ISDE – August 30 to September 4 with a HQ in Rivanazzano between Lombardy and Piedmont regions – but the finer details are beginning to emerge.

Giorgio Bandoli, Valter Carbone and Edoardo Zucca are the three people at the helm of the organising committee who are fine-tuning the programme including the final motocross test for day six which will now take place at the Cervesina circuit, not Ottobiano International Circuit as previously planned.

“We have in fact decided to create a provisional circuit inside the circuit,” explains Carbone about the move from Ottobiano to Cervesina, “it is a choice dictated primarily by the shorter distance from the Rivanazzano headquarters, which therefore requires shorter transfers.

“To give life to the new track, which will also include stretches on asphalt as it did in the golden years of the competition, we chose Armando Dazzi, an Italian who is considered one of the World's leading experts in the construction of supercross and indoor tracks. The track will have a length of about one thousand six hundred metres and will begin to take shape from the middle of June.”

As for the paddock and logistics, it is Giorgio Bandoli explains four teams will plot the nine special tests and have started organising the paddock along 1300 metres of asphalt at Rivanazzano airport. “We know that we can count on about forty nations being present,” says Bandoli, “perfectly in line with the forecasts of twelve months ago. It will remain to be clarified whether the public will be present, although in any case we will be ready to welcome everyone under the conditions that will be in force at the end of August.”

The goal is to provide total safety for all involved and in compliance with all international protocols, in order to deliver the 95th edition of the FIM International Six Days of Enduro – which will be the 11th time since 1913 that this historic event has been organised in Italy.

The institutional aspects and those related to marketing are the responsibility of Edoardo Zucca: “We are awaiting instructions regarding safety, but we are moving to define the sponsors of the event and to resume negotiations with local authorities and the mountain communities. We were already well underway with defining the route a year ago, and this confirmation allows us to work with relative peace of mind.

“We will also be attentive to respect the territory and we will activate an operation to restore the paths, without limiting ourselves to those of transfers and special stages. In fact, the plan incorporates the reopening of forgotten tracks, for the benefit of mountain communities and hikers.”