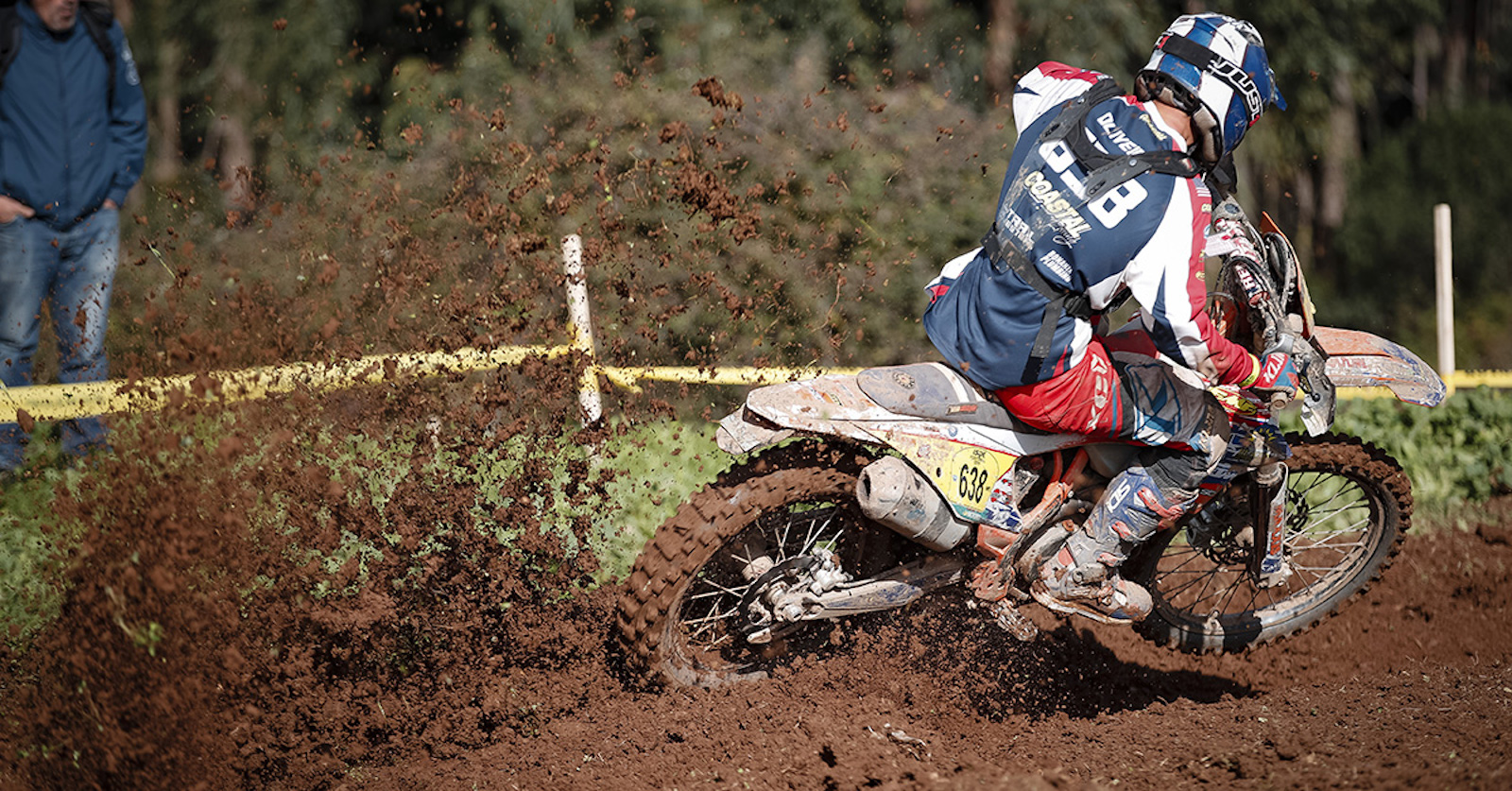 We’ve taken a closer look at the new Dunlop Geomax EN91, the tyres that clinched the 2019 ISDE World Trophy for Team USA.

Winning the International Six Days Enduro World Trophy is a mighty task – the sum of all its parts for every man, woman and bike involved. At ISDE 2019 in Portugal the conditions couldn’t have been more varied. From deep powder and sand to hard-pack and rocks to red clay and muddy ruts, it had it all across a week of awesome tests.

Fundamental to getting through all that variety of riding conditions were the tyres and for Team USA that meant the new Dunlop Geomax EN91 and newly developed mousses which were chosen, Dunlop are proud to point out, after extensive back-to-back testing against other tyres on the market. 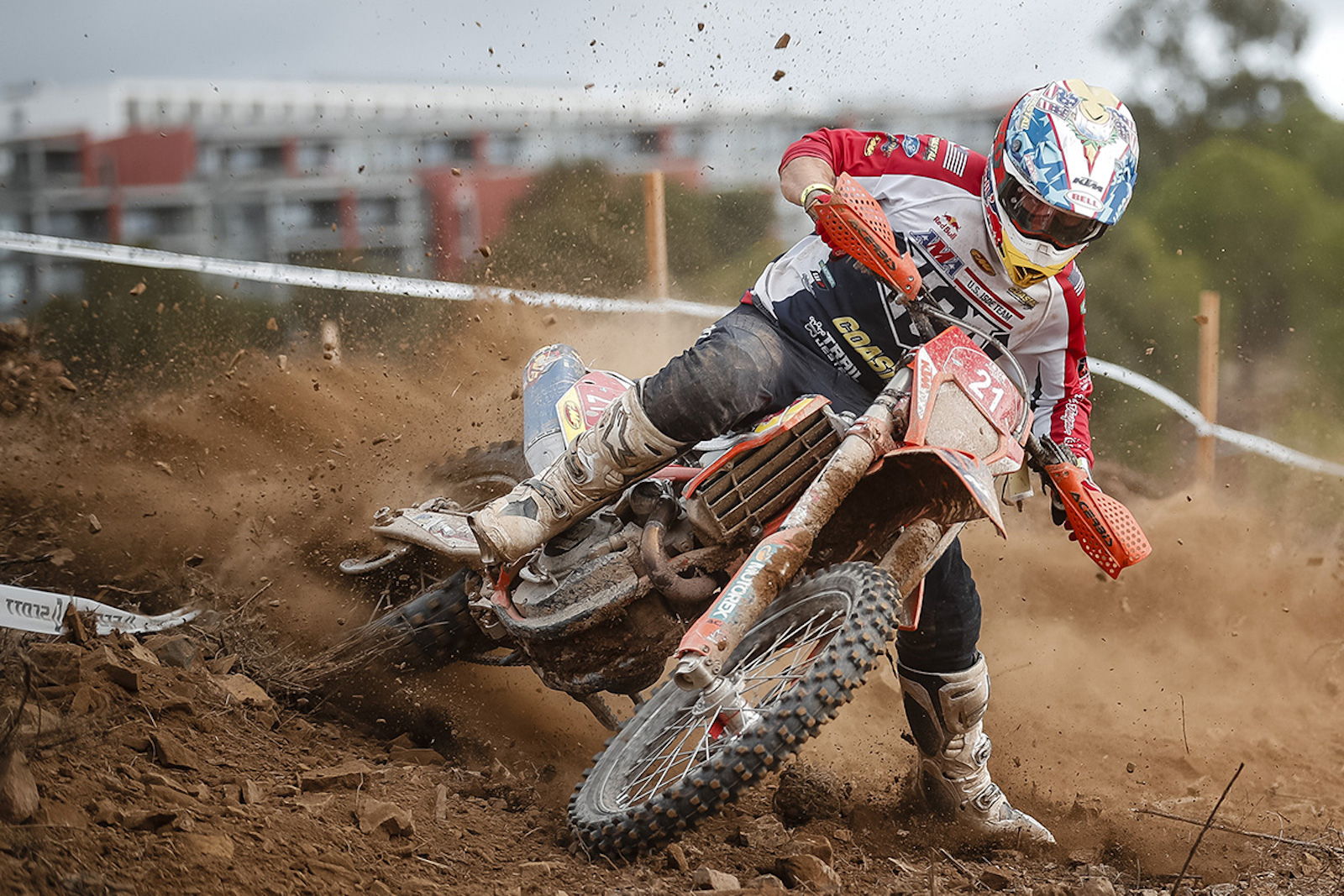 Designed from the ground up, the Geomax EN91 is designed specifically to be more versatile across a wider range of riding conditions and a riding abilities from amateur to professional racers like the USA ISDE team.

These are the tyres the ISDE World Trophy winning Team US used all week in Portugal to seal victory. Taylor Robert, Kailub Russell, Ryan Sipes and Steward Baylor (in fact the collective Team USA Juniors and Women’s teams) used the EN91 together with Dunlop mousses. 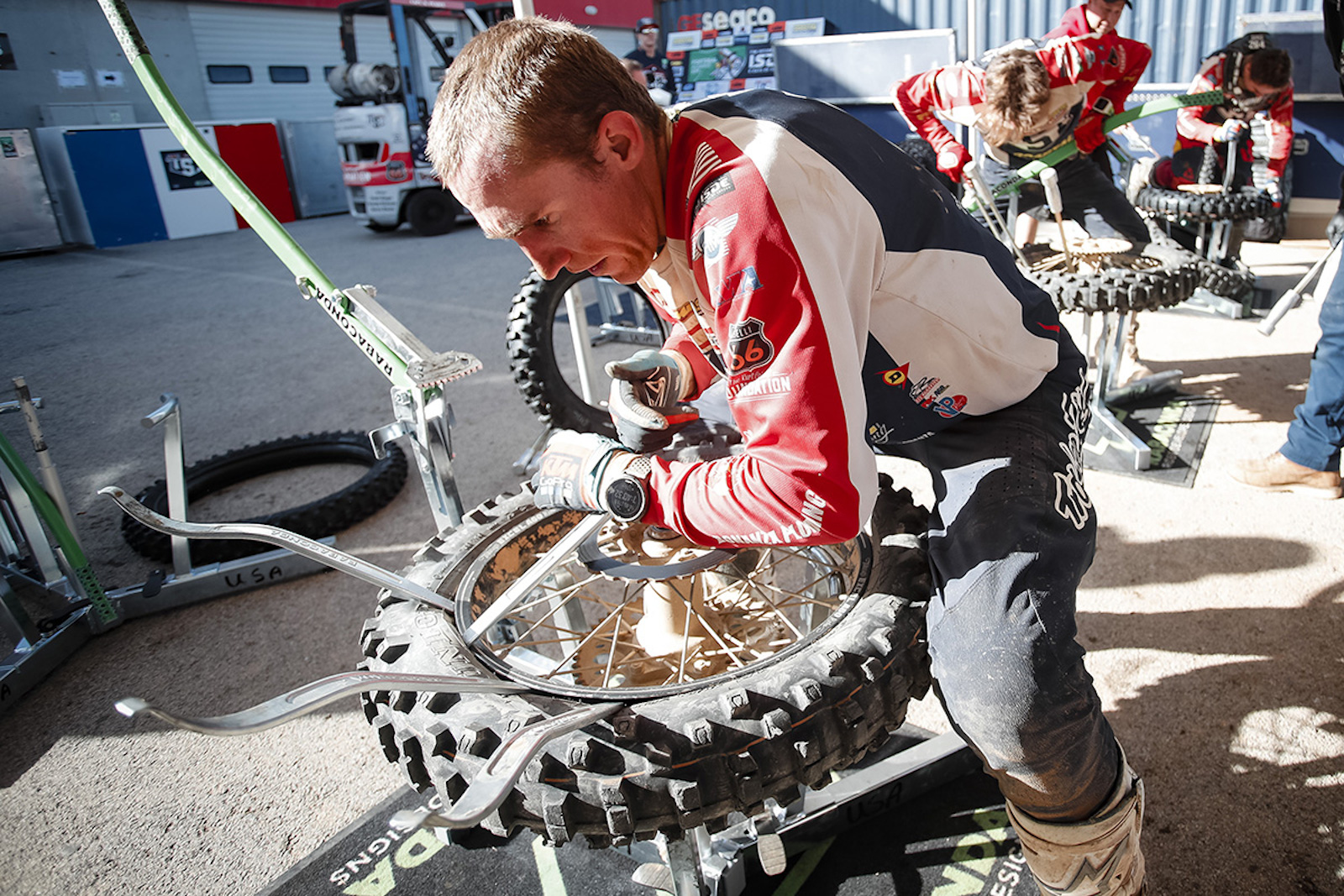 The new Dunlop enduro tyres are road-legal so suitable for FIM competition and trail riding and as such that means Dunlop’s only road legal enduro design in their range and available since the October 1, 2019.

Our North American readers will know and be familiar with the AT81, the tyre (or tire to you guys) is popular in different parts of the world but particular favourite in the US.

Filling a bit of a gap in the Dunlop off road range, the EN91 is what Kailub Russell referred to when he told us in Portugal he was “taking a bit of time getting used to the tyres.”

What’s the difference between the EN91 and the AT81? 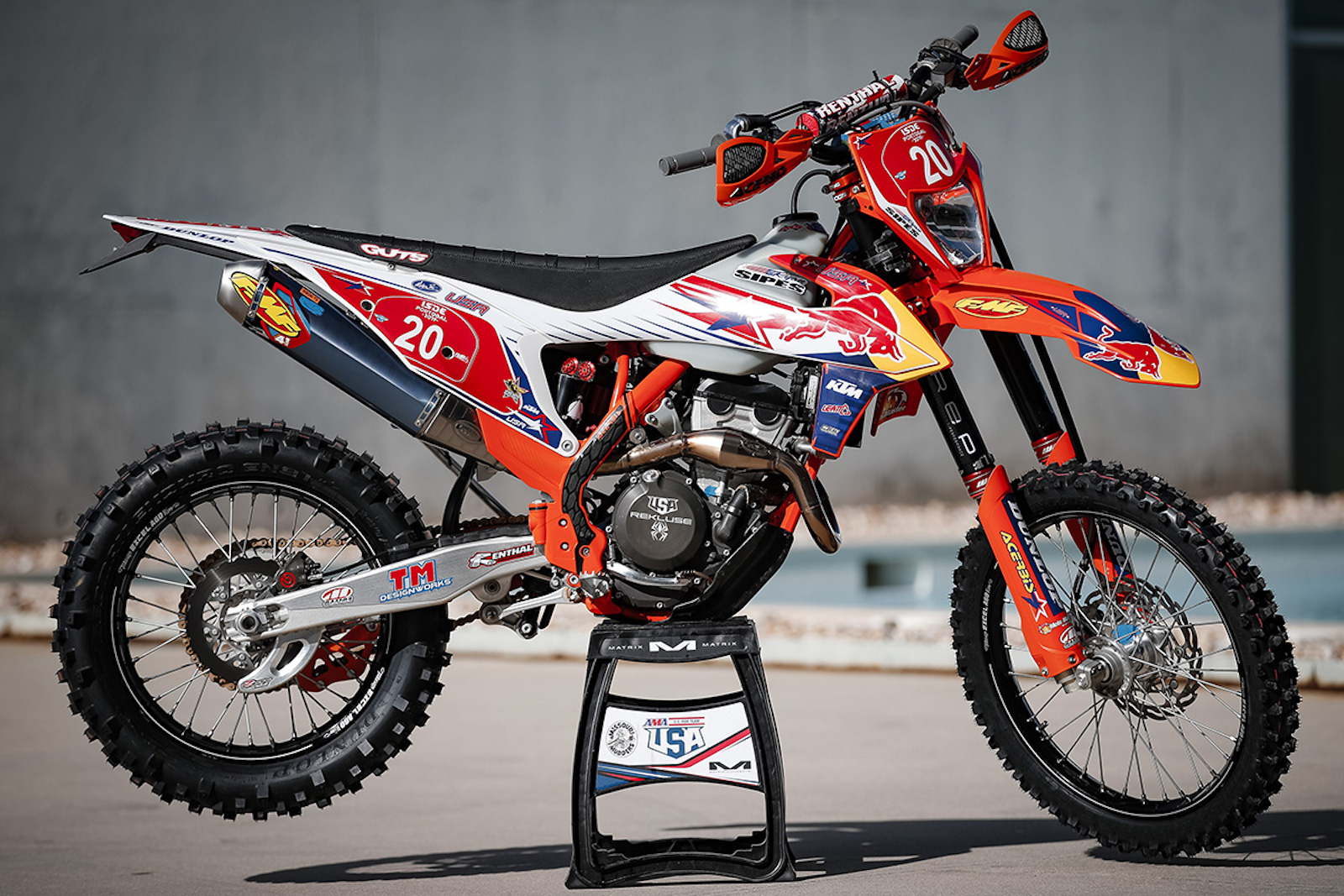 As an off-road competition tyre mainly focused on US X-Country racing (GNCC), AT81 doesn’t have to comply with the FIM Enduro regulations. The rear knob height for the Geomax AT81 is 16.7mm, whereas the Geomax EN91 complies with the 13mm FIM limit.

Although an all-rounder in terms of its ability to work in different grip conditions, the AT81 tyre construction is closer to MX and Rally-type tyres than to European-style FIM enduro patterns. That means more consideration is handed to heavy-duty use and durability, due to the different type of application Stateside.

The EN91 has therefore shorter tread depth but is has more “give” in the construction and is designed grip better, improve handling and perhaps cope better with the more varied riding conditions we get in Europe. 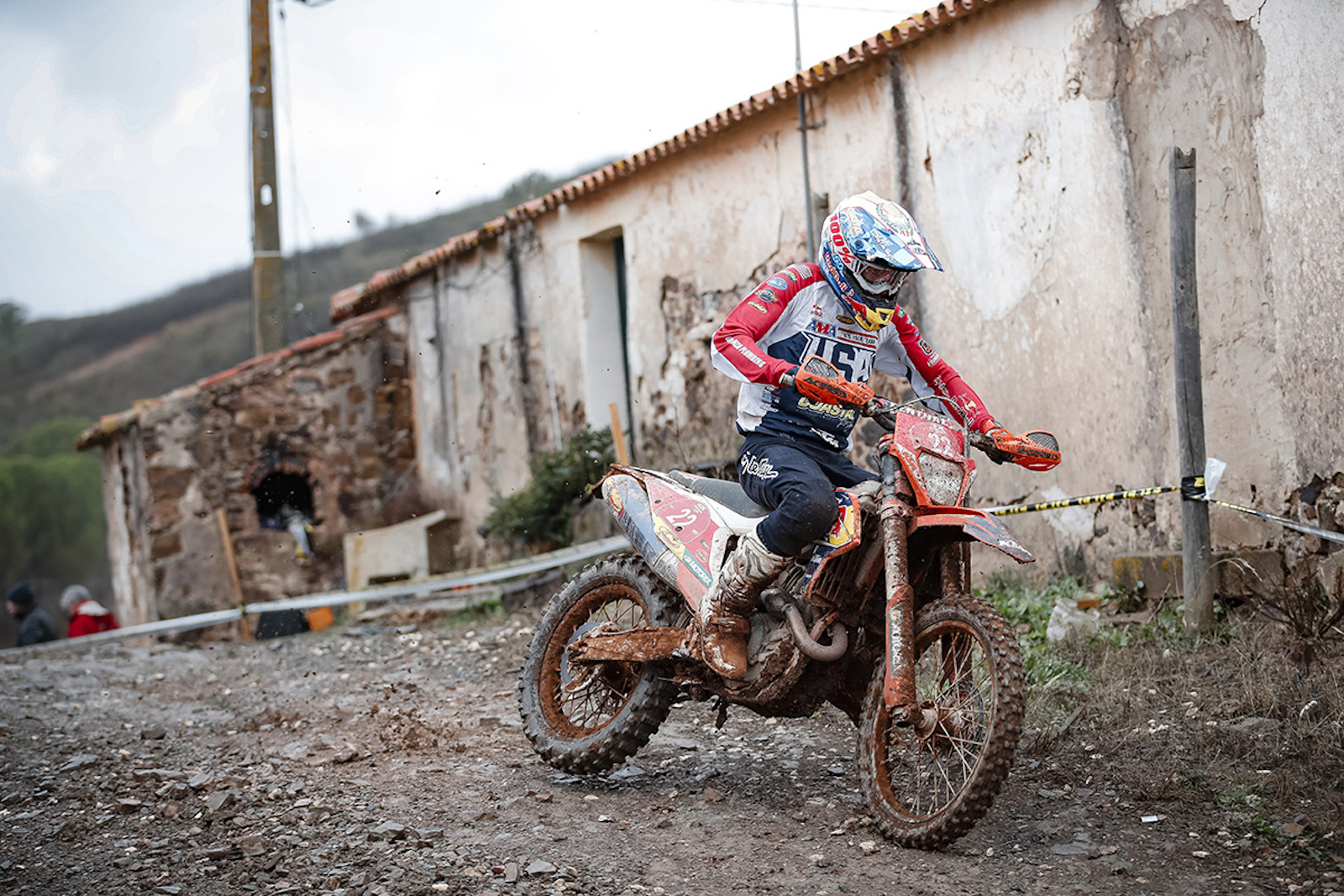 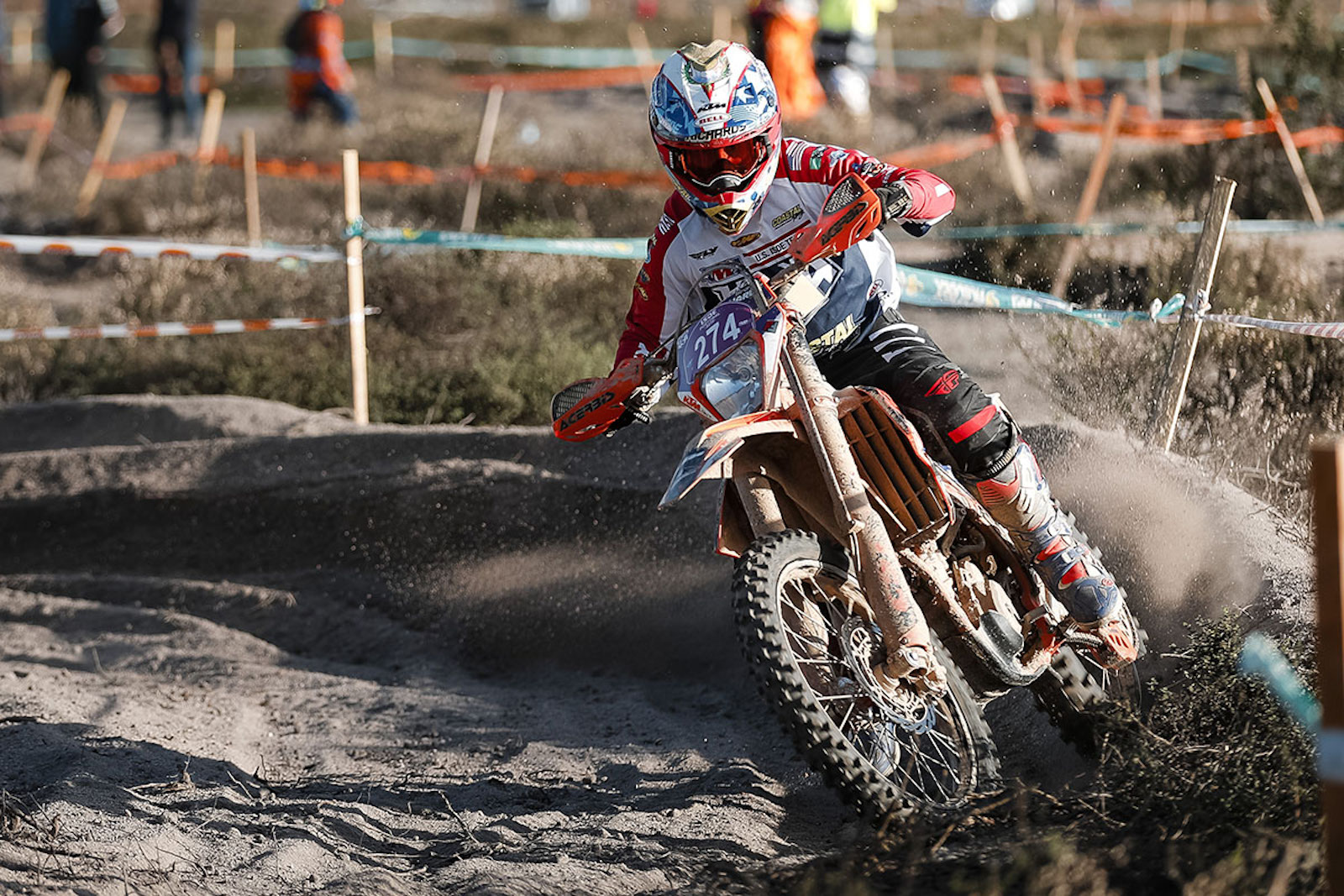 From its inception the Geomax EN91 was designed to help maximise grip across a range of terrain but in particularly rocky and unpredictable surfaces – in short to perform well when the tyre is deforming and working hard.

Dunlop’s ‘Casing Tension Control System,’ incorporated into the construction design, “improve compliance on bumps and improves the feedback to the rider” Dunlop explains.

“Tilt Crown Block” technology was developed for the new EN91 rear tyre to help provide higher grip on hard terrain, such as rocks. Dunlop says the tilted blocks “improve terrain bite, aid directional stability and increase traction by forcing rocks and dirt to gather around the centre of the crown blocks.”

Durability is important of course and Dunlop say the new compound has increased shearing resistance but does not compromise performance. By using a high-performance compound, Dunlop has also been able to “significantly improve the rebound properties of the tyre.”

We’re getting a set of the Dunlop EN91 on test including the new mousses so will report back on this. 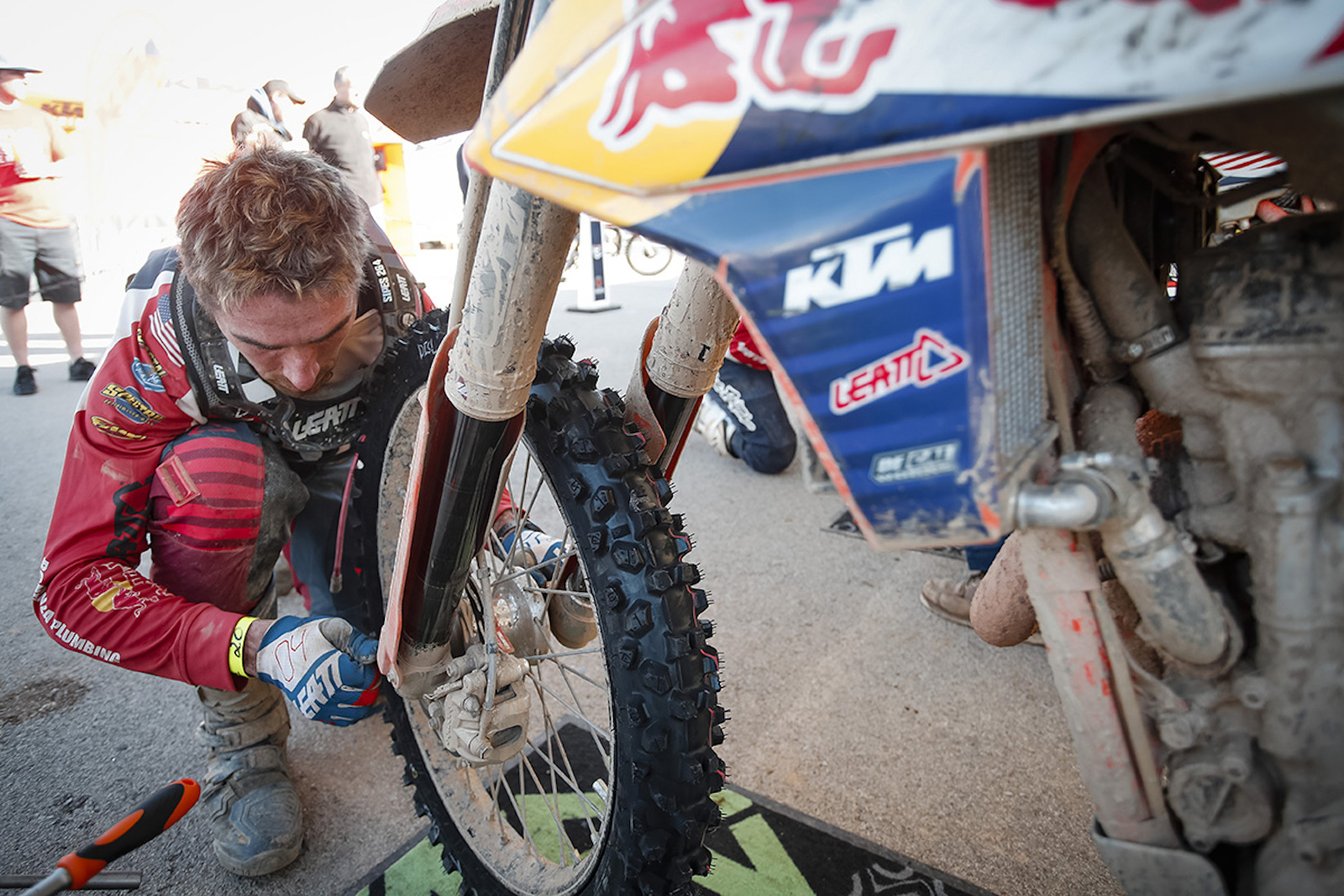