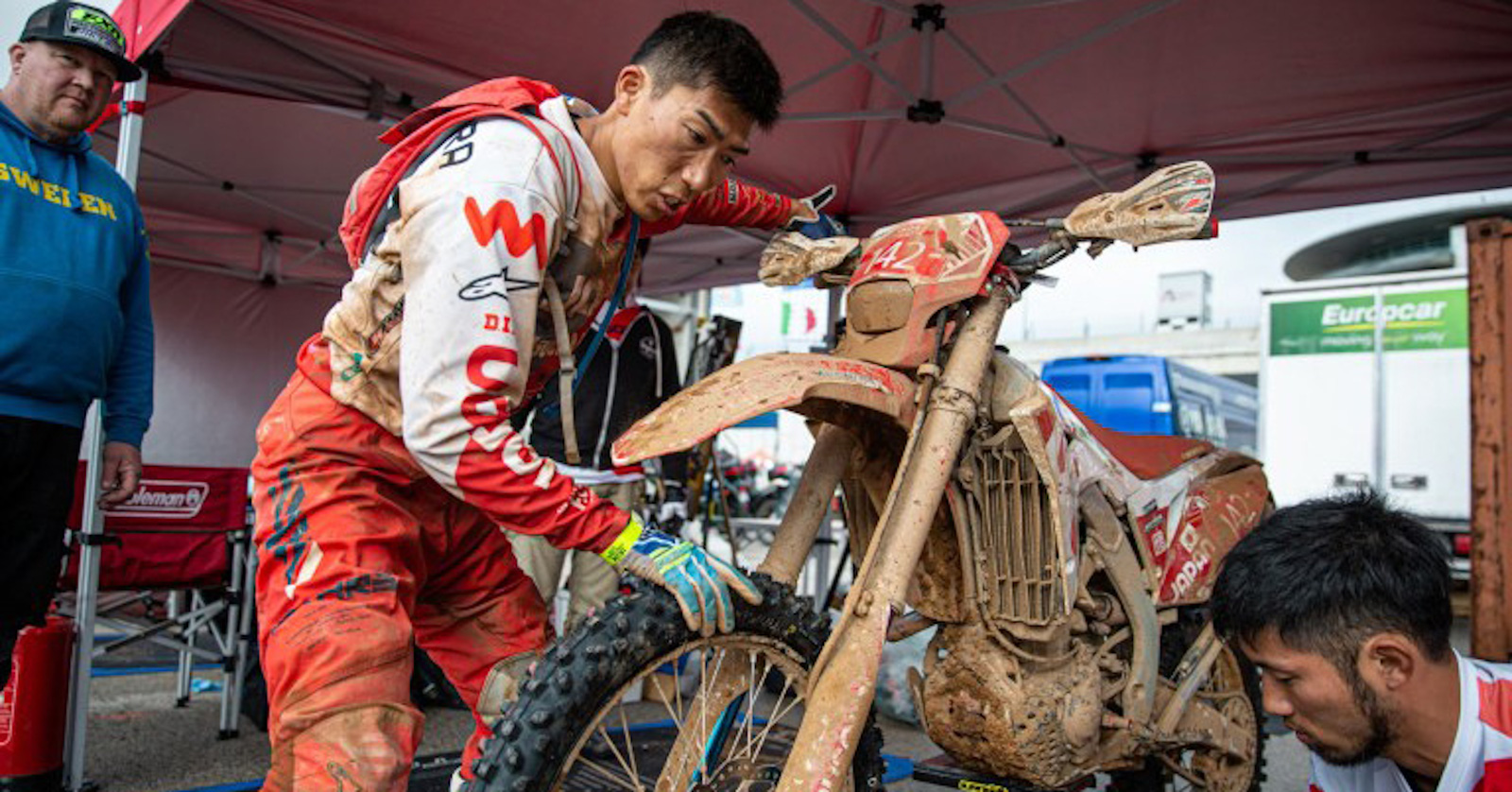 Crossing the line on the sixth and final day at the ISDE last week, 35-year-old Japanese rider Tadashi Kugimura made history for himself and his country. For the first time since a Japanese rider first participated in the ISDE, way back in 1971 on the Isle of Man, Kugimura took a coveted Gold medal back home to the land of the rising sun.

Kugimura participated in the ISDE for the first time this year in the Japanese World Trophy team with Manabu Watanabe, Takahiro Maehashi and Daiki Baba. 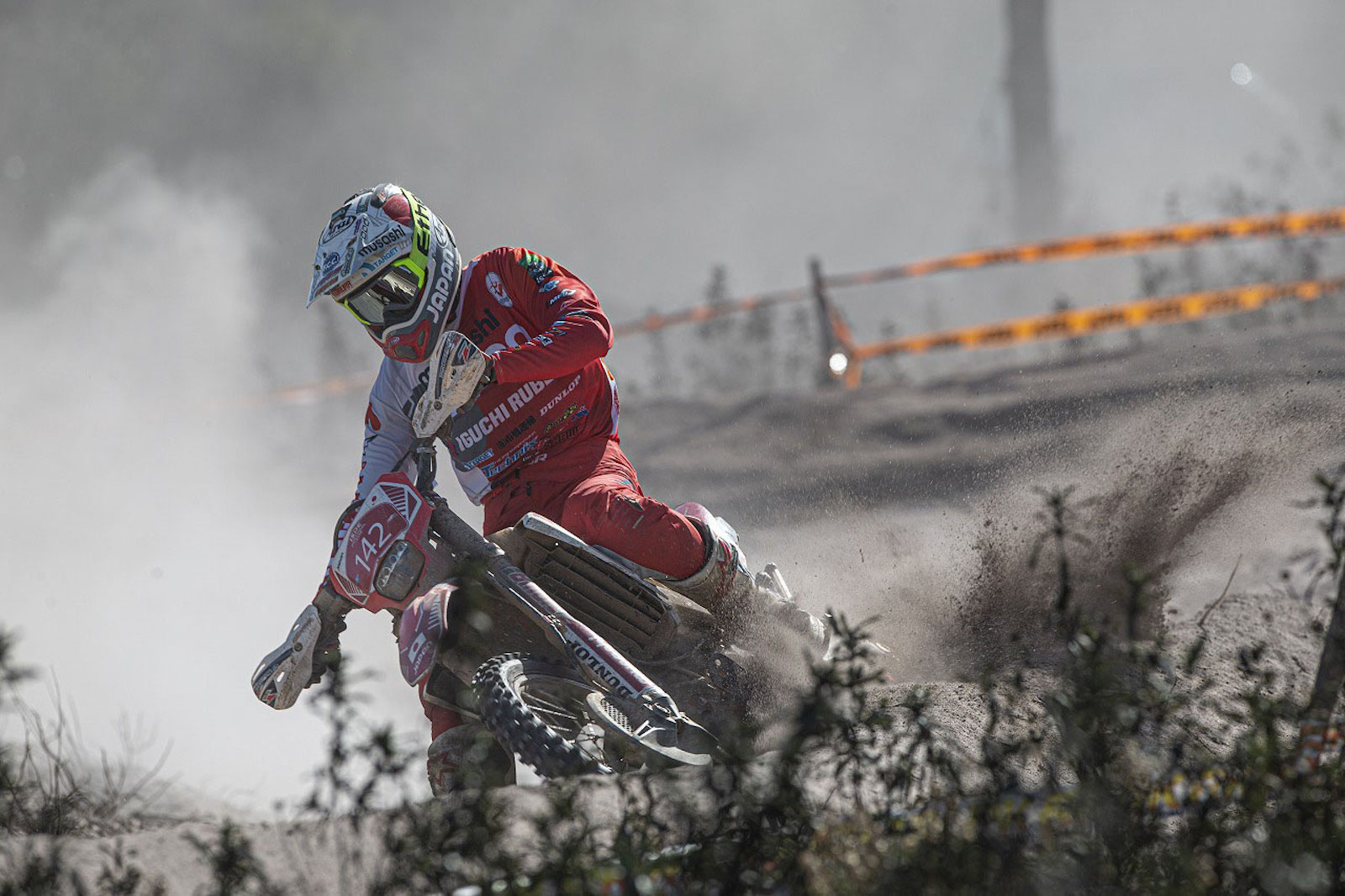 Taking Japan’s first Gold medal was a dream debut for Kugimura: “It was my dream to finish with the Gold medal in this class, but I didn't expect it to happen. The world's enduro riders are at a very high level.”

Kugimura previously raced for a. factory team in the Japanese motocross championship, but, often injured, his results didn’t reflect his talent.

Tadashi switched to Enduro in 2010 while working for Husqvarna Japan at that time. Later, in 2015 and 2017, he became series champion in the Japan Enduro Championship as well as a Hidaka Two Days Enduro winner. 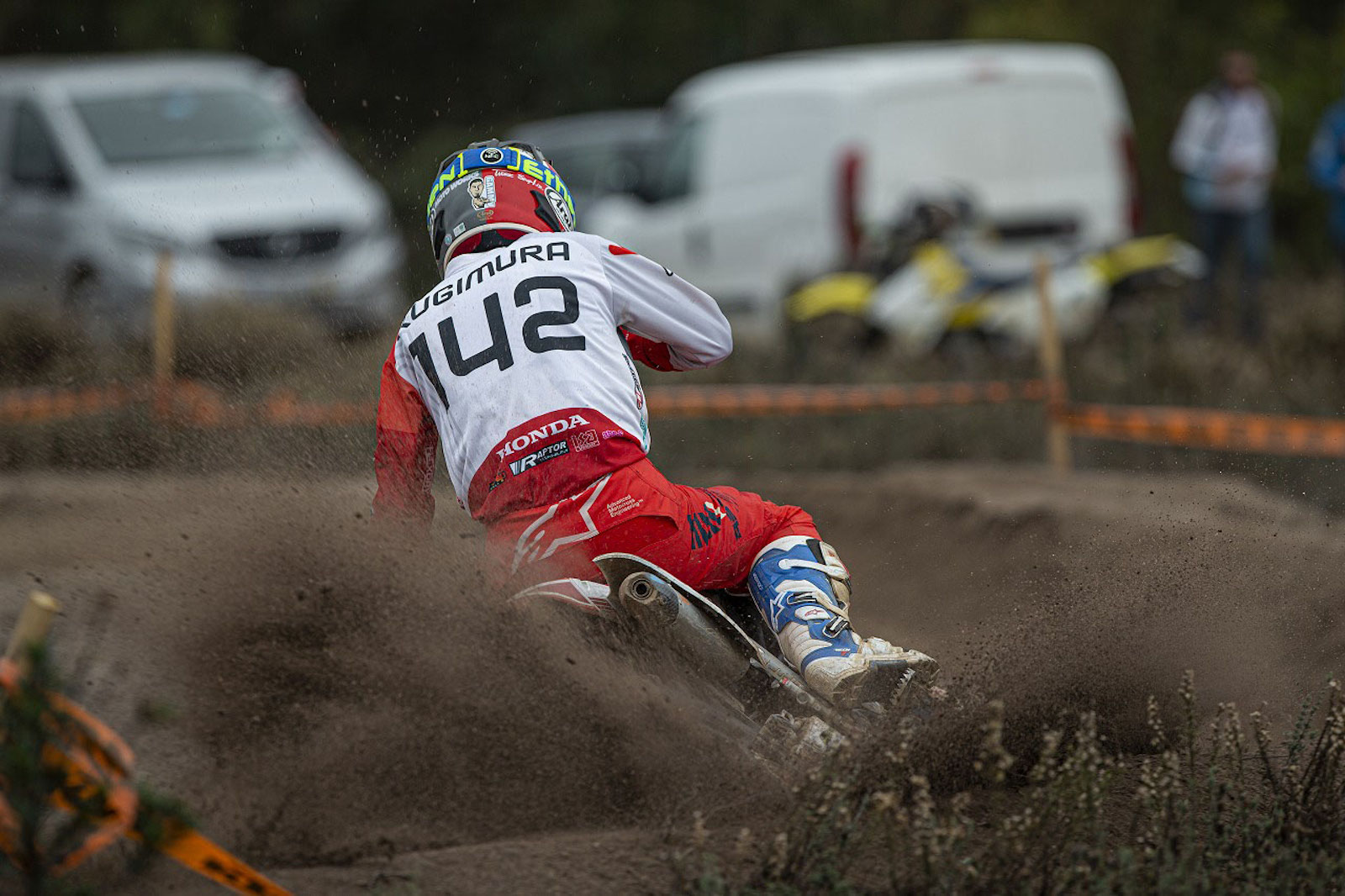 “At first, I didn't expect a Gold medal,” Kugimura continues, “but the surface of the special test on the first and second days was sand, so I was able to run in a better time than I expected. The Honda 450 is fast on the sand!”

Tadashi’s week progressed well and saw him maintaining his position up the running order. But the week took a bad turn on day five when a bad crash really should have put him out the event: “I fell on the fifth day and broke my clavicle and ribs. After that, riding became very painful. The motocross on the sixth day was very painful, but I was very happy to finish it.”

It didn’t slow him too much off the start mind you, he bagged the holeshot in that final test – check out the video below.

The Japanese World Trophy Team was ranked 13th out of 17 countries. Tadashi Kugimura concluded: “We had a lot of support to send this team. It wasn’t because of my strength that I was able to finish the Gold Medal class, it was thanks to everyone who supported me.” 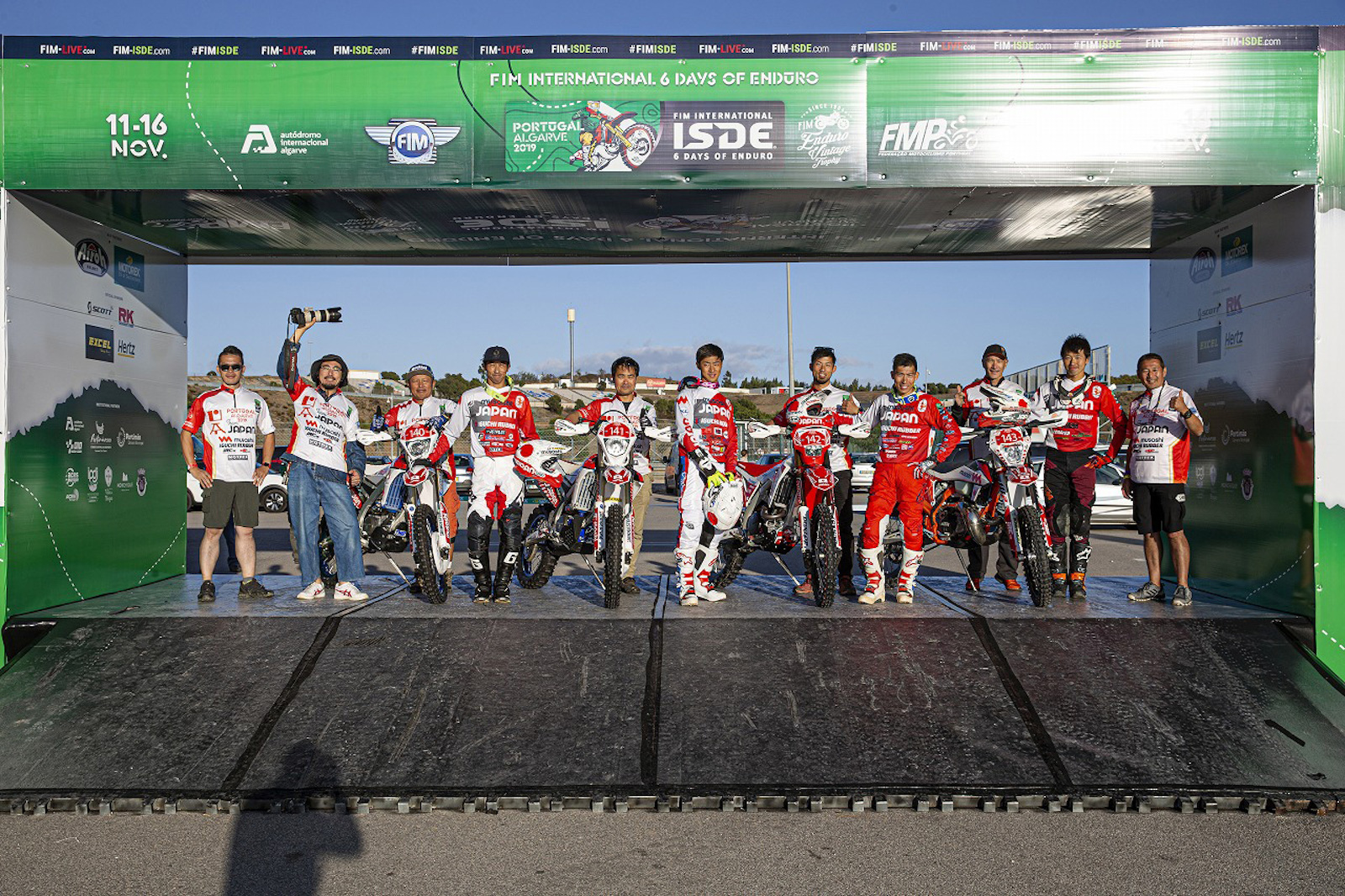 Japan's first ISDE rider was Toshiki Nishiyama, who entered in the Isle of Man, 1971. In 1994, the first Japanese club teams arrived to race in the USA event. The first Japanese World Trophy team participated in New Zealand in 2006 and they have continued to participate intermittently since then.