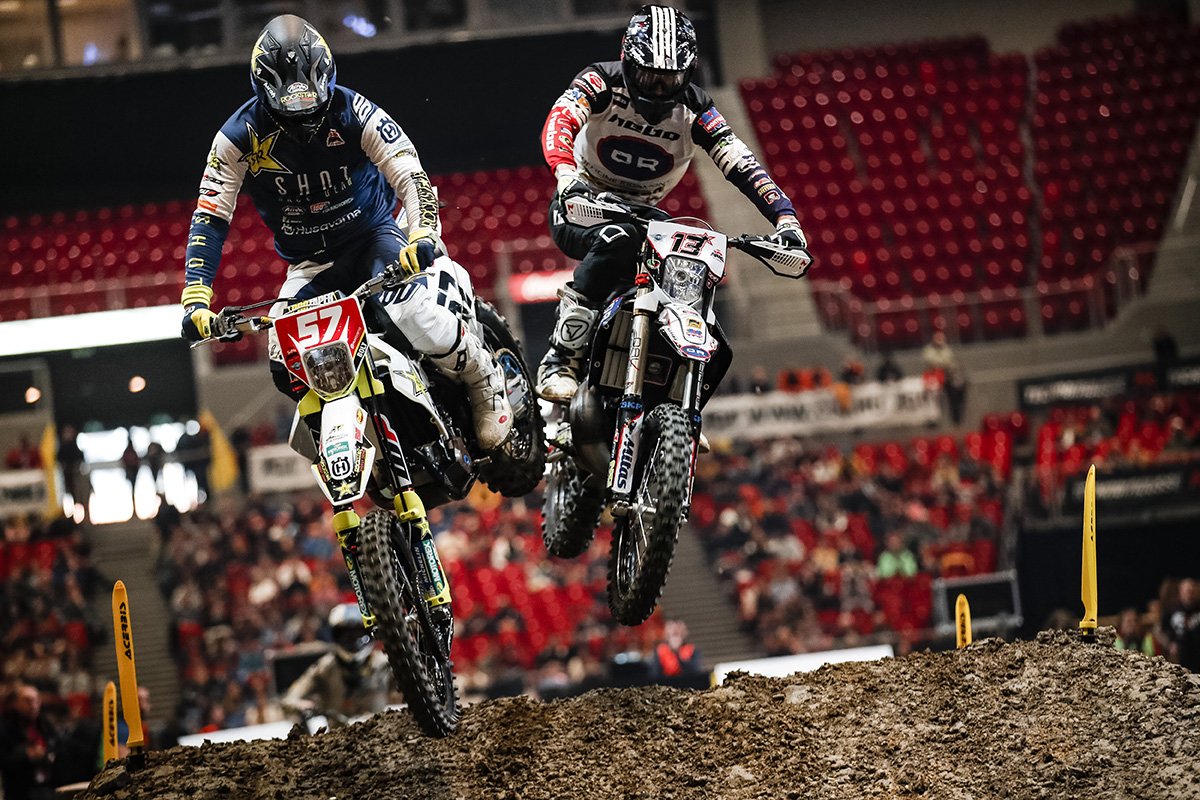 The FIM has updated the 2022 SuperEnduro World Championship calendar, the five-round series based in central Europe with one round in Israel next January now concludes with a double-header in germany during March.

The news about the 2022 FIM SuperEnduro World Championship is a rollover from 2021, fingers crossed this year we get to see some racing after last year’s cancellation due to the pandemic.

As is traditional, the season will actually start during 2021, in Poland and in front of the always up for it crowd cheering Taddy Blazusiak and the boys on.

The series then continues south and east aross to the middle east and Israel for a round in the historic city of Jerusalem – Israel successfully hosted an outdoor SuperEnduro race in the summer which Jonny Walker won.

The series then moves back to Europe and Budapest, Hungary in early February before the rescheduled double-header in Germany across two nights in Riesa during March.

As for the racing itself, we’re looking forward to it not just because we missed the excitement, and the racing is awesome, but because it should bring some fresh faces and teams.

With Taddy now on the GASGAS and Jonny Walker expected to take part on his Beta Racing-backed team, who will race for KTM?

Enduro21 understood Manuel Lettenbichler was primed last season, before things were cancelled so seems favourite to race on the orange bikes ahead of their other Europe-based rider, Josep Garcia. There’s a rumour they might long haul Trystan Hart over from North America, and it would be great to have him over plus Colton Haaker back, but we won’t hold our breath on that one.

The high profile race series certainly generates plenty of hype globally, could we see some manufacturers like TM or Sherco committing to the five SuperEnduro rounds? It would surely be good to see some new teams in there.

One rider happy to get this show back on the road is reigning champion Billy Bolt. The Rockstar Husqvarna rider has been itching to defend his 2020 crown and it is fair to say Billy’s been on fire at any given oppurtunity in the last 12-18 months where a race (Hard Enduro World Championship or EnduroGP rounds) have had anything like a SuperEnduro element .