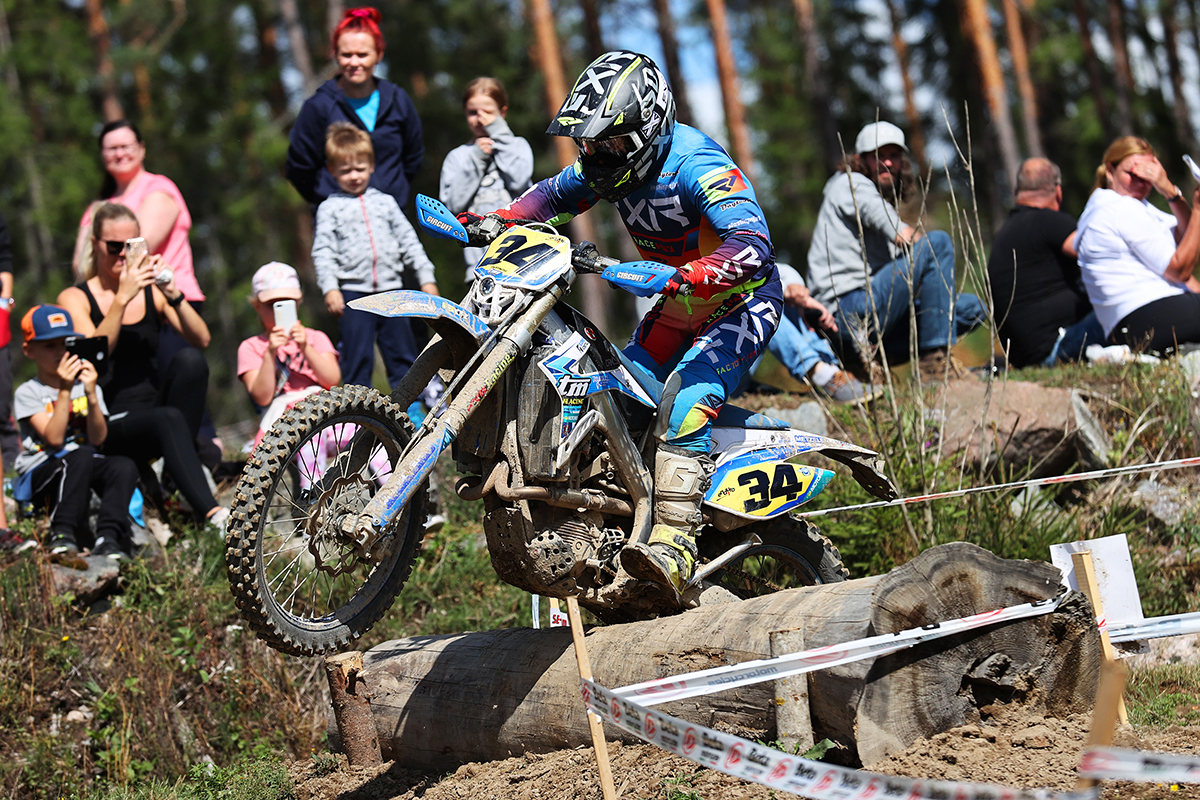 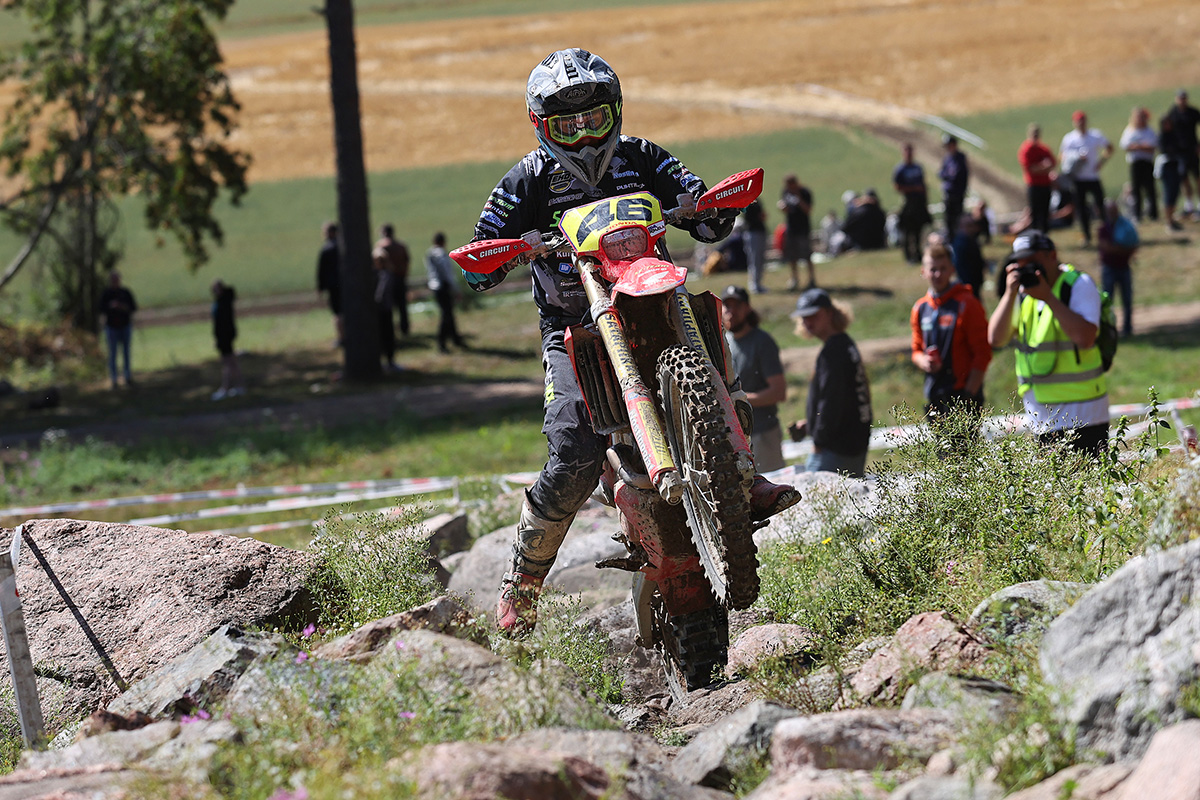 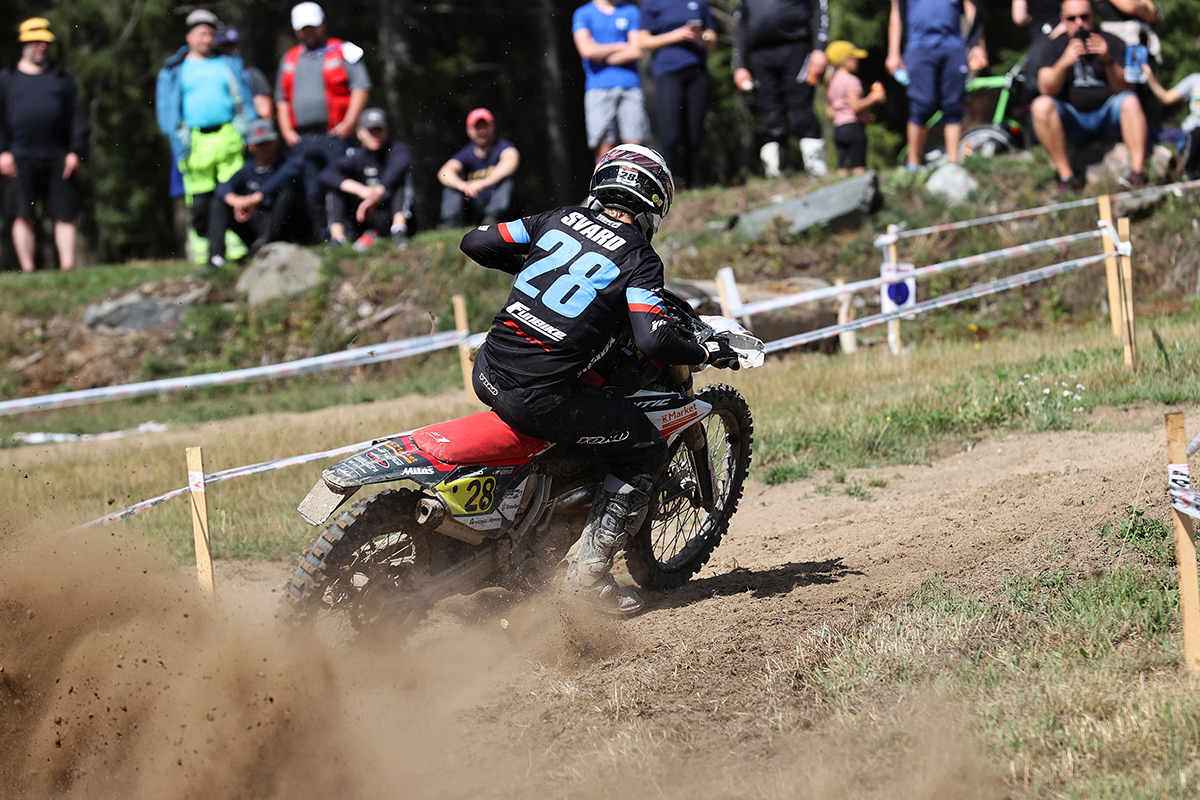 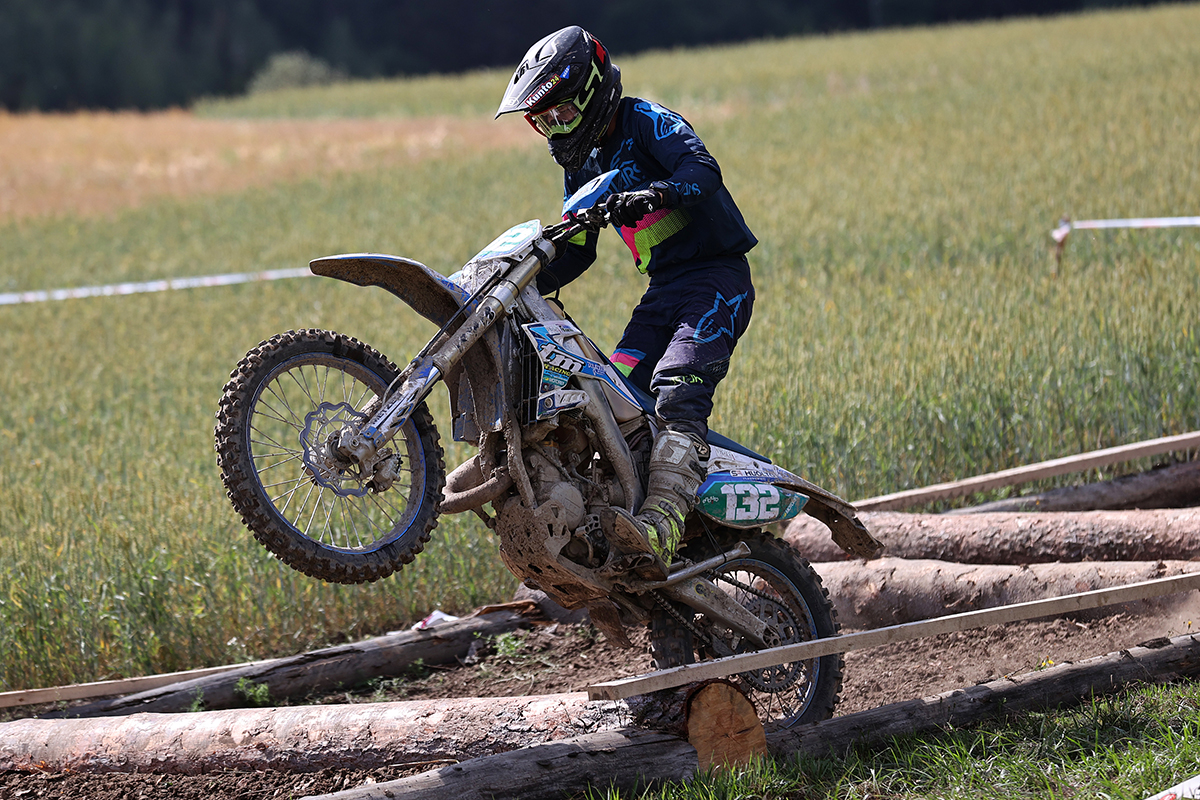 Video highlights from 2021 Finnish Enduro Championship round five in Sipoo where Eero Remes staged a fightback to steal the victory from Eemil Pohjola by one second.

The Sipoo round of the 2021 domestic series in Finland was a good one: great weather in the region just outside Helsinki and a great comeback ride from Eero Remes who got the better of the youngsters.

It wasn’t an easy win for Eero, overnight rain before the race made the tests really slippery in the morning and Remes lost almost one minute on the extreme test. But the TM rider has been in good form in recent EnduroGP rounds (in Estonia and Sweden) and came good after that to haul back the time difference and squeeze it by just one second ahead of Eemil Pohjola.

Eemil had some consolation though, he took the E3 championship two rounds early after a dominant season. Hugo Svärd was third on his 125cc Fantic, just 16 seconds behind overall.