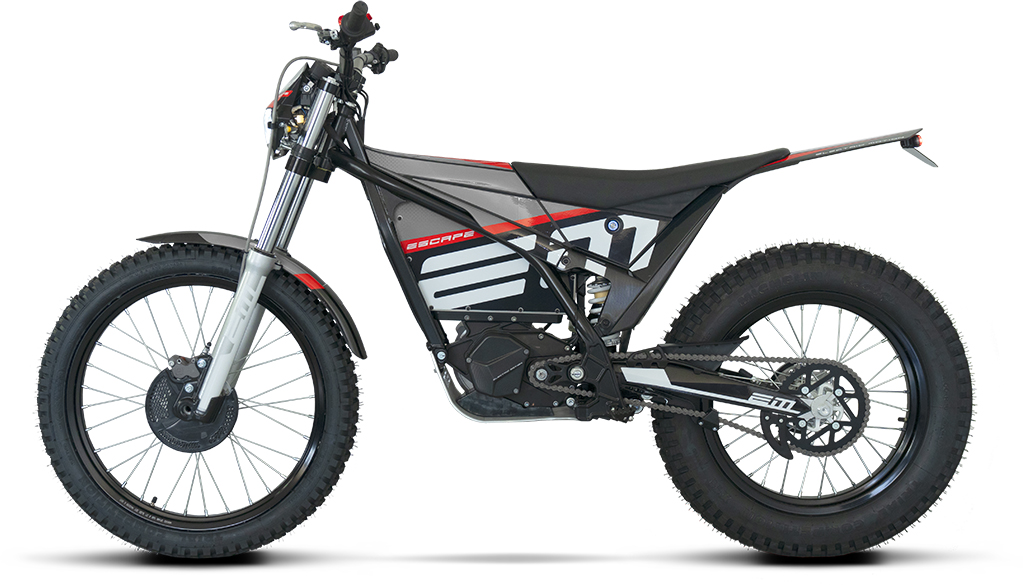 Off-road underwater – two-strokes can’t do this

Not convinced electric motorcycles are the future? Watch an Electric Motion trials bike being ridden underwater – by the way, they launched their 2021 models.

Electric Motion have released details about their 2021 range of electric-powered motorcycles with updates to the frames, electronic software updates plus two new trail-friendly ‘Escape’ models – but we got distracted by Trialworld riding one underwater...

The French manufacturer's focus is trials and the three model line-up of the ePure bike range – ePure LITE, ePure SPORT and ePure RACE ­– have each undergone healthy development updates for 2021 with new frames, forks, triple clamps plus both hard and software upgrades. 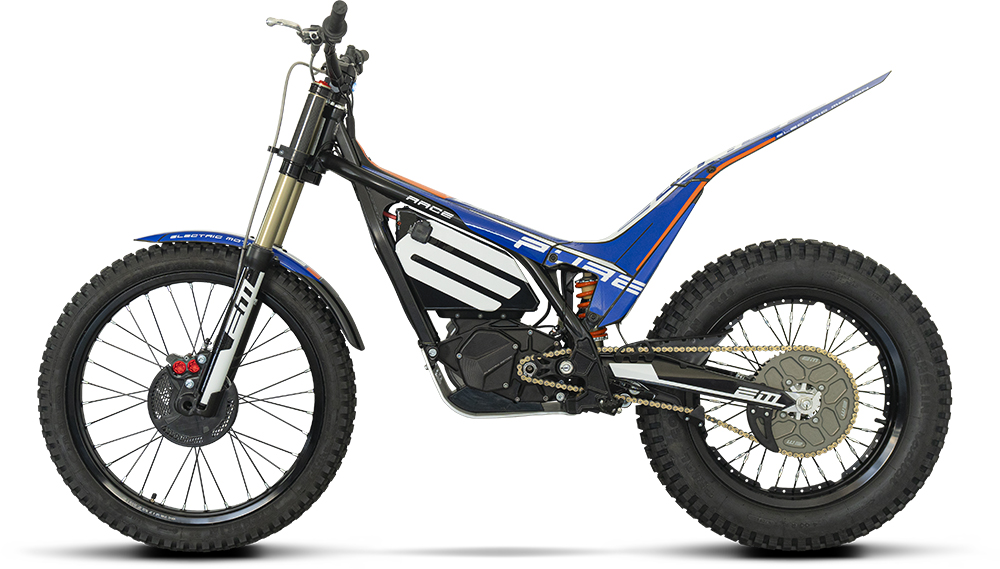 Revised geometry in the new frame plus new triple clamps improves balance, stability, and handling EM claim. For 2021, the ePure SPORT and RACE models also receive new TECH RACING Aluminum forks for enhanced performance and durability. Tech Aluminum forks are well established in the trial world with a high standard and will be a welcome addition for EM riders this year.

The 2021 ePure RACE still remains the only electric motorcycle on the market to feature a real diaphragm clutch. This is a fully-functioning hydraulic clutch, similar to that found on a gas-powered trials bike. It allows the rider to fully engage, disengage, and modulate the power, giving them perfect control. It is truly game-changing! 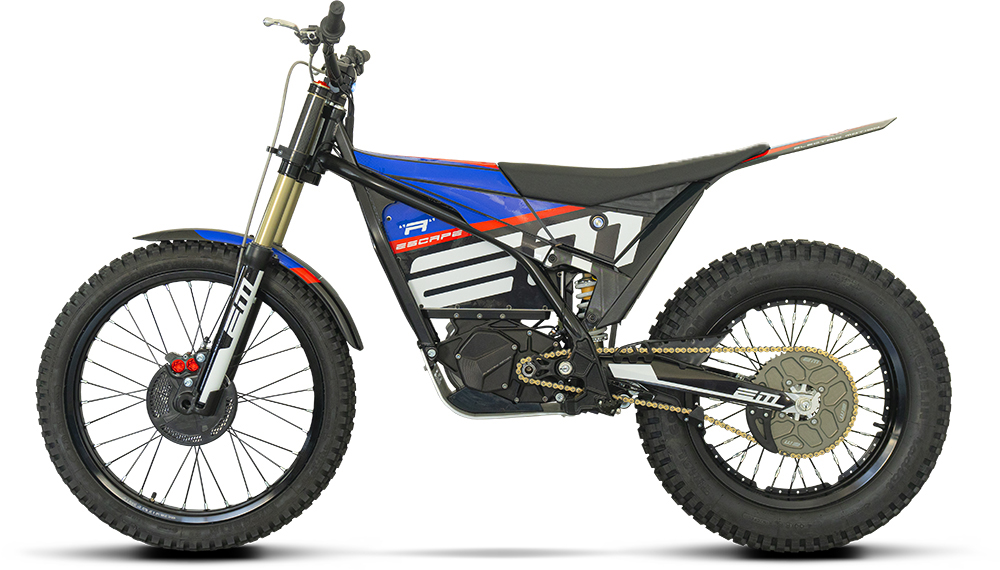 Two new models are joining the Electric Motion family for 2021, the Escape LITE and Escape “R” models are new for 2021 which join the already capable Escape model to offer a more complete line-up.

EM say the new Escape LITE is the perfect bike for joining the Electric Motion revolution with an affordable price point (MRSP $8100) into the segment while still maintaining a high level of performance. The Escape LITE features a new seat and top cover for improved comfort on longer expeditions and has a range of approximately 27 miles. The standard Escape model has the same features as the Escape LITE, but with a larger battery that boosts range to approximately 38 miles.

The Escape features EM’s Progressive Regenerative Brake system. Controlled by the lever on the left side of the handlebar, the PRB system works like a clutch/rear brake hybrid. When pulled, the PRB lever kills the power and progressively slows down the rear wheel, like a brake would. The more you pull the lever, the more the rear wheel slows and every time you do it the PRB system regenerates power, charges the battery and increases range.

Electric Motion importers to North America, Central Powersports Distribution, say the Escape models will soon be street legal in the US too, which will make this already versatile bike even more useful. As EM say, imagine packing one of these on the back of an RV or adventure van.

Electric Motion are calling the new Escape R model “the ultimate go-anywhere trail bike”. In standard form the Escape is practically silent and leaves no trace, making it the perfect bike for exploring. The Escape “R” features upgrades including the TECH RACING Aluminum fork and the diaphragm clutch the same as the ePure RACE trial model. It also houses the larger battery from the standard Escape model top deliver more range and power.

2021 Electric Motion models will be available at participating dealers from the autumn.