We’ve got some exclusive video content from the XRace of Champions, Finland’s old school Enduro World Champions and ISDE Trophy Team legends got back on the gas for a secret race – it was just a gentle ride for old time’s sake, nothing serious…

Nine riders featured in the XRace of Champions who between them have a total of 56 Enduro World Championship and ISDE Trophy world titles.

The Finnish hall of fame:

The good guys at Xracing.fi organised three special tests – MX, enduro and an extreme tests for just one lap. “The guys rode so fast and you really could tell they were not messing about and that everyone was really badass back in the days.” Says Jani Hovi, event organiser. “It was not serious race, but boys went fast and their skills shone through. In the end there was lots of arm pump, lots of laughs and lot of bull shit!” 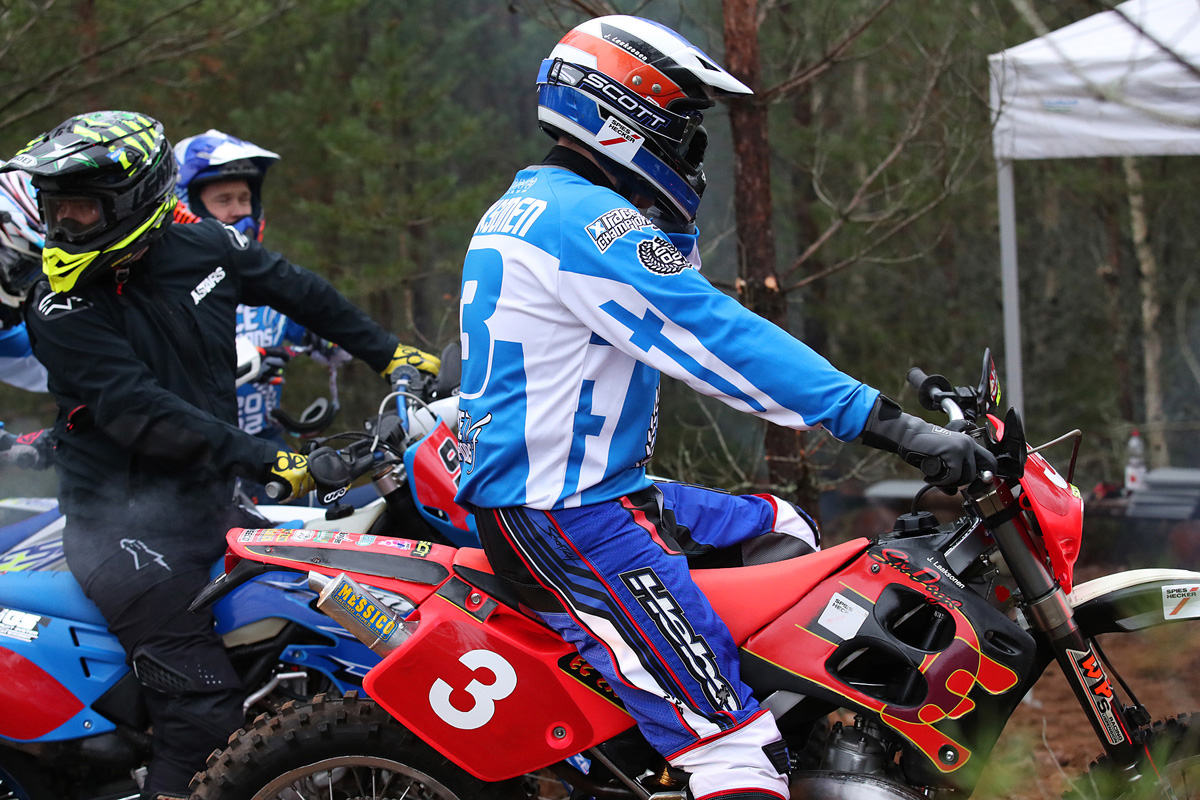 Some rode modern bikes but others rolled out special bikes for the event. Samuli Aro rode his 2004 KTM 525 Factory bike, Jani Laaksonen had his 1998 GasGas 250 Factory bike, Petri Pohjamo rode his 2005 TM Factory bike and Petteri Silvan had his 2007 Suzuki 250 two-stroke which he took to the Finnish championship that year.

The original plan was to have fans, a full race, sauna and beer after the event but it was all curtailed by Covid restrictions. But, next year the event should go ahead with full steam.

More from this event: www.Xracing.fi and Xrace of Champions: Finnish legends race one-off event for the hell of it