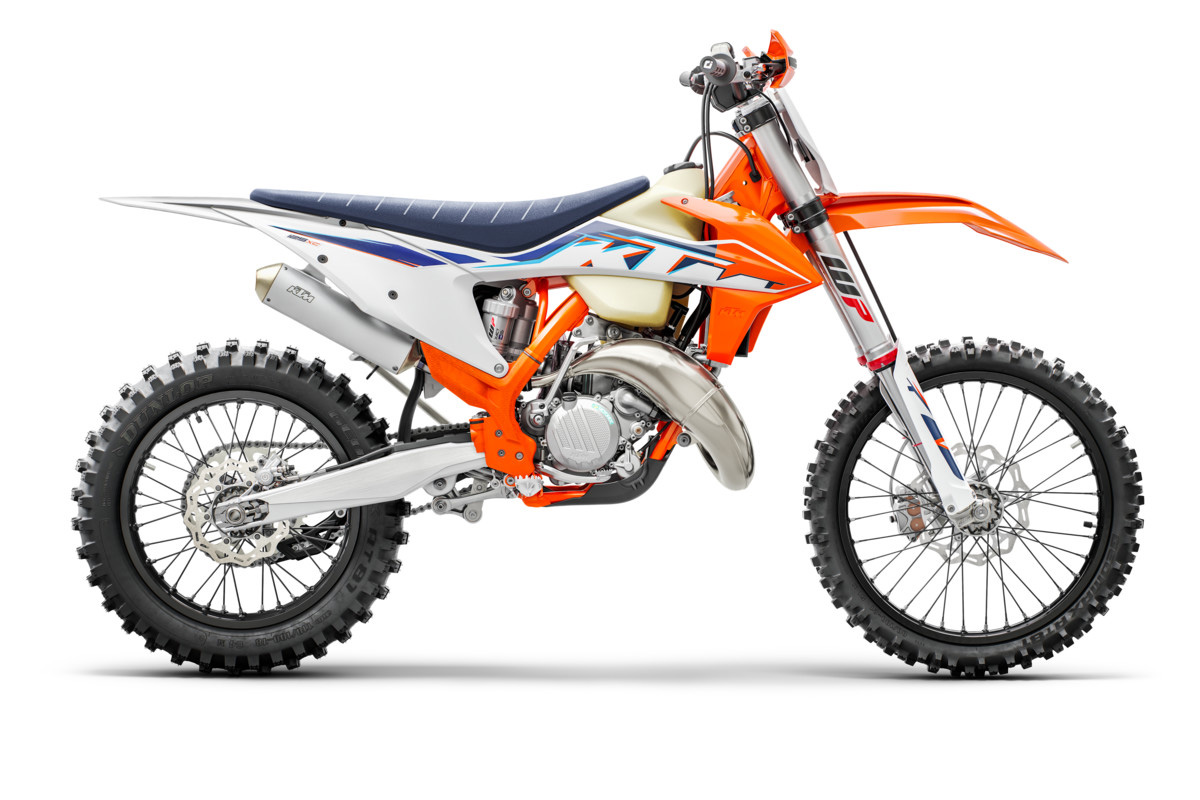 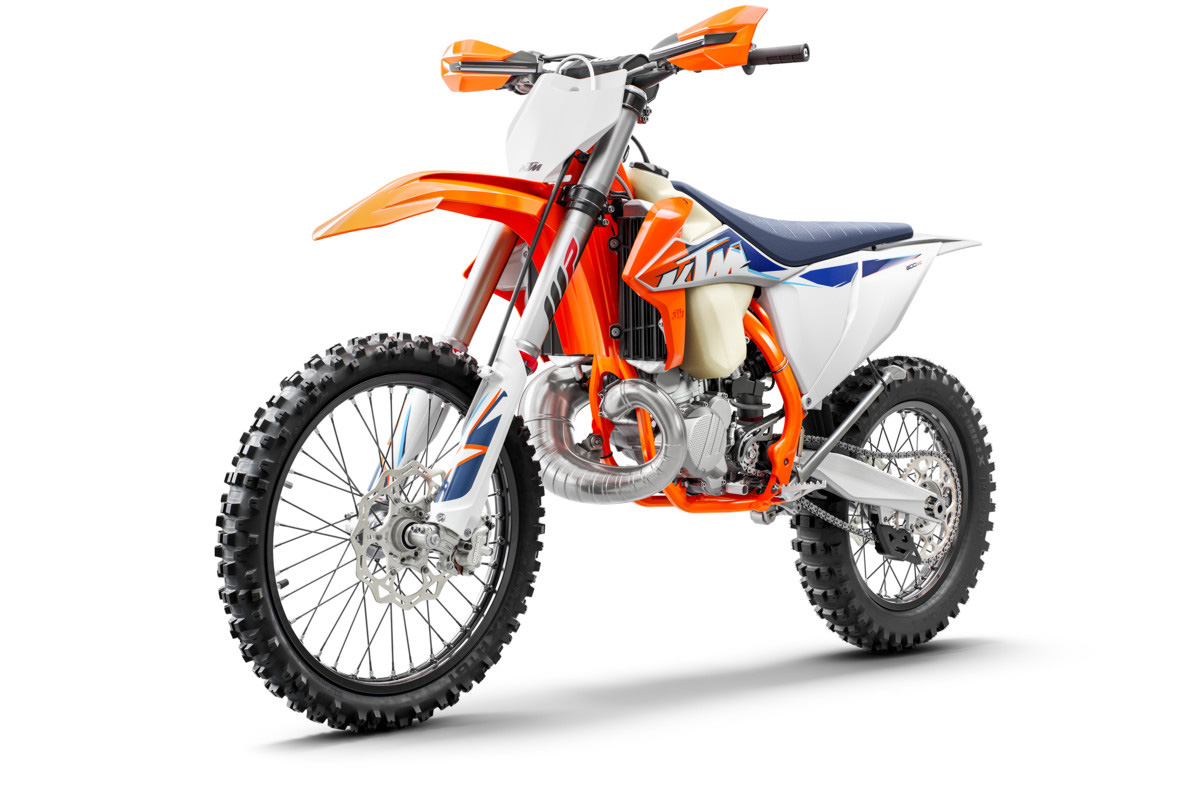 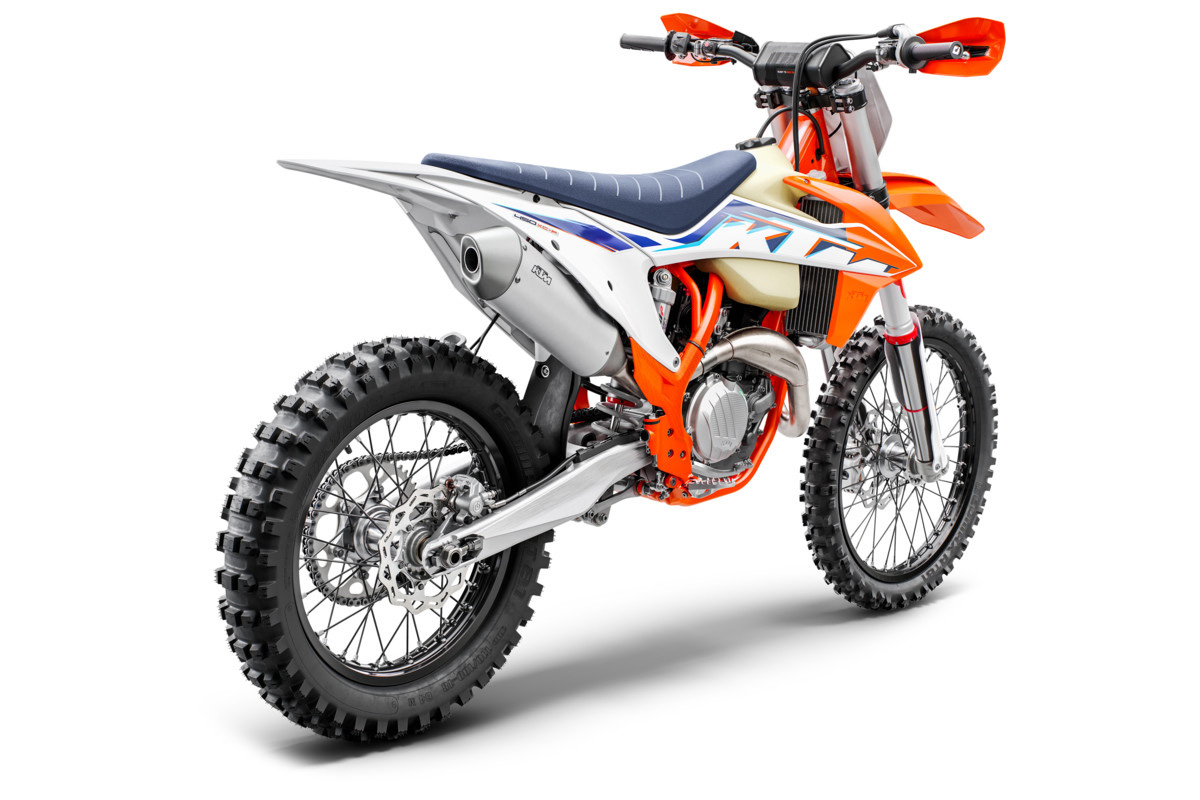 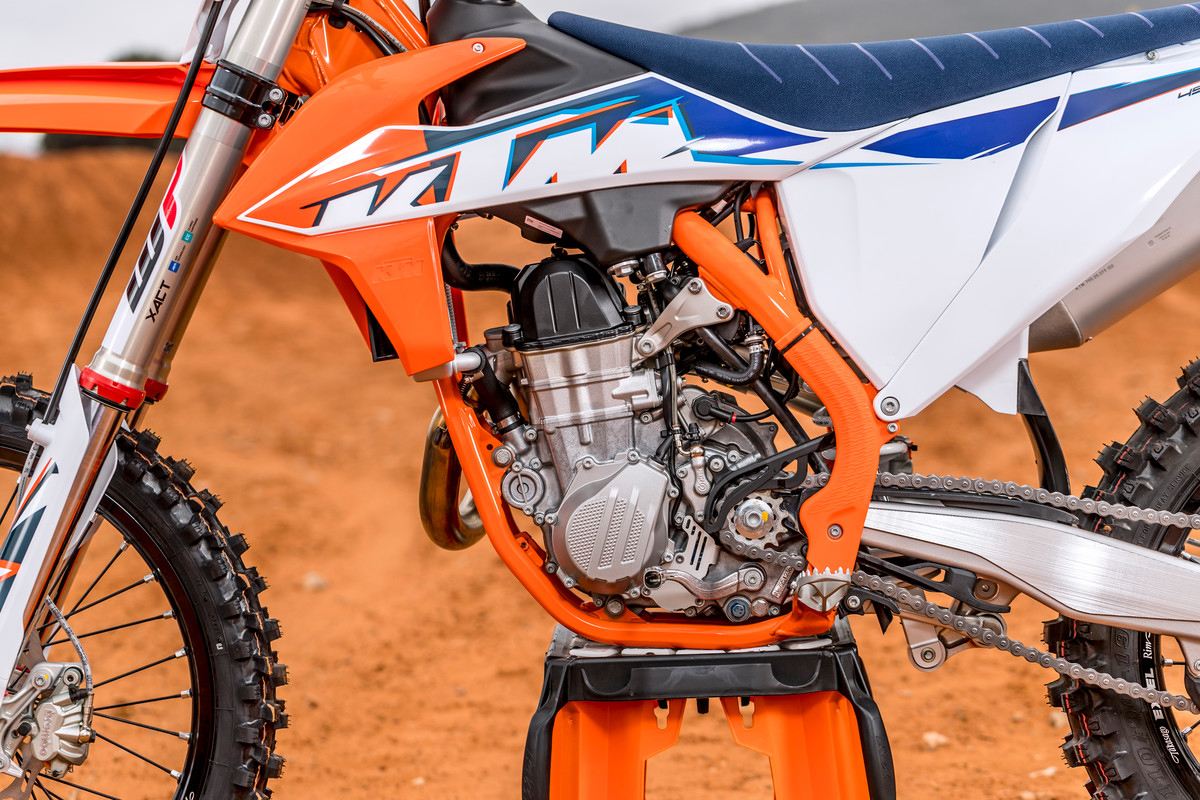 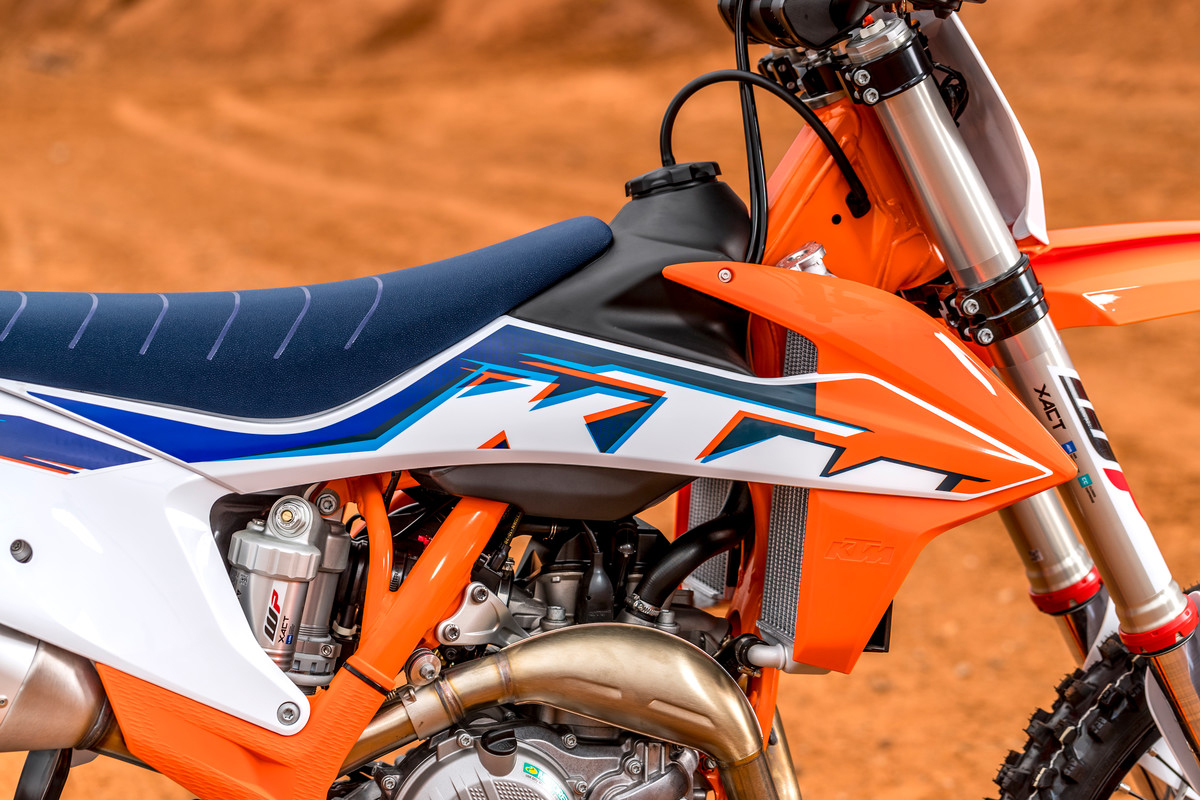 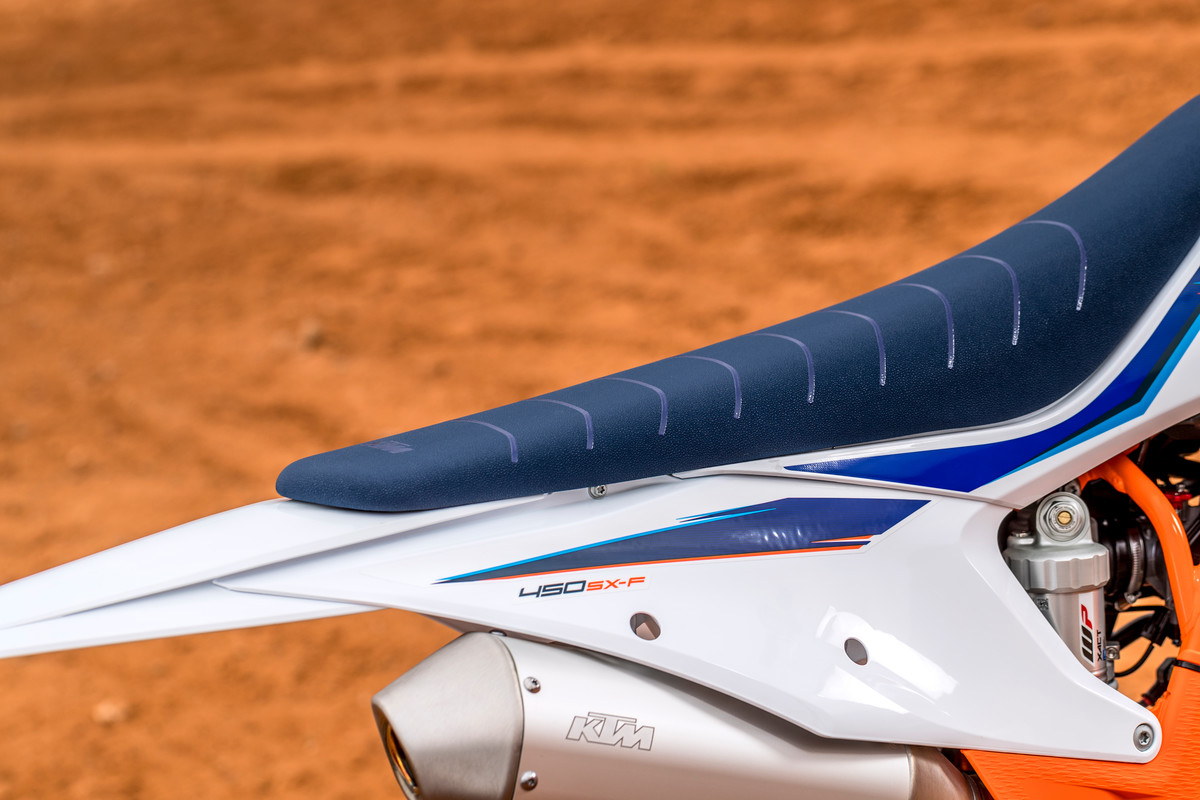 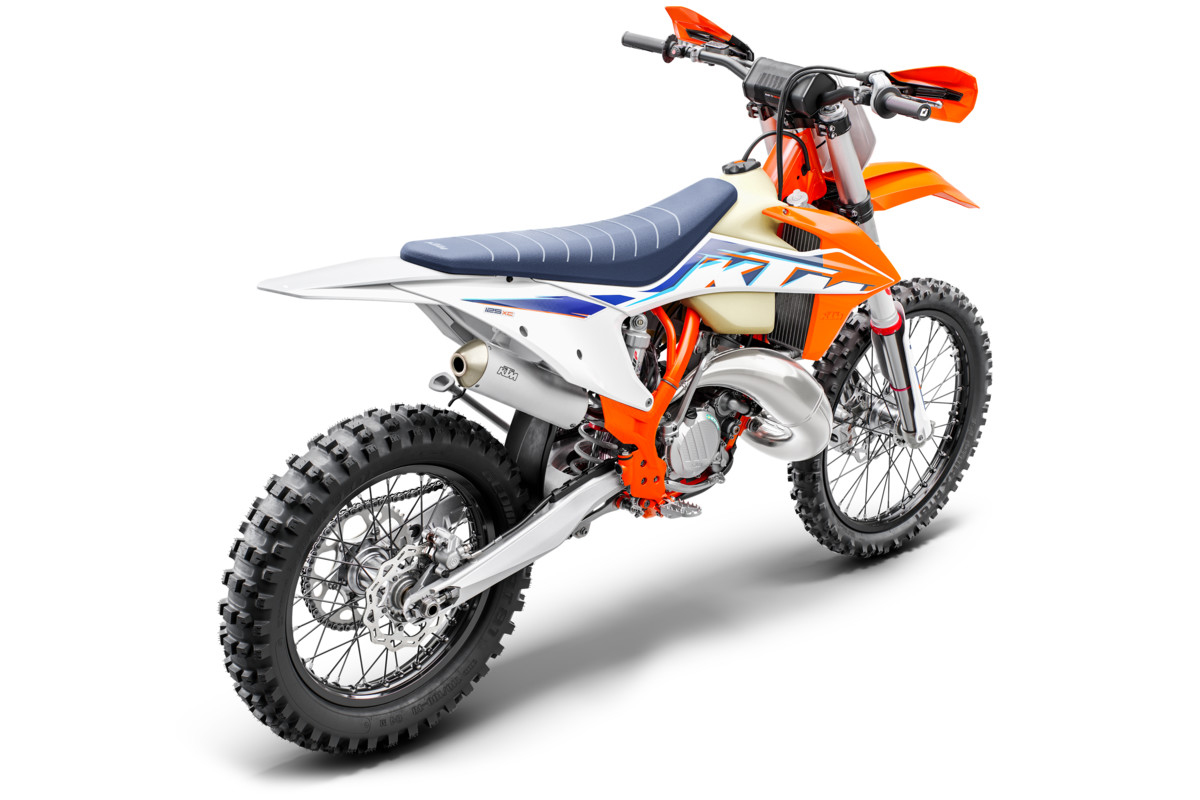 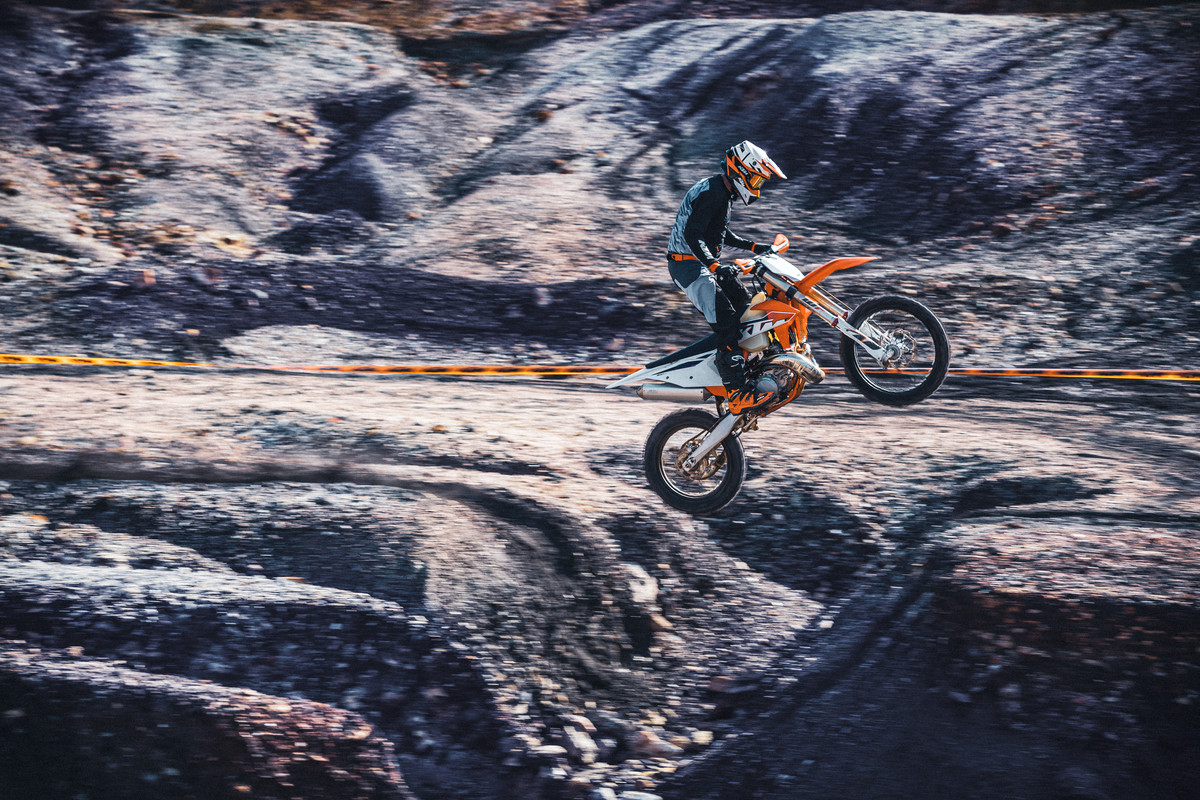 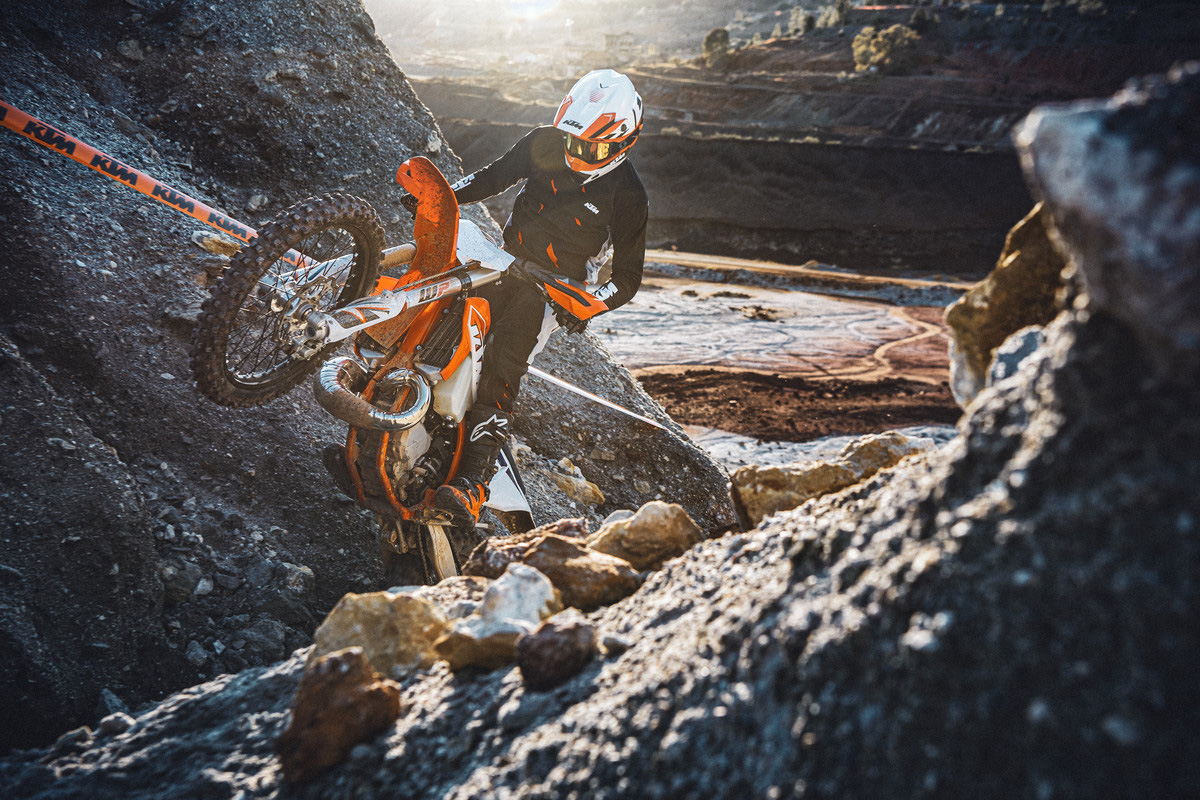 KTM has announced the new graphics and colours along with minor detail changes for their 2022 Motocross and Cross-Country off-road range.

After some major updates in the 2021 range, including the KTM App on the four-stroke models, this was always going to be a fallow one in the KTM Motocross and Cross-Country models (expect more from the EXC Enduro bikes for the model year 2022).

The entire SX and XC range features new graphics and an updated colour scheme for 2022 which KTM says “builds on the connection between the production bikes and the factory race machines.”

The benchmark big KTM 450 XC-F is the reigning championship-winning machine in both GNCC and WORCS under Kailub Russell and Taylor Robert respectively. The SX model has clearly got a hell of a record too with FIM Supercross World Championship falling to Cooper Webb just last weekend. These are the guys along with the MXGP teams who are developing the bikes.

For the record, the full four-stroke range remains the same with 450, 350 and 250 models in both XC and SX specification – XC specification is basically 18-inch rear wheel, handguards, side stand, Dunlop AT81 tyres and larger 8.5 litre clear fuel tanks.

The two-stroke model line-up begins with the little belter 125 XC, one of the 125s on the market with an electric starter, and also one of the few in the KTM range to get an update this time around. It's not a big change but for 2022 the 125 XC gets a 50T rear sprocket to increase top-end speed – a direct result of customer feedback they say. The carburetted 125 is joined by the 250 and 300 XC two-strokes which feature the TPI fuel injection system engines.

The other update from KTM for 2022 is a new balancer shaft bearing on the 250 and 350 four-strokes to reduce friction for “enhanced high-revving performance”.

The smaller capacity range remains as strong as ever from the impressive SX-E 5, through 50, 65 and 85 SX models. These appear to have no significant changes for 2022 except the new colours also.

KTM say the 2022 SX and XC models will be available at authorised KTM dealers from May 2021 onwards.

More information including full specs and your nearest dealer: www.ktm.com