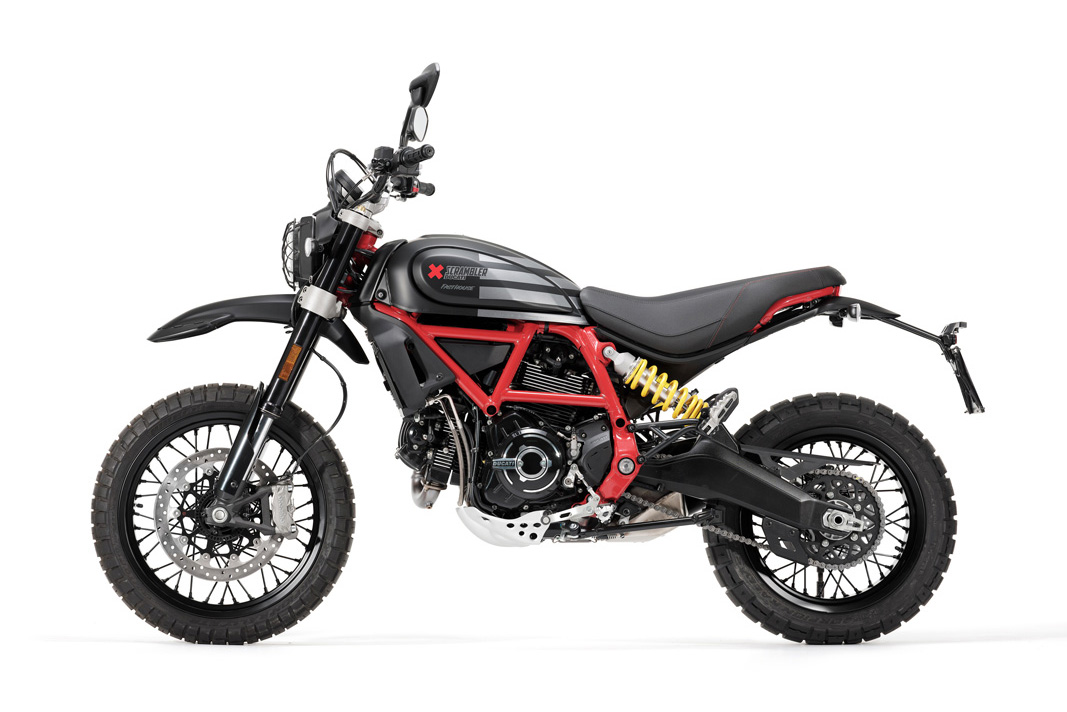 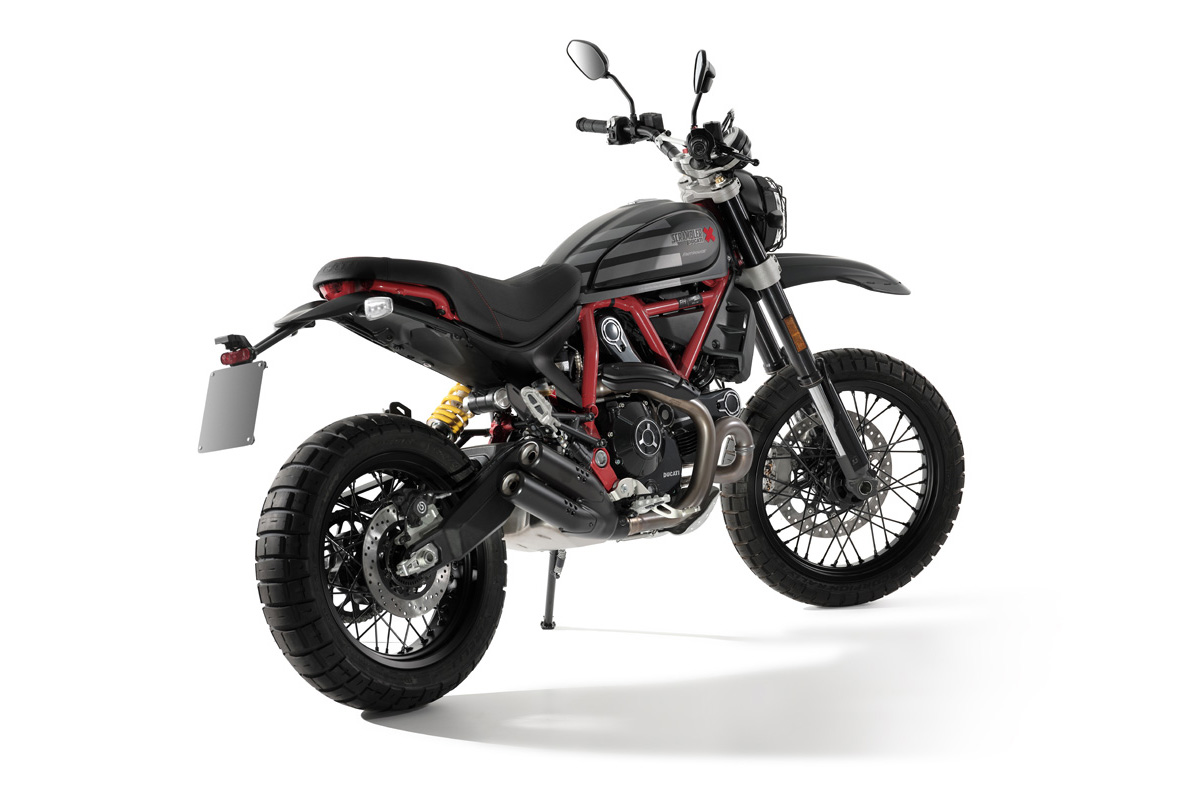 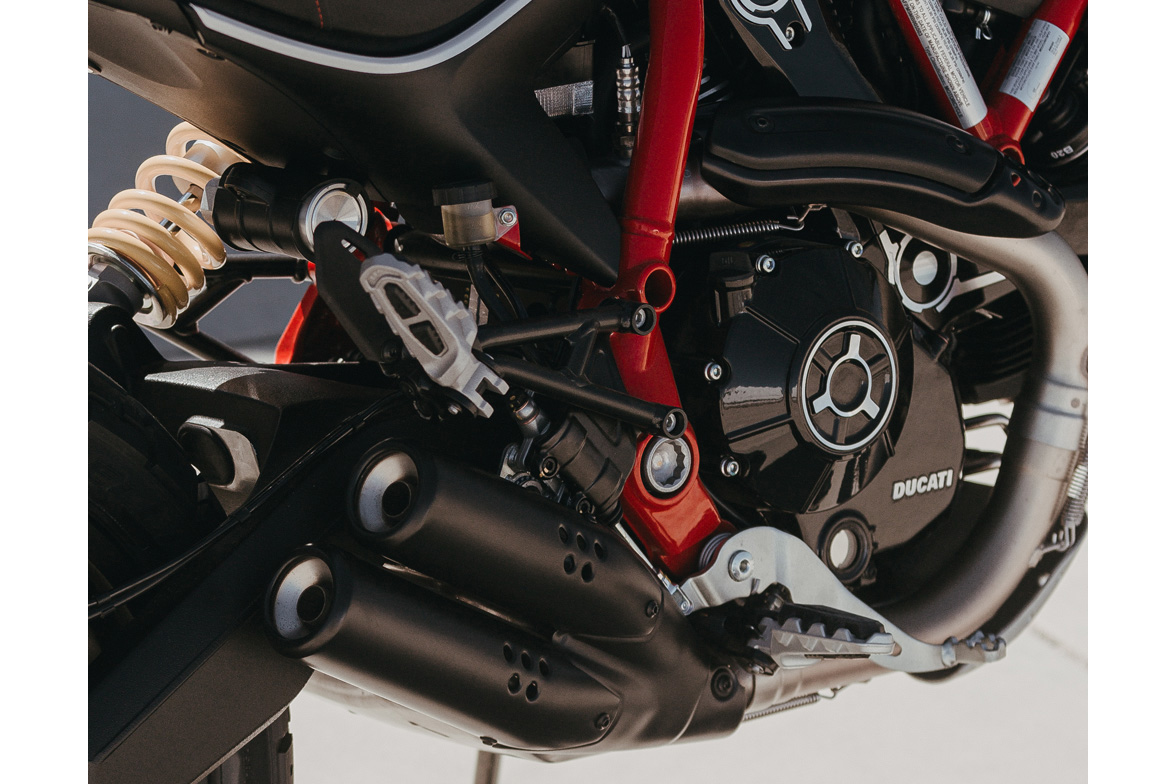 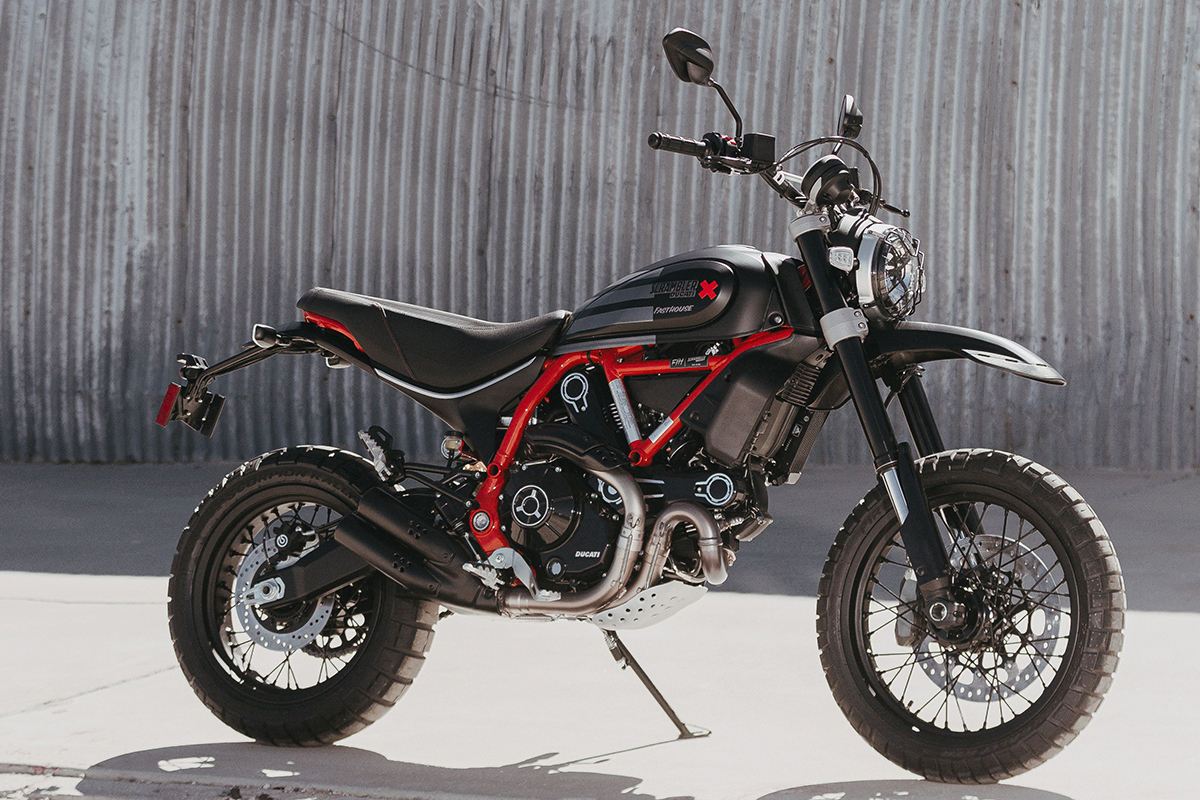 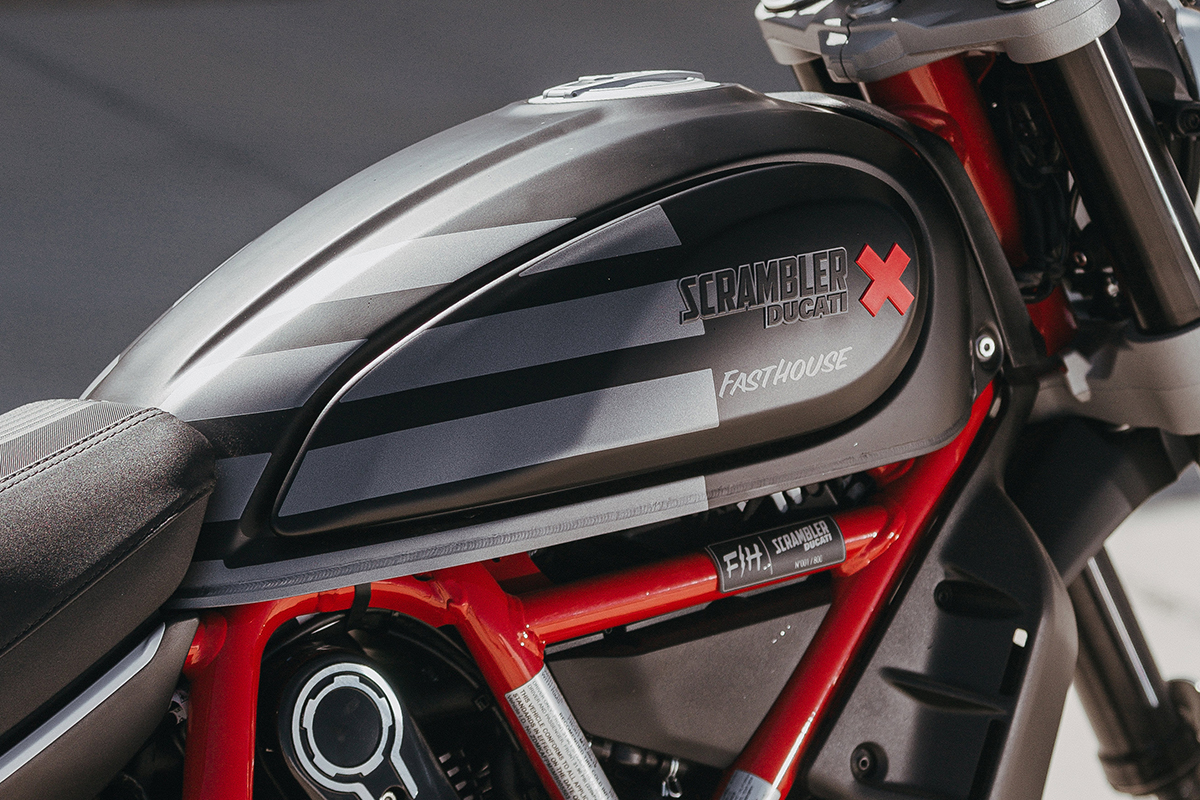 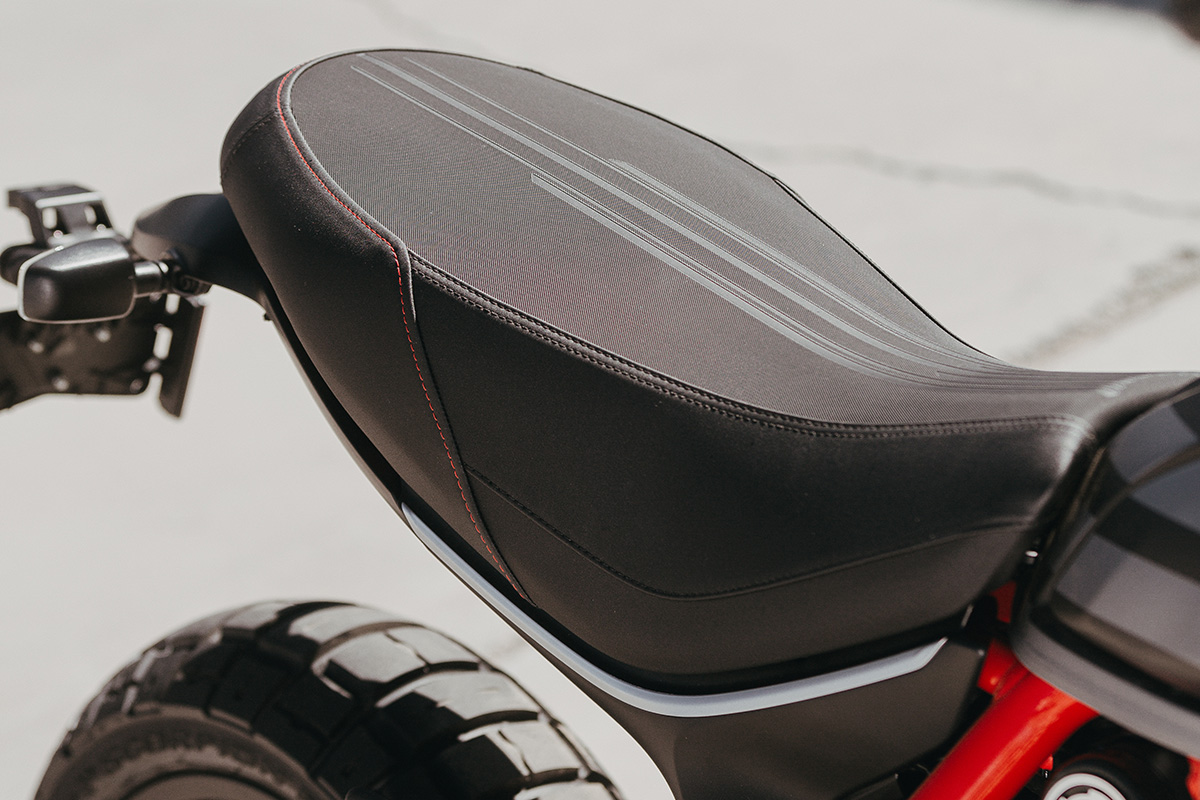 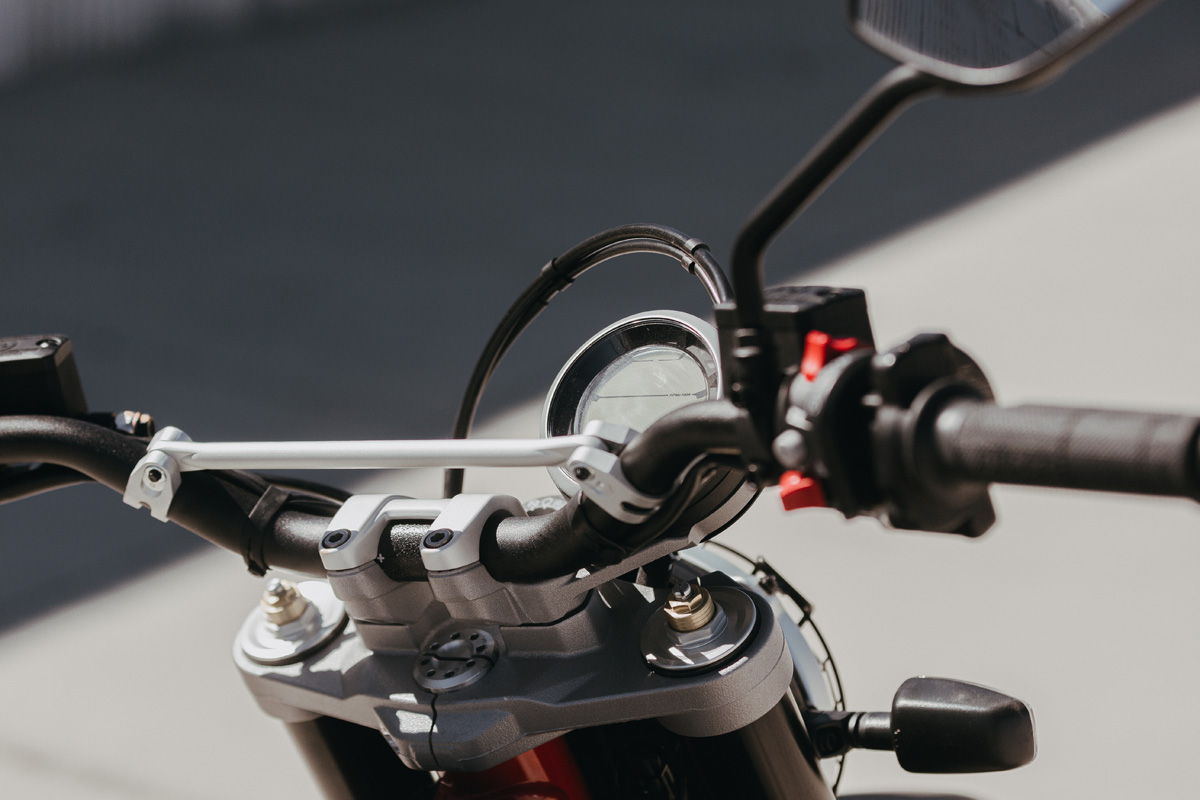 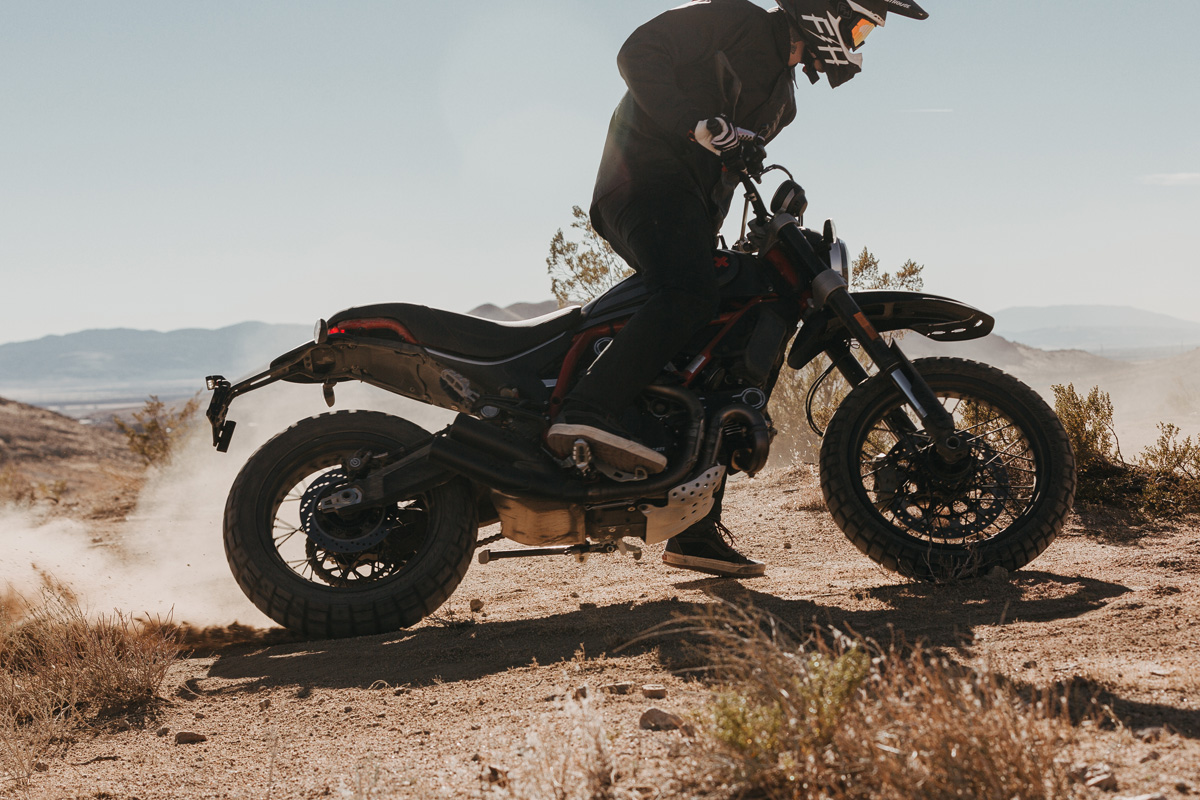 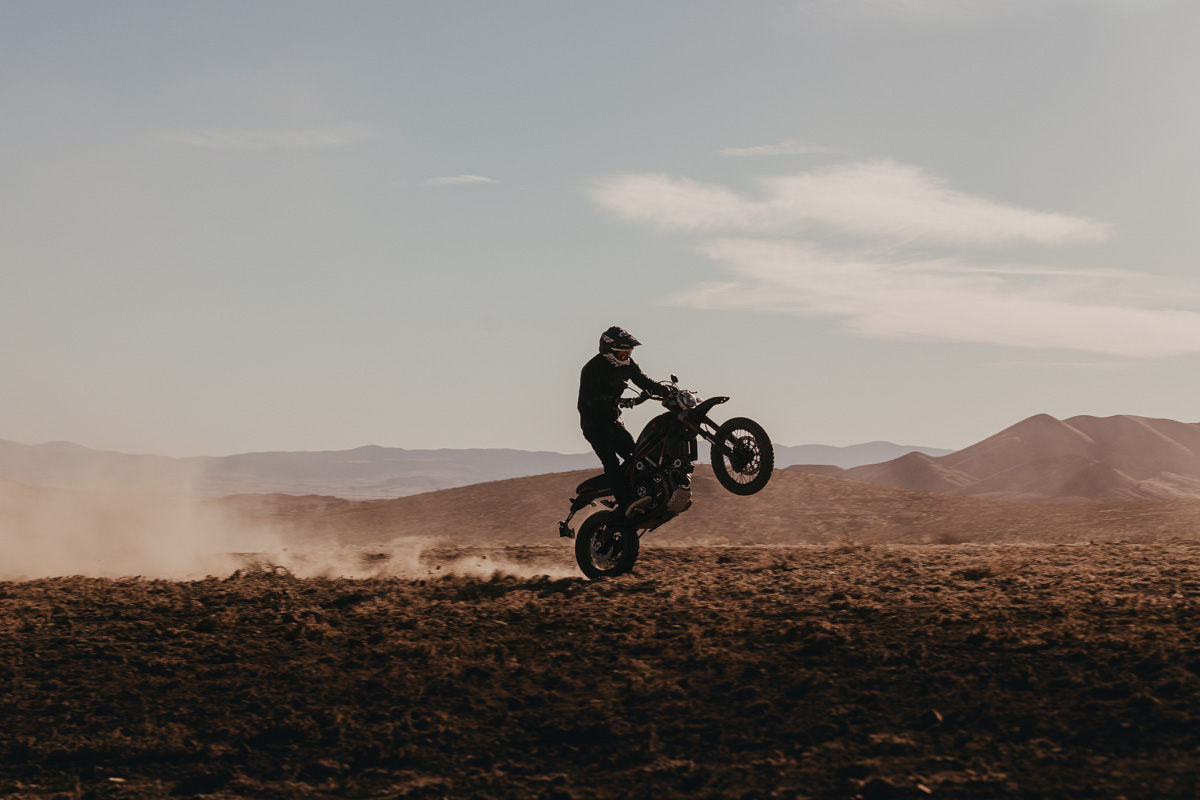 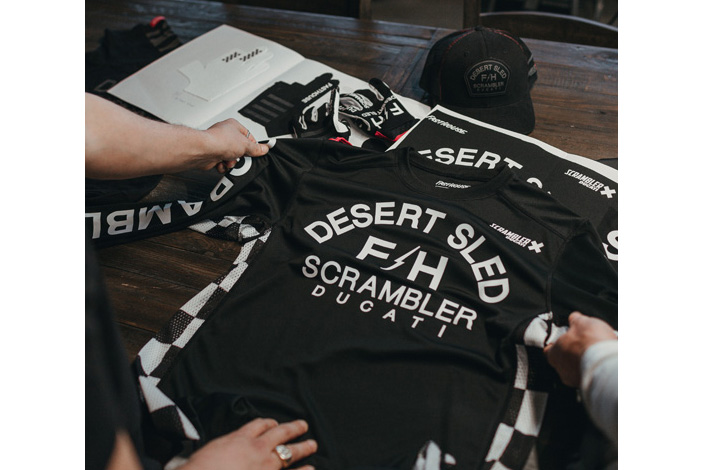 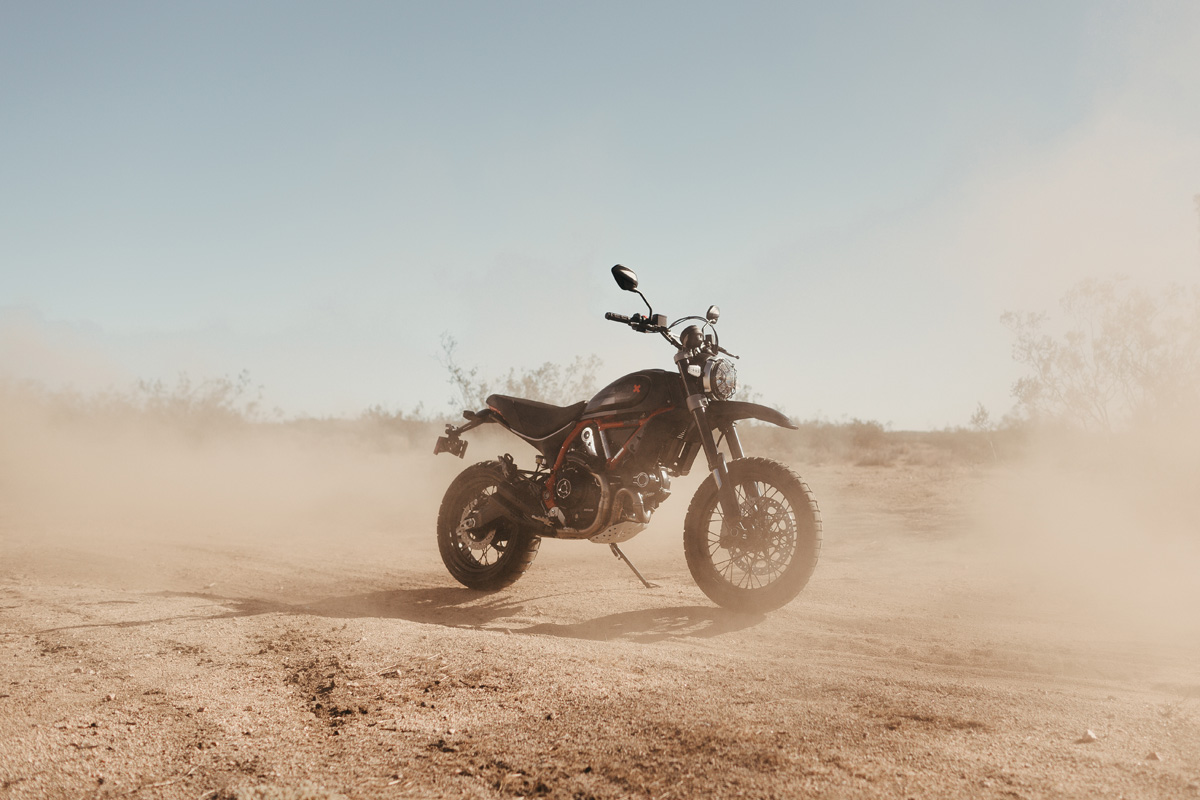 Ducati has teamed up with American clothing brand Fasthouse for a limited edition run of their Scrambler Desert Sled model built to mimic the bike which took Hooligan class victory at the Mint 400 desert race.

Using the Ducati Scrambler Desert Sled as a base, the Fasthouse model will be in a limited run of 800 bikes and with special livery replicating the graphics used by the bikes that Jordan Graham took to victory in the Mint 400.

The black and grey colours combine with the American clothing brand’s geometric design on the tank, with the Fasthouse logo inserted alongside the Ducati Scrambler one.

The Ducati Red frame on each model will be embellished with an aluminium plate bearing the number of the bike within the limited series, making each one of the 800 units to be produced unique.

The Desert Sled Scrambler is already a pretty handy on the dirt (better than you expect). More off-road oriented swingarm, triple clamps and longer travel KYB suspension, high mudguards and the skid plate give it the look but also some decent skills on a trail.

Ducati say the saddle has a non-slip coating but keeps the seat height at 860mm along with the adjustable suspension with 200mm of travel and the off-road leaning foot pegs.

The black spoked wheels are 19” at the front and 17” at the rear and are fitted with Pirelli Scorpion Rally STR tyres as standard.

The new Ducati Scrambler Desert Sled Fasthouse was presented by Jason Chinnock (CEO Ducati North America) and Kenny Alexander (founder and president of Fasthouse) in a video shot inside the Fasthouse headquarters in California:

The collaboration between Ducati and Fasthouse also includes the launch of a range of apparel, created specifically for the Ducati Scrambler Desert Sled Fasthouse. The collection consists of four elements: short-sleeved t-shirt, long-sleeved t-shirt, jacket and cap, all made with high-quality fabrics, which will be available for purchase from the end of April on Fasthouse’s sales channels, in Ducati network dealers and on the Ducati Online Shop.