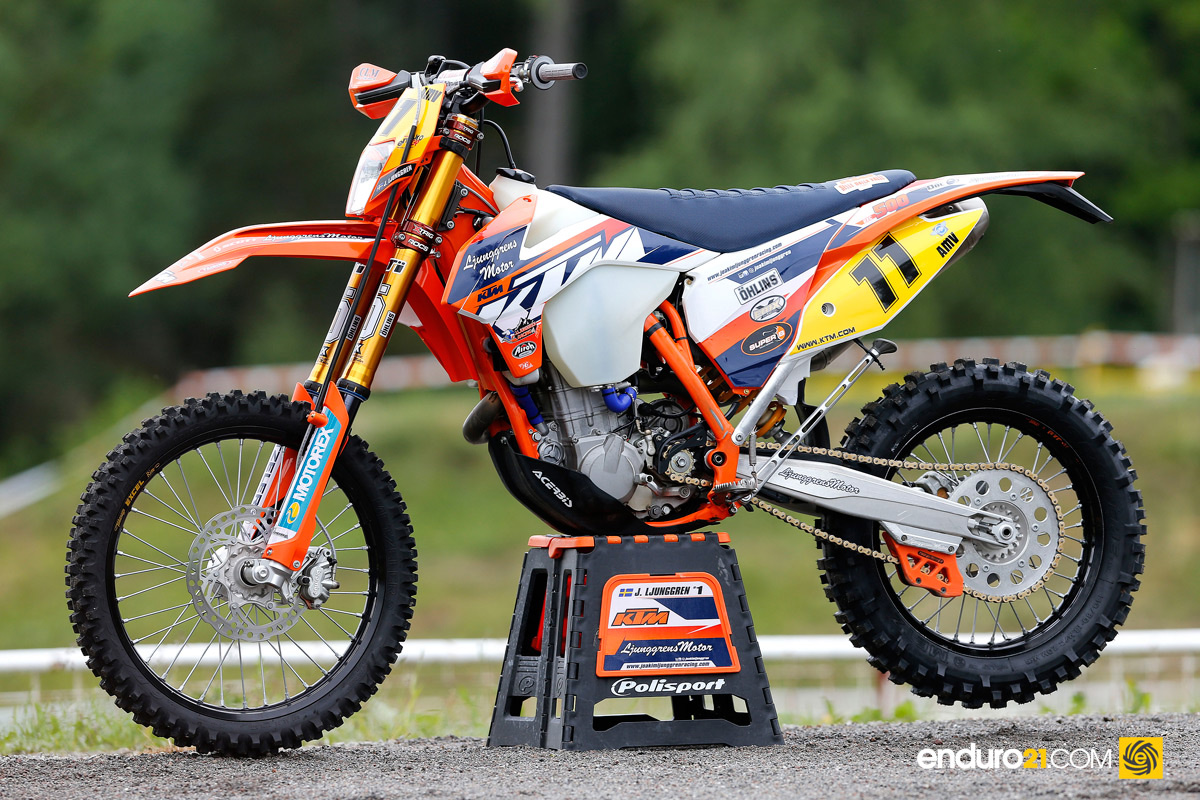 Joakim Ljunggren made a welcome return to the EnduroGP paddock in 2016 with a wildcard ride at the Swedish GP onboard his own-spec KTM 500 EXC-F.

Always a fan of the big four-stroke, Swedish enduro legend Joakim Ljunggren decided the KTM 500 EXC-F was the better option for his wildcard ride at the 2016 Enduro GP of Sweden – Joakim at the time raced the Swedish National series on a 450 EXC-F.

Kitted out in the distinctive gold coloured Öhlins suspension front and rear, Ljunggren’s bike sure is pleasant on the eye. 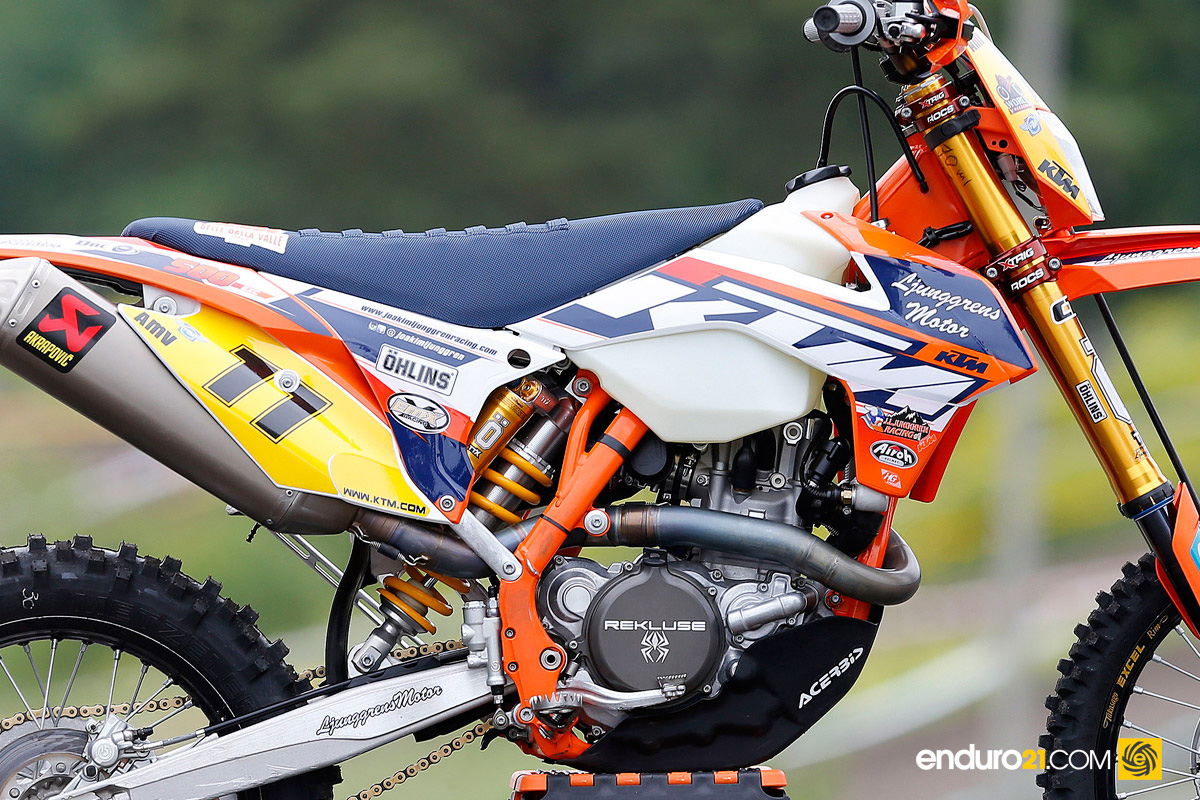 “The biggest change about the bike is Öhlins suspension front and rear. As a Swedish rider, it’s nice to be supported by a Swedish brand like Öhlins. I’ve been on the factory equipment from WP in the past and have found the move to Öhlins not so big of a change. The main difference is that Öhlins is more sensitive to smaller changes and feels softer. They don’t have the traction system of WP in the rear but I like it a lot.” 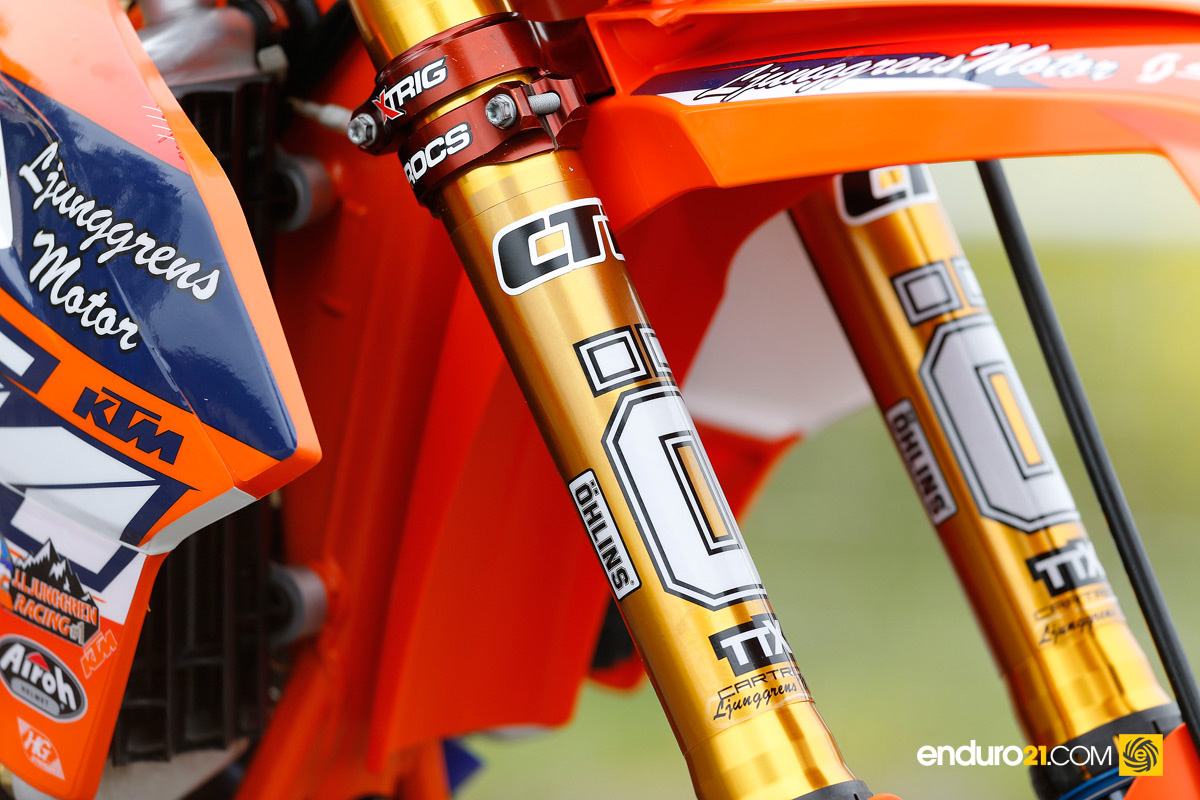 “Normally I ride the 450 in Swedish championships but have decided to ride the 500 EXC-F for the Swedish GP. The engine is standard. I prefer standard engines. In comparison to the 450 it has a lot more power in the bottom but actually less top end. It doesn’t rev as hard as the 450 but rides smoother.”

“Normally I ride the 450 because tracks are rougher for the Swedish National Championships but they’ve cleaned these tests a lot, so it’s not as hard, so even though I’m on a bigger bike it’s working just as well.” 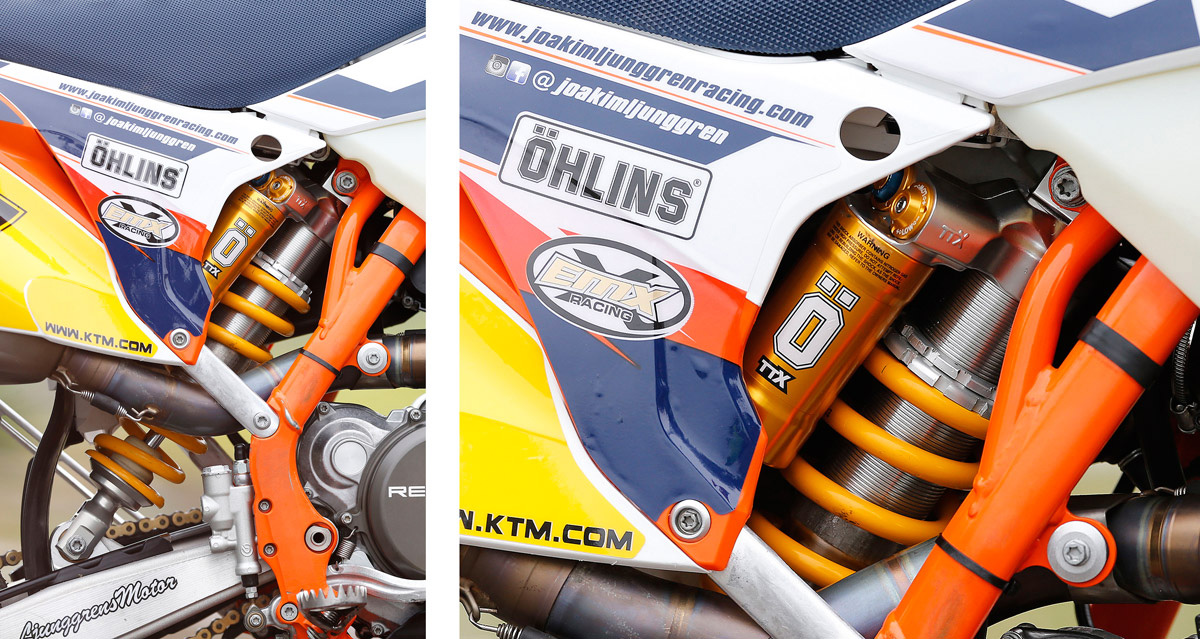 “Other than the suspension the only major changes are regards personal setups. I’m a tall rider at 1.91m so I use a higher seat, rise the handlebar clamps and run a 998 bend. The titanium foot pegs are also set lower too.”

“Other details include removing the kickstart and running a lighter battery to save weight, a solid rear disc plus some cooling modifications on the rear calliper prevent it overheating on the longer tests.” 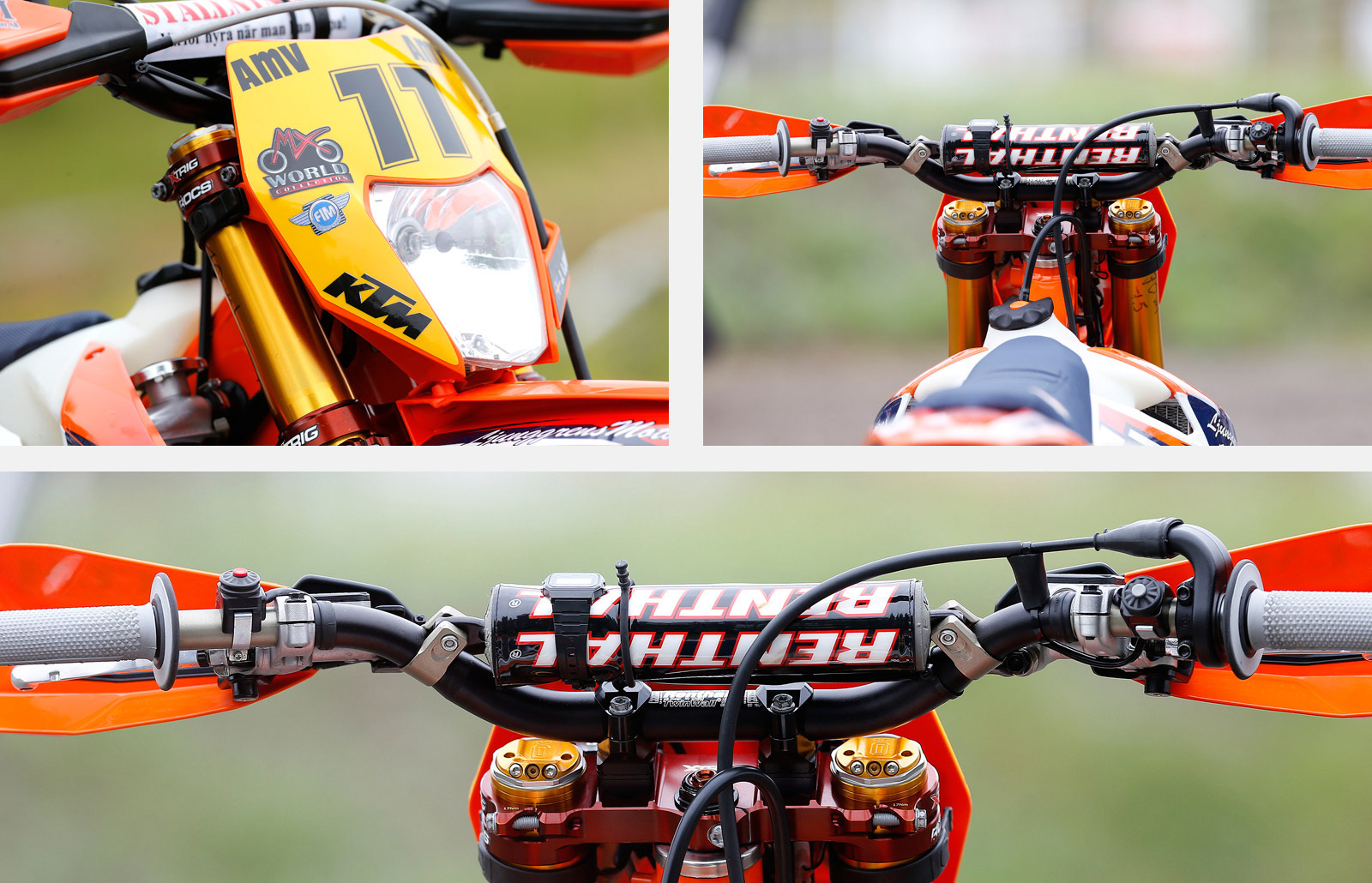