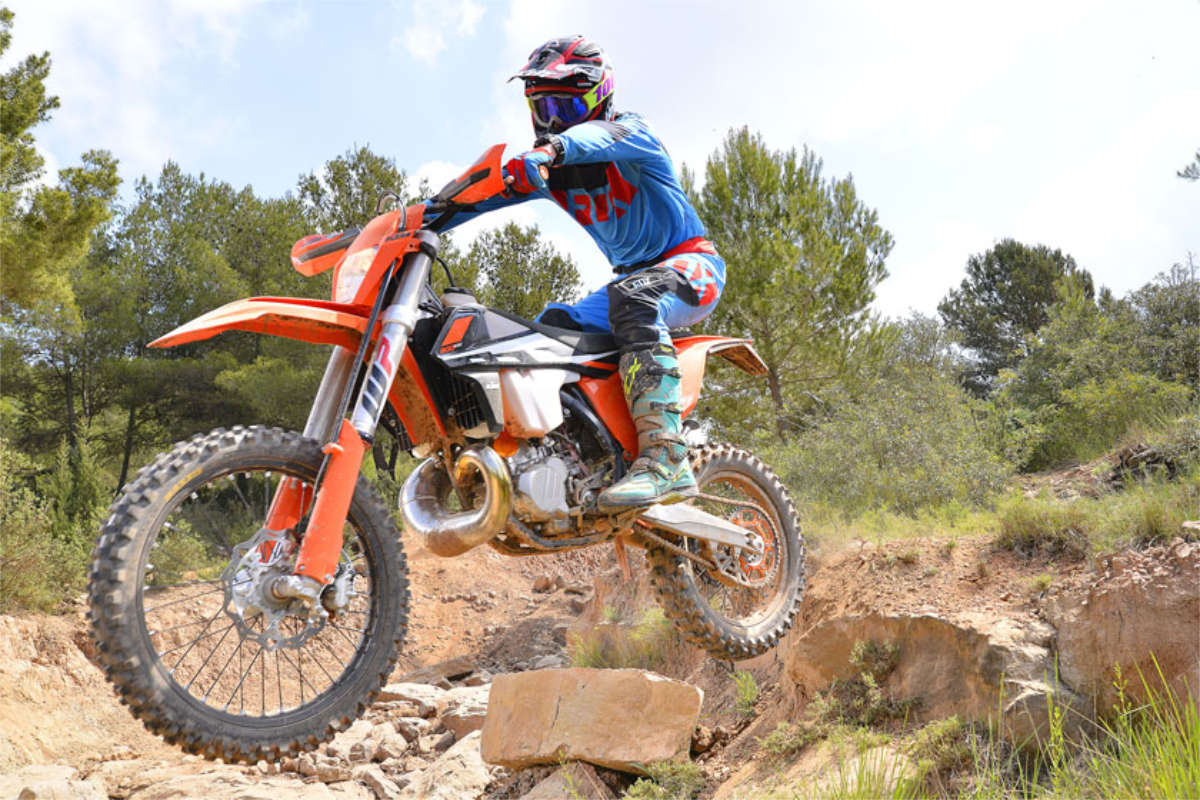 1. The 500 EXC-F will become the biggest seller 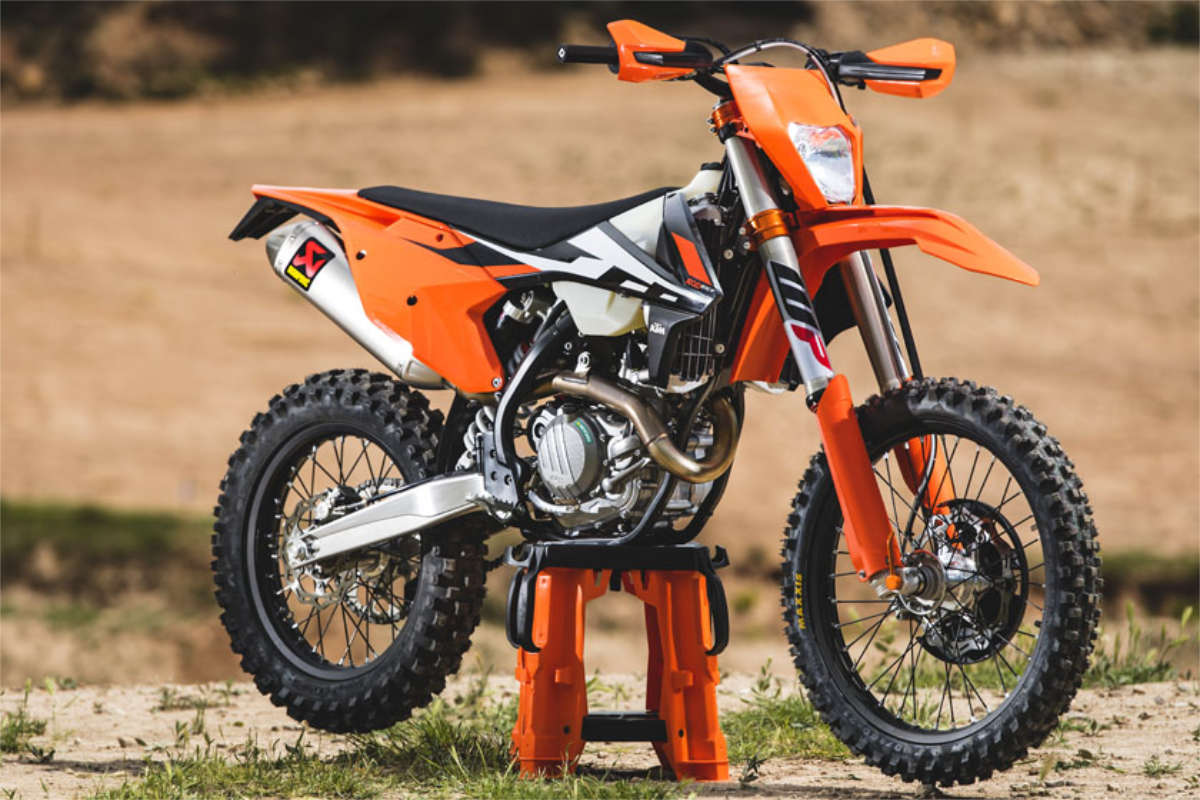 The all-conquering 350 EXC-F is currently KTM’s biggest selling off-road model but the Austrian firm predicts the 500 will become king with these new models, driven by sales in the States and Australia. Partly the 350 bubble is bursting but also new chassis’, lighter bikes and improved electronics controlling huge power will make the 500 more appealing and, importantly, more rideable. In Europe the 350 EXC-F and 300 EXC still lead the way. 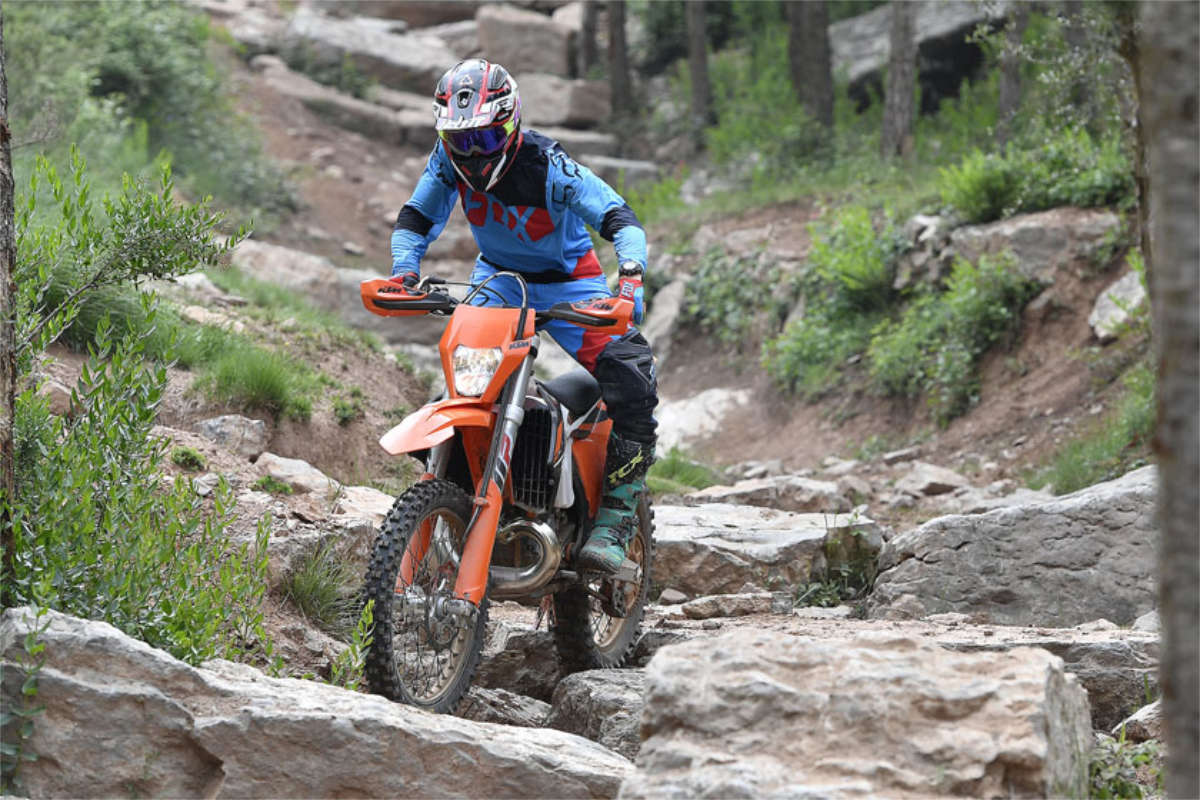 New WP suspension, PDS shock and the 200g lighter XPlor 48mm USD forks are a step up over previous models. For certain it depends on your build, how and where you ride and what bike you’re on but the performance and range of the new suspension fits the KTM mantra, ‘ready to race.’ The overall lighter and more controllable chassis gives the forks and shock an easier time of it.

3. Still the most comprehensive range of any manufacturer 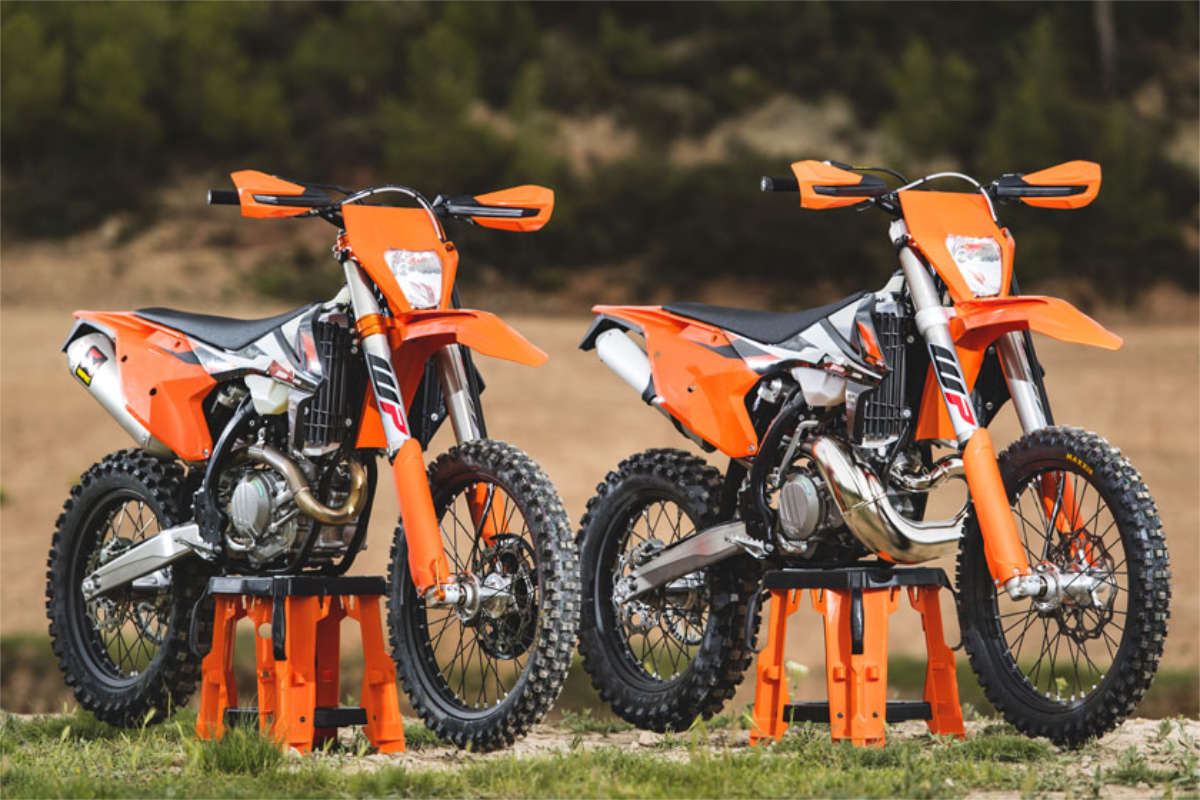 All bases are covered and from 125 to 500 the whole range has seen serious R&D. This despite so much effort from KTM on its road bike range and now, in terms of race department and development time/money, the MotoGP project. We don’t think it has diluted the core of KTMs output in enduro one little bit. Thankfully.

4. It’s the end of two-strokes

To circumnavigate tighter EU regulations the 125 and 150 models are sold as closed circuit racing, non-homologated models only for 2017. In some parts of the world this presents a problem if you want to ride the smaller capacity bikes on the road – it depends on the laws in your country.

5. It’s not the end of two-strokes

Tougher EU4 and EU5 regulations could have signaled the end of the two-stroke, as many thought it was when the news came across there was no 200 for 2017 and the 125 and 150 EXCs were not homologated. But the truth is KTM has invested heavily in the development of the 2T engine and their woods bikes as a whole – they’re ready and waiting for a fuel injected future. 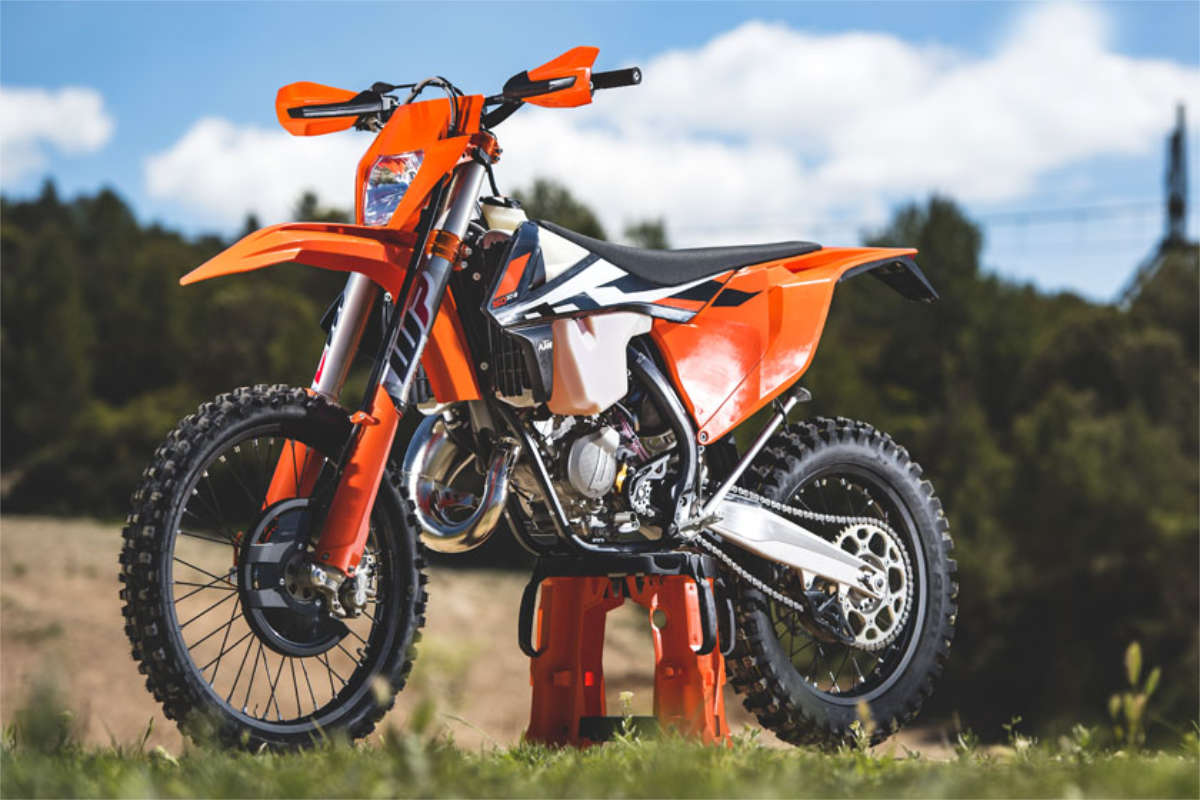 KTM Power Parts used to be the upgrades you might have hankered after if you wanted to personalize or upgrade your bike. For 2017 more and more parts are necessary to make the bikes work at their best in standard form. For example the 150 EXC has a starter motor but if you want one on your 125 you’ll have to pay extra. Similarly, the mapping/traction control switch on the four strokes is an extra. 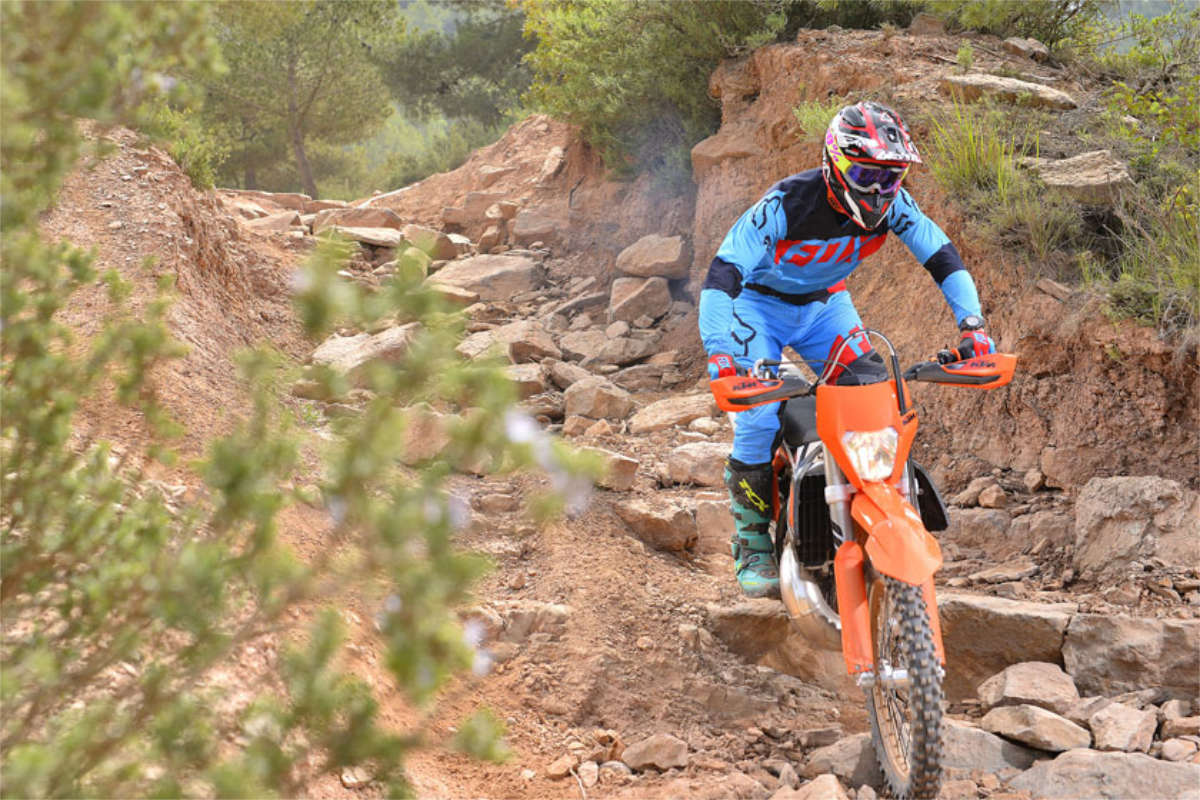 Tiny beasts with ever decreasing engines sizes (take a look at the new 125 engine and you can’t fail to be impressed by its engineering-defying proportions) are the domain of Juniors and older riders who simply love the buzzing two-stroke. The 200 was always a link bike to a degree but it’s gone – a victim of EU regulations. Also, more power is being eeked out of the 150.

What does it mean? Designing and building a bike with as much of the mass centered around the ‘ideal’ spot as possible to aid steering, handling and rider control. On an enduro bike that is just above the gearbox at the back of the cylinder head. The difference is most noticeable on the tiny 125 an 150 2T engines, which are now clearly moved up and back a bit to hit this sweet spot.

Combined with traction control and switchable engine mapping, plus improved suspension and chassis’ it means it’s making the bigger bikes easier to handle. Bringing them closer to your average Joe. Traditionally the 300 2T and 450 4T, not to mention the 62hp 500EXC-F, are getting easier to ride. The knock-on effect on the smaller bikes is positive too – they are turning into toys, play things which laugh in the face of technical terrain.

9. What’s the perfect bike in the new range? 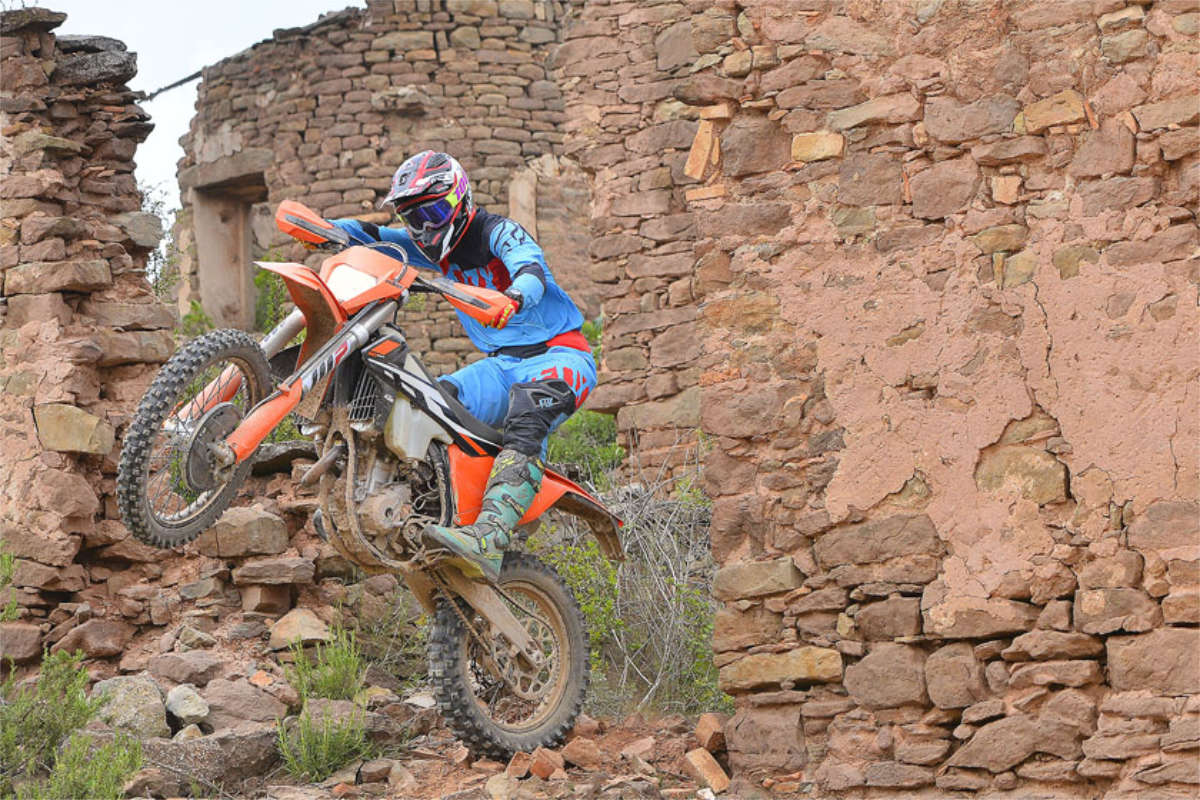 Depends whether you’re a 2T or 4T fan but the 250 EXC-F caught us. Sure, an easier to ride 500 is good news, and a lighter, more powerful 150EXC with an electric start is always welcome. Improved all-round with less weight and more power, the 250EXC-F is the perfect piggy in the middle, a blend of lightweight and exciting power pitches the bike right where you want it – the sweet spot.

The new EXC range looks good and still has the trademark steel frame and largely orange bodywork to mark them out as distinctly KTM. The new bodywork borrows heavily from the MX range but with distinct development for enduro – hand grabs in the rear fender, easily detachable front light, single-handed removal of the air filter.