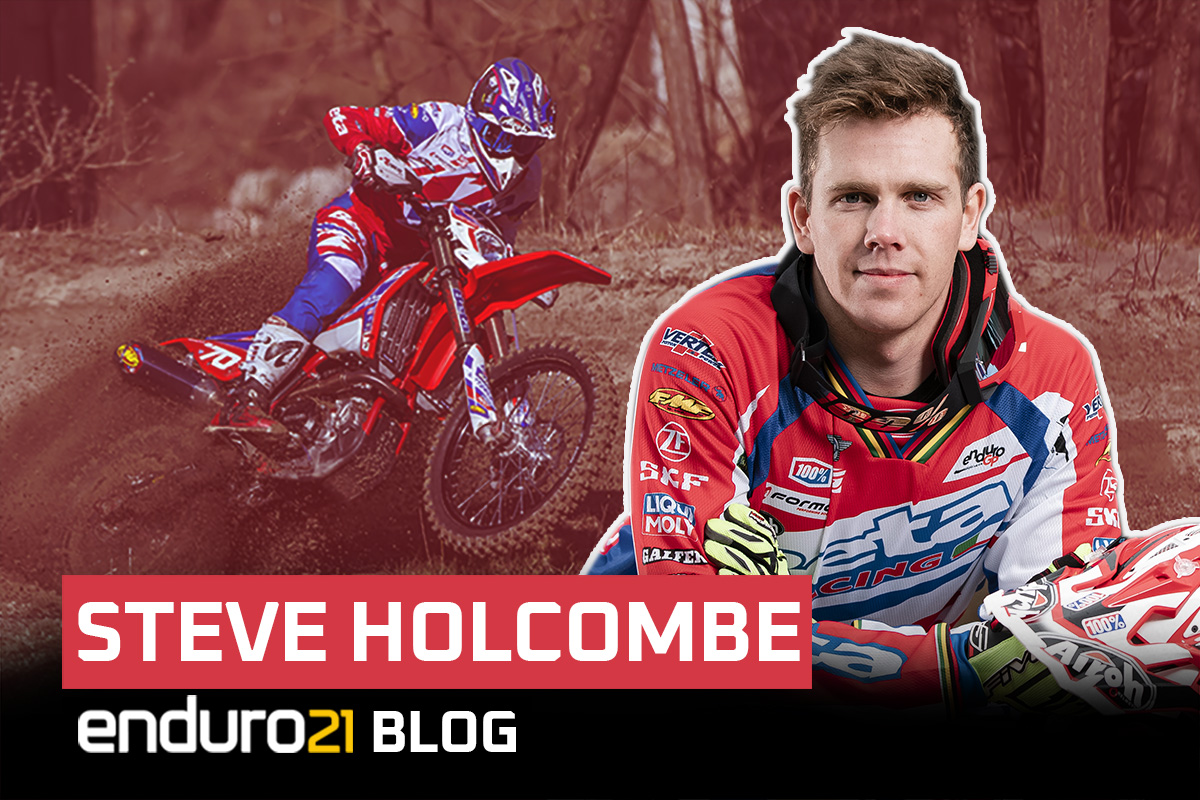 Home from his Australia holidays, Steve is at the Beta HQ in Italy clocking up the test laps as he masters the art of dialling in a four-stroke for the first time…

My January break in Australia was amazing. After a couple of trips to New Zealand over the years, venturing to Australia proved to be an awesome decision. Mixing it up with plenty of bike riding as well as being a tourist was a lot of fun - it turned out to be an awesome way to kick those January blues into touch.

After a couple of coaching days, my better half Kyra flew out to meet me and we did a whole bunch of sightseeing. I clocked up over 250 miles touring Fraser Island on enduro bikes. Kyra rode too and it was a really cool experience getting to cruise the sandy beaches as we did.

We also checked out Australia Zoo and sank a few beers on Australia Day. I loved every minute of it and can’t thank Jemma Wilson and her husband Jon enough for their hospitality. We’ve offered them a chilly fortnight in Devon next year, but I’m not sure it’s got the same appeal as Oz.

Hiding out in Italy

As I write this month’s column, I’m in Italy - arguably the least enviable country in Europe right now thanks to this Coronavirus.

It seems to have hit hard and fast since breaking out of China. Italy has been making headlines for its rise in suspected cases.

Unfortunately, we had the cancellation of the Italian Enduro Championship opener, a direct effect of Coronavirus taking hold. Thankfully, remaining based at the Beta team race shop is out of any quarantine zones and life rumbles along fairly normally once you avoid the media headlines. Fingers crossed it remains that way.

Learning how to dial in the 350F

For definite I’ve settled on the 350cc four-banger for 2020 and the focus right now is getting it dialled in for EnduroGP. We’re about seven weeks out from round one in Portugal and progress is going well if not a little bit more complicated than I initially anticipated.

After so many years on a 300 two-stroke there is a bit more work to get settled into life on a four-stroke, but I’m enjoying the process and the fresh challenge.

One of the big motivating factors for me to ride the 350 was embracing a new challenge like this and it feels exciting and fun to go to the test tracks each day and piece the puzzle together.

As things stand, we’ve pretty much settled on how we want the engine to work. There’s a lot more options to go over with a four-stroke compared to a 300 two-stroke.

You can really pull the characteristics any which way you like. But I’ve got a solid base setting that is working really well across the board.

Getting the suspension sorted

The suspension is something that’s taking longer to get right. However, now that we’ve settled on the engine, we can fine tune the way I like the dampers.

What I’m finding with the process is that you need to be much more specific with a four-stroke. Tweaking one thing usually affects another and so finding that balance point is key.

After so many years on a 300 two-stroke there is a bit more work to get settled into life on a four-stroke, but I’m enjoying the process and the fresh challenge.

While it would have been nice to knock off some race rust, in hindsight having the Italian champs cancelled is a bit of a blessing. It freed up another week of testing and we were able to make big strides.

I was also able to use it as an extra training week and not lose days due to racing. While racing is what I live for, at this time of year - when you’re building towards EnduroGP - it can get in the way.

With special tests to walk, racing to do and recovery to consider, you tend to lose a week’s worth of preparation. It’s catch 22, really.

Testing is flowing well, and training is in full swing. With another four weeks planned in Italy, it’ll soon be time to head home to the UK for a few days before loading up for the series’ opener in Portugal.