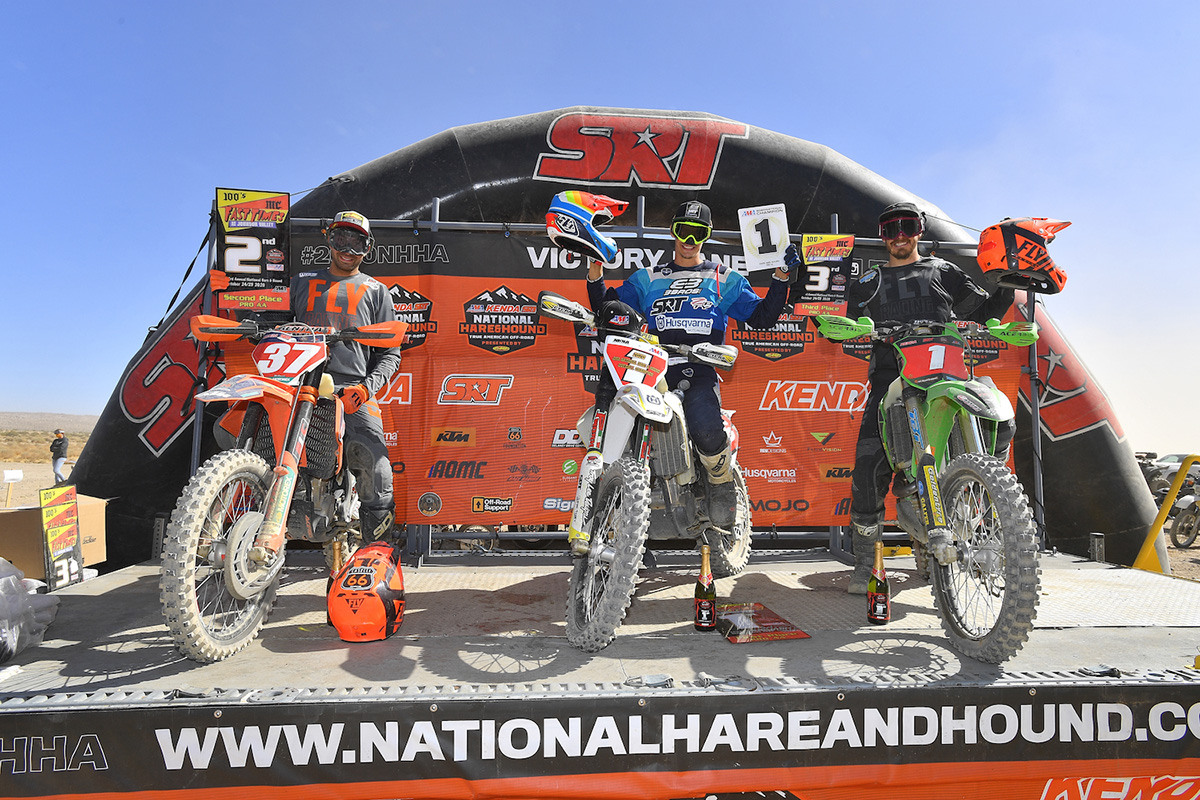 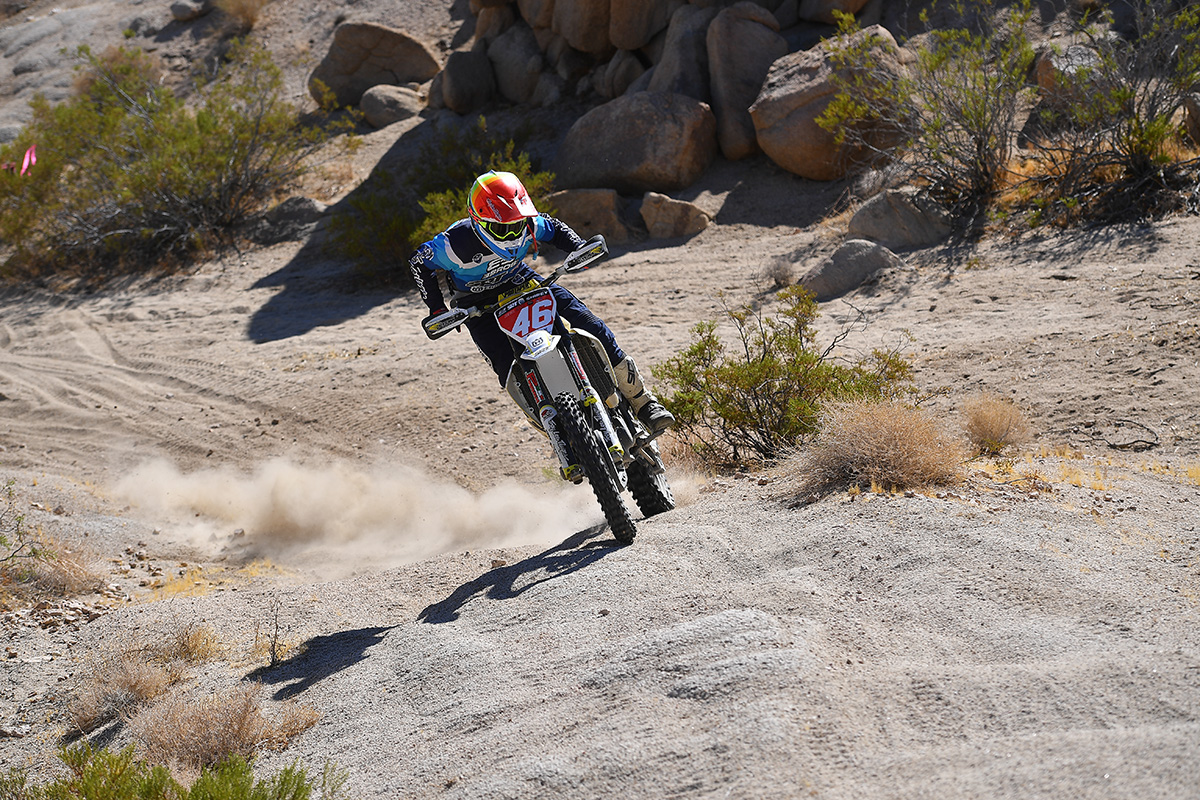 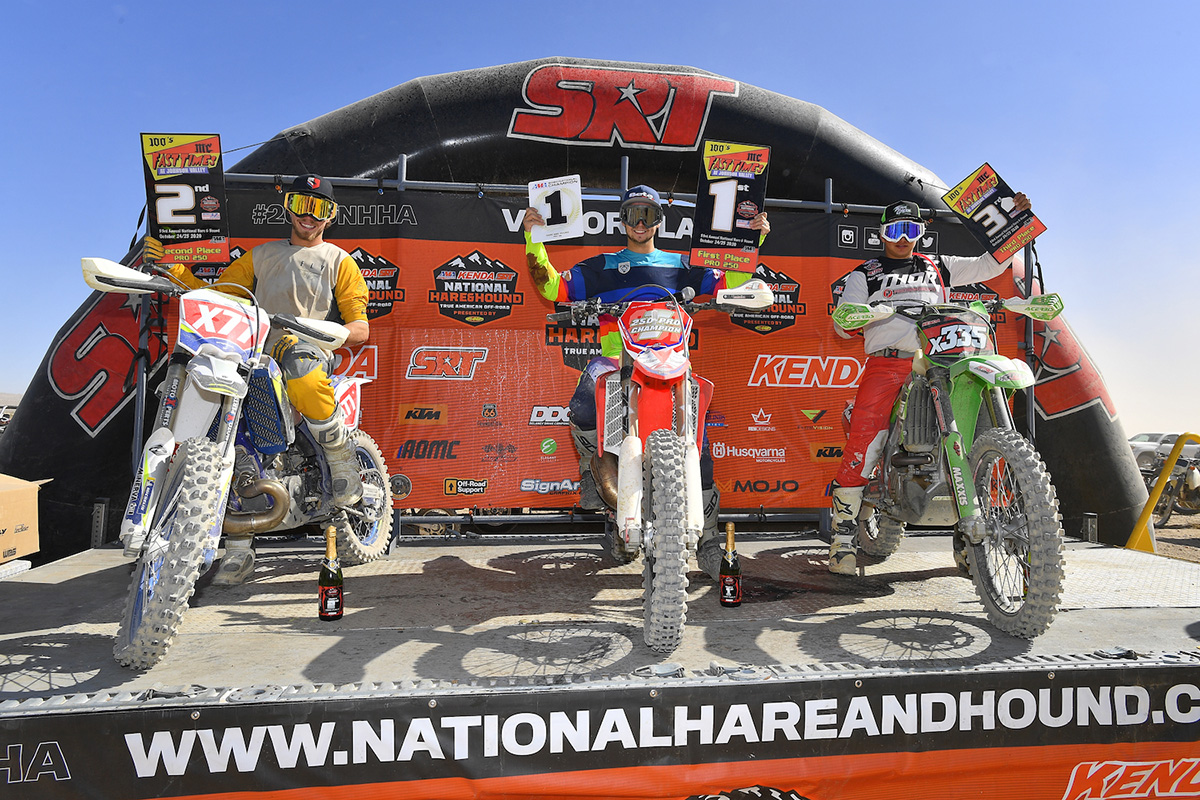 The hotly contested 2020 Kenda SRT AMA National Hare and Hound Championship came down to the wire at Soggy Dry Lakebed in Lucerne Valley with Dalton Shirey winning on a tie-break after an epic final race.

The 80-mile course in the southern California desert saw a full weekend’s racing with the Pro races headlining on Sunday morning, lining up on the FMF Power Bomb Run Start Line. When the Pro row lit their engines and attacked the bomb run it was 3BROS Husqvarna rider Dalton Shirey and Offroad Support's Jacob Argubright heading the way.

Argubright picked up a more direct track and took the lead but within two miles Shirey regained the lead position on Argubright with Factory Beta's Chance Fullerton behind.

On Loop 2, Argubright quickly made the pass on Fullerton before Kamo moved ahead two positions into third. With a first ever championship on the line, Kamo laid the hammer down and knocked down the gap between Argubright to make the pass into second. With just miles to go, Kamo closed up the gap between he and Shirey to just 14 seconds before the checkers flew. Kamo's blistering pace was faster than any other rider on Loop 2, completing the loop in just 1:00.08s. 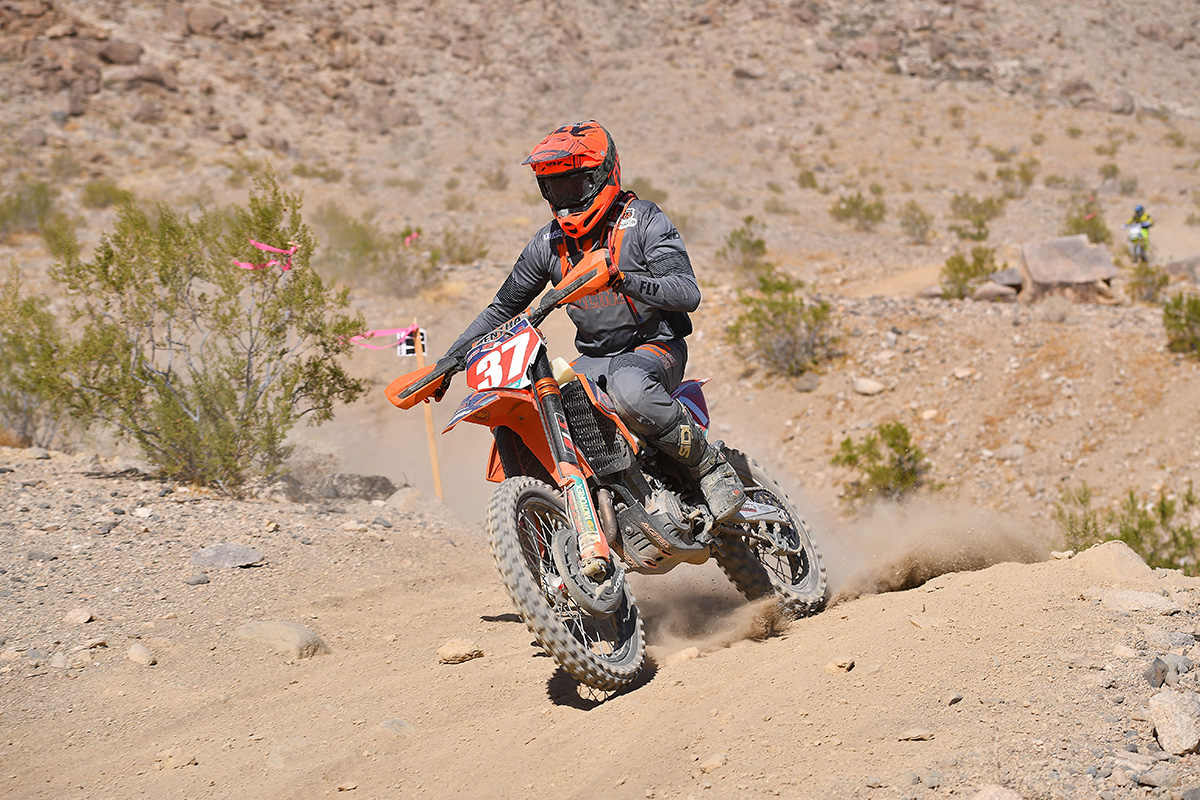 With Shirey and Kamo coming into the finish 1-2, the points were at a complete tie, and could only be broken by season accumulation of wins. Shirey's breakthrough performance this season gave him the most wins and ultimately the 2020 championship.

In the Pro 250 class, Factory Beta rider 2020 Champion Cole Conatser led class coming into the pits ahead of Arturo Salas, Corbin Eatherton, Bradley East and Ethan Jackson. However, over the next 35 miles, Eatherton found another gear to overtake Salas while East maintained his 4th position.

Conatser, Eatherton and Salas came through the finish line first through third to fill the podium. Having earned the championship one round early in Lovelock, Conatser celebrated his achievement on the podium.

With a $4000 championship bonus on the line, the Elegant Cabinetry Women's Pro class came down to the final round between Colorado's Britney Gallegos and Utah rider Rachel Stout. On Loop one, Stout made her way through the terrain and into the lead position as the class came through the Mika Metal Pits, followed by Factory Beta's Morgan Tanke and Gallegos just two minutes behind.

With another 35-miles to go, Tanke (who had just competed at the first two round of Endurocross in the days before), dropped the hammer and forged ahead. Meanwhile, Stout who was in second place found herself with a compromising challenge after having gotten stuck just slightly off trail. Coming across her peer, Gallegos stopped to help Stout, a commendable move and admirable display of pure sportsmanship. The two continued racing, with Stout taking second and Gallegos third. Gallegos' finish was all that was needed to capture her first-ever Pro Women's championship title; a long time dream now turned reality. 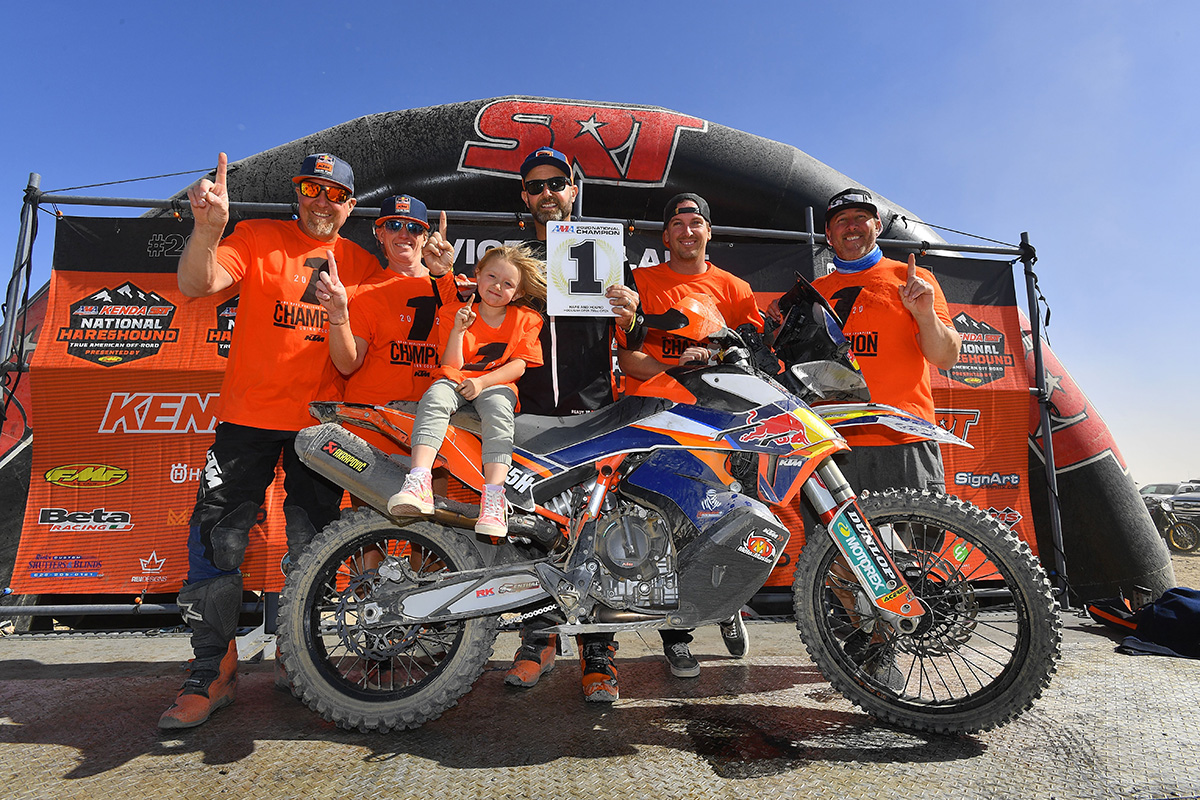 The growing Hooligan Open class presented by Scrambler Ducati attracted new talent to the final round of the four round series. Off the start, Quinn Cody grabbed the jump as he and Scrambler Ducati's Jordan Graham raced to the end of the bomb. Cody grabbed the lead with Graham just behind and the field of Hooligans raced onto Loop 1. Over the next 40-miles, Cody maintained his lead position just ahead of Graham, until Graham encountered an issue that would end his day. This left the door open for Wes Van Nieuwenhuise to advance with Scott Myers, Mikey Hill, Ken Durr, Jake Pope and Andris Lagzdins in tow. As the checkers flew for the Hooligans, Cody too the win and 2020 championship, ahead of VanNieuwenhuise and Myers for a full KTM podium sweep.