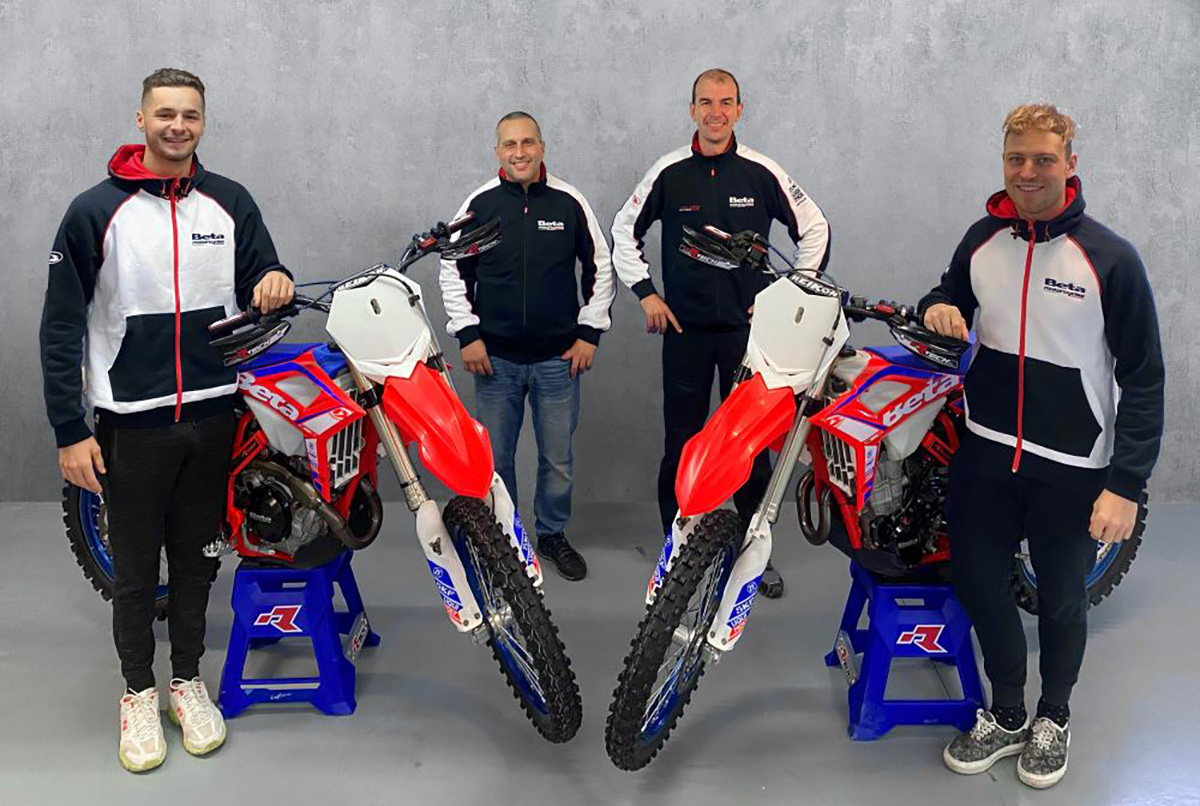 Beta Motor has officially announced they will expand into motocross and the MXGP World Championship with the SDM CORSE Team in 2021.

Italian manufacturer Beta, traditionally associated with Enduro and Trials where they have collected multiple World Championship titles in the last 40 years, will expand into the motocross “universe” this season.

The Florentine factory has traditionally stuck to its roots of trials and enduro but will finally make what they call the “important step in the history of the company” during 2021 and expand into motocross.

Racing has always been at the heart of the Florentine company so it is no surprise to see they have made the jump into racing first ahead of any potential MX production models – though surely that will now follow.

The team taking up the challenge for Beta is the Italian SDM CORSE Team, a well-established international squad familiar to the MXGP paddock (previously with Yamaha) and with incredibly experienced Belgian rider Jeremy Van Horebeek headlining the rider line-up. Frenchman Jimmy Clochet will join Van Horebeek in the two rider squad set to race the Italian and World Championship.