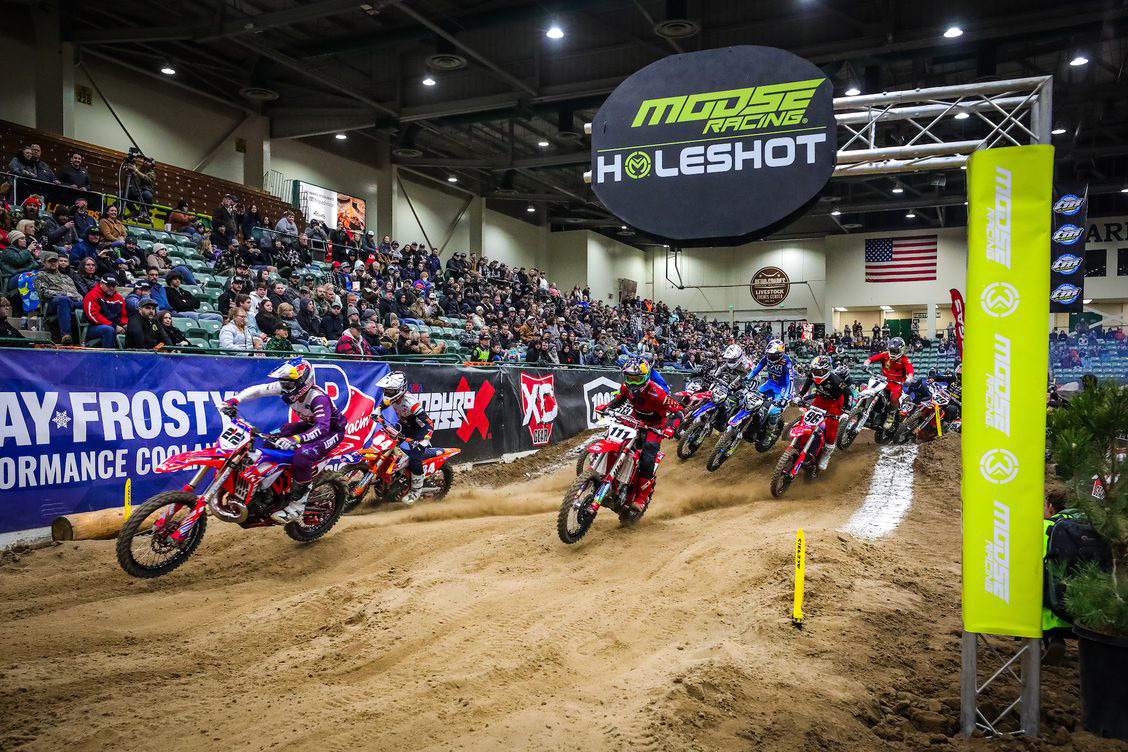 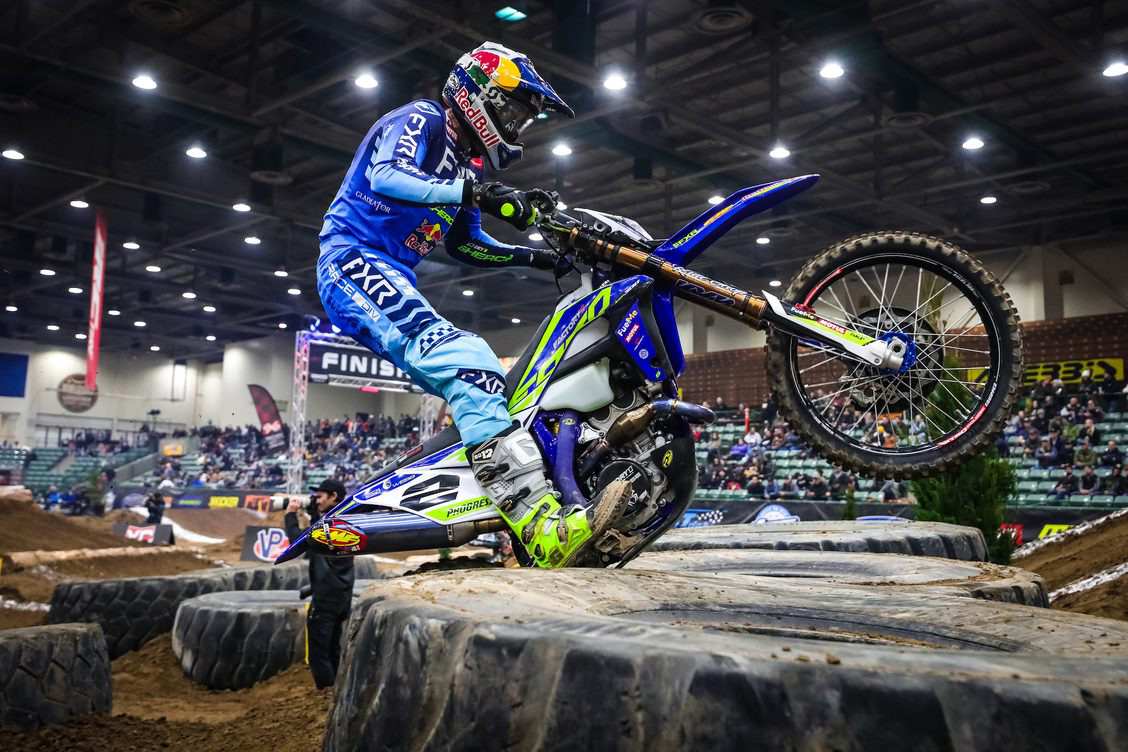 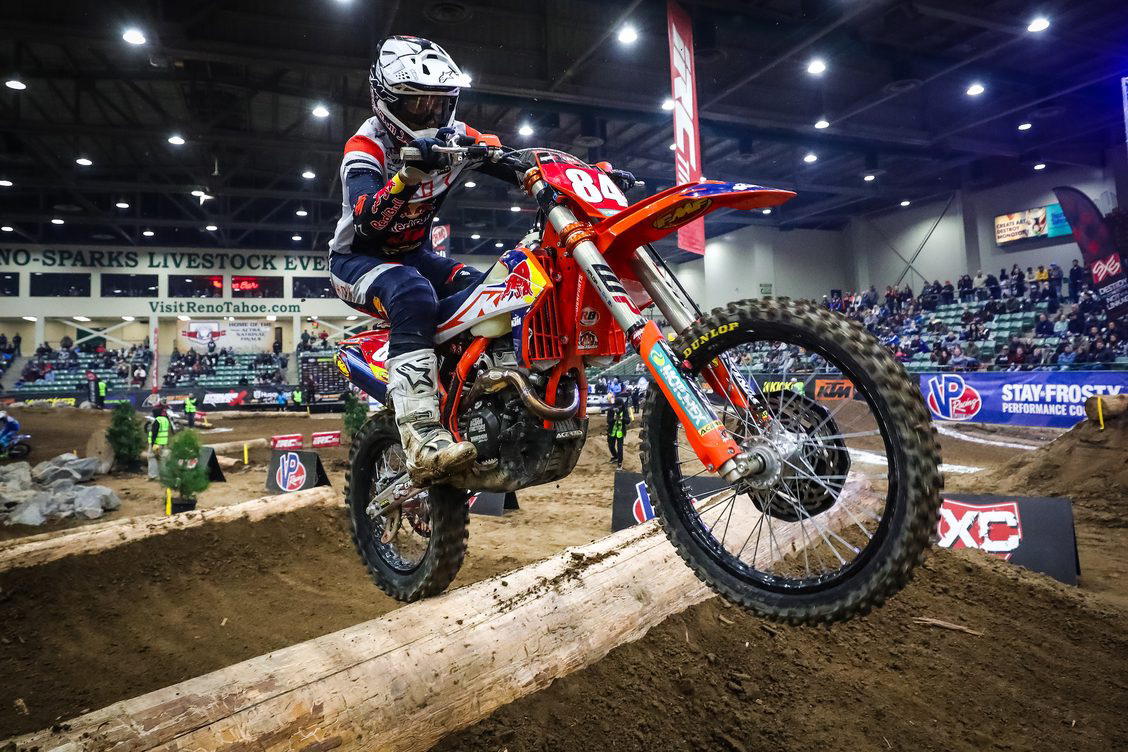 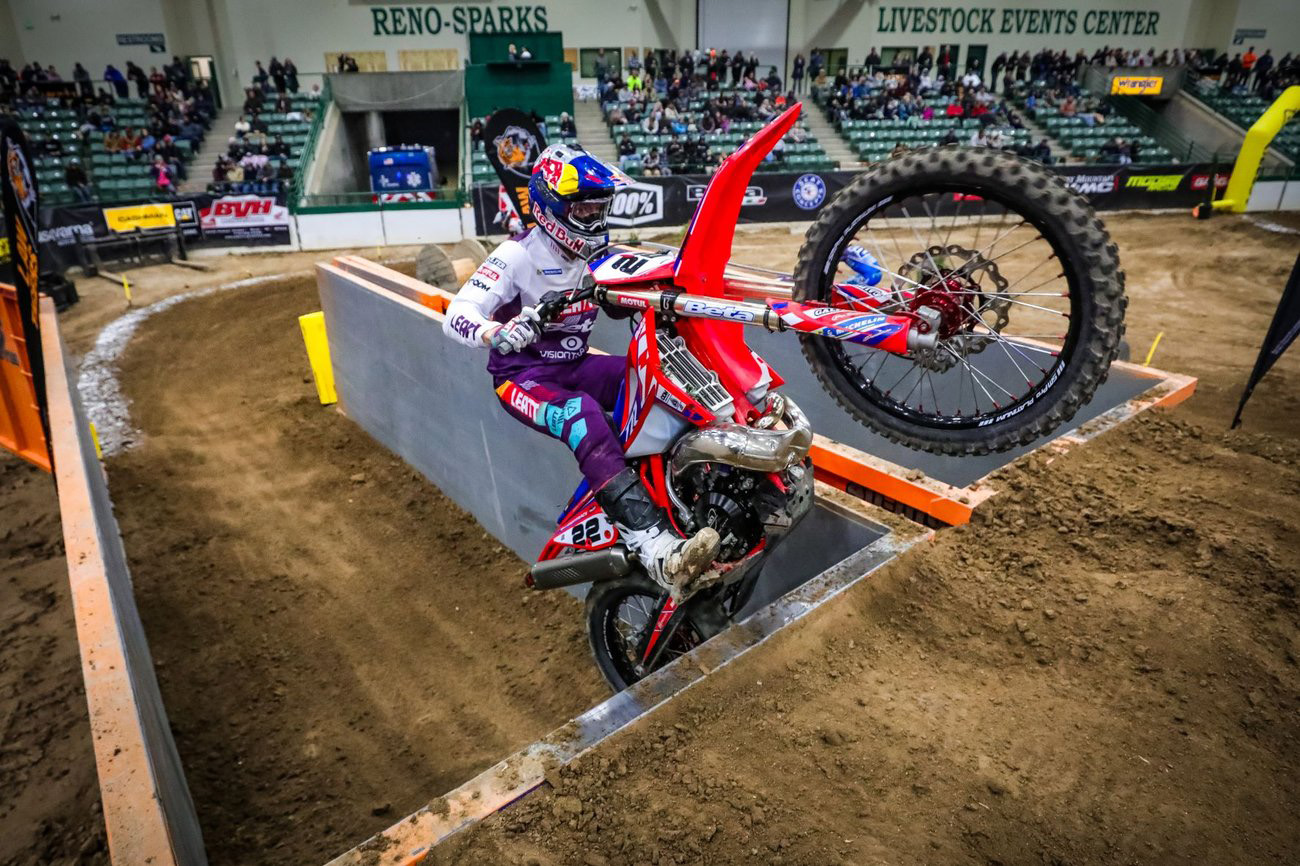 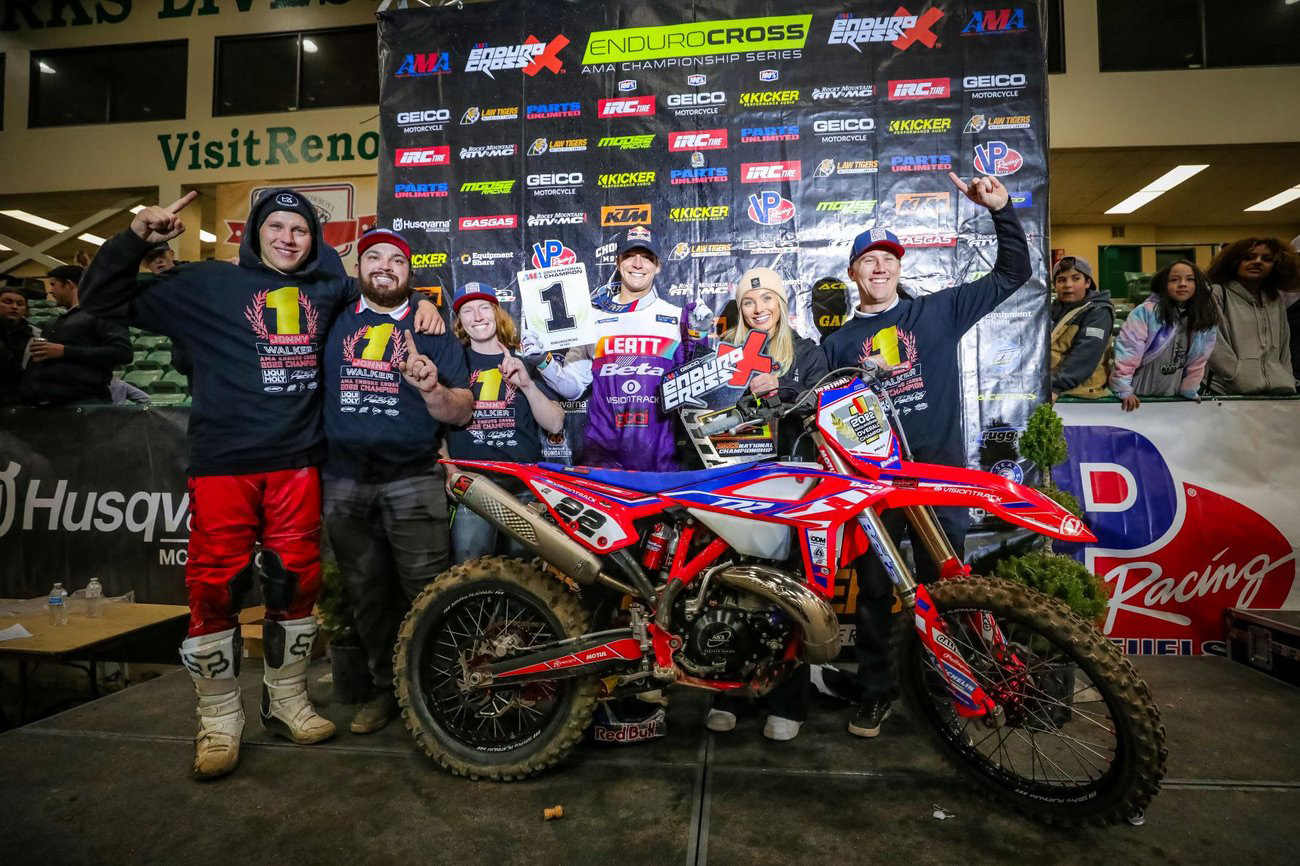 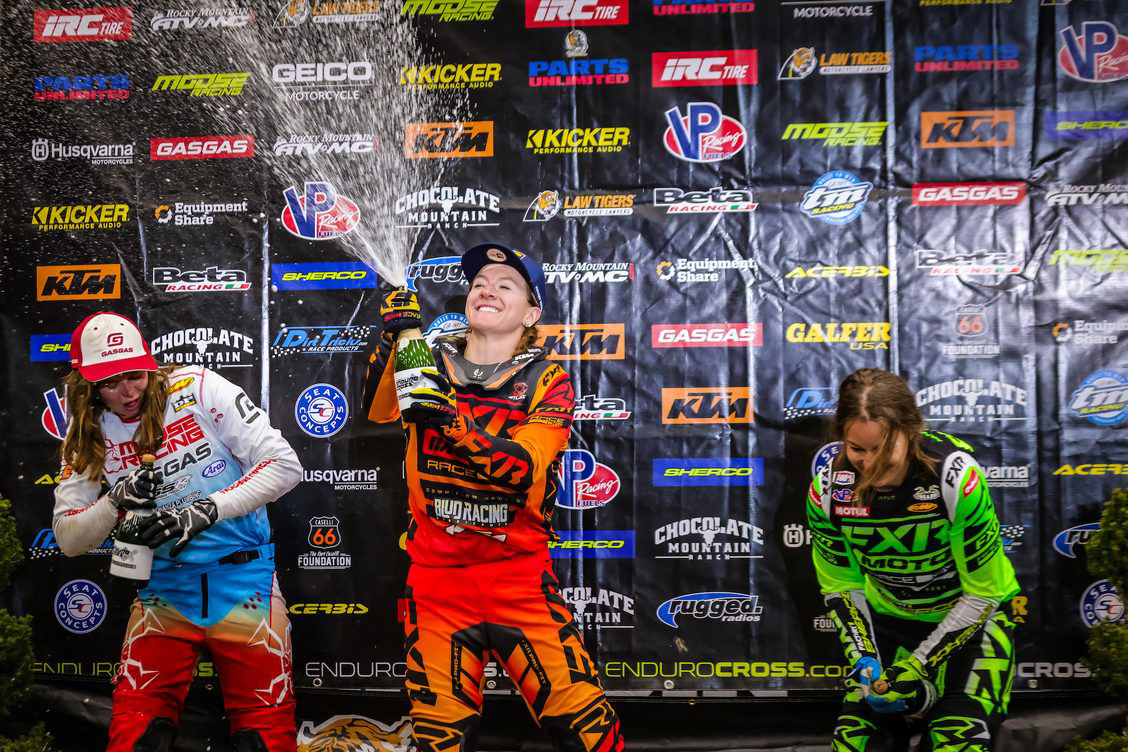 Jonny Walker beats North America’s best to claim the 2022 AMA EnduroCross championship title in Reno after a close battle with Trystan Hart – Cody Webb wins the night and takes third overall in “the best racing season EnduroCross has ever seen”.

The GEICO AMA EnduroCross Championship Series visited Reno, Nevada for the final championship round of the 2022 series, a championship which boiled down to the final moto in a thriller between Jonny Walker and Trystan Hart.

Hart took two moto wins on the night but ultimately his first moto finish of sixth hurt him as Walker went 3-2-2, landing him second overall and one place ahead of the his rival for the championship.

Cody Webb took the top spot on the podium for this final round with a 1-3-3 scorecard which delivered the overall series third place over Taddy Blazusiak, who finished sixth on the night and fourth in the series.

To kickstart round six, the outgoing champion Colton Haaker set the fastest hot-lap time to set the gate order for the first of three motos with a time of 59.768. Webb had the second-fastest time of 1:00.194 with Blazusiak third on 1:02.050 the battling champions elect Hart and Walker fourth and sixth.

Haaker started off moto one strong with the Moose Holeshot and an early lead, ahead of Walker and Webb. Colton and Cody battled for the top spot for the duration of the race before, on the last lap, Webb started pushing the envelope looking for opportunities to cut inside to pass Haaker for the lead.

The aggressiveness of old was there between the two multiple champions as Webb looked for a gap and when Haaker opened the smallest of windows into the rock garden, Webb took the chance and claimed the moto one win ahead of Colton with Walker an important third, Will Riordan in fourth and Ryder Leblond in fifth.

Hart? This was ultimately the moto which decided the title fight as the KTM rider crashed in the rocks early in the race while in second place. A later crash on the logs matrix dropped him to P6 at the flag. 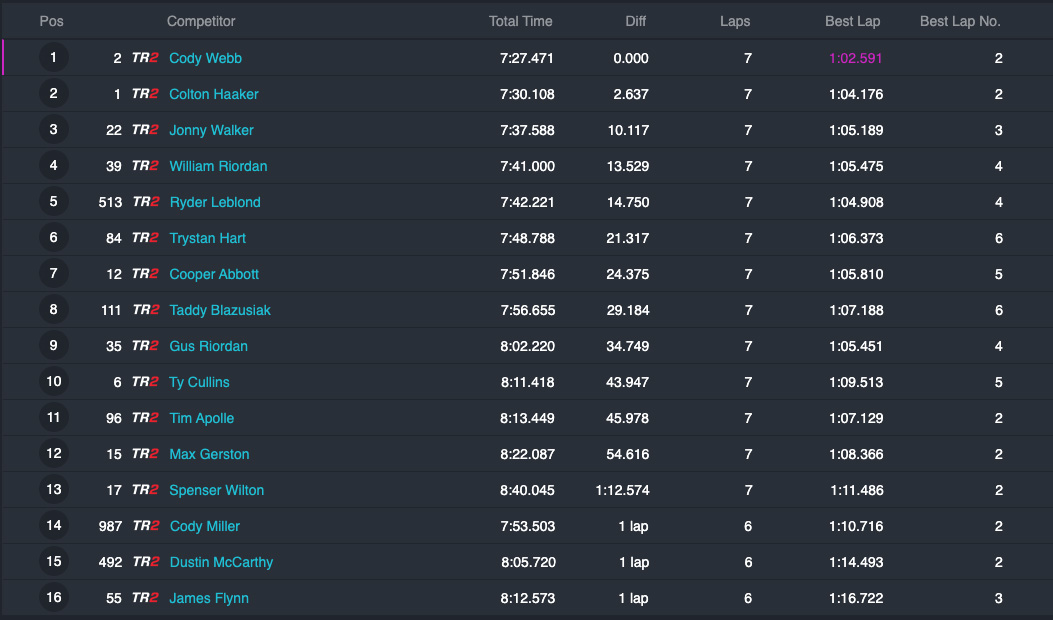 The second moto inverts the 16 riders for gate positions, placing the top eight on the second row. Tim Apolle took the early lead out of the gate ahead of Webb, Hart and Walker all making fast starts from behind.

Webb took over the lead from Apolle early on only to have it taken from him by Hart in the third lap. Walker would capitalize on Webb not soon after Hart did and move into second place in lap three as well.

Walker and Hart then spent the remainder of the race neck-and-neck for the top spot, with Walker making multiple attempts to take the lead away from Hart, getting close but ultimately Hart resisted. 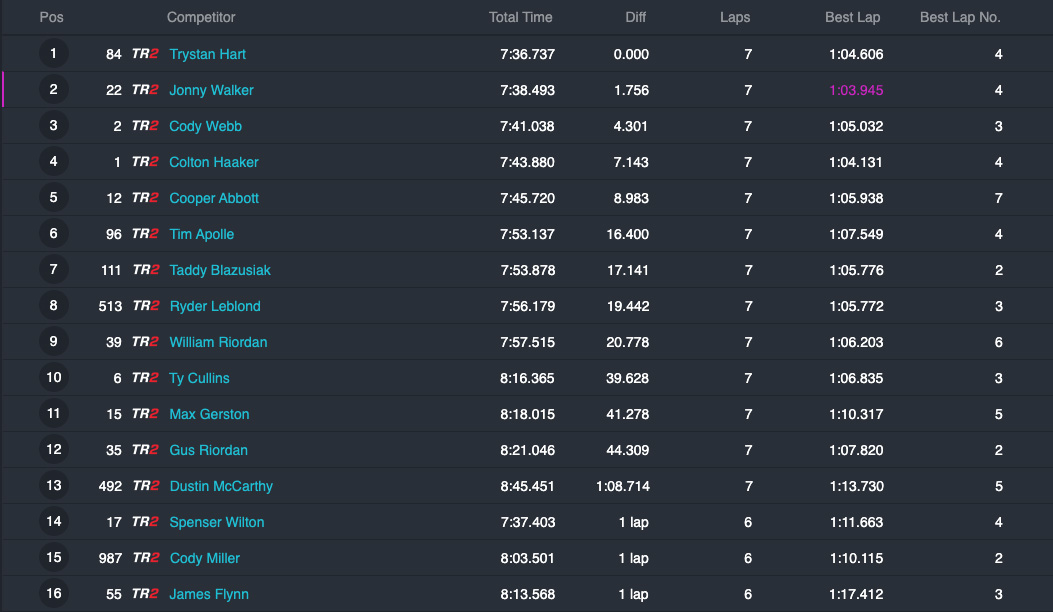 In an ending fitting to the talent and racing this season has produced, the series championship title came down to the last moto with Walker and Hart lining up for the final gate drop of the season knowing what had to be done to secure the title.

Walker showed his intent to take the lead when the gate dropped and hang on to it for the first two laps with Hart right on his heels.

Hart made the pass on lap three and rode well to make sure Walker couldn’t repeat moto two pressure but the Beta rider maintained a solid second-place spot knowing would be enough. For Hart to win the series, Webb needed to pass Walker and it was not out of the question with Cody riding aggressively all night.

But it was Walker’s turn to withstand the pressure to finish second and claim the championship title to cap off his rookie EnduroCross season. 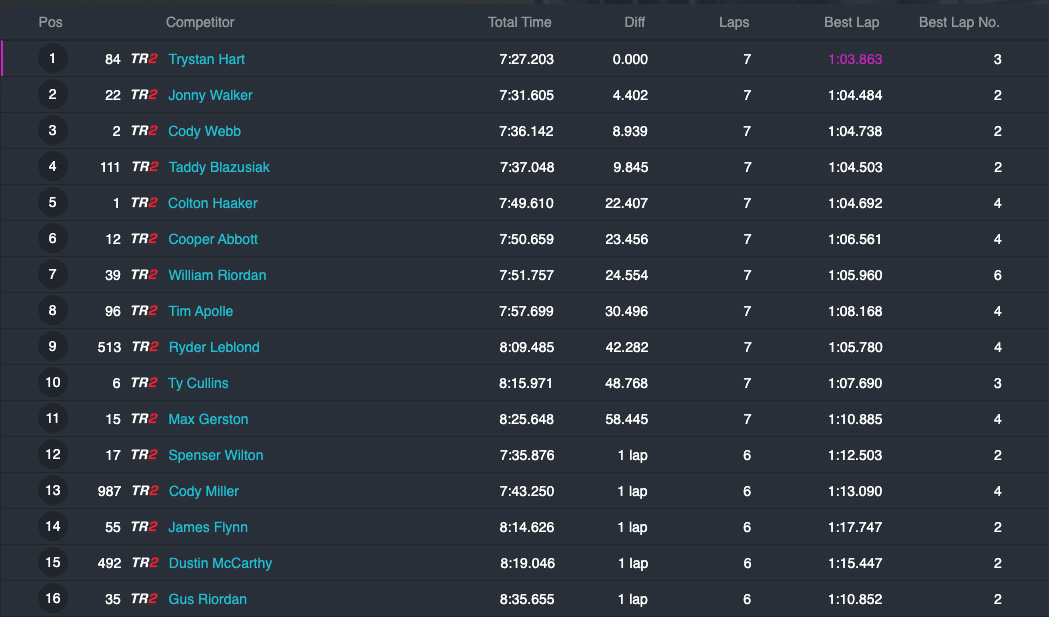 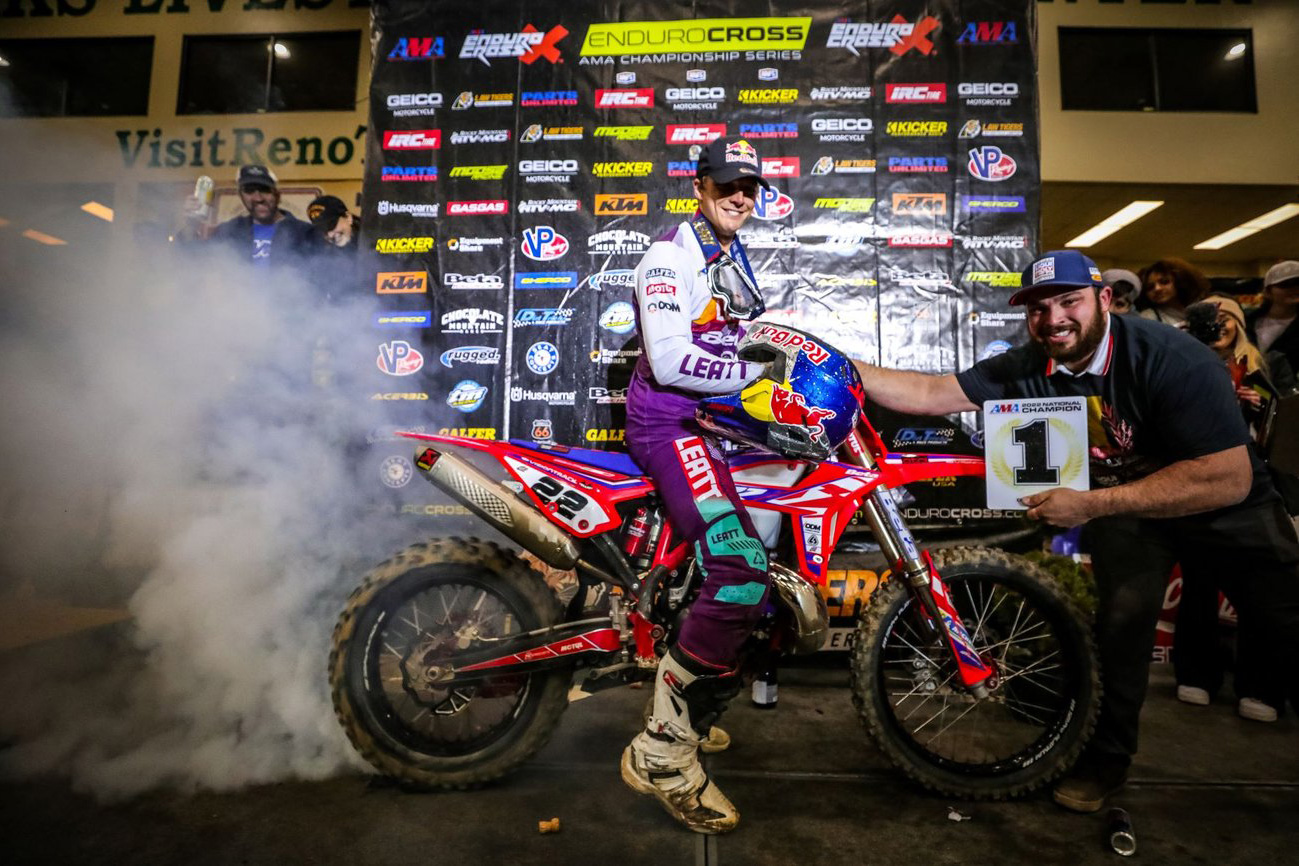 In the Women’s Pro class, Shelby Turner won the race and secured her sixth Series Championship title, the most ever in the history of the sport. It was s typically dominant performance for Shelby who claimed race wins by almost a minute’s winning margin over second placed rider.

EX results through the classes

The intermediate class main event and series overall was won by Coleman Johnson ahead of Braxton Hintze in second on the night, and overall, and Jack Williford in third for both the night and overall as well.

David Kamo won the Veterans class in Round 6 and Overall in an exciting battle with Tyler Kinkade, who finished second on the night and in the series. Ryan Gouveia would come in third in both the overall and the night’s event too.

The Novice class was won by Austin Daniels. Ray Amos came in second and Fernando Pascal in third. Amos would claim the series overall in Novice ahead of Pascal in second and Michael Taylor in third.

Jack Williford won the Junior class, which is limited to riders that are 12 to 17 years of age. Braxton Hintze came in second place ahead of Riley Bender in third. Williford would also take the Junior Series Overall title with Hintze in second and Fernando Pascal in third.