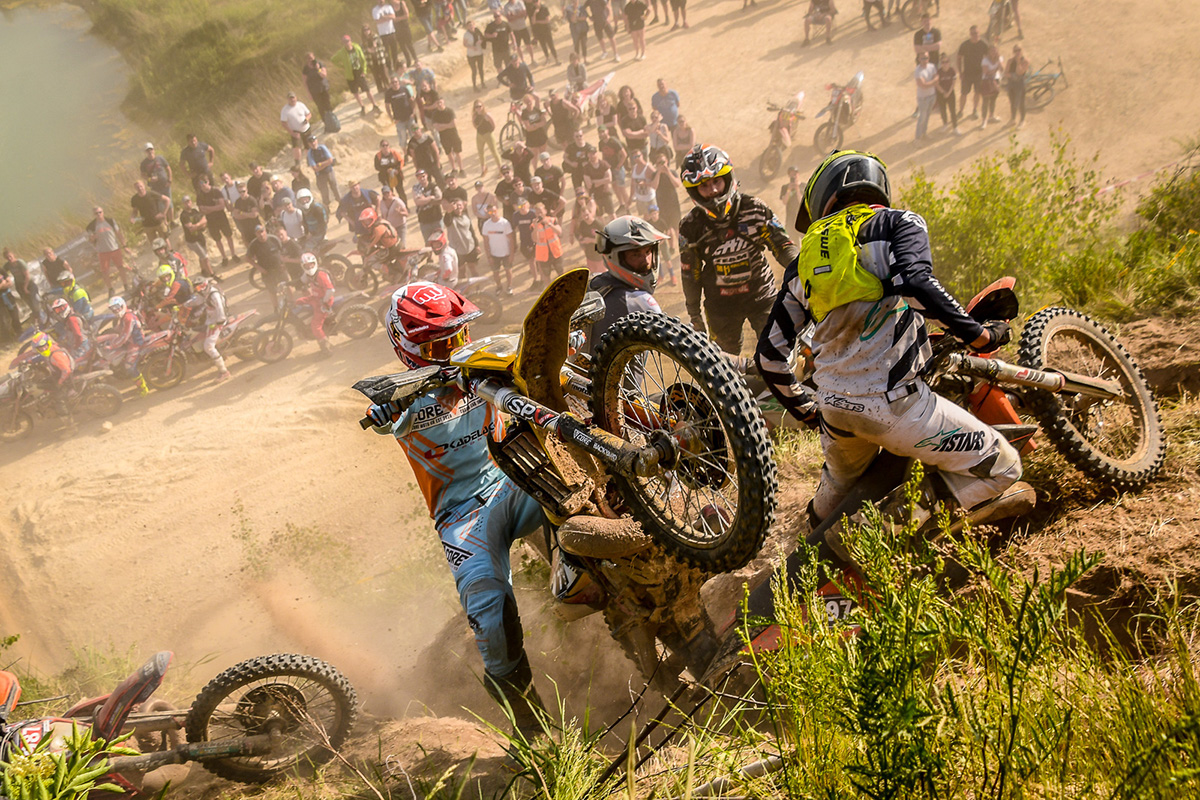 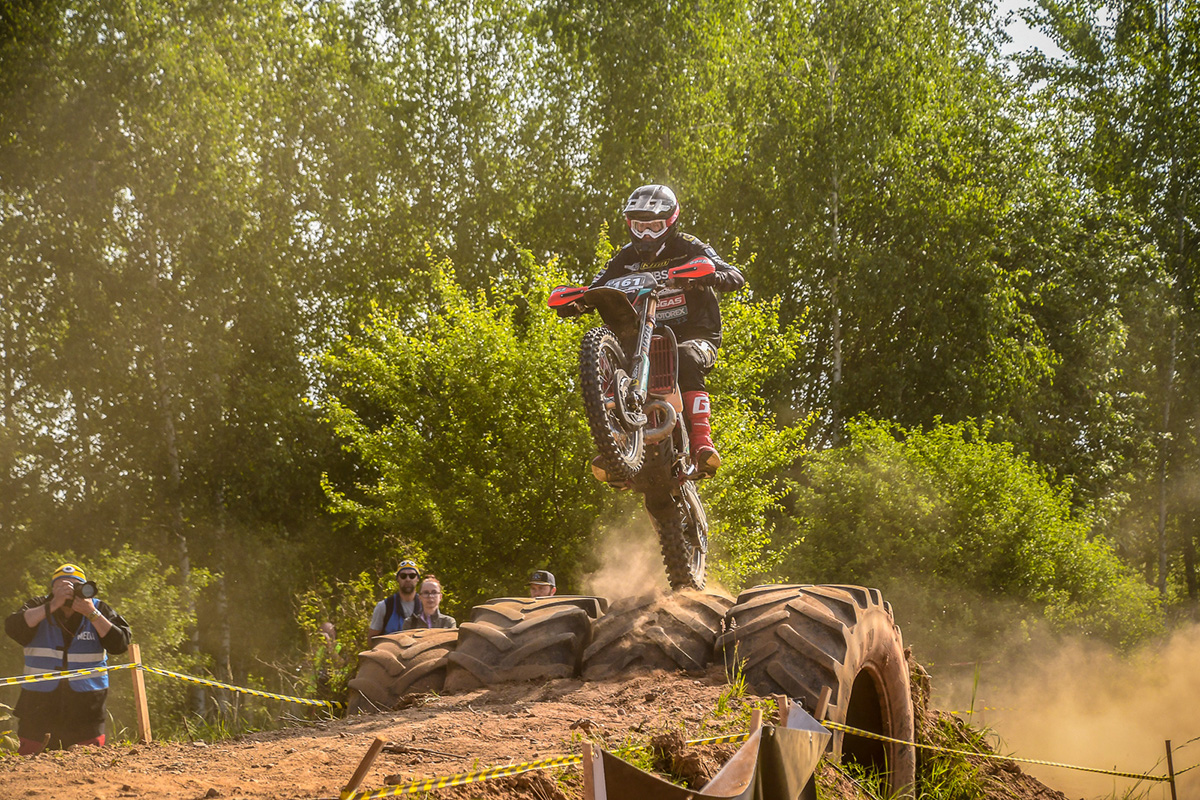 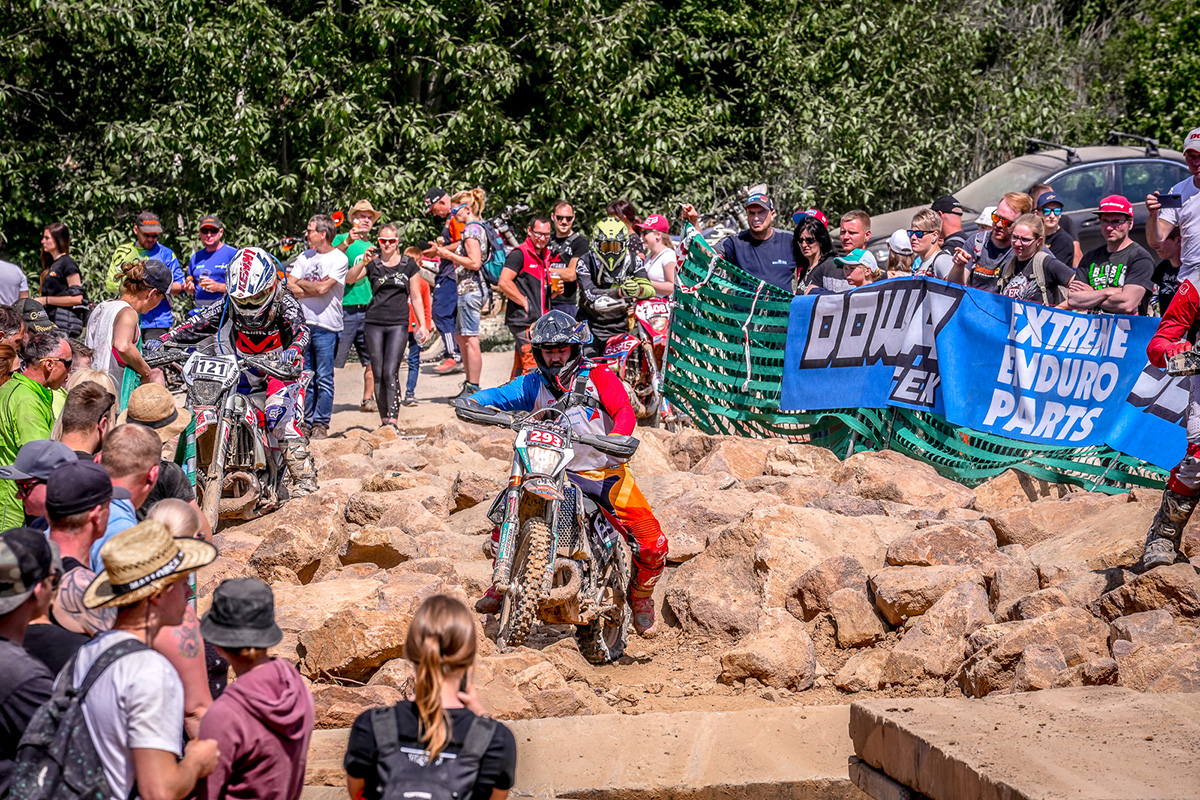 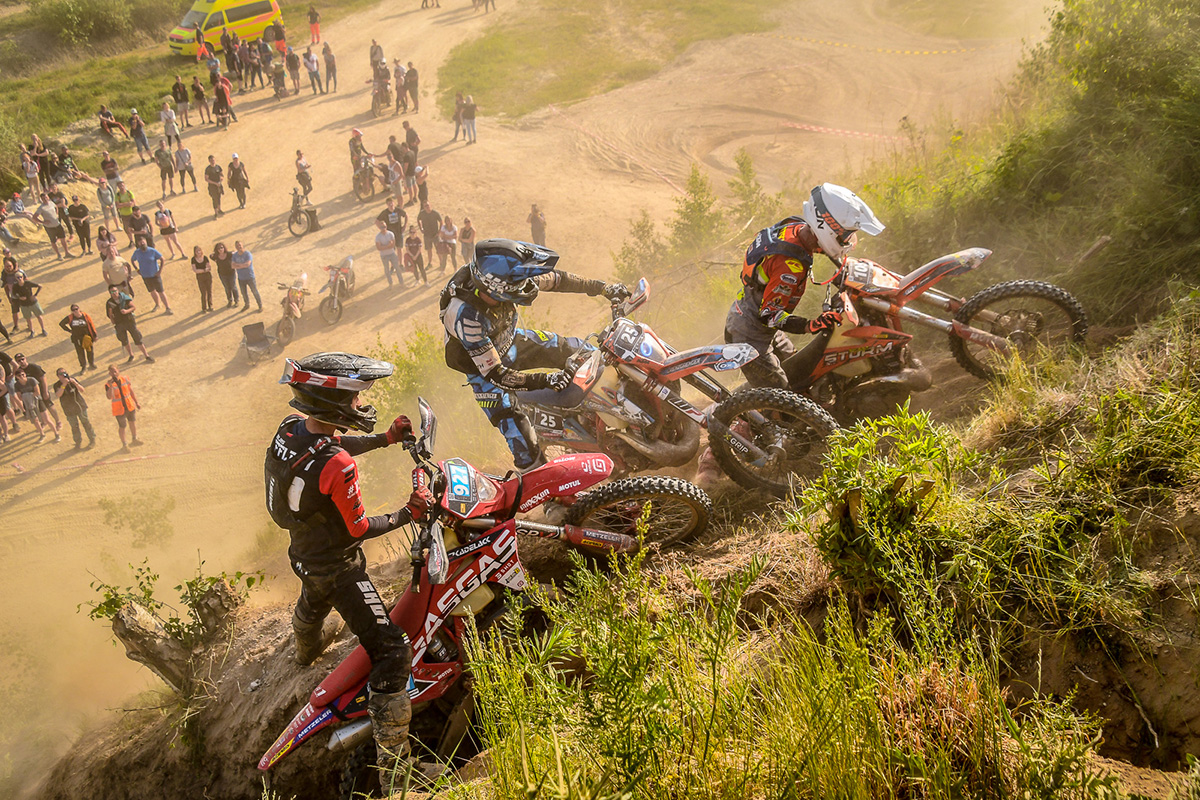 The DOWATEK Hard Enduro Series Germany season finally got underway last weekend with the Heaven or Hell Xtreme Enduro in Crimmitschau where Kevin Gallas the first victory of the season was contested in front of a large crowd.

With a spectacular Superenduro race on Saturday ahead of the Sunday main event, sweet spring weather greeted a strong line-up of riders for the long awaited first race of the HESG season on what was probably the most difficult track in the history of the series.

Just in time for the start of the Heaven or Hell Superenduro, the wind had cleared from the area for a “side show” Superenduro planned for the Saturday night.

The best 12 riders entered the final over six minutes + 1 lap via preliminary races.

Milan Schmüser was unlucky and got stuck at the first tyre obstacle at the start, which pushed him to the back of the field. He fought his way up to third place with a crazy race but out front, Leon Hentschel circled lonely in front of Marc Wulf.

Sunday morning dawned with riders facing the prologue qualification runs and the organisers facing a record number of participants at the start of a HESG prologue.

It caused organisers to tighten the schedule up and fit every rider in over a 60-minute period – it was a remarkable effort and no participant was hindered by traffic jams thanks to the staff. Leon Hentschel set the best time and took the first victory of the day.

For the first time in HESG history there was a Women’s race. The ladies were classified in Group Race 2 and duked it out in the 90-minute race ahead of the main senior race. 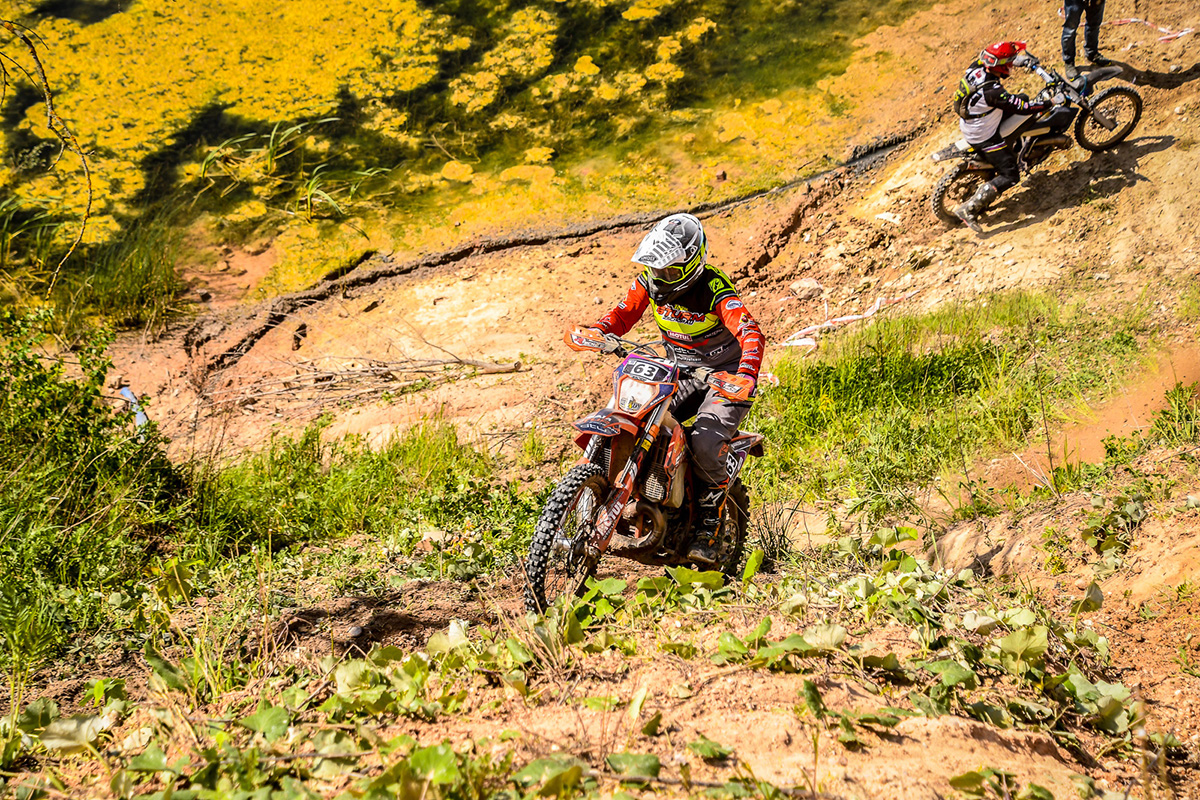 Maria Franke had already laid the foundation for victory in the Prolog Award and the former Enduro Women World Champion pulled away as the race progressed and was able to win ahead of Eva Täuber and Samantha Buhmann.

“Next level” Gallas in the final

The HET Reinsdorf club announced before the event that the course would become much more demanding in the final. This was evident immediately after the start with many new sections testing riders.

Kevin Gallas took his chance at the beginning to take the lead, the first ever champion of the Hard Enduro Series Germany pulled a small gap and was able to use this advantage in front of the reigning champion Leon Hentschel. In the end, Hentschel even had to deal with Marc Wulf, who came dangerously close to stealing P2 by the finish.

Chris Gundermann was also a positive surprise at this opening round. In his first ever extreme enduro race, the former MX rider from Thuringia finished in fourth place.

Schmüser cruises to the win in Juniors

Milan Schmüser is the first winner of the Auto Center Erzgebirge Junior classification. He wasn’t satisfied with fifth place in the championship standings, having lost too much time in the first lap and a gap too big to close down.

Rene Dietrich was a new winner in the Seniors' category, a busy class in the series. The “middle-aged man” (their words not ours!) beat the former champion Dirk Peter with the reigning champion, Timo Jungmann, in third place.

The best amateur was Jakob Braun, still a relatively unknown pilot who finished 27th. Behind him was Andreas Igl, who had a mammoth programme; he came directly from Serbia and the Xross Hard Enduro World Championship round.

The next round of the DOWATEK HardEnduroSeries Germany, in Hamma, will take place in next weekend Saturday May 28. Entries are still available.