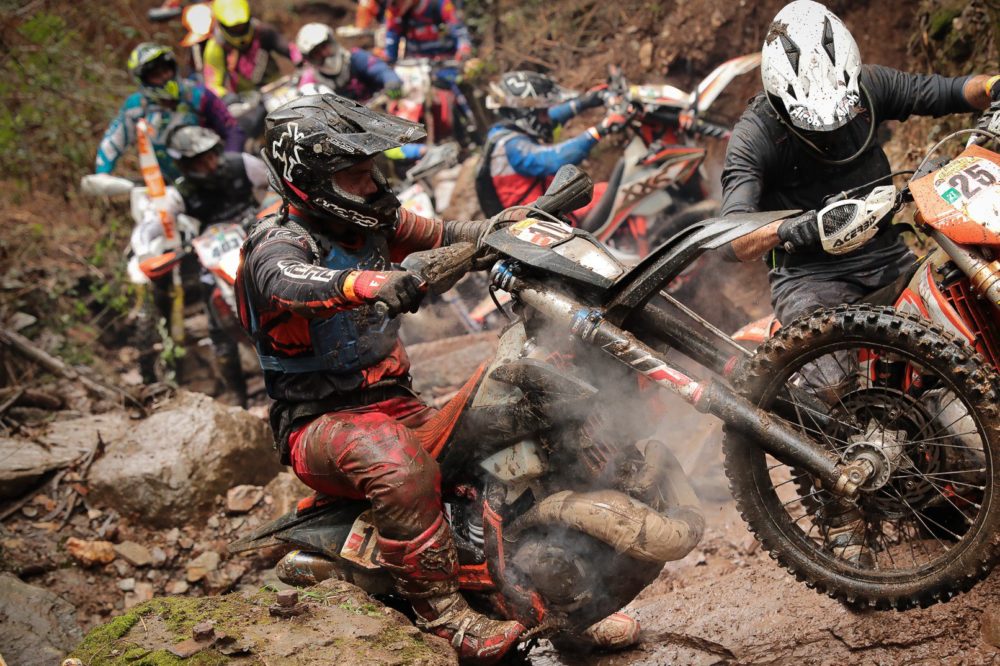 The Portuguese Motorcycle Federation will join Paulo Moreira and the Extreme Clube de Lagares in 2021 to create a new National Hard Enduro Trophy, a four-round championship to replace the Portuguese Hard Enduro Series starting big at Extreme XL Lagares in May.

The Portuguese Hard Enduro Series (PHES) organiser Paulo Moreira and his team have been behind the growth in popularity of extreme enduro in Portugal – in large part due to their hugely popular Extreme XL Lagares event which is now a round of the new Hard Enduro World Championship.

From 2021, PHES will evolve with the Portuguese Motorcycle Federation jointly working with the Melicias Team to create the new Troféu Nacional Hard Enduro (TNHE).

Extreme XL Lagares tops the bill as arguably the biggest annual off-road event on Portuguese soil. Unlike previous years where early season races attracted riders like Mario Roman, Lagares will open the 2021 championship in May.

In October, TNHE heads west to Torres Vedras and its well-known trails before heading to central Portugal and the picturesque Serra da Lousã for round three in November. The series will then have a late close to the year with a return to the Porto area and Valongo for the final round.