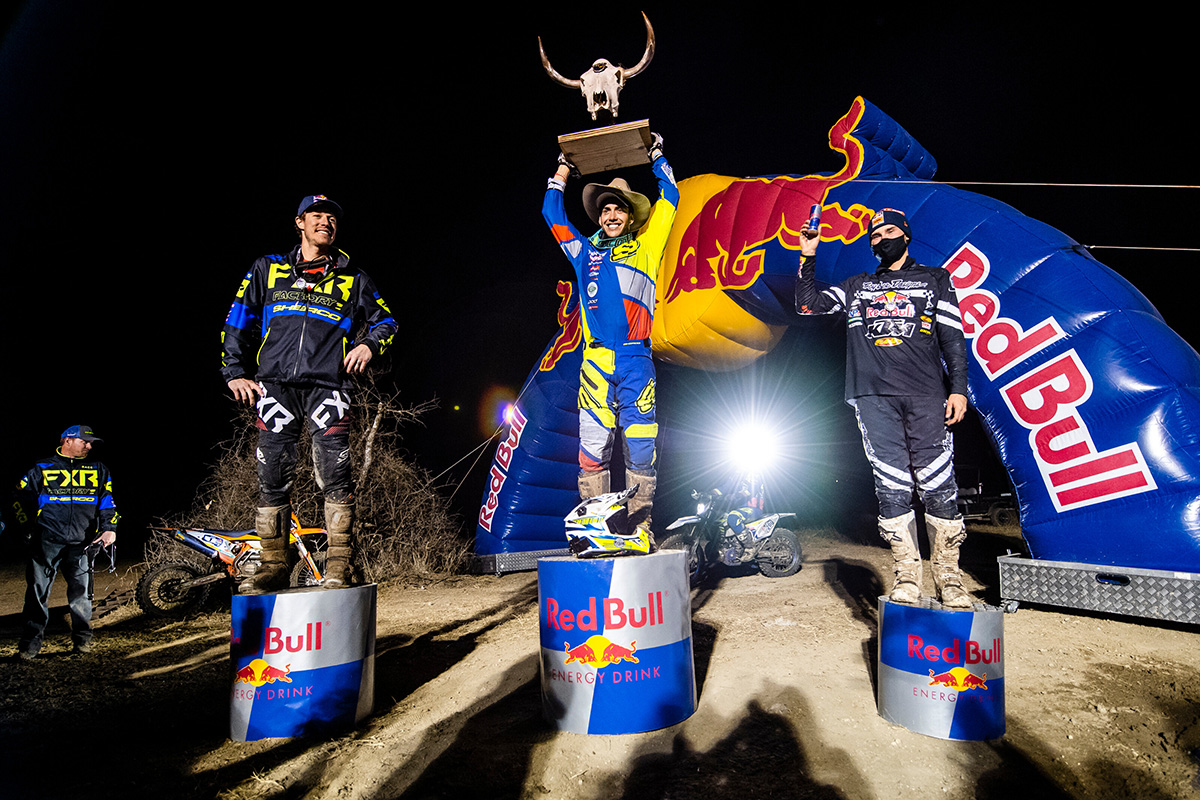 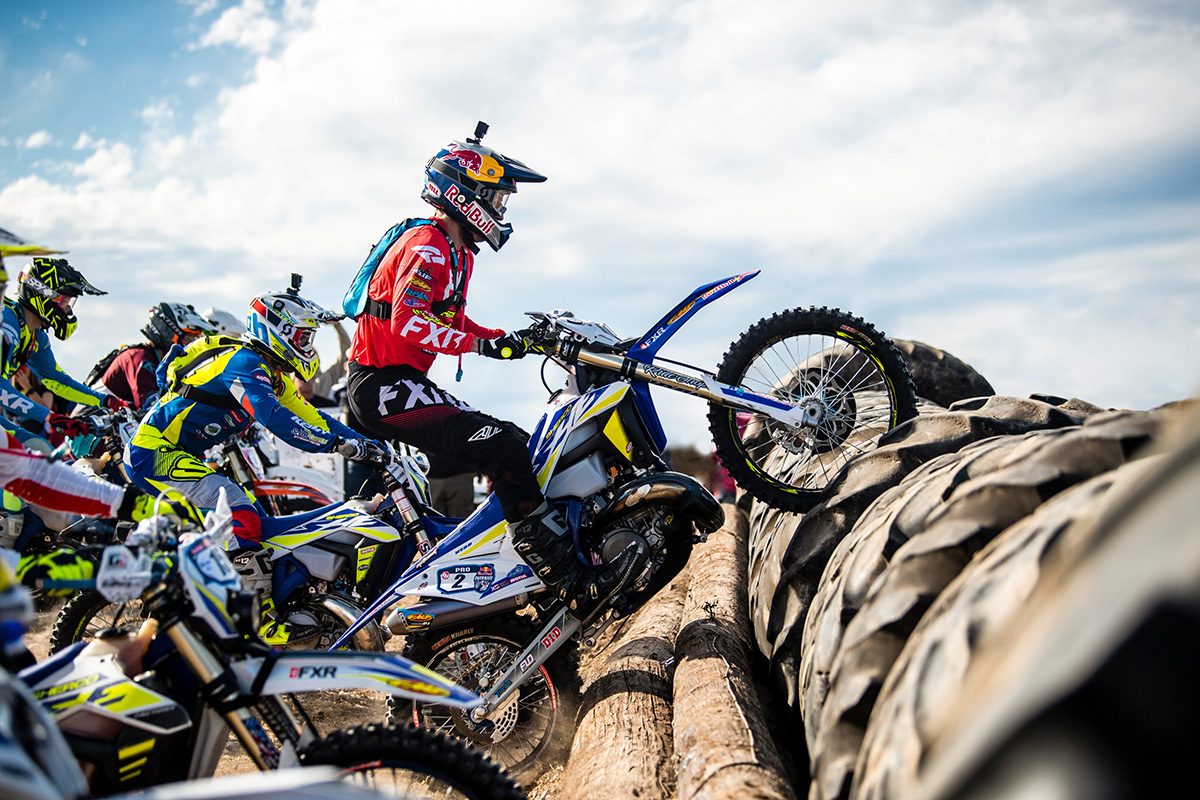 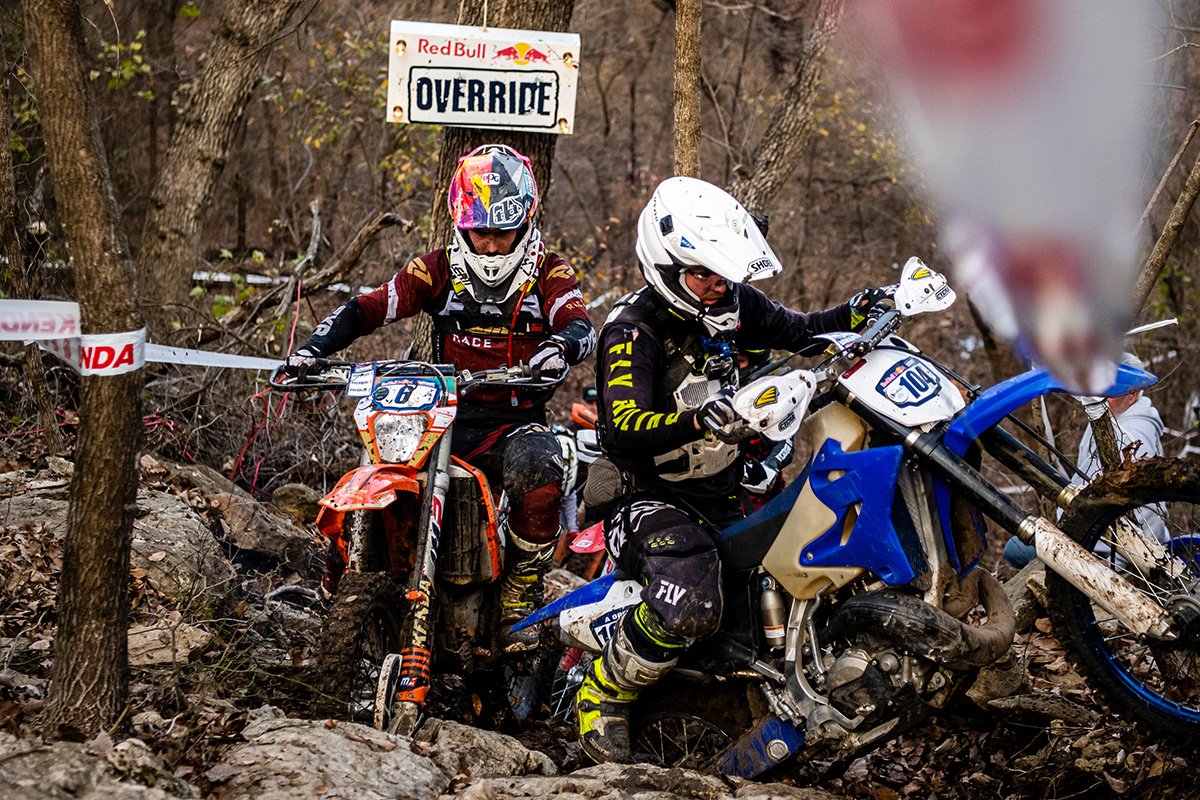 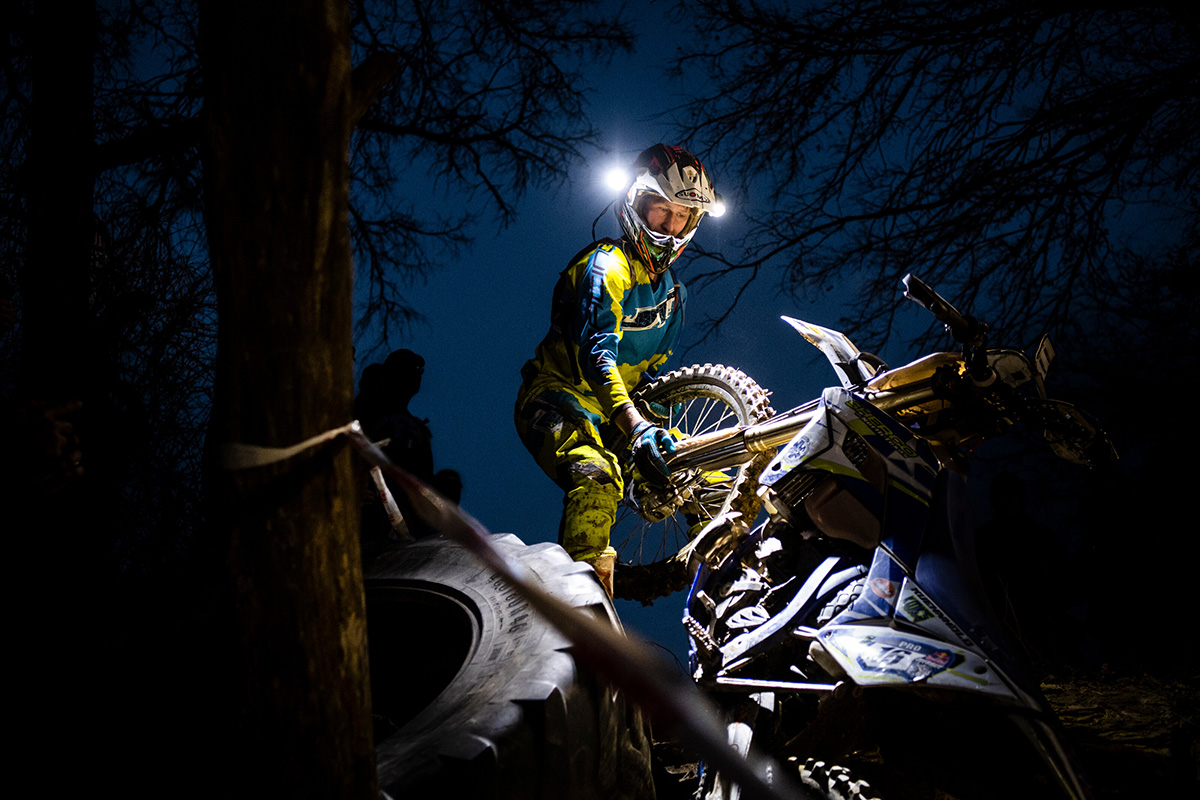 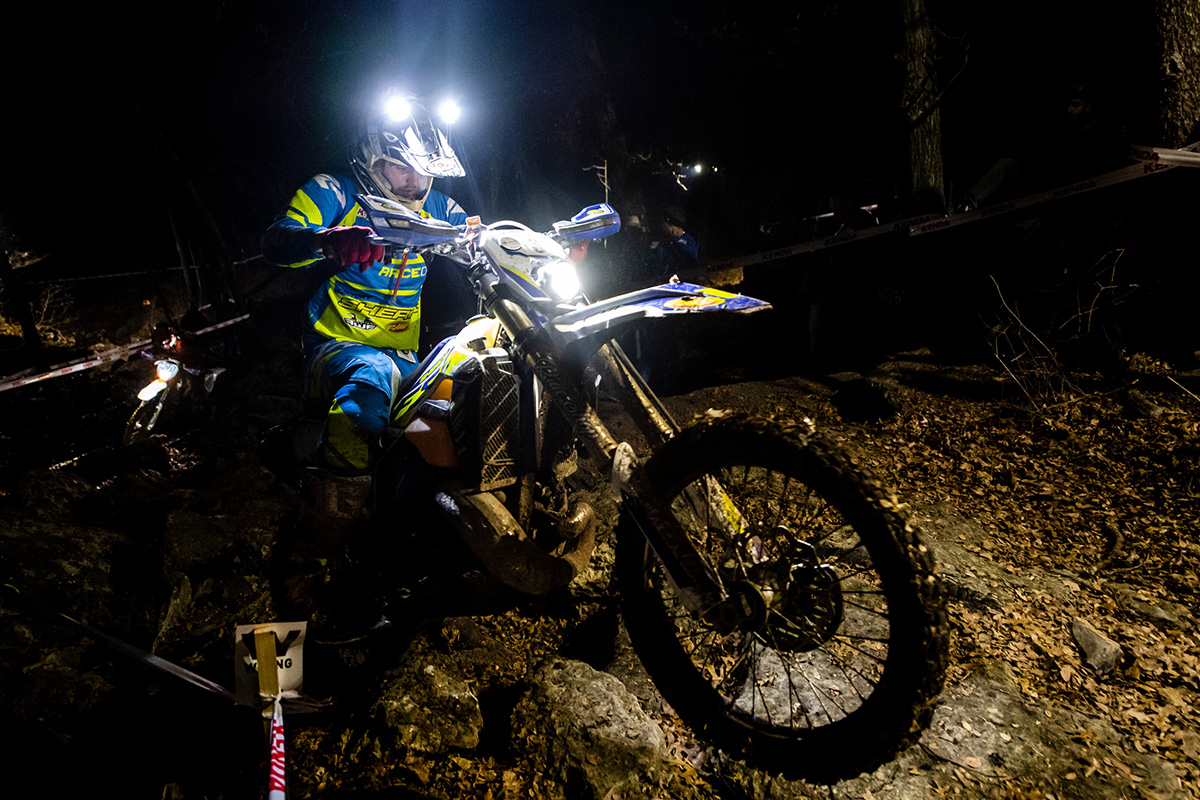 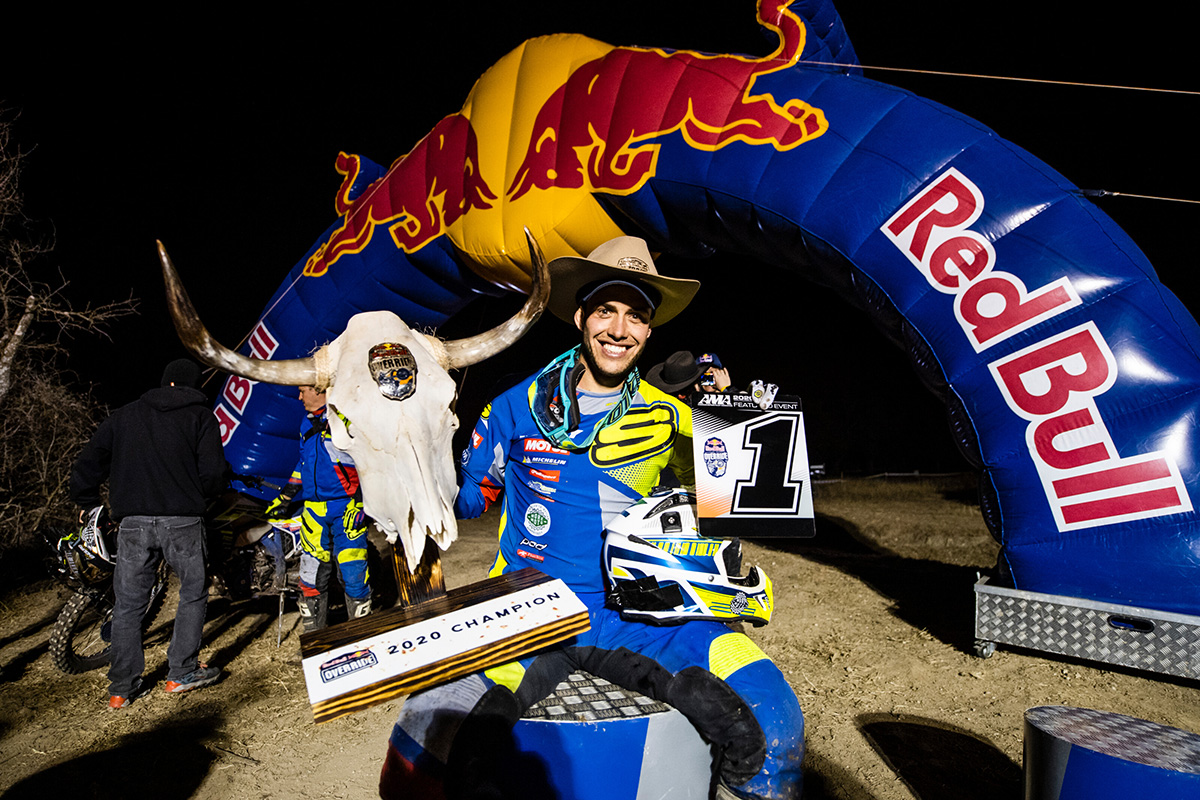 Mario Roman has taken his first major US Hard Enduro win by topping a Sherco one-two ahead of Cody Webb after six hours of racing at the brutal 2020 Red Bull Override – check the rider interviews to find out pee'd themselves.

The Rocky Ridge Ranch in north Texas laid on a punishing 11-mile route mixing rocks and EnduroCross-style sections for riders who faced a six-hour time limit to sample clock as many laps and time checks as possible.

The course featured three “Override” shortcuts that opened 90 minutes apart which shortened the course dramatically and gave the riders the chance to gain chunks of time but only if they could conquer the increasingly tough, rocky climbs. When it got dark, the severity only got harder.

Sherco Racing Factory Rider Mario Roman and Sherco USA’s Cody Webb battled for the overall and within the first two hours pulled away from FMF KTM's Trystan Hart. The second Override opened just as the dark sky had set in and with no shortage of experience racing extreme enduro in the dark, Mario pulled a gap ahead of Cody who was suffering in the tough course.

Trystan Hart was third and came home after a string of issues including having to change his exhaust pipe (riders have to work on their own bikes at this race) – check the rider interviews below for more...

Roman was the only rider to jump through timing and into a ninth lap, averaging 45 minutes per lap to take the win and with that his first major race win on US soil.“The six hours was very challenging and I’m just so happy that I was able to compete at Red Bull Override this year.” Said the Sherco Factory Racing rider.

Cody Webb praised the Sherco team effort, “I’m thrilled for the Sherco USA Team – Mario and I went one-two and I think that really says something. Six hours is a long time and the first Override just ruined me, I was pushing and had people pulling me out. Other than that, I had a blast!” Explained Webb.

Want to know more? Give Seat Time's podcast a listen for race recap and rider interviews with Roman, Webb and Hart: