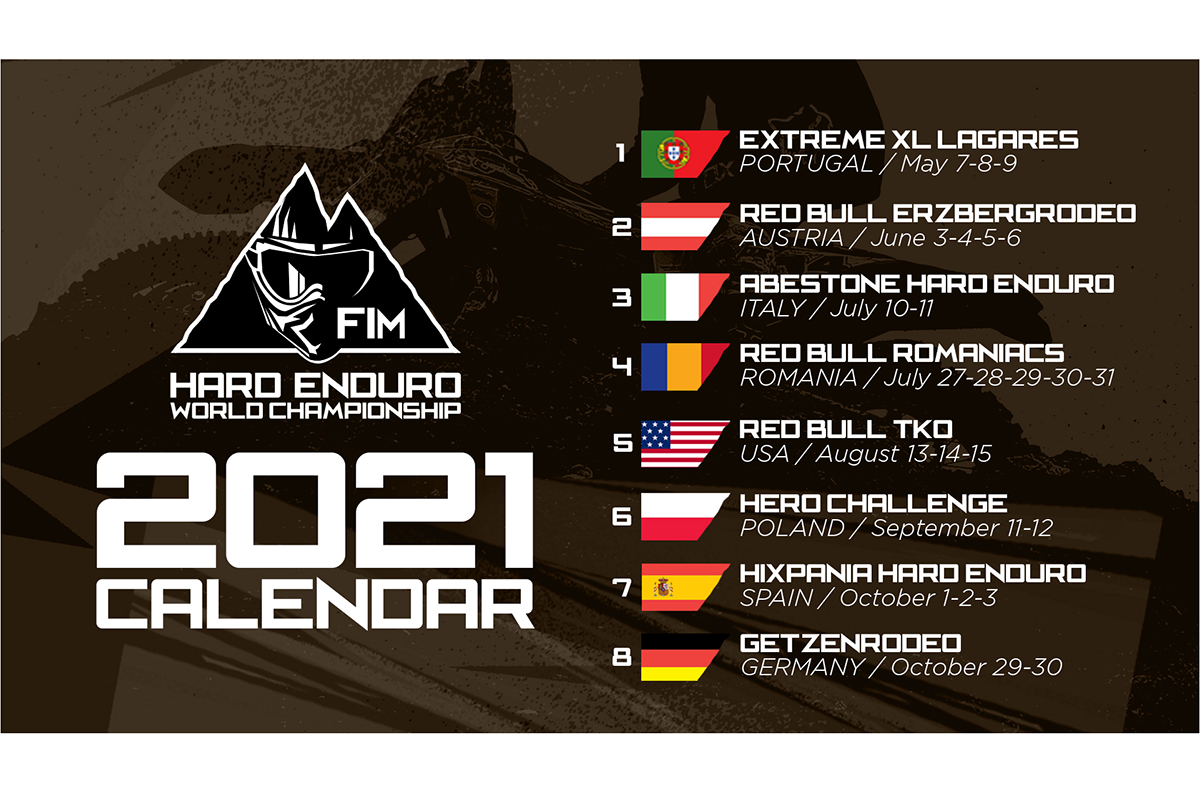 The newly formed FIM Hard Enduro World Championship promises much in this, its inaugural season. With existing major events like Erzberg and Romaniacs already penned on the calendar, the eight round series is now fully confirmed with two events fresh to the world stage in Italy and Poland.

Michele Bosi in charge for Italian round

The championship is scheduled to begin at Extreme XL Lagares in Portugal on May 7-9 before heading to the iconic Red Bull Erzbergrodeo one month later in Austria.

The Abestone Hard Enduro in central Italy follows on July 10-11. The race will be organised by the vastly experienced Hard Enduro rider Michele Bosi across two days in Tuscany.

Saturday will see racers tackle a one-hour mountain loop four times, with the addition of an extreme test at the end of each lap. The top 50 riders will then advance through to Sunday’s main event - a three-hour multi-lap Hard Enduro.

Mid-season monsters in Romania and Tennessee

With just a two-week break, riders will travel across Europe to arguably the most-demanding race on the calendar, the five-day Red Bull Romaniacs in Romania on July 27-31.

From Romania the series, if not all the riders from Europe, heads across the Atlantic to Tennessee for the Red Bull TKO (Tennessee Knock Out) and a chance for the growing American Hard Enduro community to compete with the best Pro riders on the world stage.

The championship then makes a return to Europe and Poland for the HERO Challenge on September 11-12 at the Enduro Park Poland and MXDG Motocross complex near Dabrow Górnicza.

It promises to be a tough challenge for riders with an opening day Cross-Country race, where the top-30 riders qualify through to a SuperEnduro finale in Dabrow Górnicza’s city centre. Sunday’s main race will be a three-hour, multi-lap event that mixes Hard Enduro with Cross-Country. All 250 competitors will face a 17-kilometre course that will feature a mixture of steep climbs, forestry trails, motocross and SuperEnduro obstacles.

Spain’s Hixpania Hard Enduro and Germany’s GetzenRodeo round out the series in October. Though quite different in nature, both have a reputation for being technically and physically hard events and will be a suitable ending for this inaugural FIM Hard Enduro World Championship.

Enduro21 will of course bring you all the best coverage from each round. For riders wanting more information about entering each race, please check the individual event social media pages.

Footnote: The pandemic is ongoing of course and could still affect the series and/or individual events. WESS Gmbh, the series organisers, say they will “continue to closely monitor the ongoing developments of the coronavirus pandemic with the schedule being adjusted if needed.”