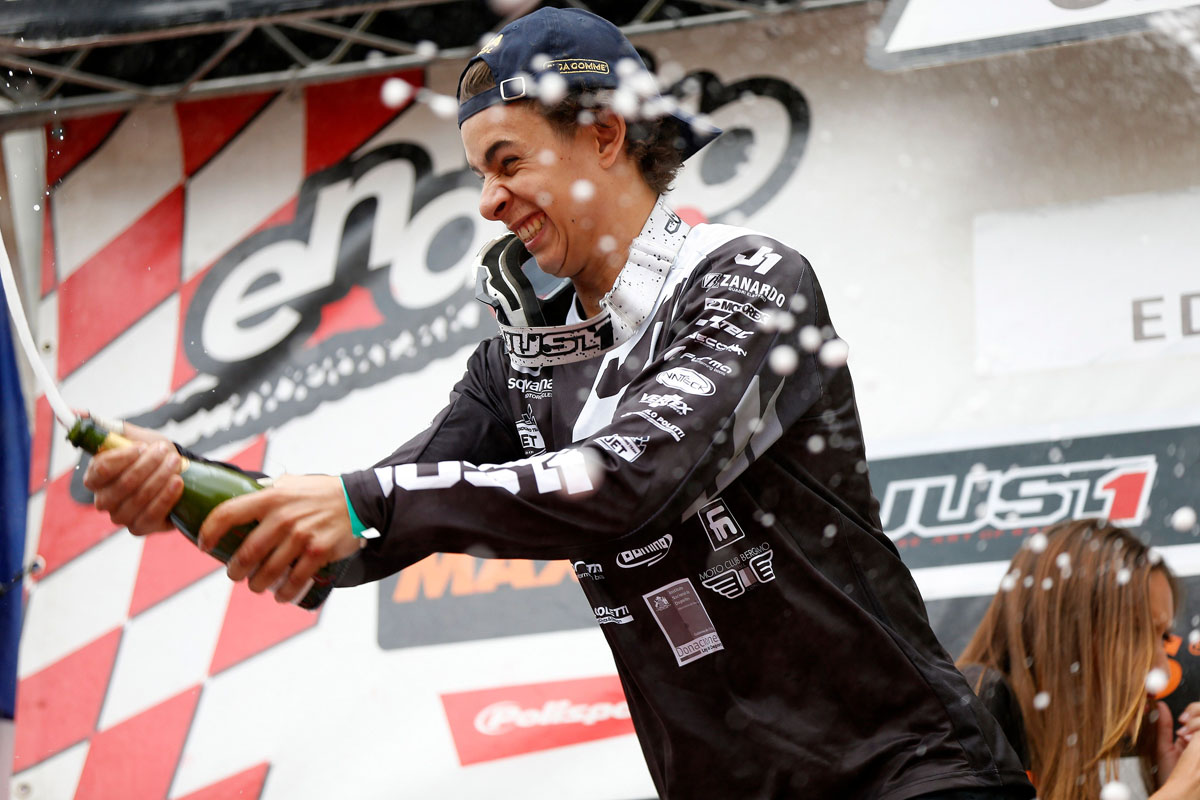 Former Enduro Youth World Champion Ruy Barbosa will trade EnduroGP for GNCC and the new US Sprint Enduro series for 2021 season with the Phoenix Racing Honda Team – new series, new bike for the Chilean who will keep it stateside to keep racing.

Ruy Barbosa will take a break from the EnduroGP World Championship, where he took the Youth world title in 2018, to avoid the long period of no racing due to the ongoing Covid crisis in Europe.

The 2021 EnduroGP championship will not start until May and with that in mind Barbosa has taken the choice to stay in the Americas to compete this season. “My biggest goal is to win a world title again,” says Ruy. “But I will wait for everything to normalize. For now, the team believes that running in the United States is the best alternative.”

The 22-year-old rider had already made the switch to Honda in 2021 and leaves behind his old team – the JET Zanardo Husqvarna led by Franco Myer. Ruy is expected to use the extended Honda Racing family to enrol in Phoenix Racing Honda and compete in the XC2 category of the Grand National Cross-Country and the US Sprint Enduro at the controls of a Honda CRF 250 RX.

Switching world championship tests for the brutal three hours of cross-country racing at GNCC is quite a trade-off, as many GP riders who have tried will attest, and it will be interesting to see how the usually flamboyant Barbosa deals with the new discipline. The new US Sprint Enduro series will be more familiar.

Barbosa will join another new recruit to the Pheonix Racing Honda Team, Cody Barnes who moves from the Beta USA team this year alongside Tristan Landrum.

Despite competing in the United States, Barbosa hopes to be able to travel to Europe this year to compete in the ISDE for his country from August 30 to September 4, in Rivanazzo, in the Lombardy region. The 2021 GNCC season kicks-off on February 21 at Big Buck.