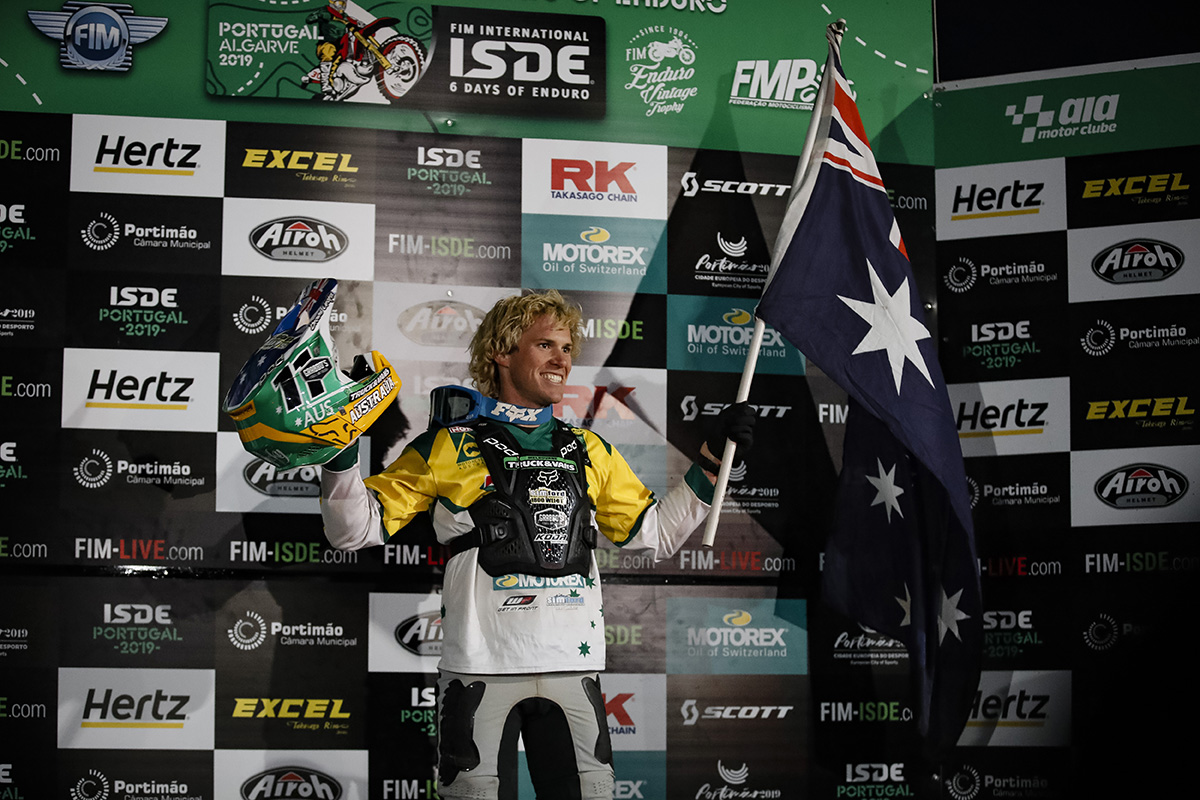 Team Australia will once again not just field a full line-up of World, Junior and Women at the 2022 ISDE after a two year absence, but surely one of the hottest squads heading to France this August.

The Aussie squad was last at the ISDE in Portugal 2019 where Daniel Sanders won outright, the team took second in the men’s World Trophy classification and first in the Junior World Trophy. The women’s team suffered with injuries during that event but never-the-less hold one of the strongest winning records in ISDE history.

For all his Rally success in the last two years, Daniel Sanders is a surprise addition to the senior squad  for Team Australia. Those grassy tests in France are gonna seem a lot different to the fast deserts on a big, ‘ol rally bike that’s for sure. 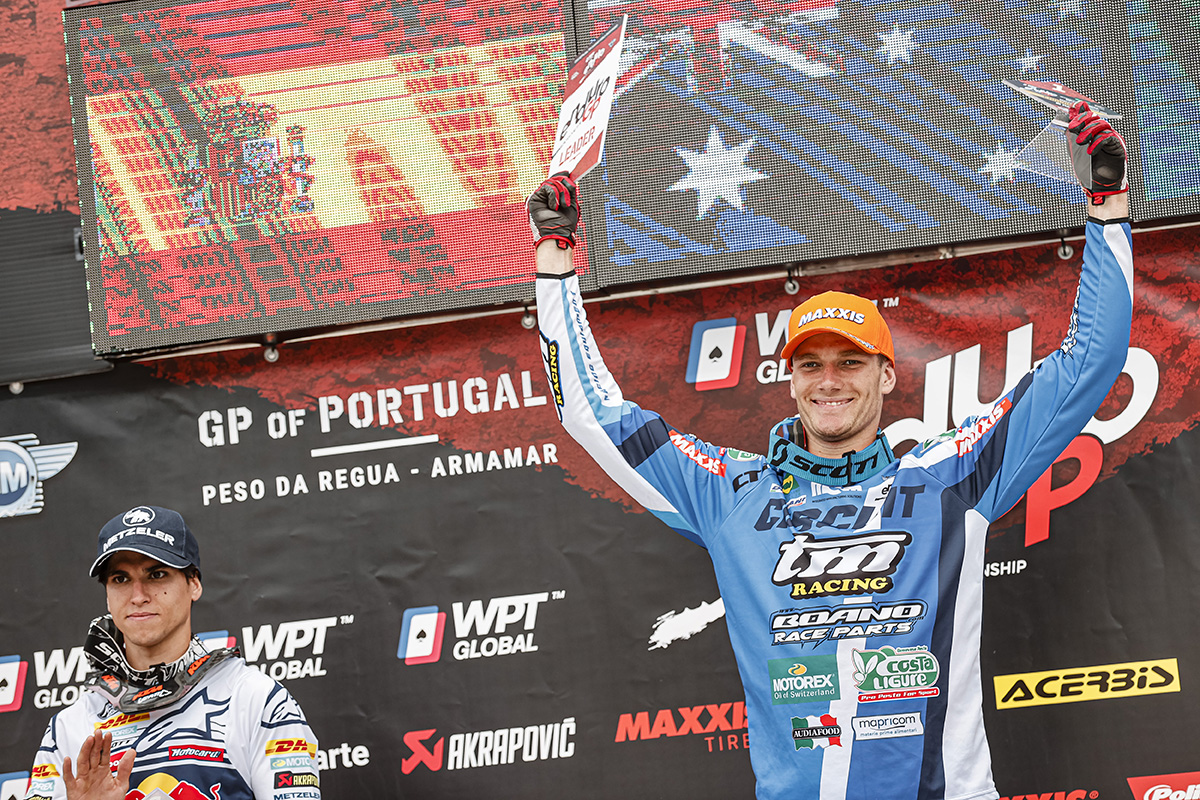 More tuned to the conditions in Puy-en-Velay this year will be two of the elite EnduroGP World Championship riders living and racing in Europe right now. Wil Ruprecht, who is currently leading the EGP series, and the 2018 outright ISDE champion Daniel Milner.

Those three are joined by ISDE veteran Joshua Green who is the only one of the senior squad currently racing in AORC and will bring a lot of experience although he will drop down a size to race the E1 class (250) in France.

Since Australia dominated the Women’s Trophy for so many years during the previous decade and more, it’s natural to expect them to be contenders again in 2022.

They’ll have a tougher challenge this time around with British and Spanish teams all fielding regular world championship riders plus the all-conquering Brandy Richards and the USA team who bossed it last year in Italy. 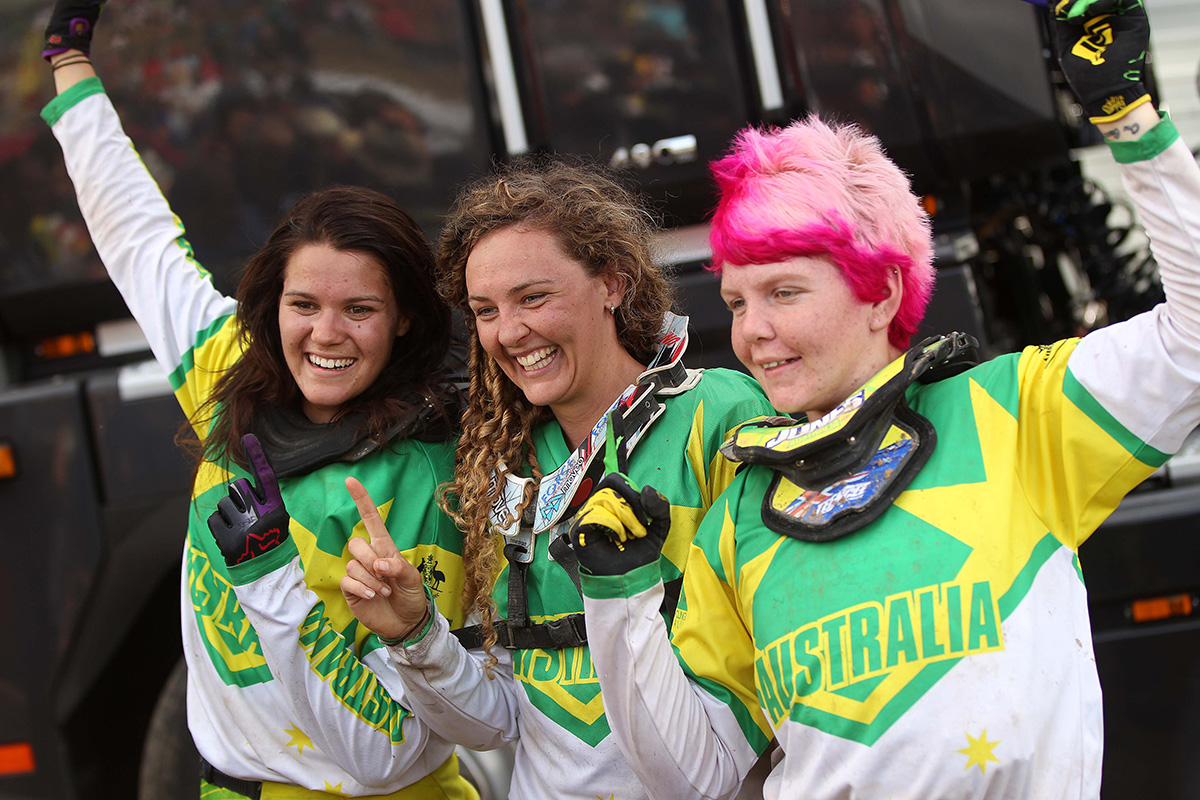 As ever the squad is the important part and strength in depth will come from Jessica Gardiner, starting her 10th ISDE, Tayla Jones who is back in France after her ISDE winning debut back in 2013 plus the “Swede living in Australia” Emelie Karlsson will make her debut in Aussie colours.

In the Junior ranks, Tasmania Kyron Bacon will make his ISDE debut on what is turning out to be an unbeaten (in E1) run in AORC to date, Bacon also added a 250 and overall win in the A4DE to stake his place in the team. Korey McMahon joins Bacon in France alongside Blake Hollis in a team of AORC contenders but without Lyndon Snodgrass who lead the Aussie Juniors to the Trophy in 2019.

Peter Doyle, CEO of Motorcycling Australia says that while Australia was absent in 2021 and the ISDE was cancelled in 2020, the return of Team Australia is looking good.

“This is one of the best teams we’ve ever sent overseas for a six day. Our Men’s senior team is not only hugely talented, but all four riders have shown ISDE winning form in 2022. While we’d love to have underdog status, on form we will go in as one of the favourites.

“In the Women’s, all three riders have shown they are worthy of not only ISDE selection, but are absolutely in the hunt for the podium.

“As far as the Juniors go, our expectations are high, but we want to see them just show what they can do on the world stage and see what the results sheet shows at the end.”

The 2022 International Six Day Enduro ISDE will be held in Puy en Velay, France from the August 29 to September 4, 2022.