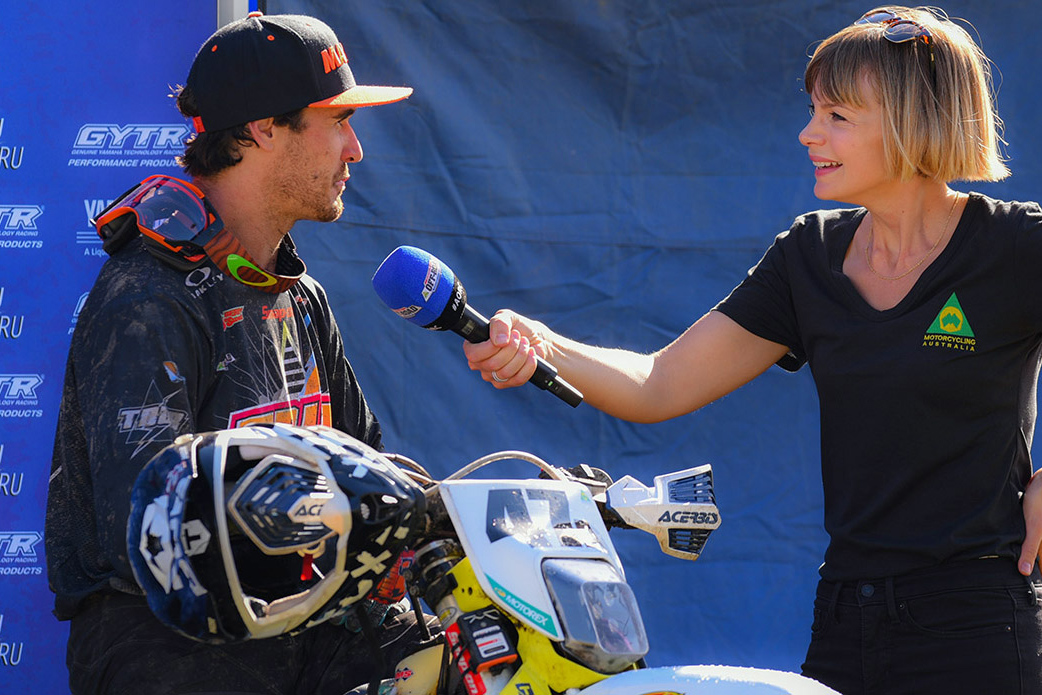 Ruprecht pulls out of ISDE Team Australia – Waters drafted in

Motorcycling Australia has announced a further change to the Team Australia squad for the 2022 International Six Day Enduro (ISDE) in France as Wil Ruprecht is forced to withdraw and will be replaced by Todd Waters.

As Motorcycling Australia (MA) point out, Wil Ruprecht has been enjoying a standout year in the EnduroGP World Championship placing second overall in EnduroGP scratch with one round to go and leads the E2 standings.

Rightly he’d also be expected to standout as a valuable member at the 2022 ISDE but MA says Wil “is unable to join Team Australia due to contractual issues with his trade team regarding the provision of machinery and support at the event.”

Todd Waters will replace him and though he’s best known for motocross, the veteran has been racing in the Australia Off-Road Championship (AORC) for a few of seasons now, has wins to his credit and currently sits second in the competitive E2 class.

Ruprecht’s TM Racing team has declined to head to France for the ISDE this year basically due to how it sits in the calendar and how it would affect their world championship and domestic Italian championship seasons.

Boano Racing, the official TM Racing team, also have Italian riders in their team who will also not attend the ISDE for the same reasons.

What’s odd is that it has taken all parties until the eleventh hour to make this decision – riders will soon be boarding planes to head from Australia to France. Enduro21 also heard some strong rumours from the Slovakian GP paddock that Ruprecht could potentially be leaving the TM team next season too.

All of this is not to say that Waters will not be a strong member of any team and in reaching the start line in Puy-en-Velay, he will join an elite club of riders who have started both the MX of Nations and the ISDE.

This is the third high-profile change to the Aussie Trophy teams since they were first announced. First Daniels Sanders was forced to withdraw due to issue with his Rally commitments, then Tayla Jones due to travel visa issues.

The news comes on the back of 2021 EnduroGP World Champion Brad Freeman being forced to withdraw from the TEAM GB ISDE squad earlier this week: Injury forces Brad Freeman out of Team GB ISDE squad – “I genuinely don’t think I would finish”