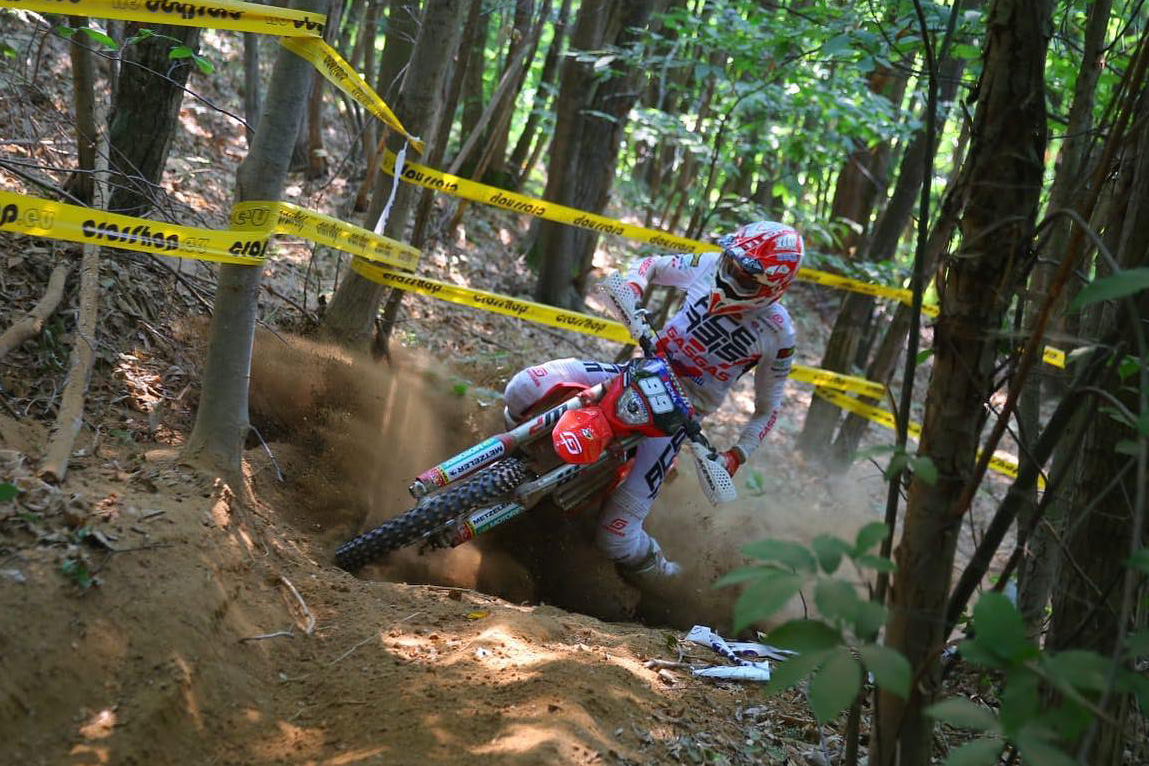 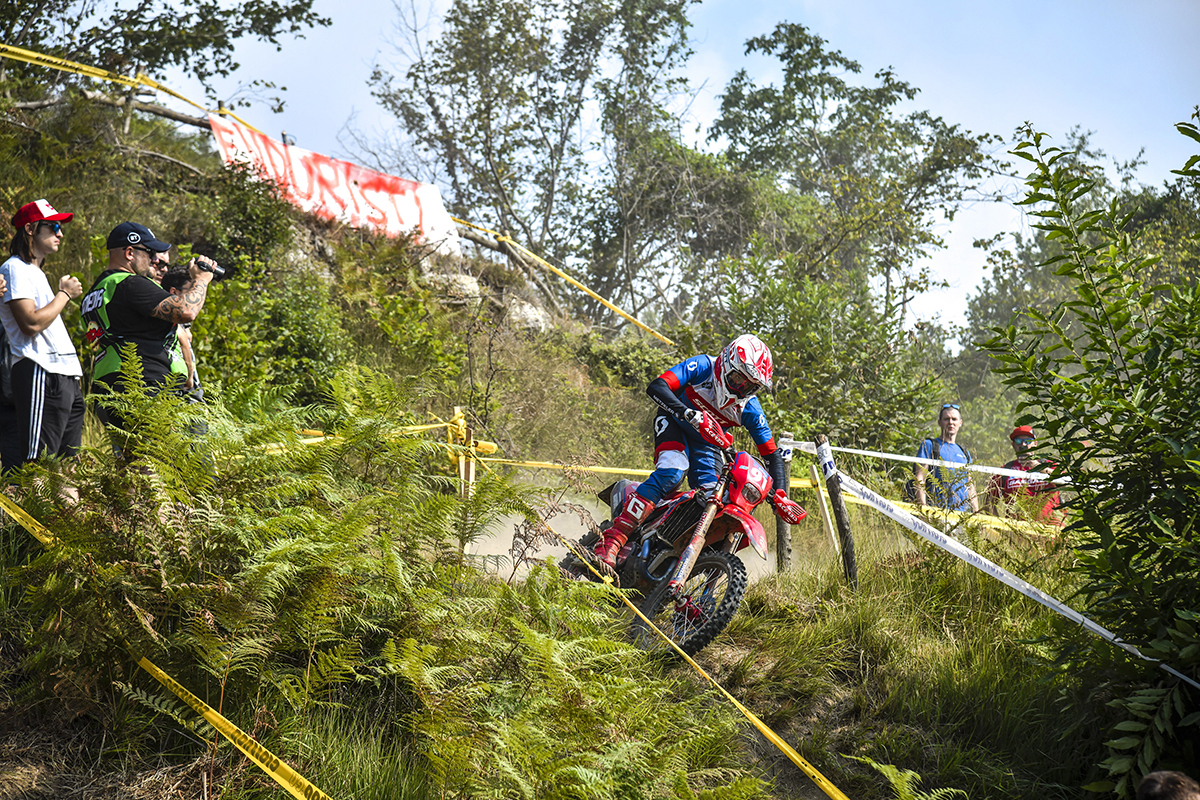 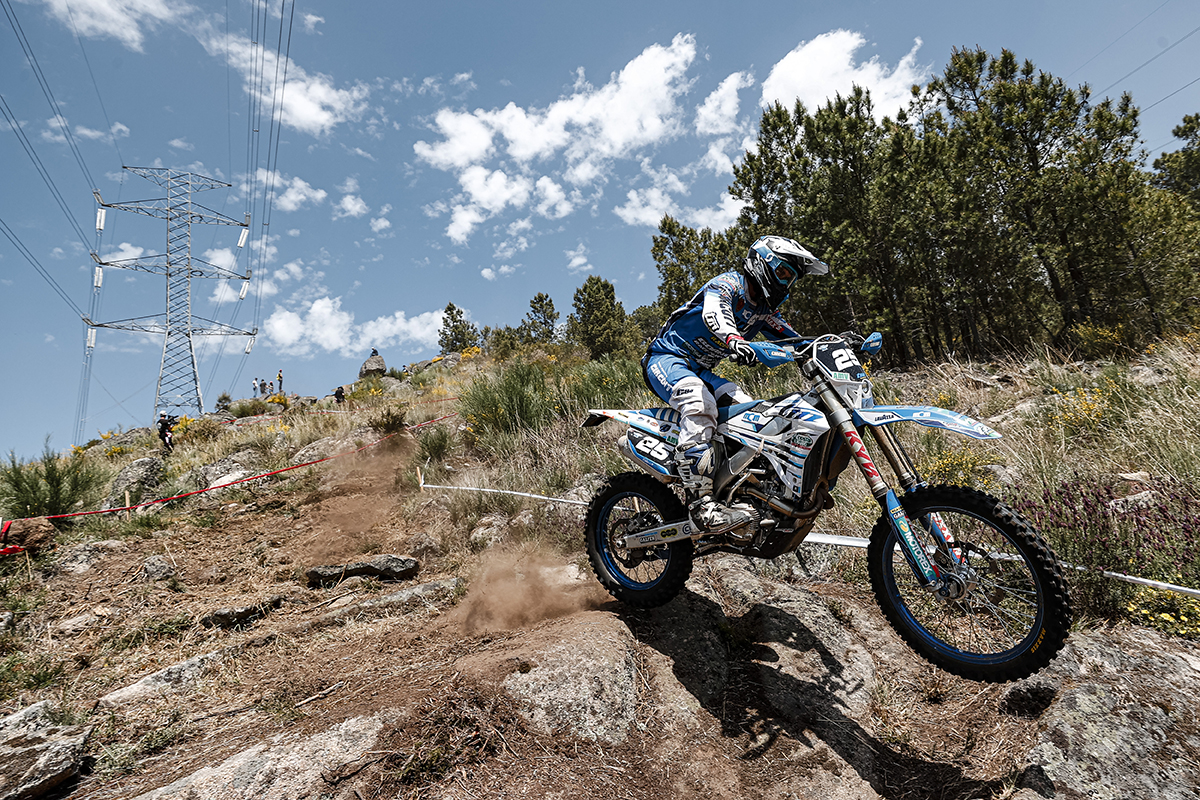 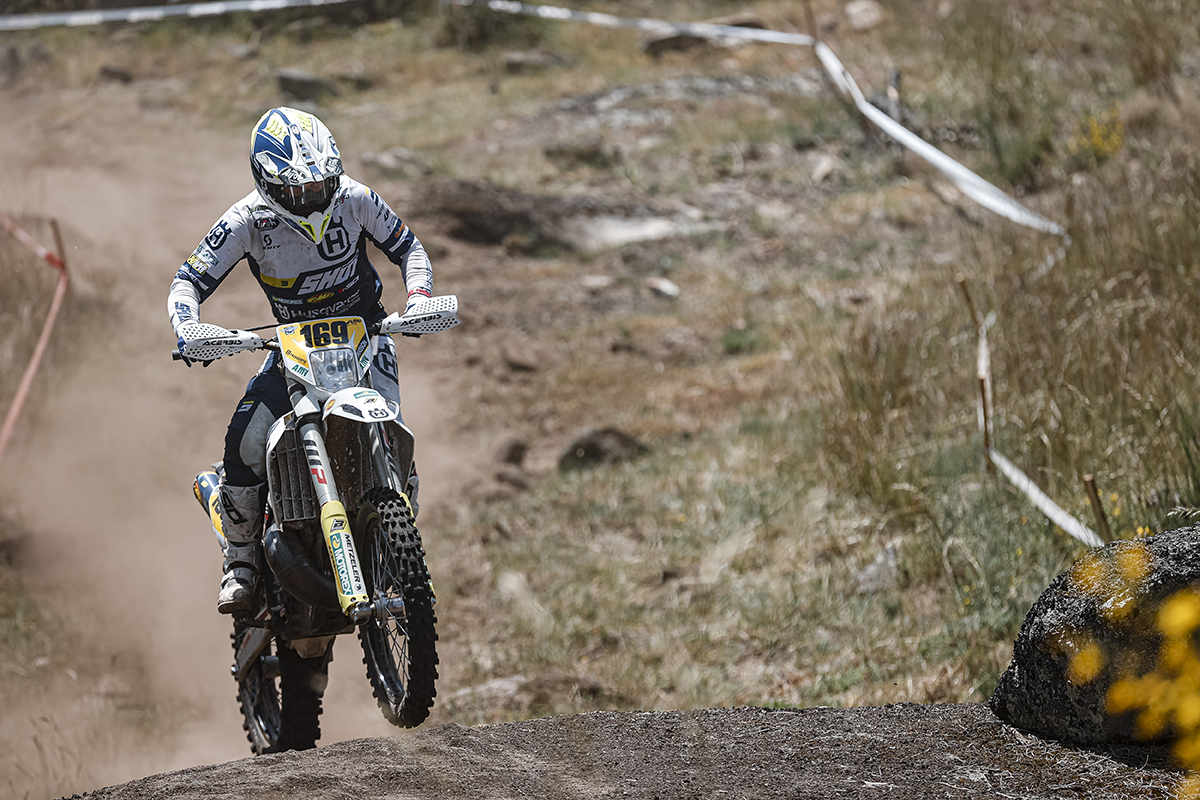 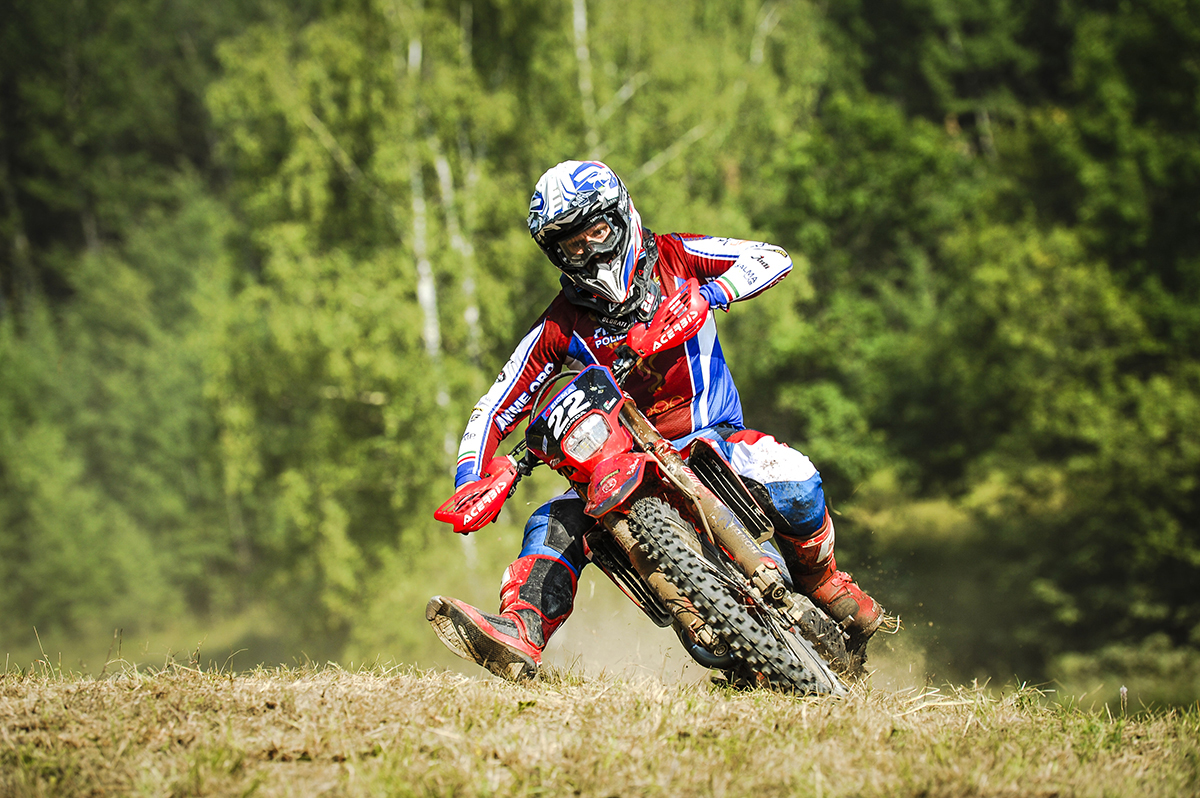 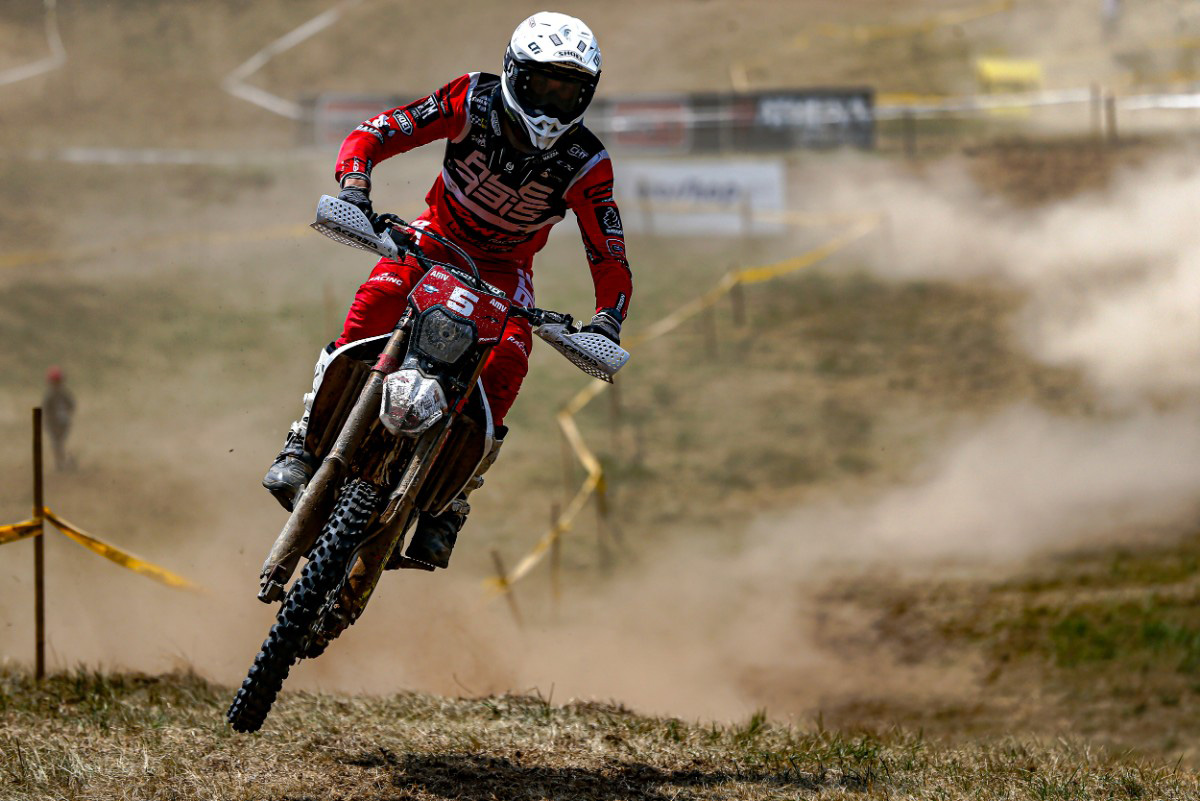 Italian Enduro Championship: Verona and Watson put on a show in Ceva

Just two riders topped the test timesheets across the four laps and three tests in Ceva, Andrea Verona and Nathan Watson, with the Italian coming out best for the second round in succession.

Despite the arid conditions across most of Europe right now, the world championship riders present in the Italian series praised the Ceva Moto Club’s test for this penultimate round of the season.

The overall on the day was again Andrea Verona’s, although this time Nathan Watson kept the result open until the last special. In the end it was a gap of just just seven seconds which sperated the pair. Third place went to Matteo Cavallo on the TM who got the better of a five-rider fight for that final podium place. Cavallo, Mikael Persson, Thomas Oldrati and Daniel Milner (at least) were all in the hunt come the final tests.

With victory Andrea Verona extends his championship lead to 114 points over Nathan Watson on 93. Hamish Macdonald remains injured and not racing but his early season form sees him still sitting in P3 overall on 85 points. 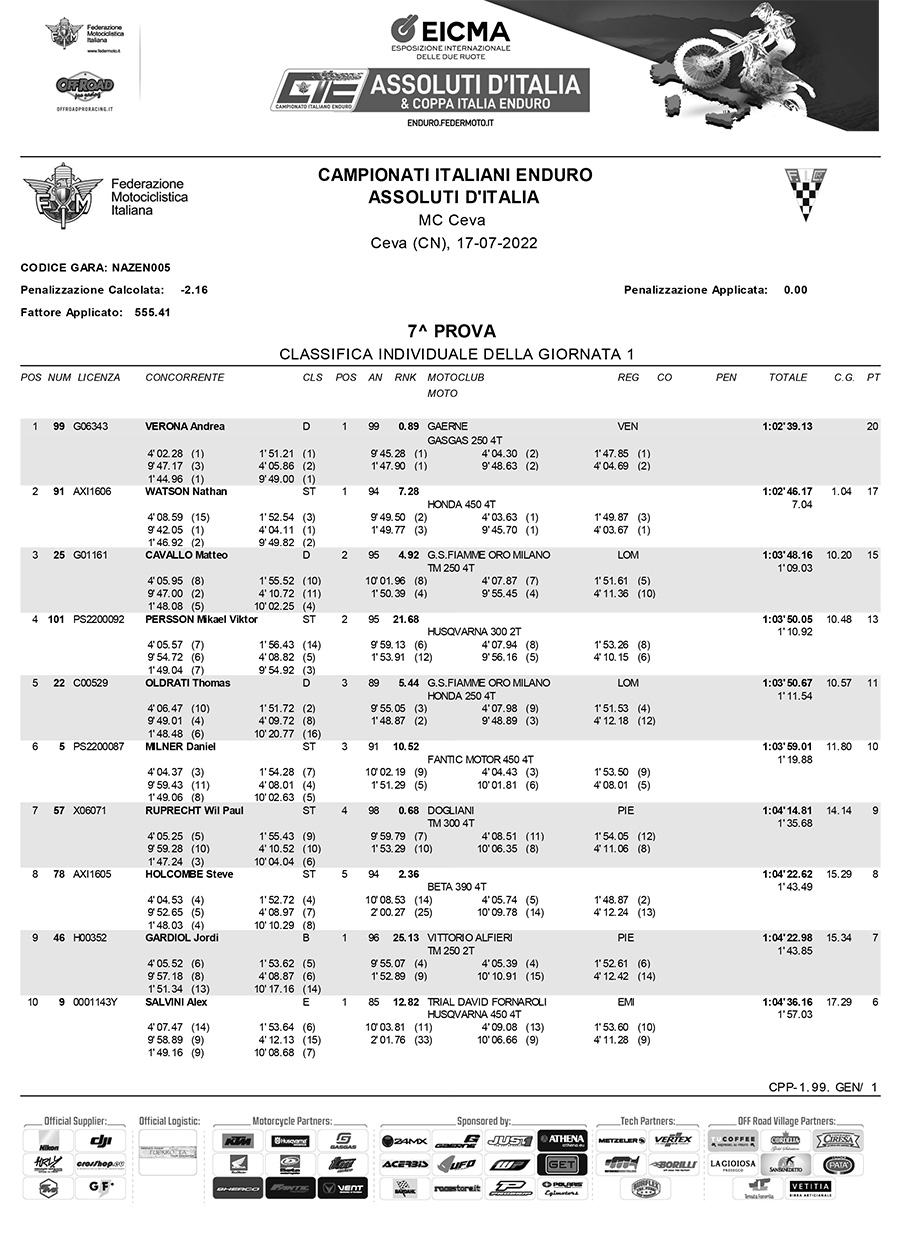 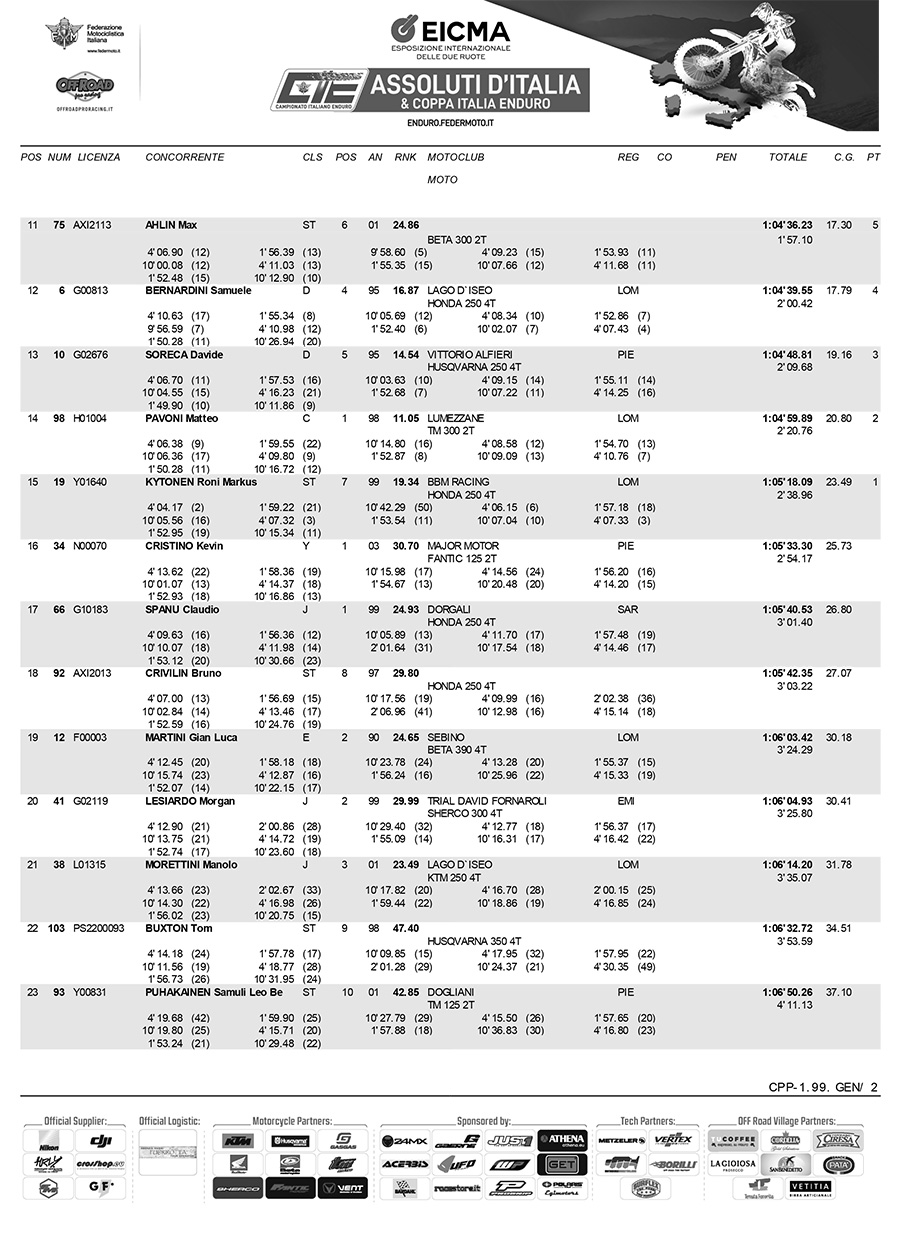 The different classes are many in the Italian series but among them Alex Salvini (Husqvarna JET Racing), climbed on the top step of the podium. After an almighty crash at the recent EnduroGP of Italy, Salvo maintains his title hopes and points lead in the 450 class. 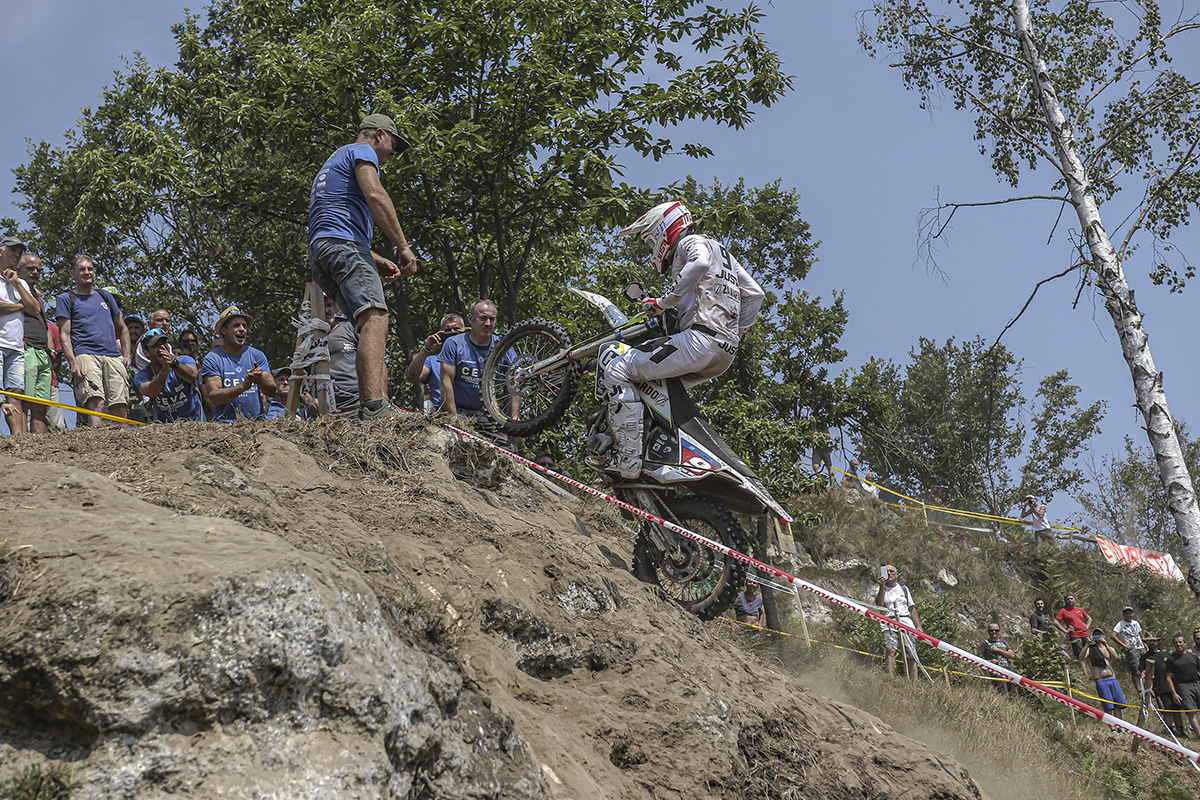 TM Factory Boano manager of riders at the EnduroGP races, Deny Philippaerts continues to be a force in the 125 class and took victory plus holds a comfortable lead in the points. Andrea Verona leads the 250 4T class while the 250 2T class seventh championship saw another victory for Jordi Gardiol ahead of EnduroGP track inspector Maurizio Micheluz.

In the 300 2T Class Matteo Pavoni dominated although unofficially the ‘foreigner’ Mikael Persson was faster by a decent margin as he took fourth overall ahead of Thomas Oldrati and Daniel Milner. 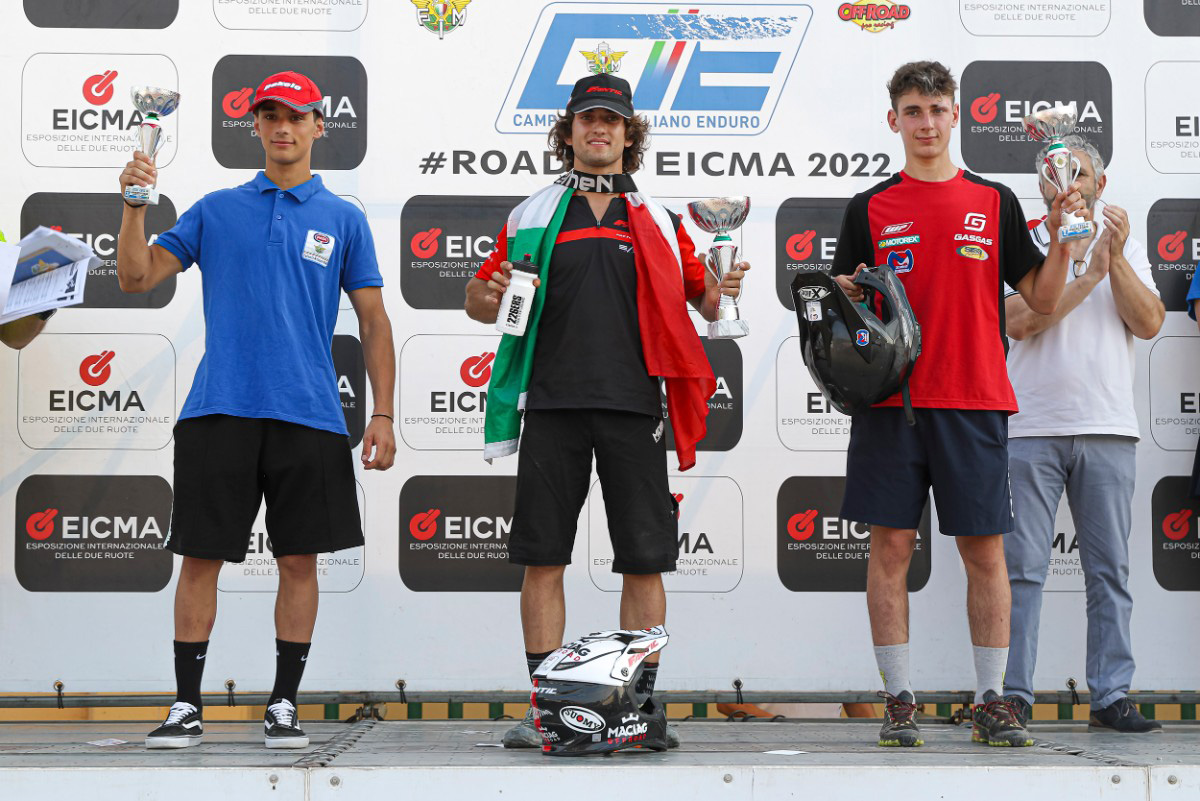 The Assoluti d’Italia Enduro series takes a long summer break now as teams and riders take on the GP rounds in Slovakia and Hungary ahead of the ISDE in France this August 29 – September 4.  Castiglion Fiorentino in October for the last two rounds of the season.