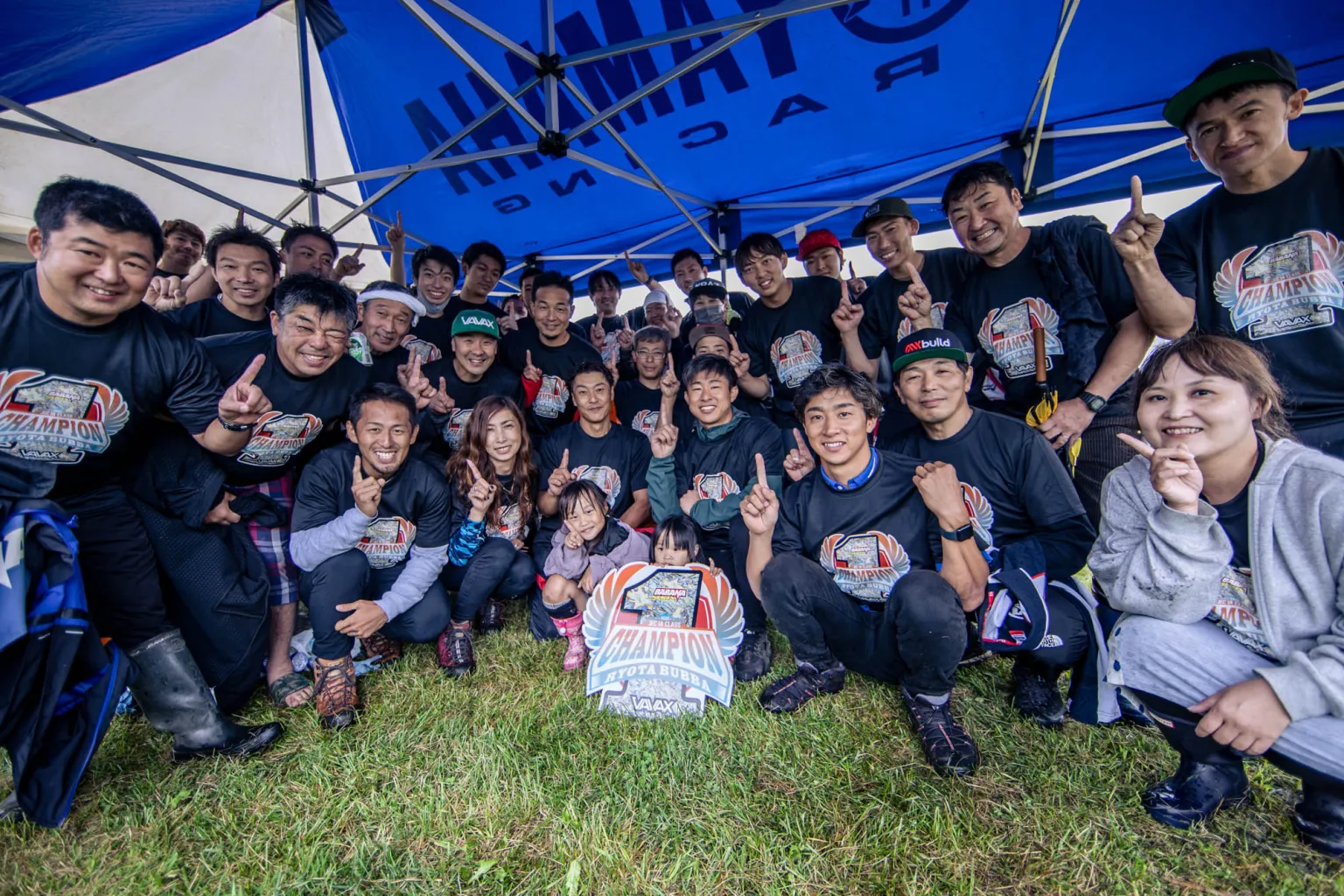 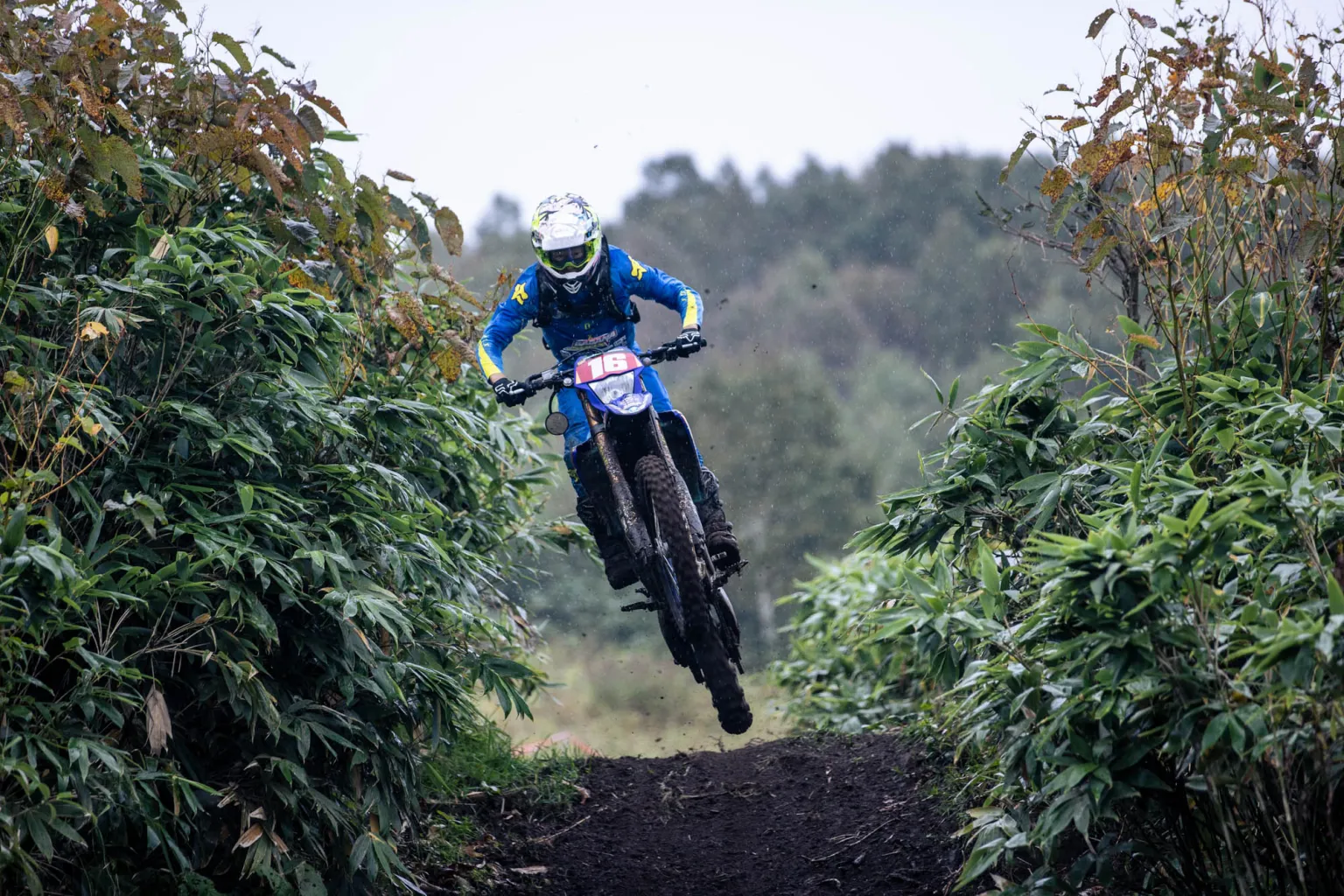 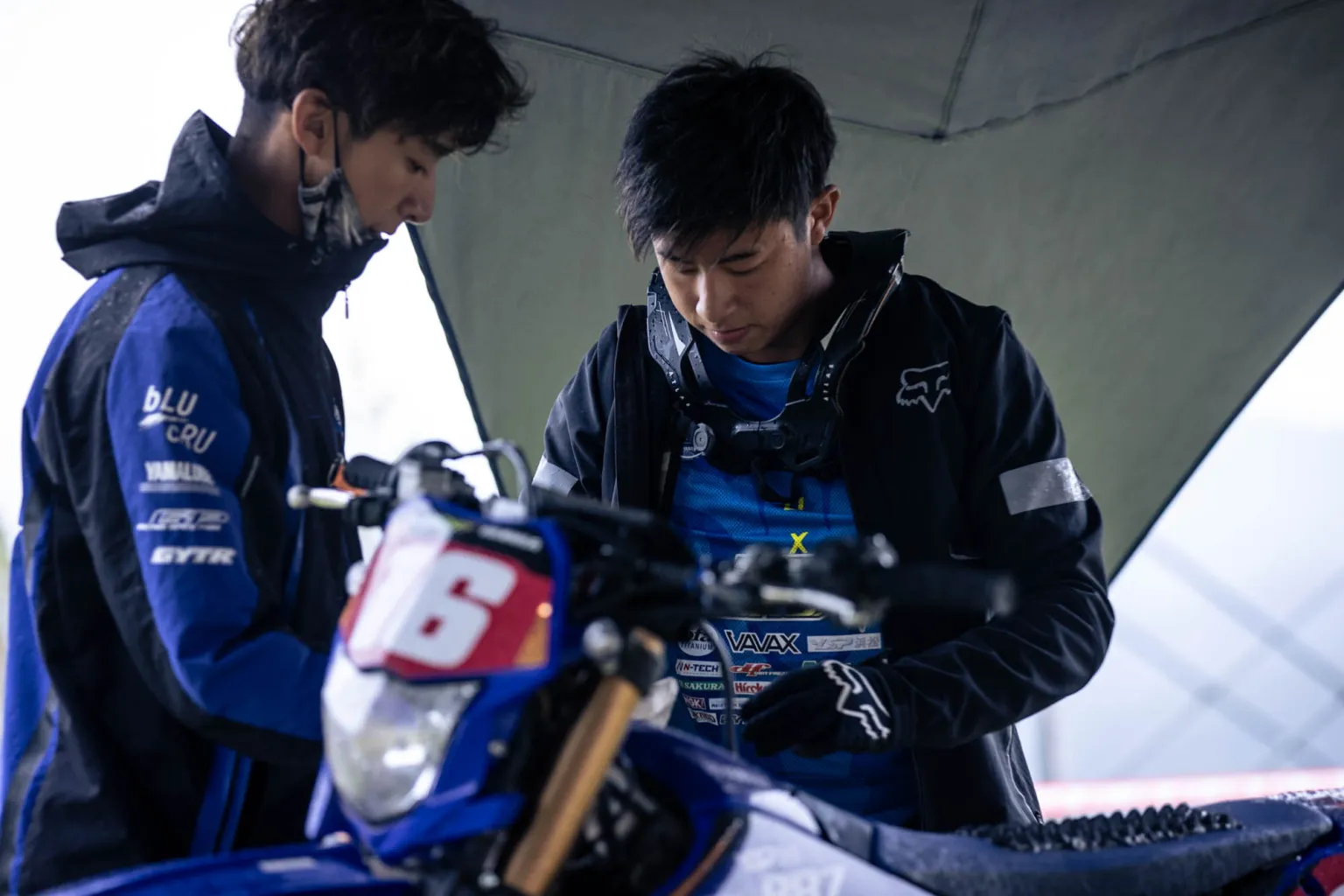 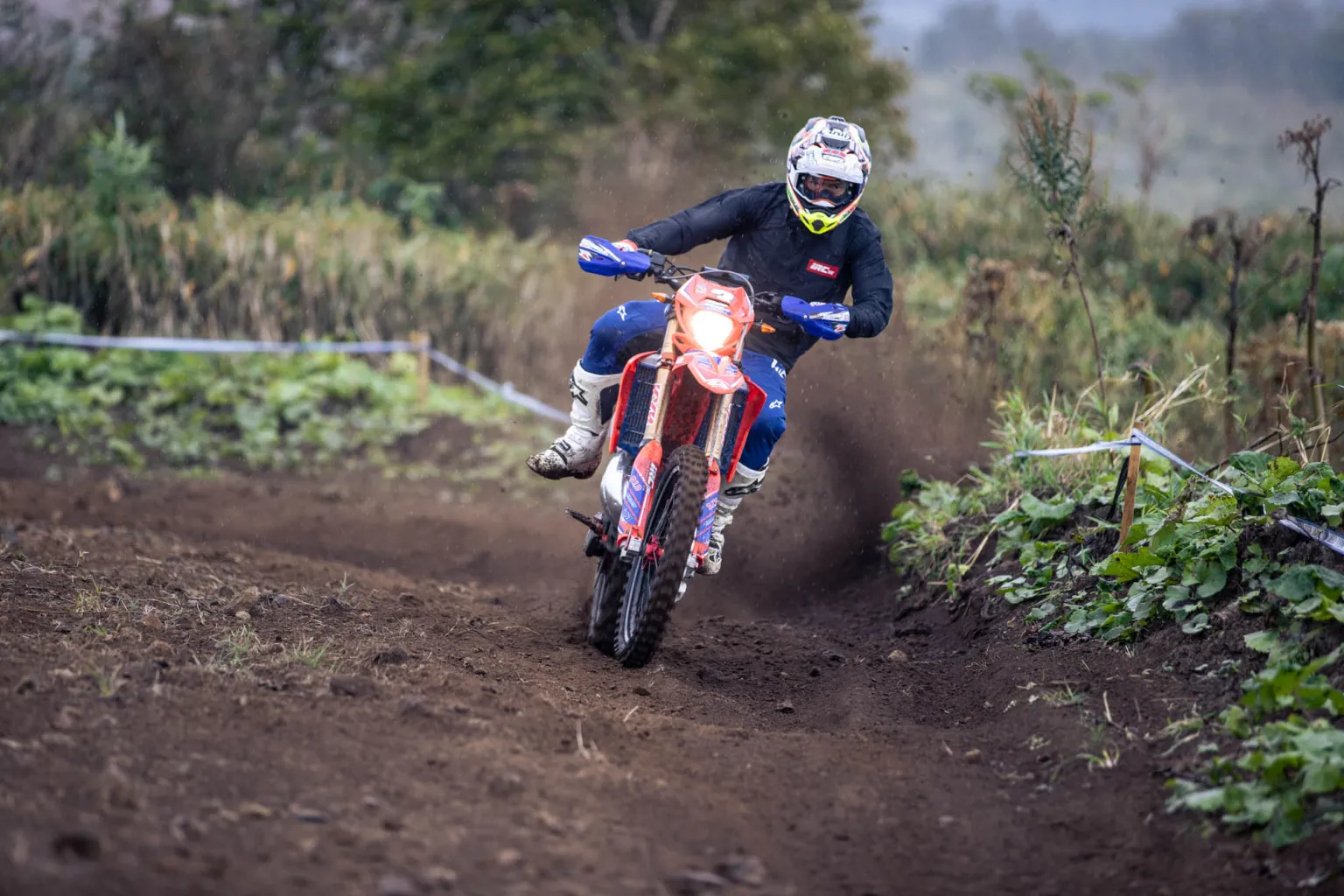 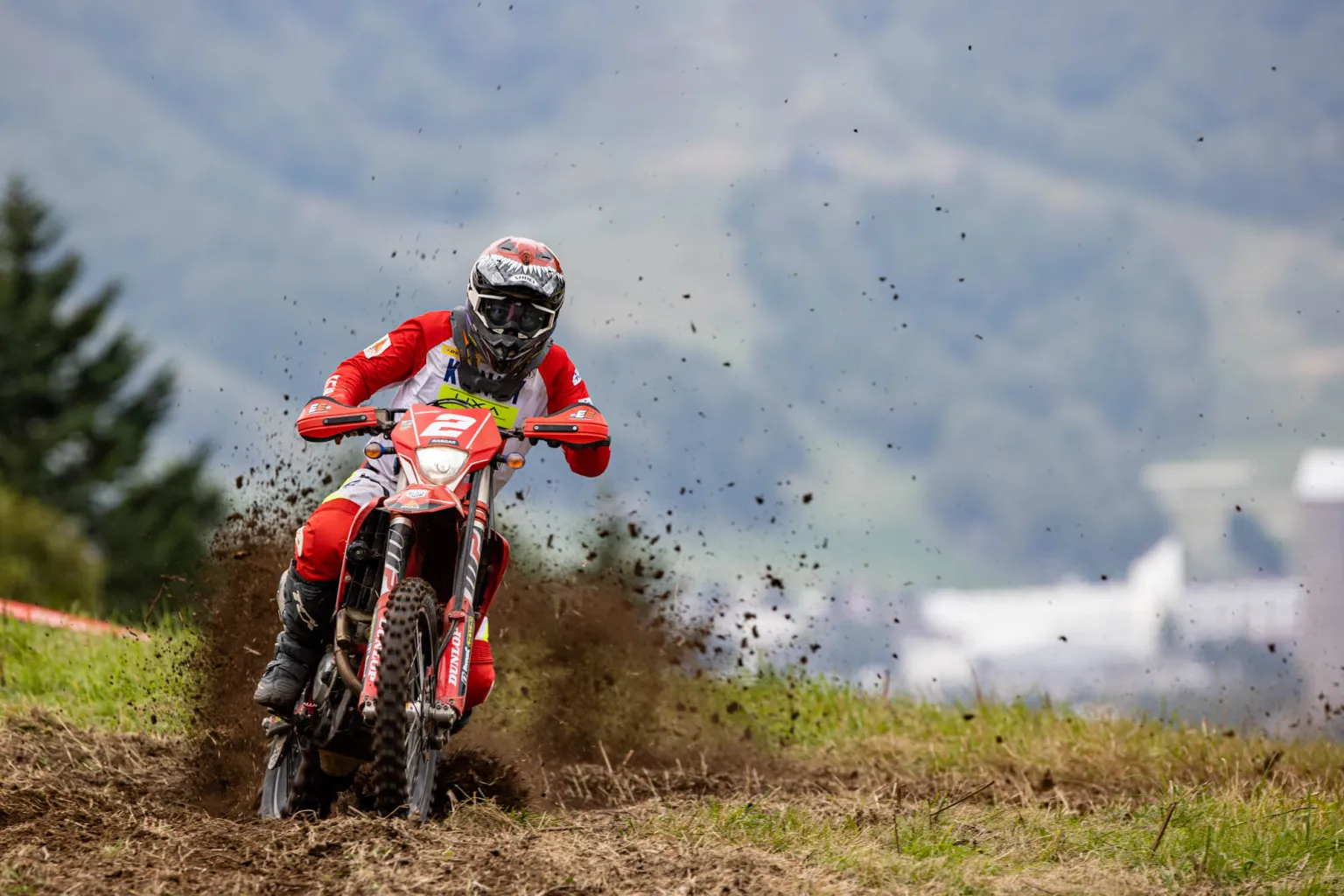 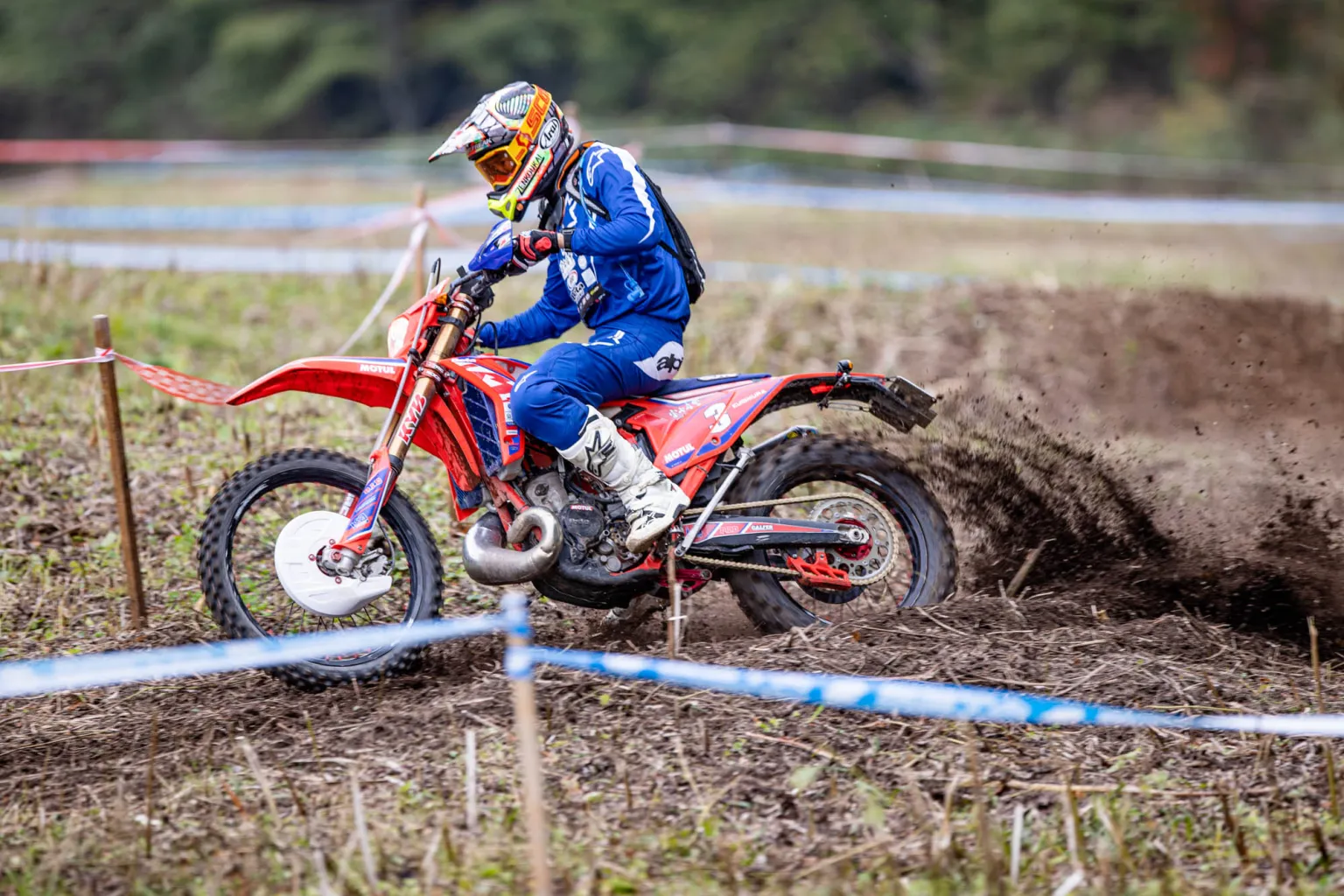 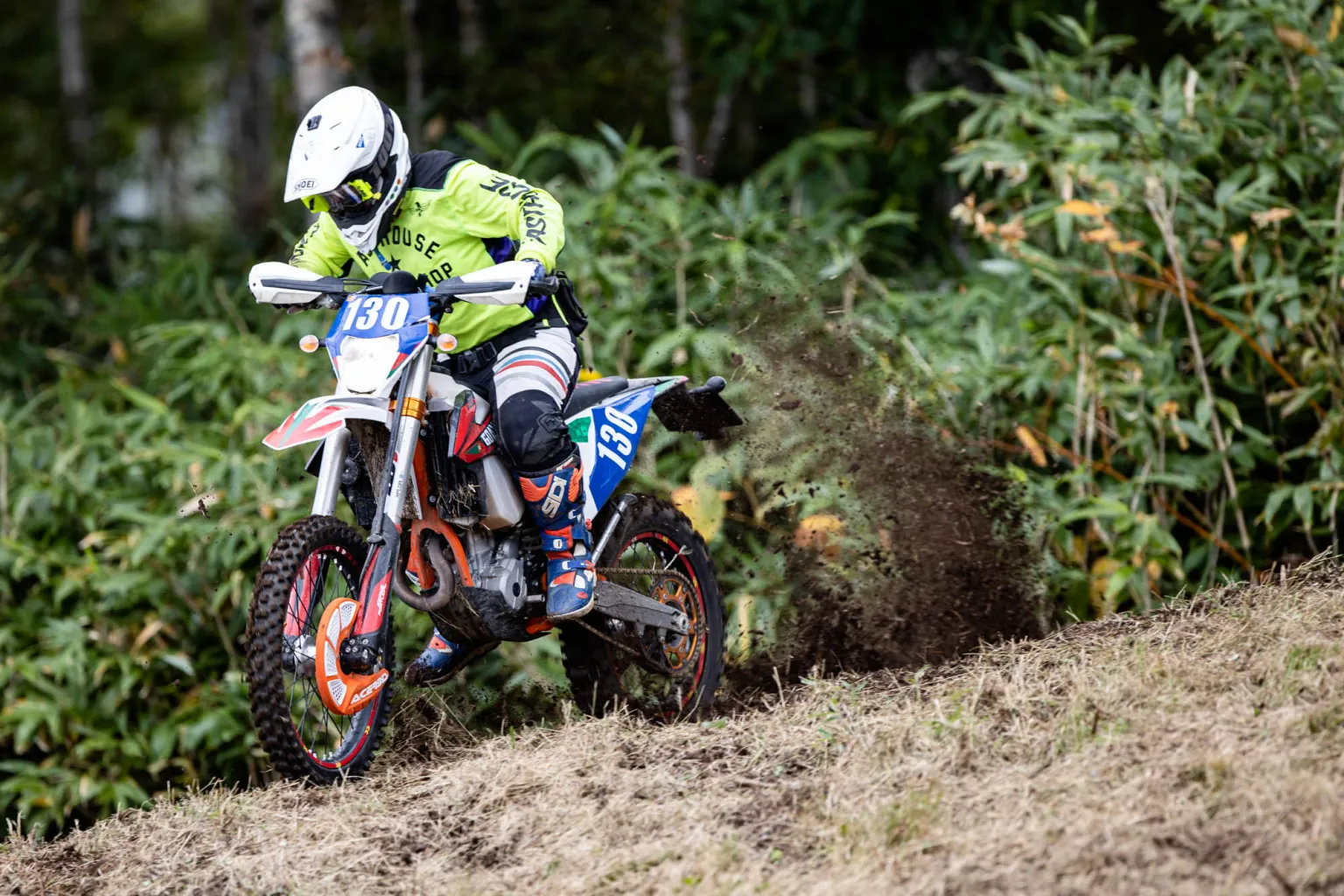 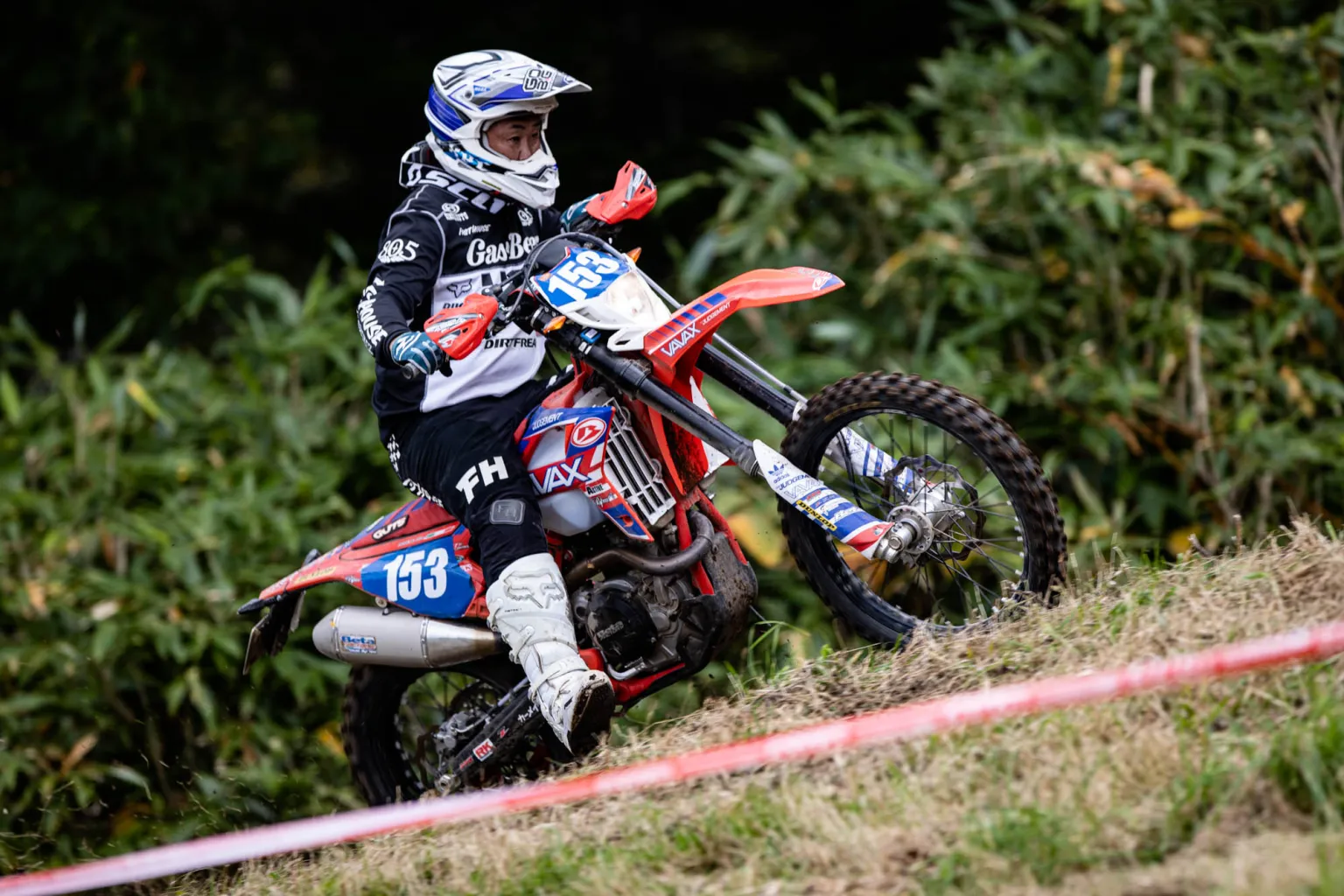 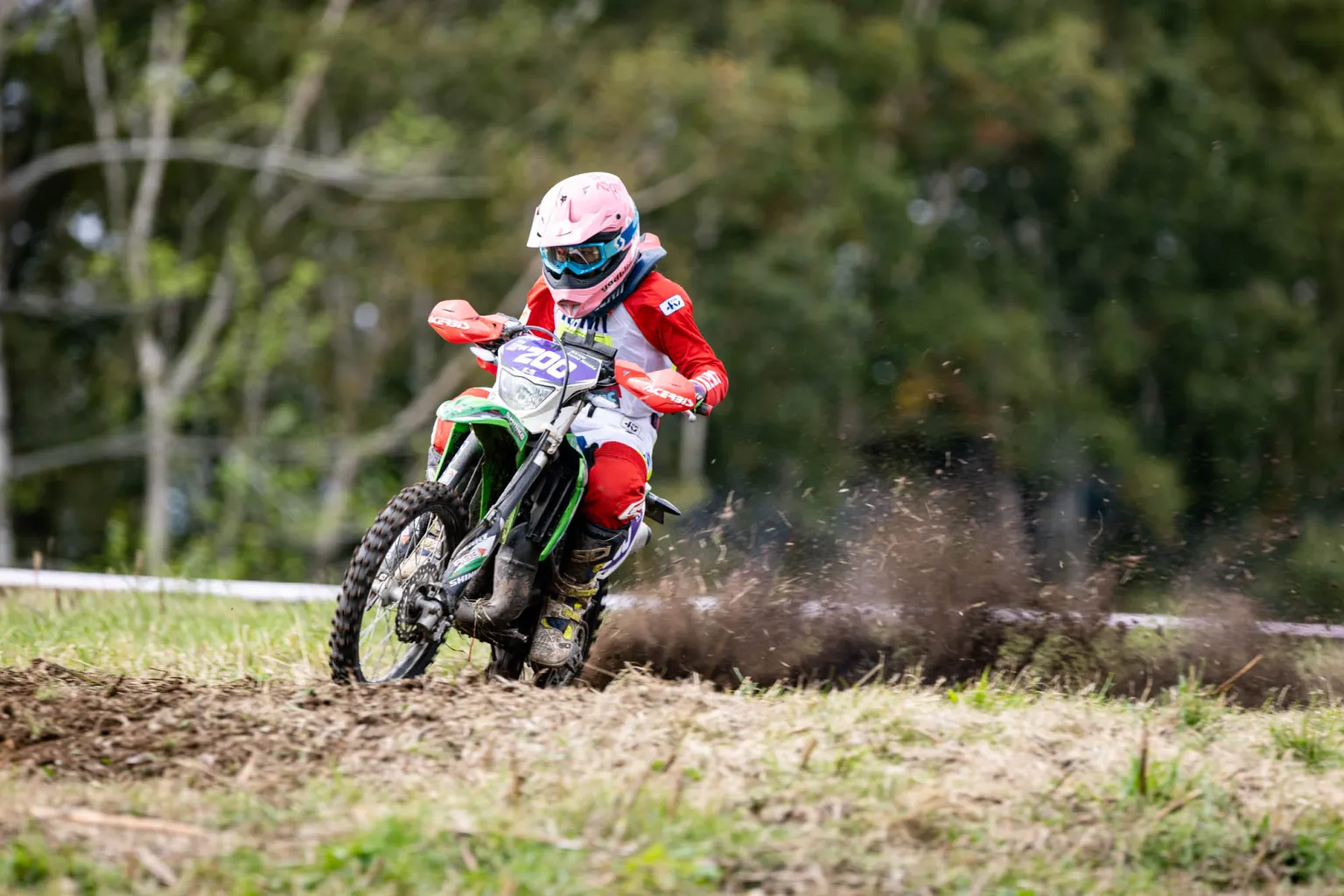 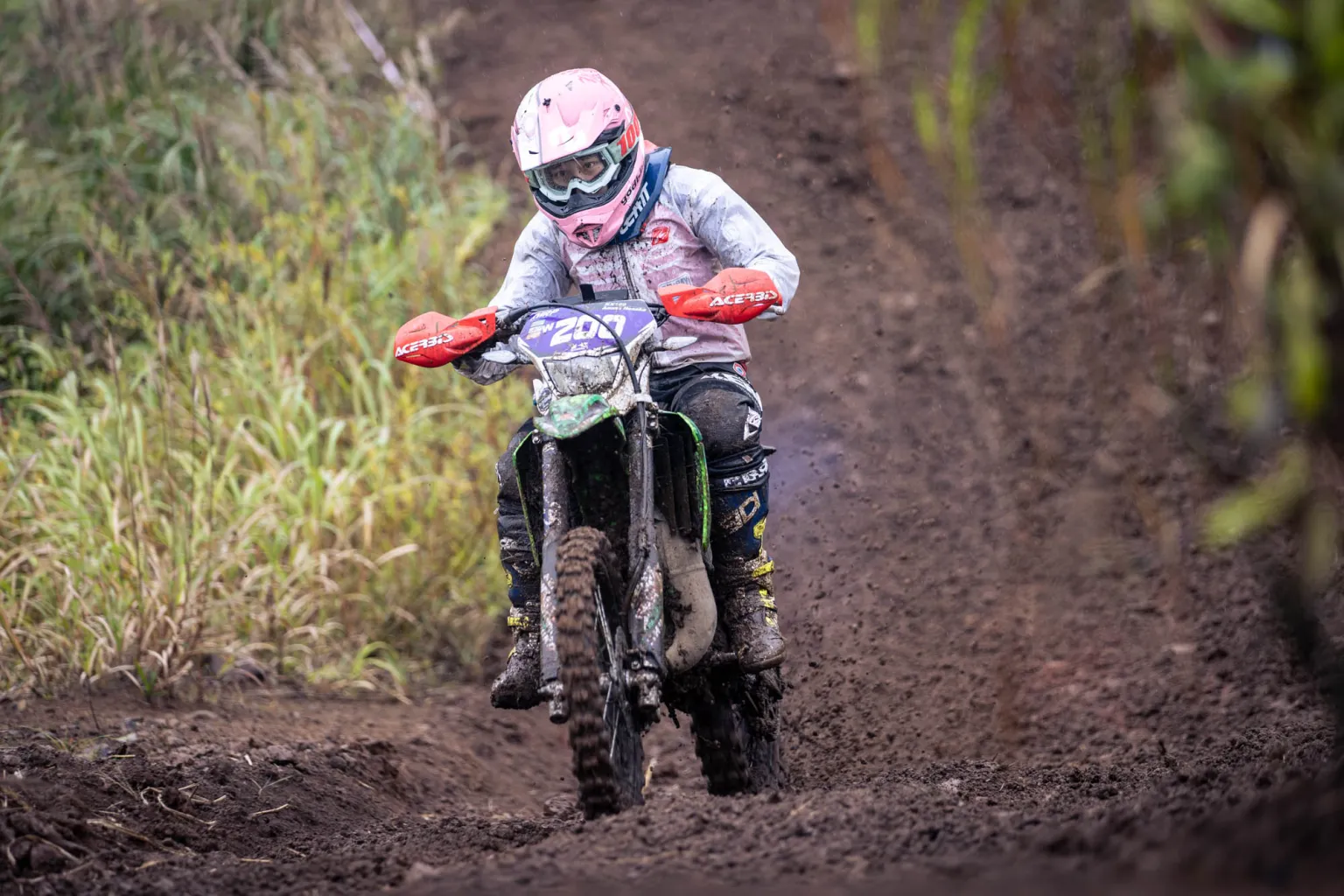 Ryota Baba joined the growing list of riders around the globe claiming titles by winning the 2022 Japanese Enduro Championship (JEC) round, the Rusutsu two day enduro in Hokkaido.

It’s been a long season for the JEC competitors who have still been dealing with covid restrictions since the series began in March. The final round on Hokkaido brought plenty of drama with the championship points leader suffering a DNF of day one, setting up a showdown for the final stage on Sunday.

As with the World Championships, the JEC series is structured so that each day is counted as one round, and Saturday and Sunday are two independent rounds at the Rusutsu 2 Day. The stage for the Hokkaido round was the same as last year, at a ski resort close to Niseko area with two enduro tests of about five kilometres connected by a transfer including mountain roads of about 40km. Saturday morning started under dry conditions. 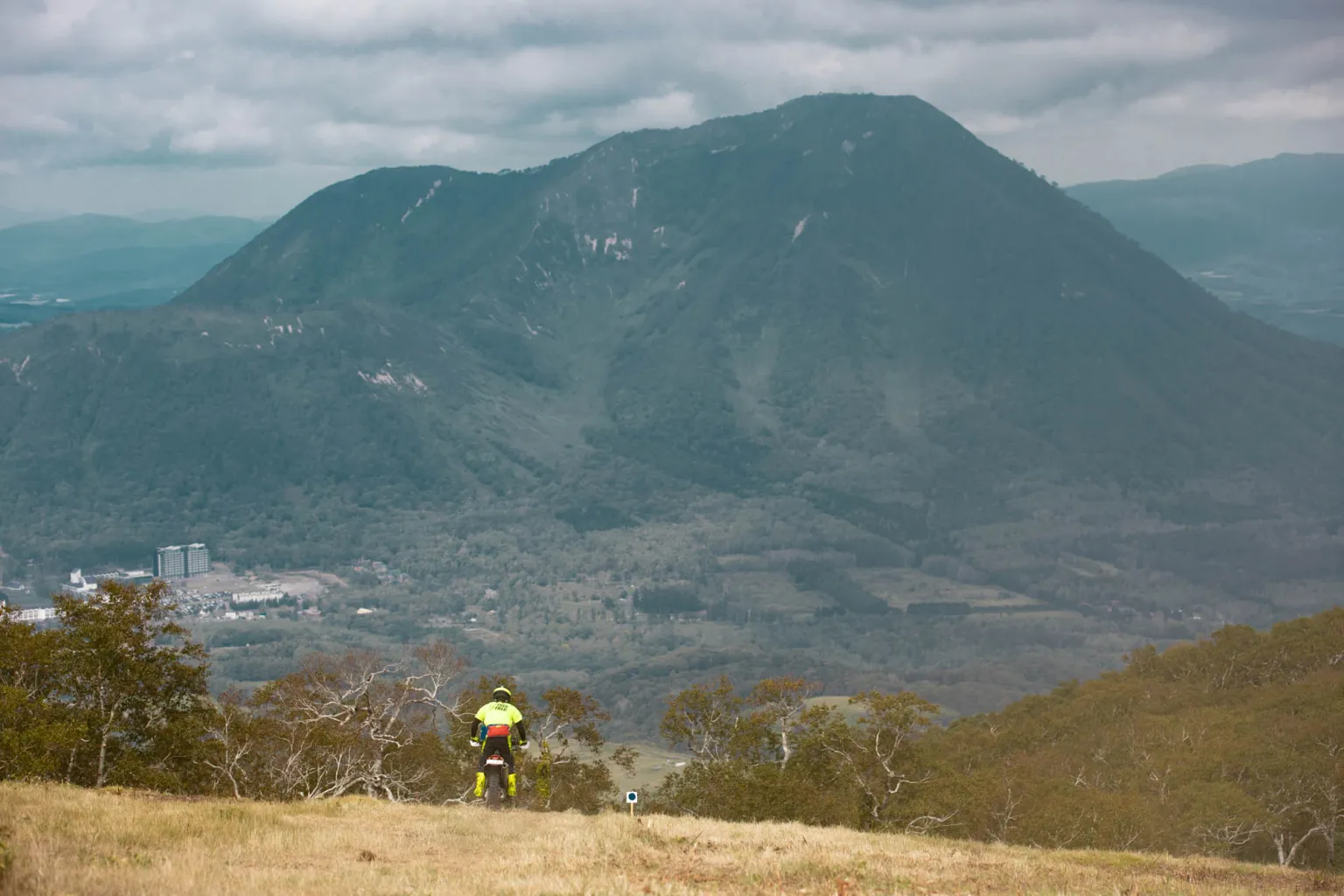 The elite, A class saw drama on day one in Hidaka when Ryota Baba, who had won all but the previous round of the ’22 JEC season, retired early due to an electrical failure. His championship was still on track but it put pressure on the factory Yamaha rider to perform on day two.

Instead, it was 200cc Beta-mounted Tadashi Kugimura who showed best in the final weekend by setting the fastest times in five of the six tests.

Former MX rider Yoshitaka Atsuta on a GASGAS finished 28 seconds behind in second place, and another GASGAS rider Yoshikazu Hosaka in third.

Tadashi Kugimura: “It was good to be riding well today. The chances of winning the title in tomorrow’s race aren’t great, but we don’t know what will happen until the end, so I’ll do my best tomorrow as well.”

Day 2 rain adds to the drama

The weather on Sunday contrasted the previous day with rain just before the start, making the two special tests slippery. It didn’t stop Yamaha’s Ryota Baba, who retired from the race the day before due to an electrical failure, completing repairs and starting the final day.

He was the headline act of the day in the end and although he finished in third place, it was enough to win the 2022 JEC championship.

Beta’s former JEC champion Kugimura maintained his good form across the weekend and continued to set good times in the special test in the rain. As a result, Kugimura achieved a double win in this final round ahead of Hosaka in second place, with Baba completing the podium.

Baba won the 2022 JEC title with this championship point and the popular rider was congratulated by many supporters in the paddock. “I ran safely with the intention of winning the title today.” Explained Baba. “It's frustrating that I was so far away from Kugimura for that reason. But I’m happy to be the champion. Thank you to everyone who has supported me.”

In the B class, 4T350 Beta mounted Akira Sunada won both days, and in the women’s class, Asuna Hosaka won both days. Next year’s Hokkaido round will be held in Hidaka for the first time in four years.