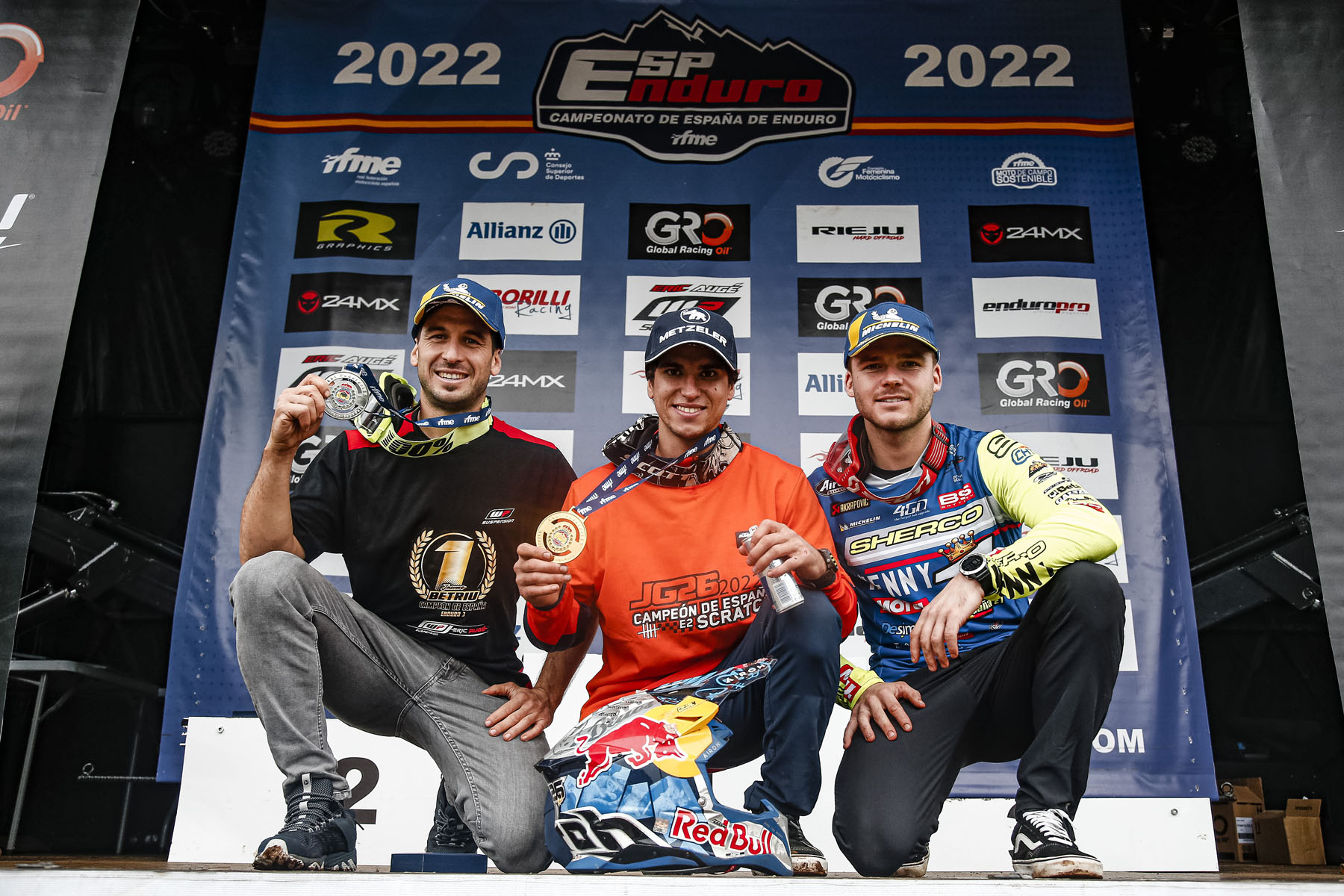 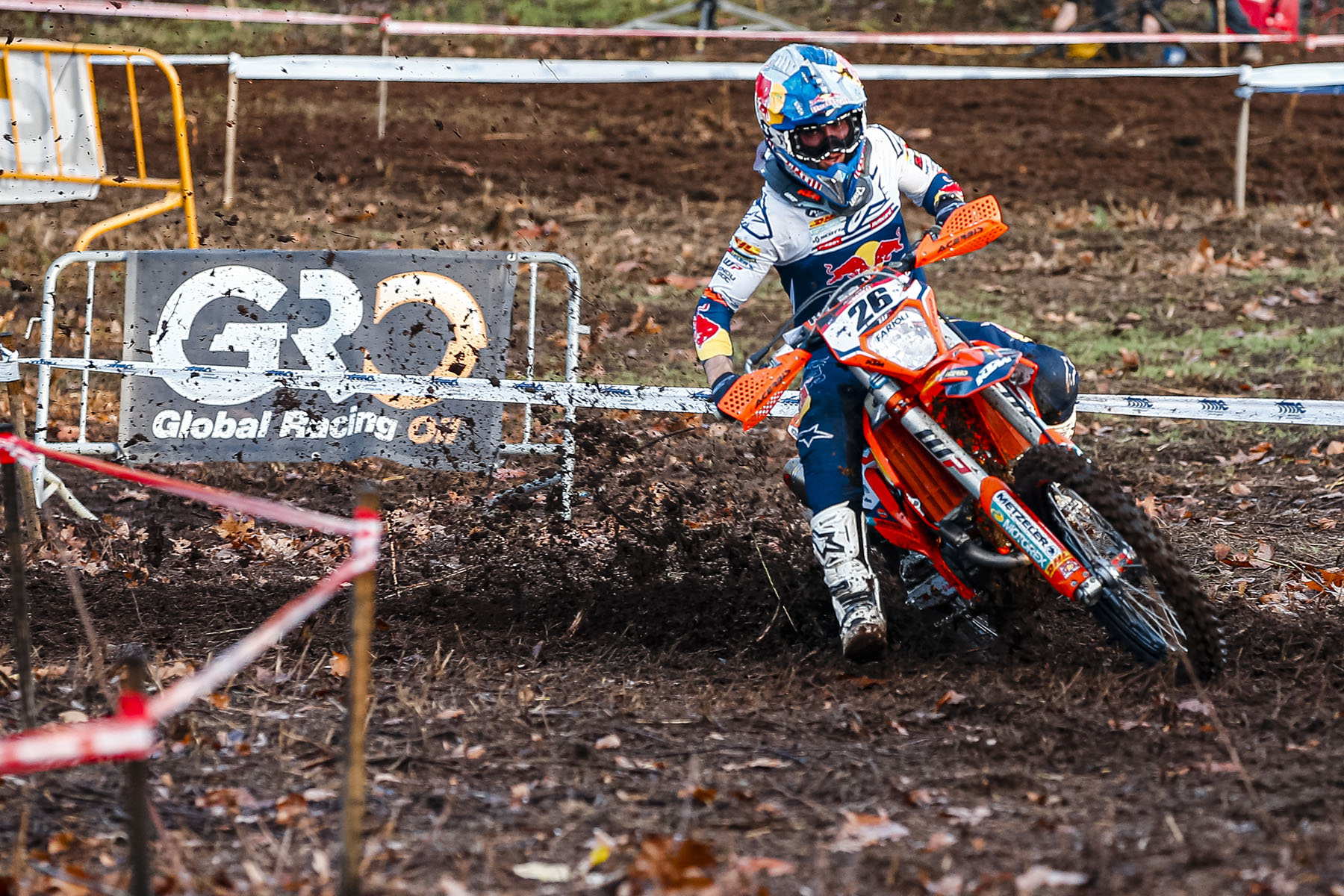 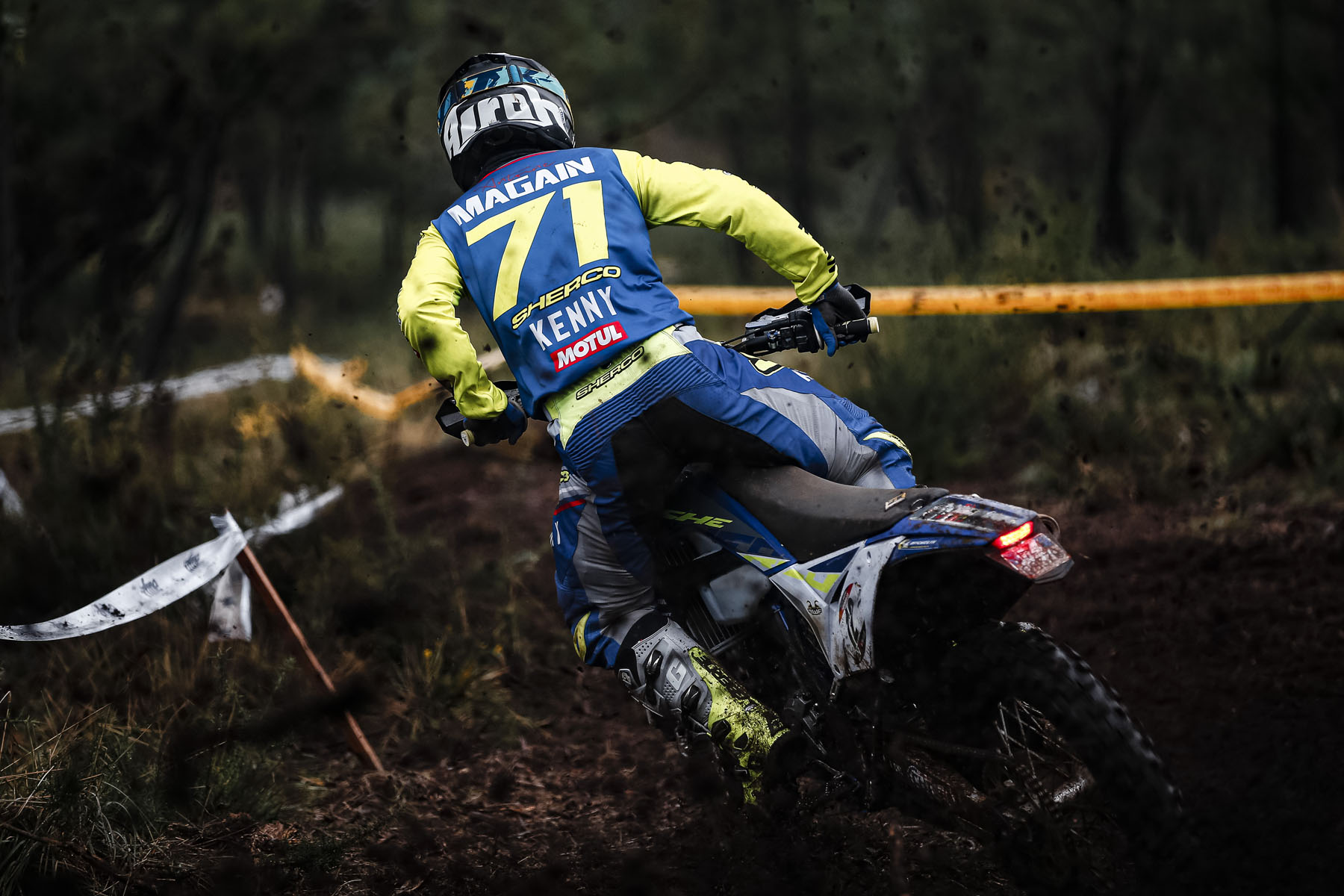 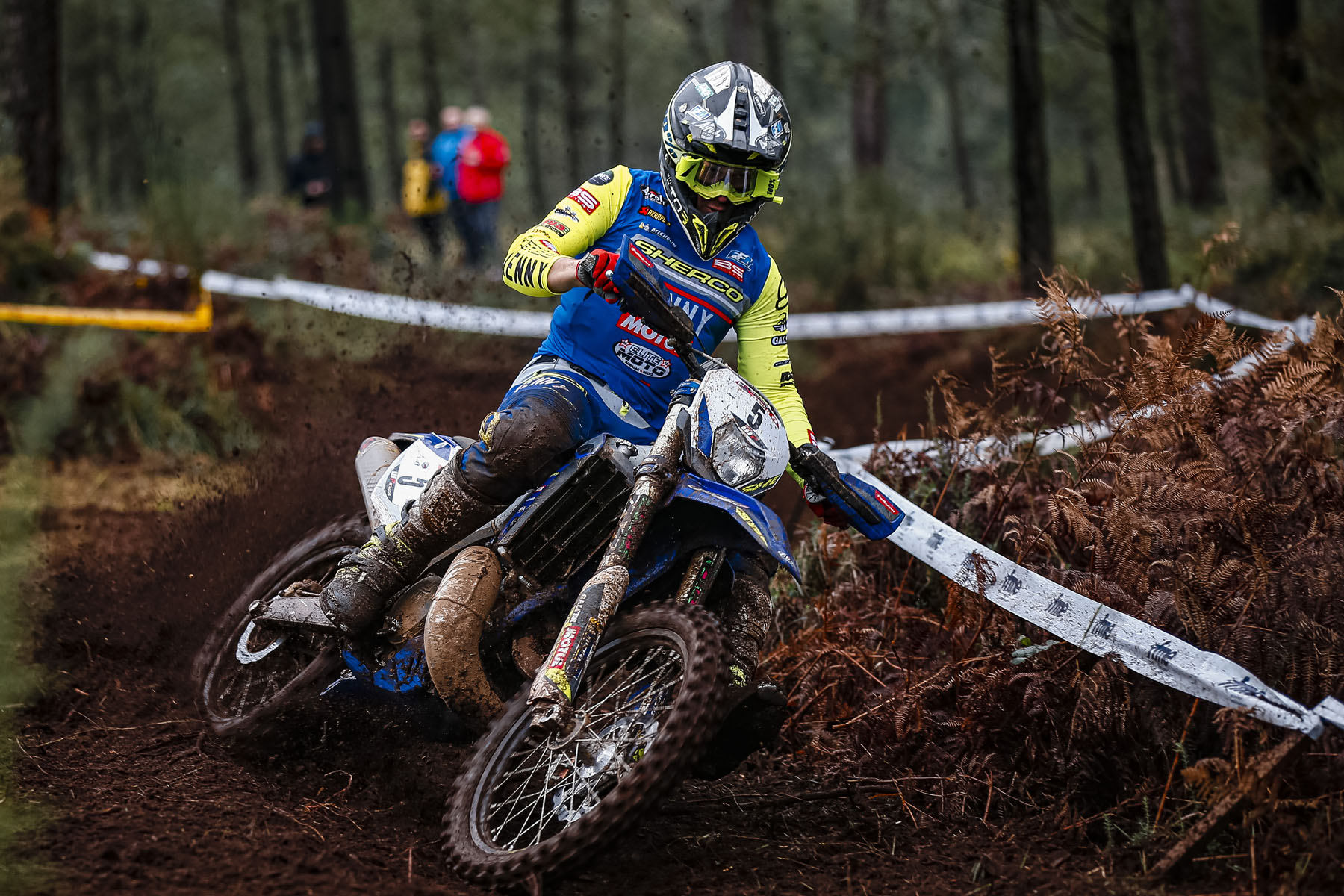 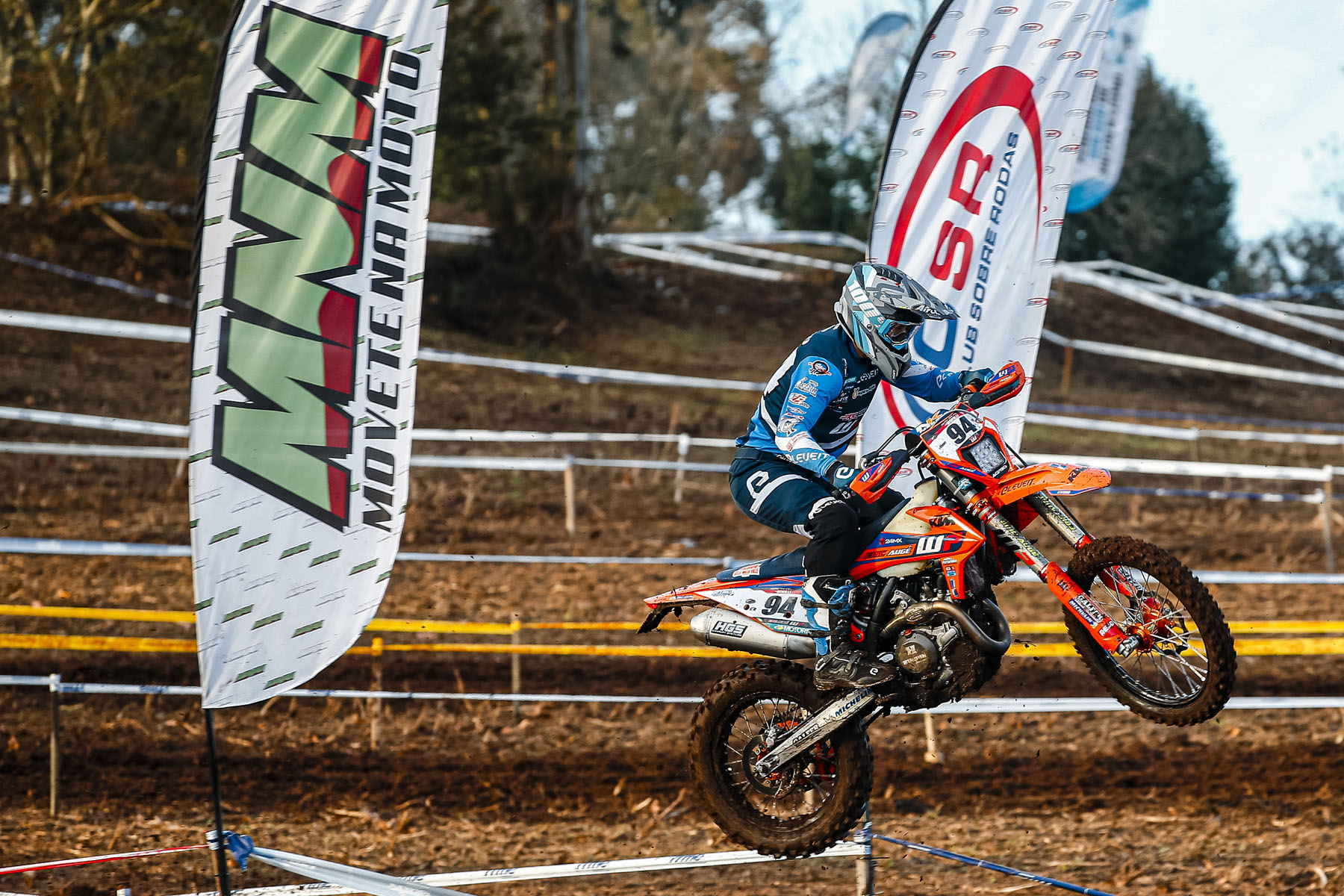 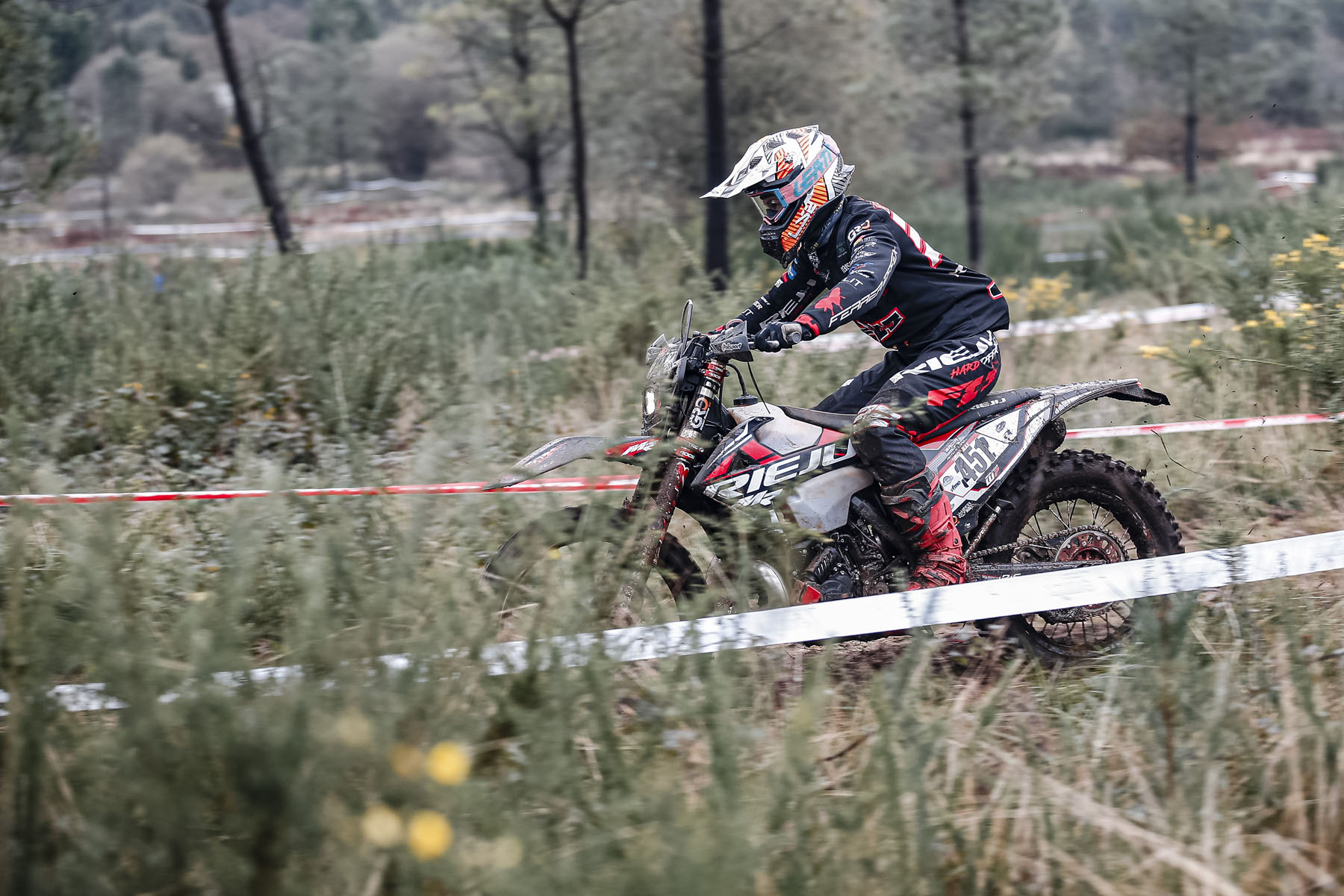 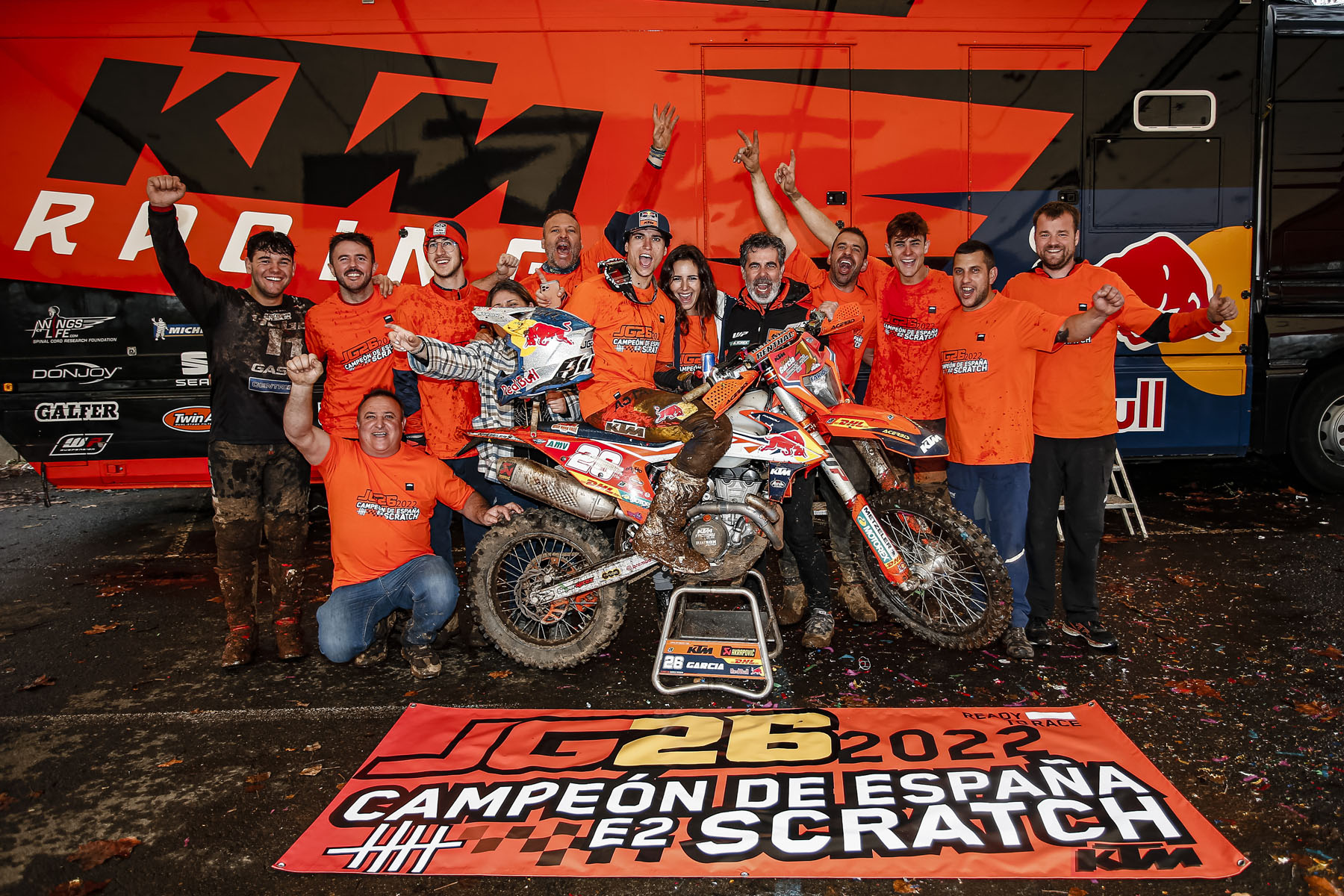 Josep Garcia rounded off a near perfect season with a double victory in the mud at Santiago de Compostela to win his fifth consecutive Spanish Enduro Championship victory – Sherco riders invade the podium as ’22 wraps up in Galicia.

Winning both scratch overall and E2 class in his native RFME Spanish Enduro Championship has become something of a ritual for Red Bull KTM’s Josep Garcia. Josep just finished the ’22 season with a double win at the final weekend’s racing at Santiago de Compostela.

Following a perfect scoring season, the odds were stacked in his favour but Garcia gave no quarter in Santiago by starting the weekend taking the Supertest on Friday and wiping out all opposition in the two days of racing despite the mud and rain.

Despite the tough conditions, or maybe because of them, the Catalan rider won with a huge 2m5s advantage on Saturday and 2m45s on Sunday, to conquer his fifth consecutive double as champion of Spain in the scratch and E2 category – Josep has won E2 for the last three years and the two previous years was E1 champion.

With a long official season over which began in the USA racing GNCC, Garcia has one last race, the Enduroc enduro party at Les Comes near Barcelona.

“We arrived here in Santiago with everything going for us, but it is a two-day race and we have to finish it first, even more so with the double points on the second day.” Garcia commented. “I’m always good at racing here and I like it a lot. I felt good all weekend despite the conditions which didn’t make it easy at all. It was a real enduro race and I am very happy to have won both days.

“We have achieved another championship in Spain, which was already the goal, but it is never easy to make it a reality. Now to the Enduroc to enjoy the enduro party.”

RFME Spanish enduro Championship final round in a nutshell: 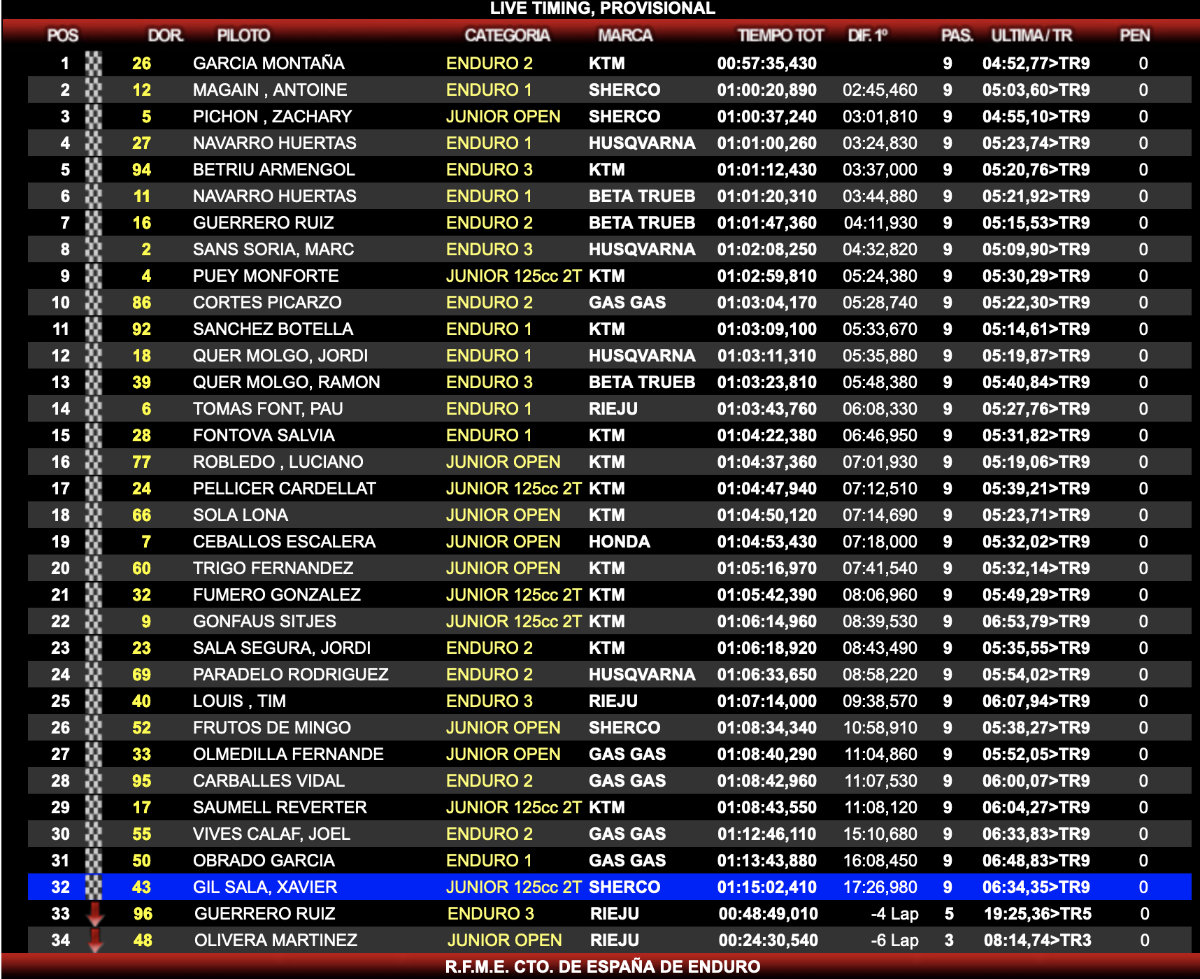