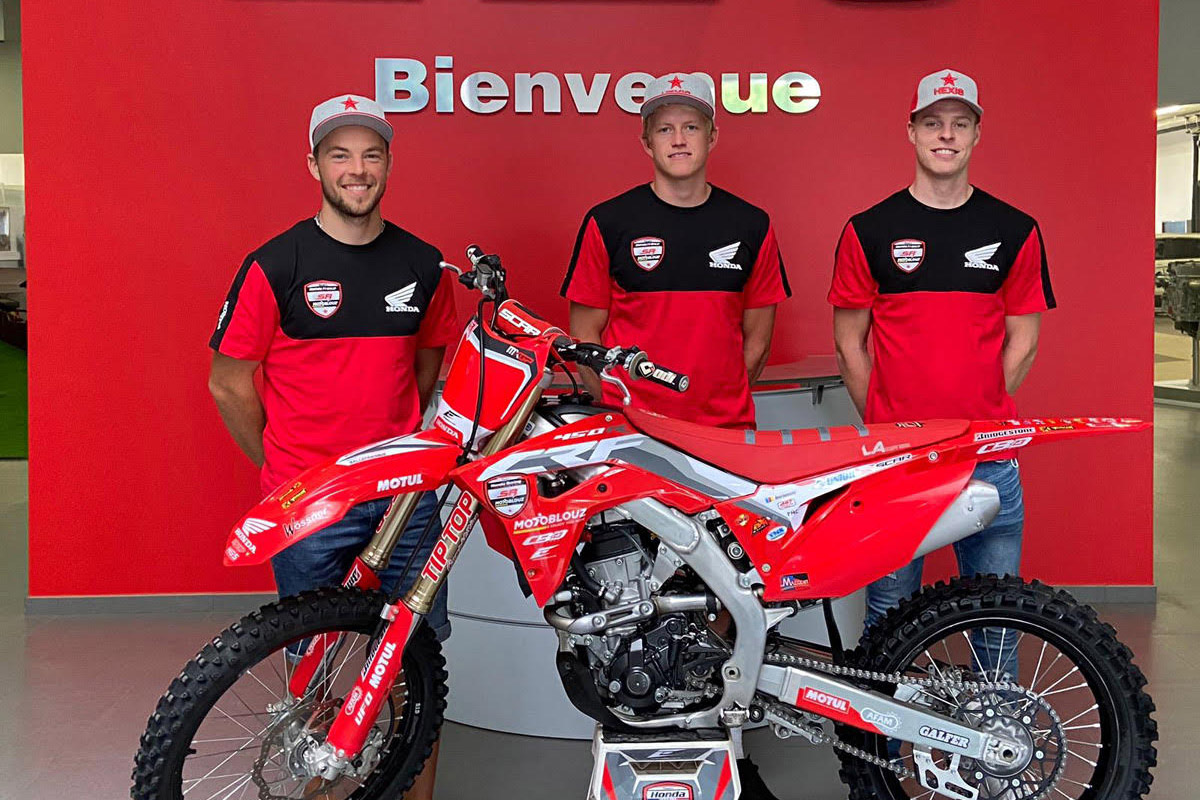 With the 2020 WESS series due to begin in just three weeks, September 19-20 at Hawkstone Park, Watson is a serious scalp to take away from KTM where he has enjoyed success at first in MXGP before moving to EnduroGP where he finished runner-up in the 2016 E1 World Championship. KTM then famously switched allegiance to the WESS series where at times the races have played into Watson’s traditional enduro skillset – not least when he won the 2019 Hawkstone Park round.

But Nathan’s talent was never best placed tackling events like the Red Bull Romaniacs, Erzbergrodeo and Extreme Lagares and on the flip-side he has seemingly reveled in the last two winters racing in the French series, capping it with overall title and Le Touquet victory last season.

The SR Honda team participates in MXGP already with Jeremy Van Horebeek and Valentin Guillod. Van Horebeek has contested selected beach races in recent years with the French-based team which says the time had come to “build a second team to address the sand campaign with all the assets necessary to win”.

SR Honda team boss Josse Sallefranque not only succeeded in convincing Watson but also long-standing rider coach in the KTM camp, Christophe ‘Tof’ Meyer. Tof is well-known in enduro paddocks and has been a kind of guru to the KTM enduro team riders for around a decade. He is said to have signed for three years to coach the team on the sand.

With Watson moving to Honda and his former teammate for the beach races Camille Chapeliere switching to rally, there is added fuel on the speculation fire that KTM will not contest an official team in the French beach racing series this winter.

Nathan will lead a team of three including Lars Van Berkel (sixth in the 2019 Le Touquet) and Richard Fura at the Championnat de France des Sables which begins on October 11 in Berck and concludes at Le Touquet on January 22-24, 2021.