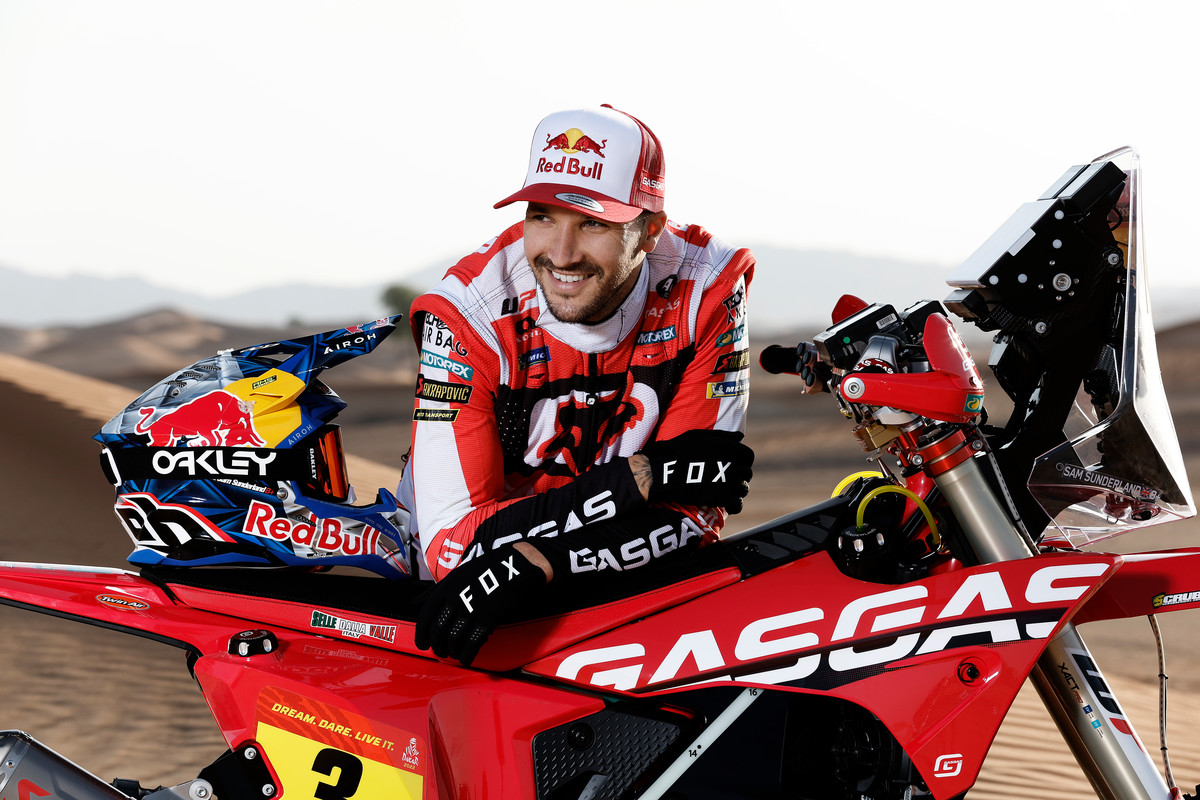 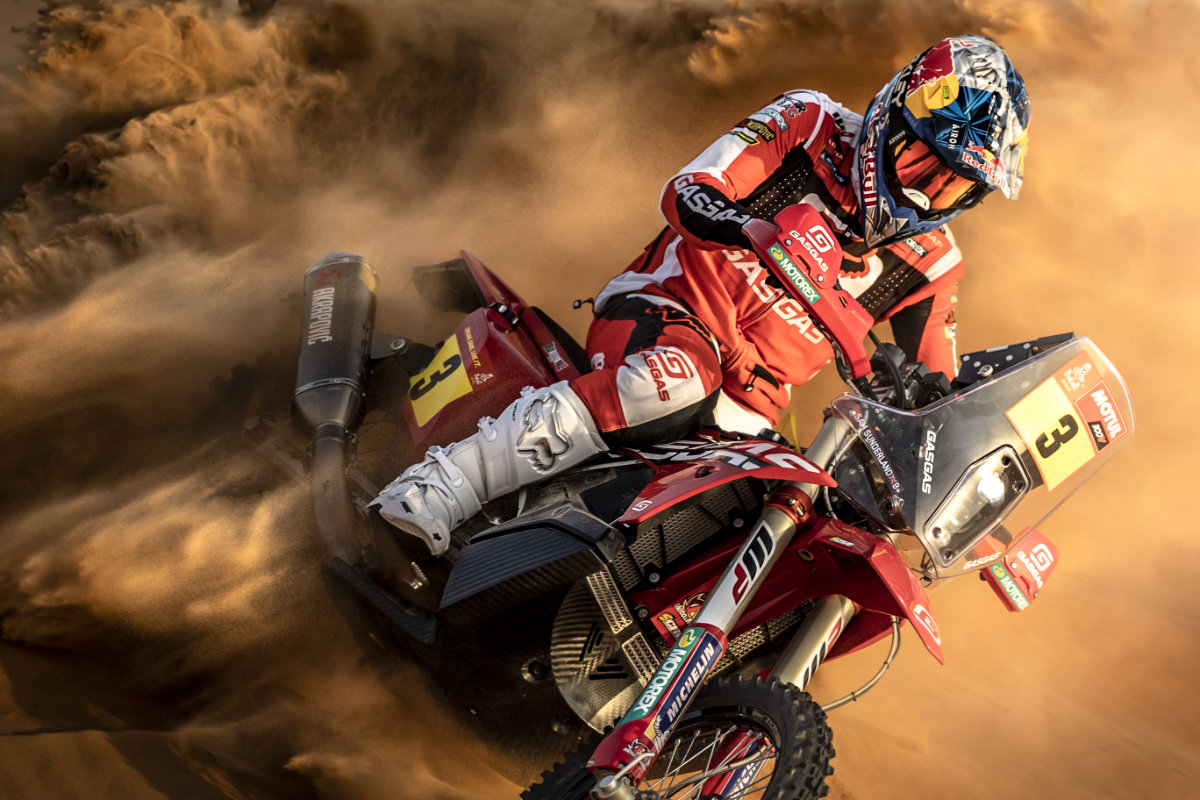 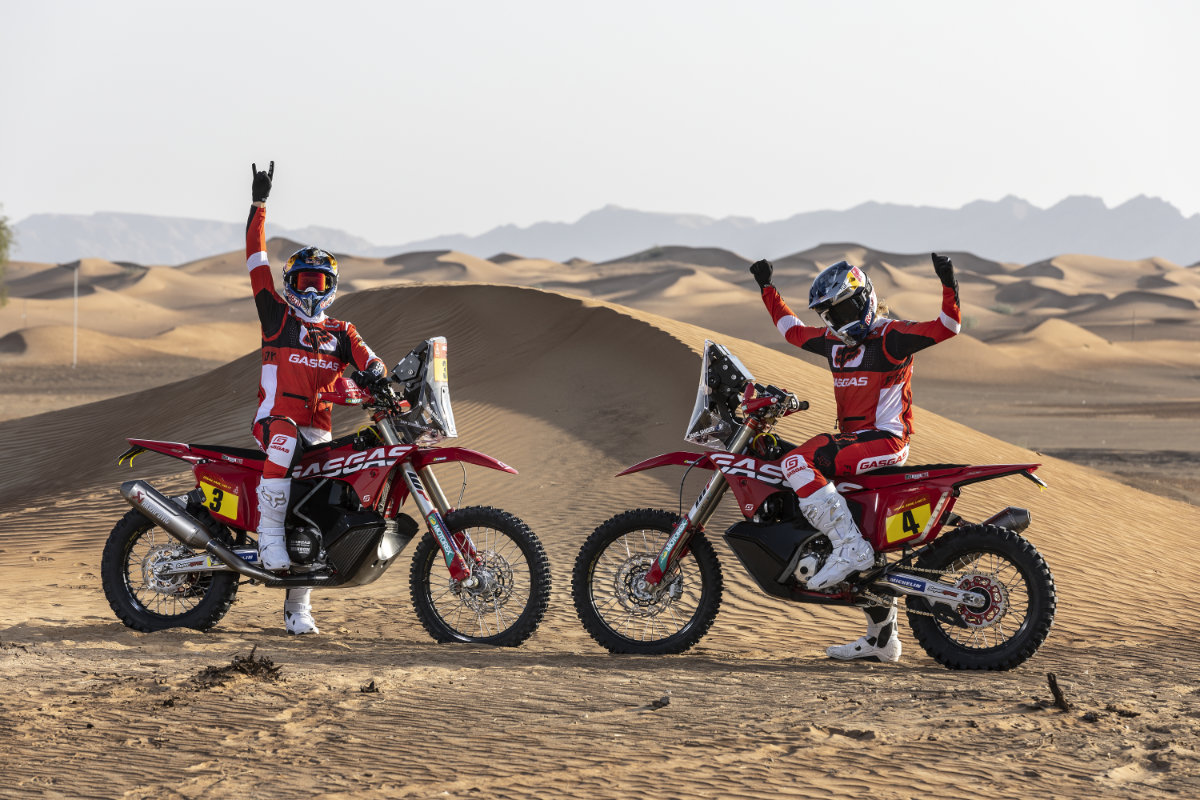 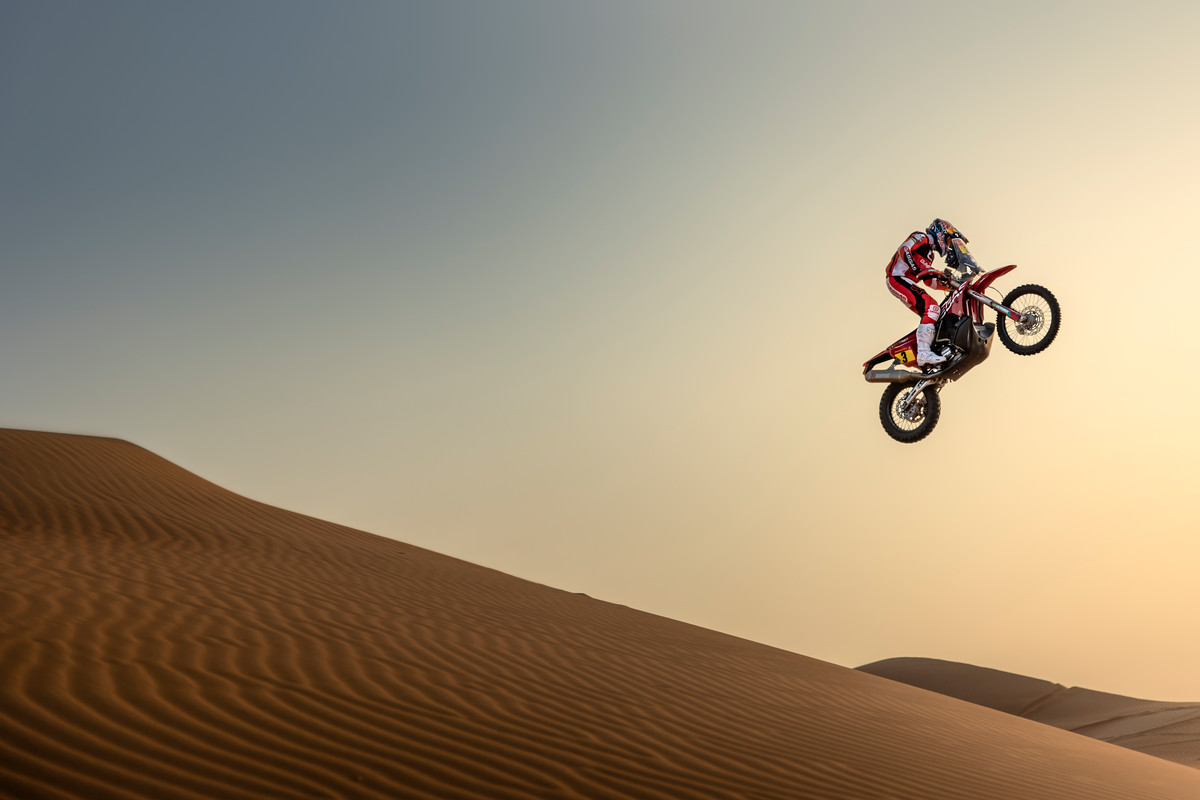 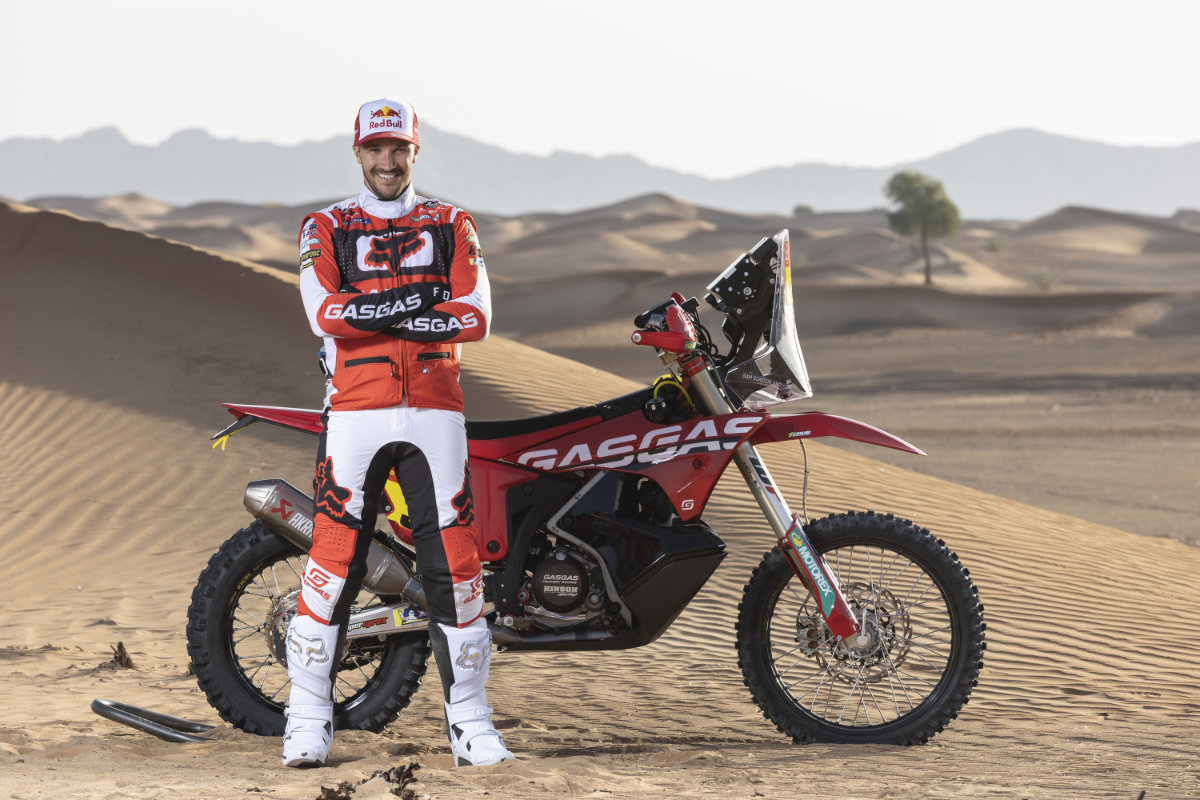 With the start of the 2022 Dakar Rally just over one month away, GASGAS Factory Racing has announced that Sam Sunderland, 2017 winner of the race, has signed for the red camp alongside Daniel Sanders.

GASGAS say they are “adding even more talent to our global racing efforts” in bringing Sam Sunderland across from the always string in numbers KTM Rally team to double the number of riders under the red GG awning. The team appears to be making a mission statement for the 2022 Dakar Rally by signing Sunderland who is not only a former Dakar winner (2017) but twice podium in the last three years and the 2019 world champion.

“It’s super exciting for me to be joining the GASGAS Factory Racing team.” Says Sam. “It’s a relatively new team but with strong foundations and a lot of expertise behind the program. For sure it’s a new challenge and a new opportunity for me and it gives me a lot of confidence being within similar surroundings, so I can focus on the job at hand.”

Daniel Sanders, who was the best rookie last year after finishing fourth and has finished third in this year’s FIM Cross-Country Rallies World Championship, will be joined by

Sunderland is one of the most established riders at the Dakar and though obviously the GASGAS, KTM and Husqvarna teams share very common ground, his presence alongside the best rookie and fourth placed finisher in 2021 creates a very strong squad.

“So far, everything has been really positive.” Continues Sunderland. “I’ve been fortunate enough to have spent some time on the bike recently and I can’t wait to start racing. My goal is to win the Dakar again and claim the first win for GASGAS too, so I’m really motivated and excited for the future. It’s cool to be racing in new colors and I’m looking forward to coming out swinging at the Dakar on the red bike.”

Speaking about having Sam alongside him at GASGAS, Daniel Sanders seems pumped to have a new teammate after Laia Sanz’s departure to four wheels for Dakar 2022. “Being able to be one of the faces of GASGAS for another year, especially alongside Sam, is really cool. I’ve just finished up my first full season of racing rally and I’m certainly looking forward to another! It’s not all that long until the Dakar starts and with the world championship coming up pretty soon after that, it’s going to be another busy year. I’ve learned so much in 2021 and I’m excited for the future, the opportunity that I have, and I can’t wait to get started again. Let’s go!”