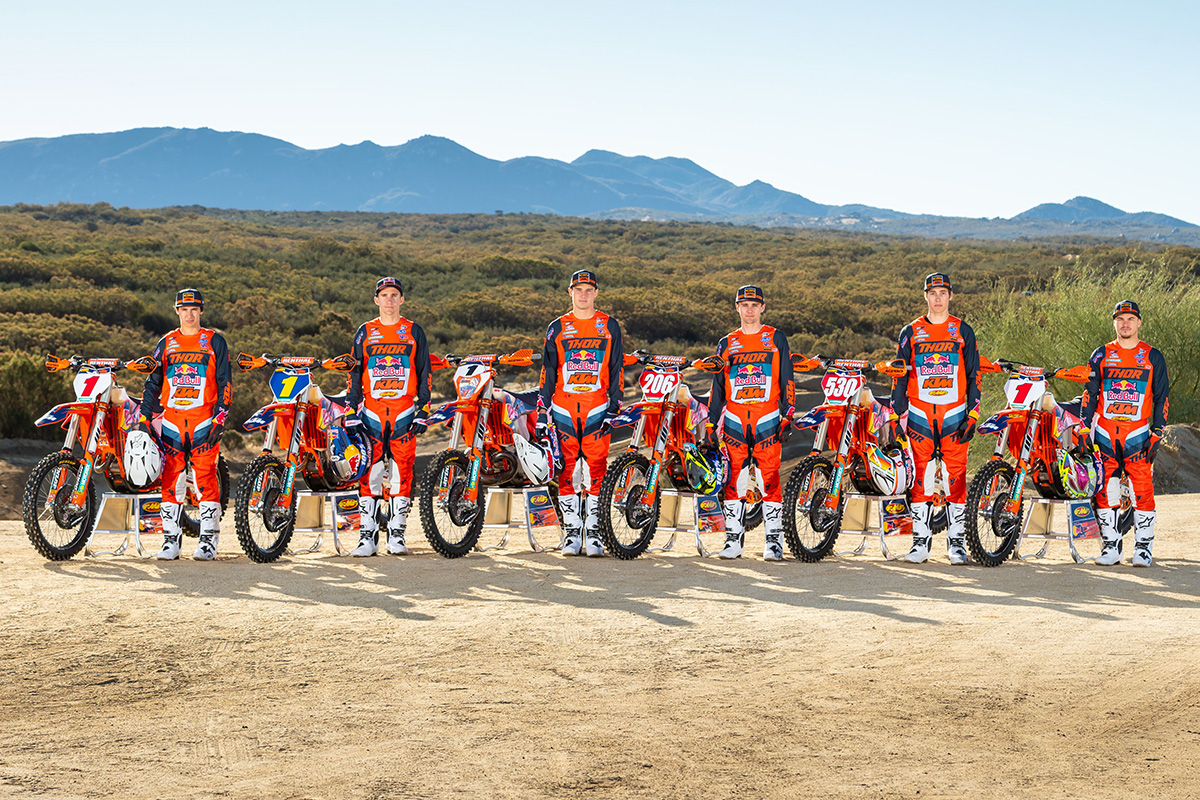 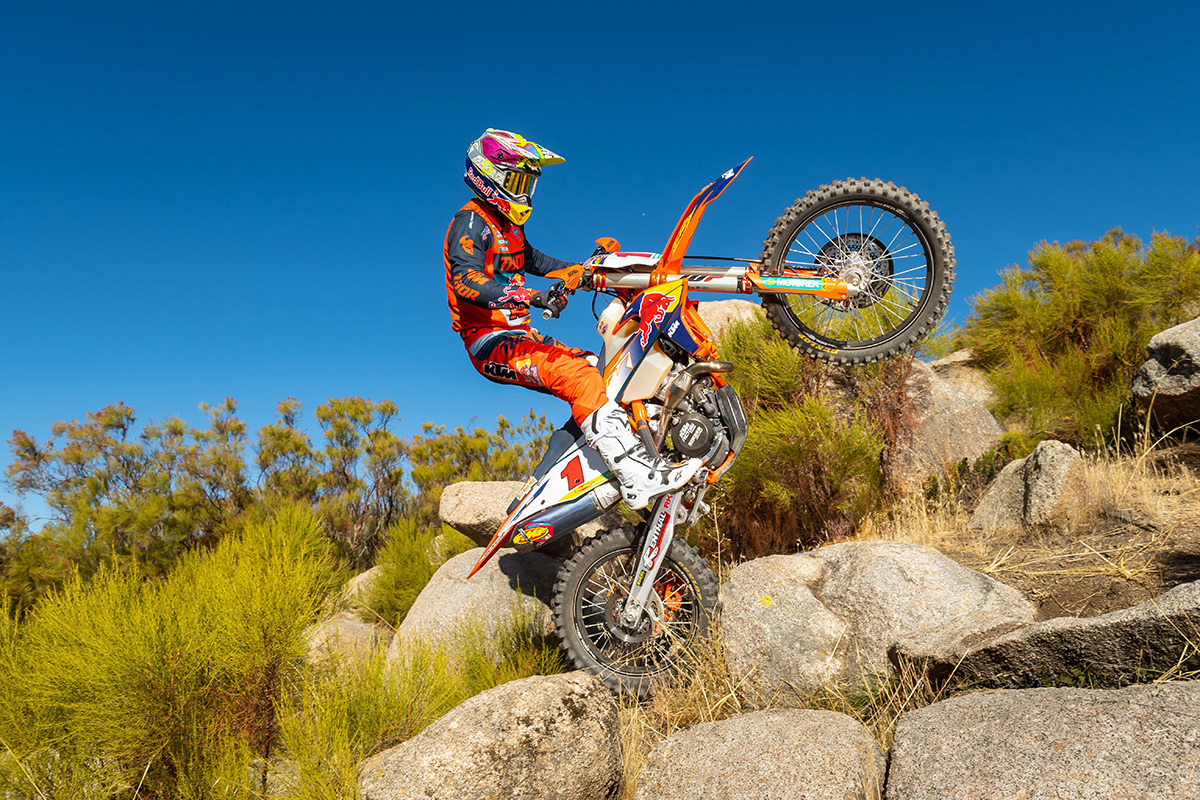 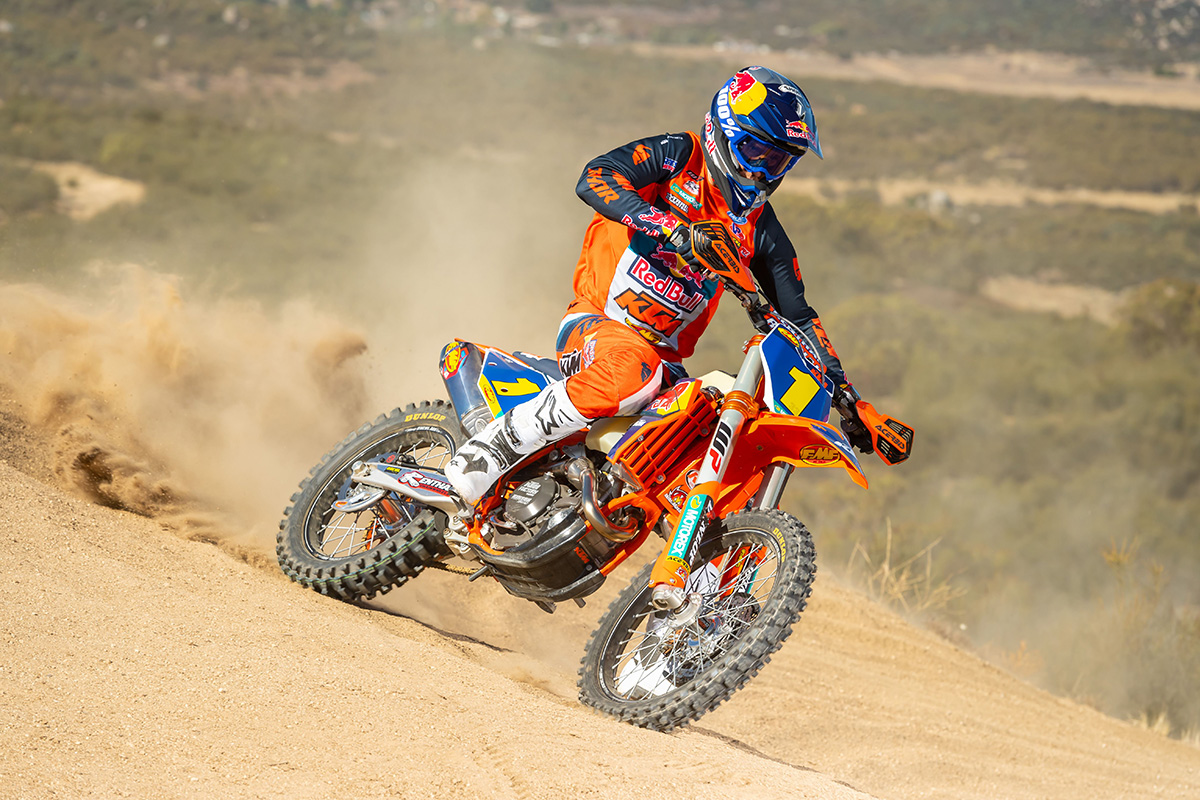 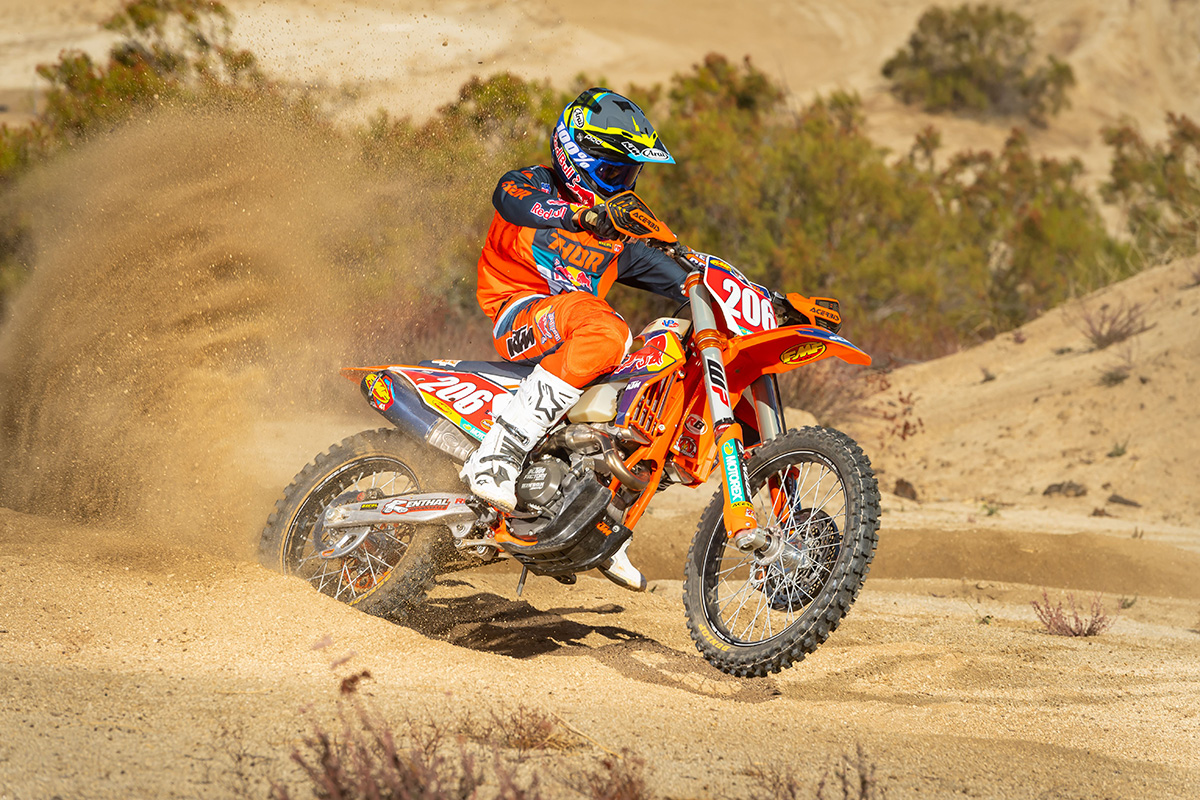 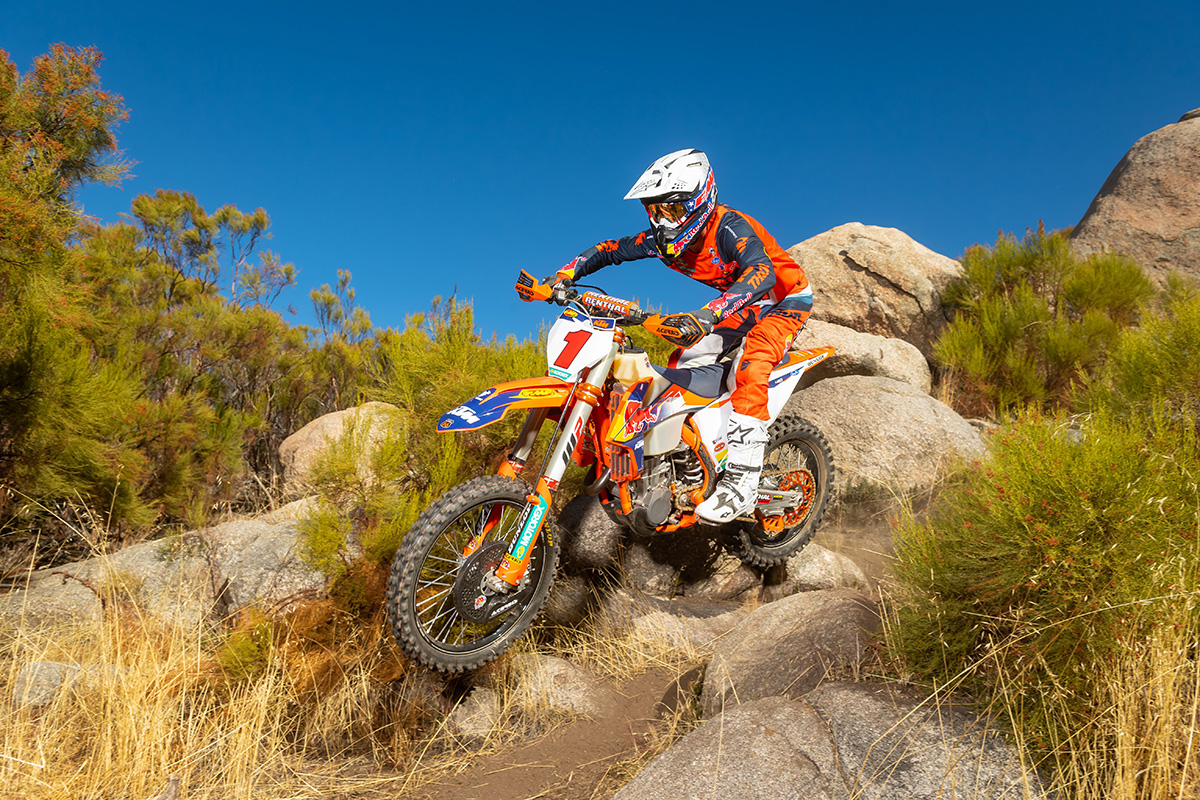 FMF KTM Factory Racing has announced its six-rider line-up with a few twists in the plot for the 2021 season: Taylor Robert going Extreme, a coaching role for Kailub Russell (who also remains onboard aiming for the 2021 ISDE) plus Trystan Hart and Dante Oliveira officially beginning their first full seasons as factory riders.

In his eighth season with the team, multi-time off-road champion Taylor Robert will lead the KTM USA squad into the 2021 season which again also includes east-coast riders Josh Toth and Ben Kelley alongside those newcomers Trystan Hart and Dante Oliveira over in the west side of North America.

Robert, the reigning WORCS Champion, will return to the series in 2021 aiming for his fourth-career title aboard the KTM 450 XC-F. For 2021, the 2016 ISDE Overall Individual Champion is also going to attack the AMA National Extreme Off-Road Championship aboard the KTM 300 XC-W two-stroke.

The 2021 team will welcome two new riders into the full squad. Trystan Hart and Dante Oliveira make the jump to the factory squad after years of solid results under the guidance and support of the highly-successful RPM KTM Racing Team.

Hart most recently clinched the 2020 AMA Grand National Extreme Championship (TKO) and will defend that title plus aim for the AMA EnduroCross Championship in 2021 aboard the factory KTM 300 XC-W TPI and 350 EXC-F machines.

Oliveira, the team’s newest rider, heads into his factory debut as the reigning AMA National Grand Prix Champion and WORCS front-runner where he is expected to contest both championships this season.

Team Manager, Antti Kallonen: “I’m very pleased with our rider line-up and structure for this season. I’m happy to continue with our talented riders such as Taylor, Josh and Ben, who are all aiming for the top step in their respective series.

“I’m also excited to welcome Trystan and Dante to the factory team. They are no strangers to our program as they both raced for RPM KTM Racing Team last year with great success.”